You are the owner of this article.
Edit Article Add New Article
You have permission to edit this article.
Edit
Variety
Home
News
Views
Sports
Business
Arts & Culture
Announcements
Obits
Multimedia
Buy & Sell
Share This
1 of 14 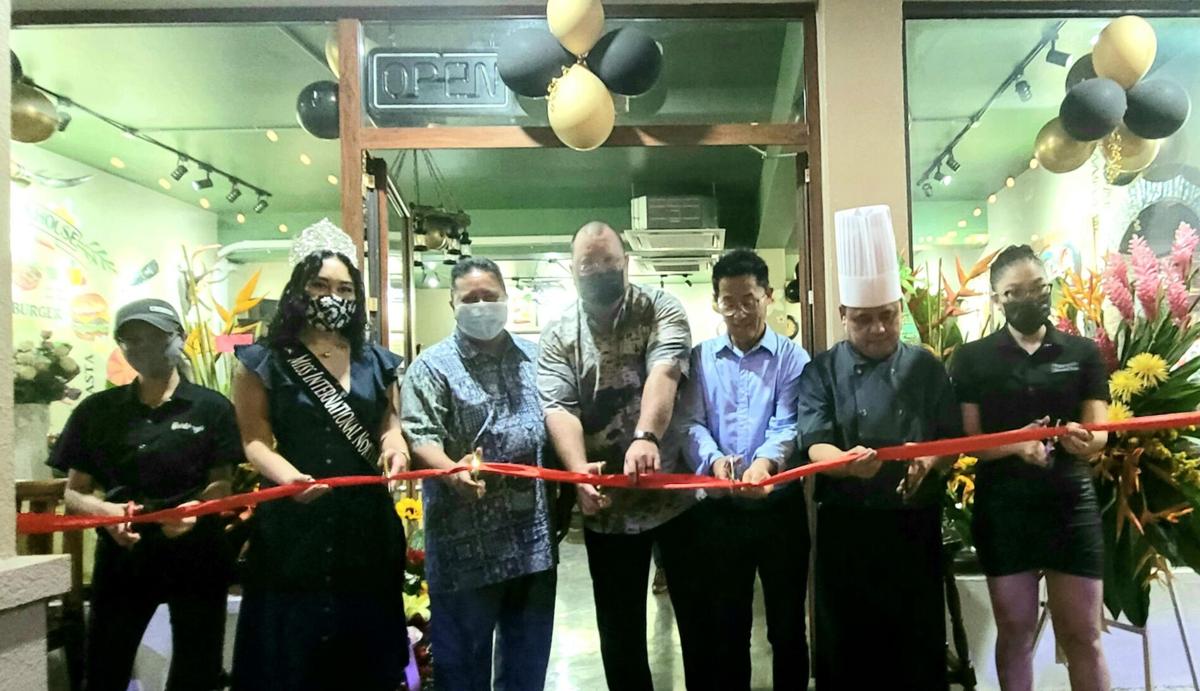 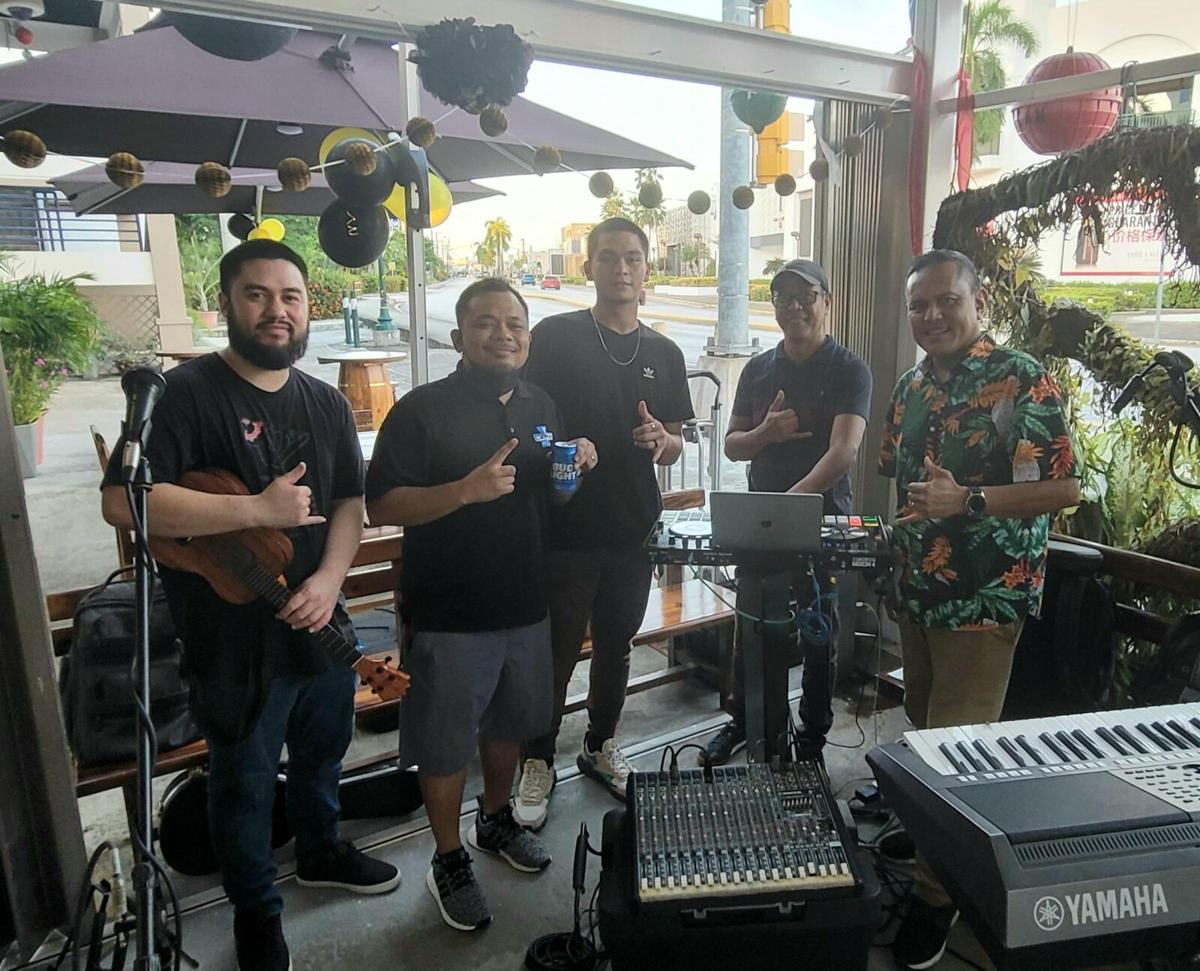 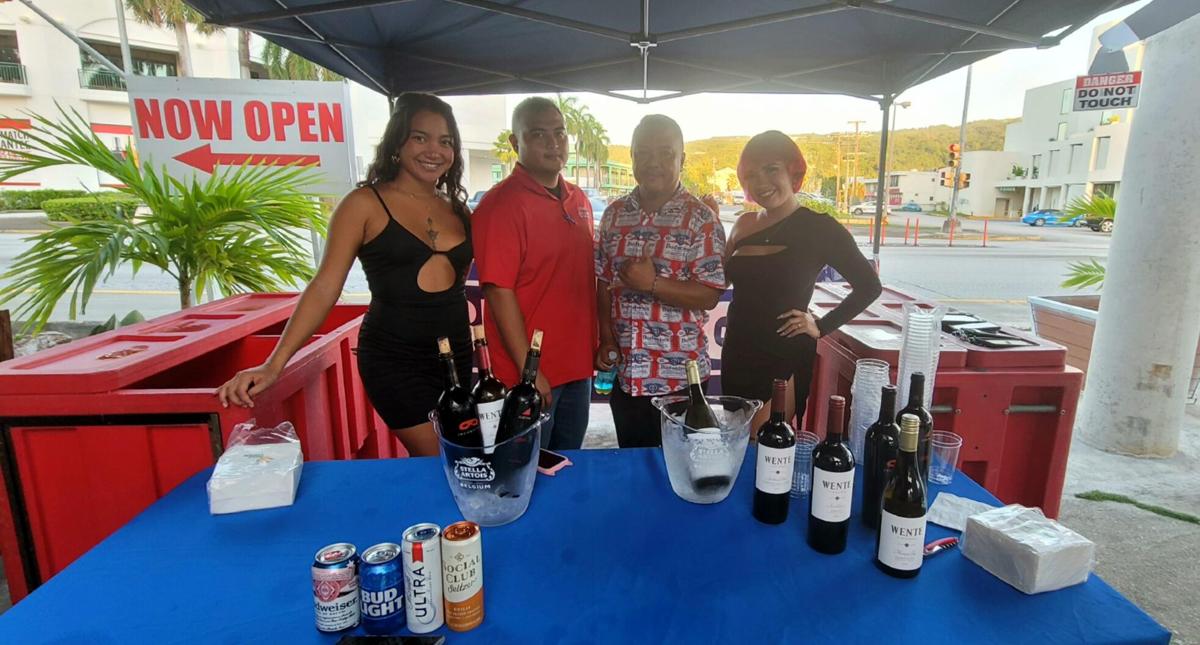 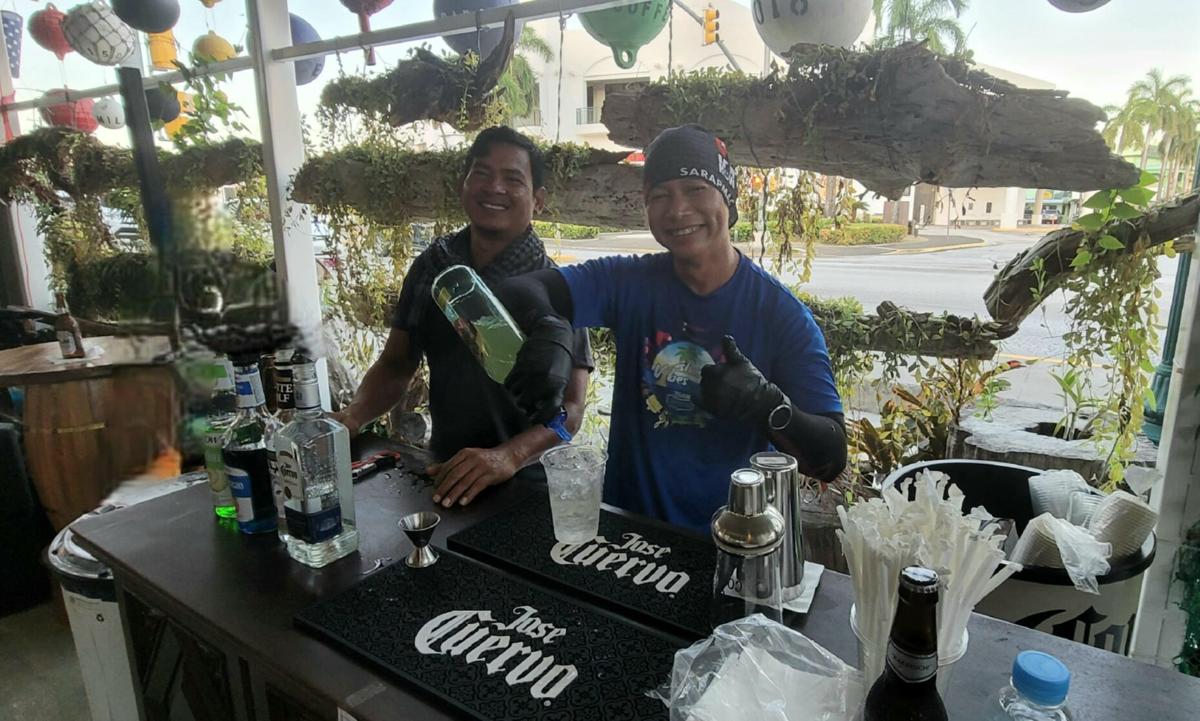 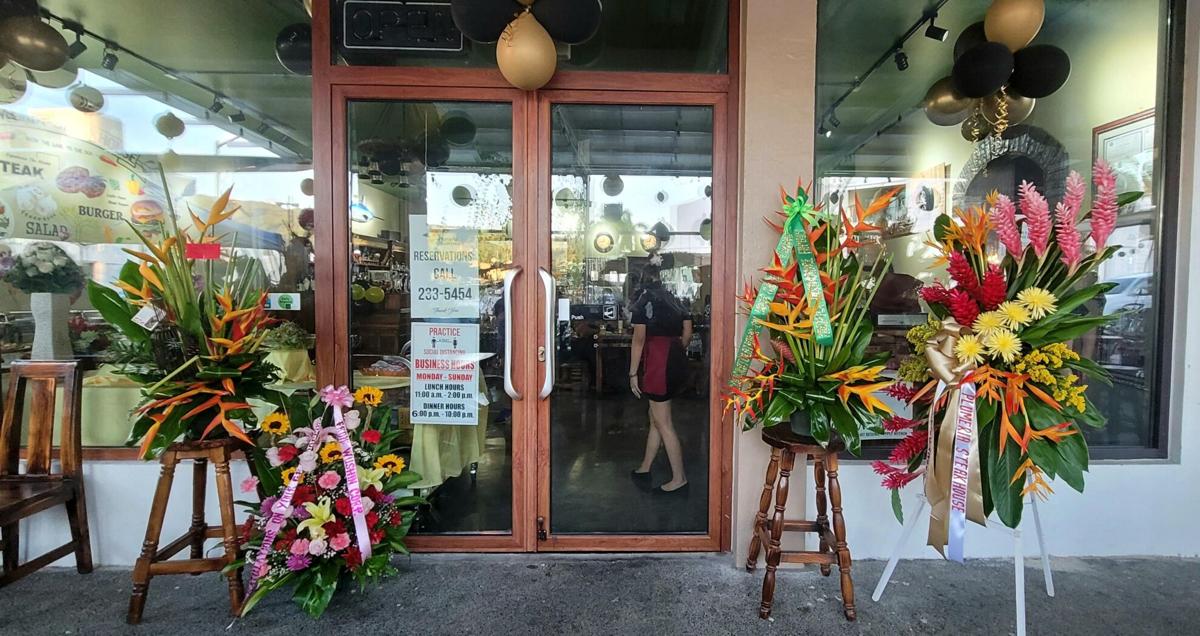 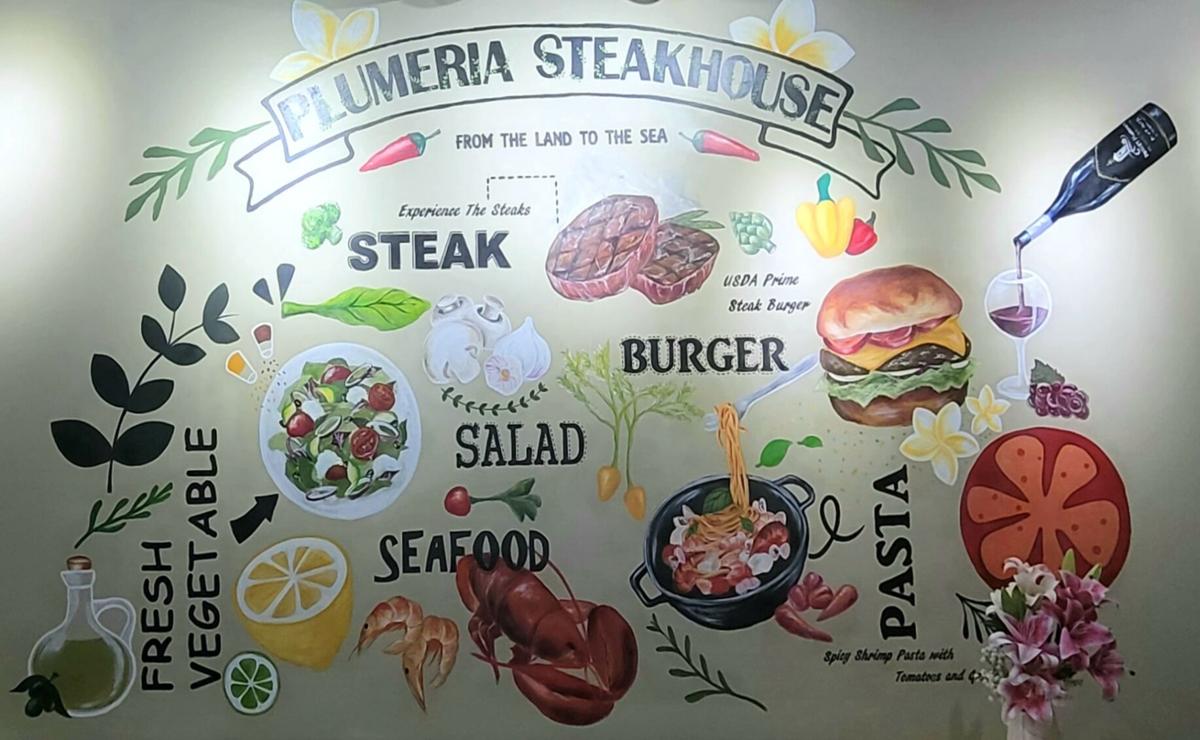 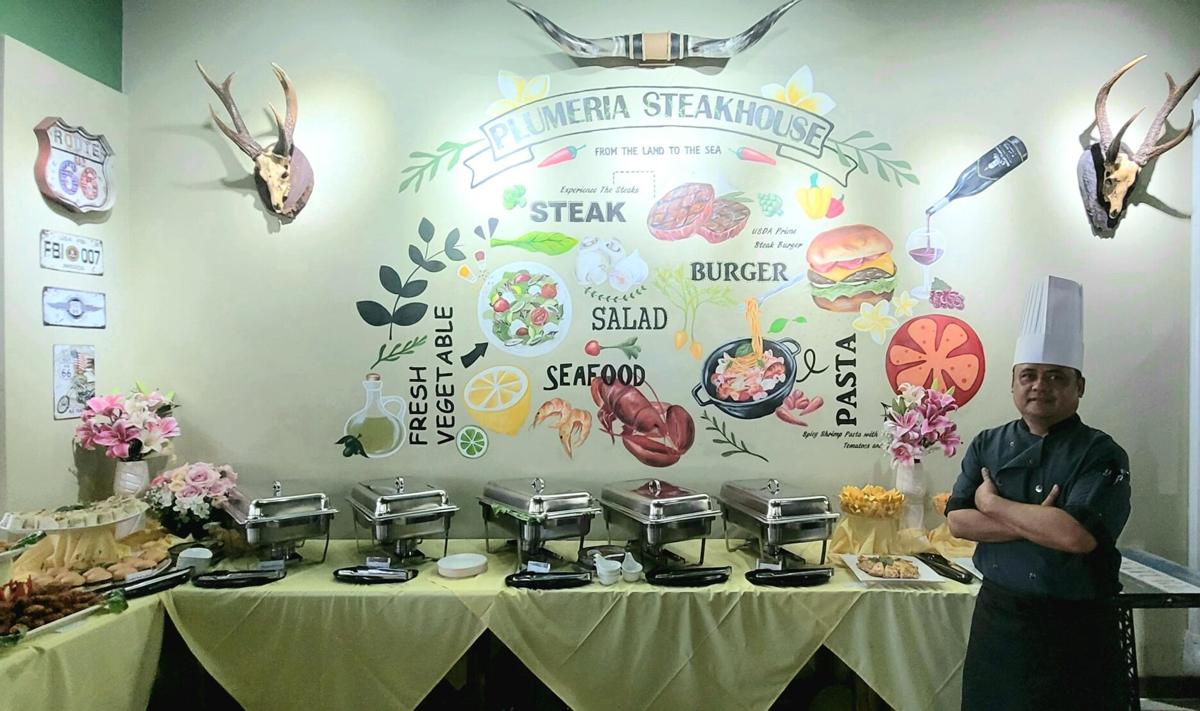 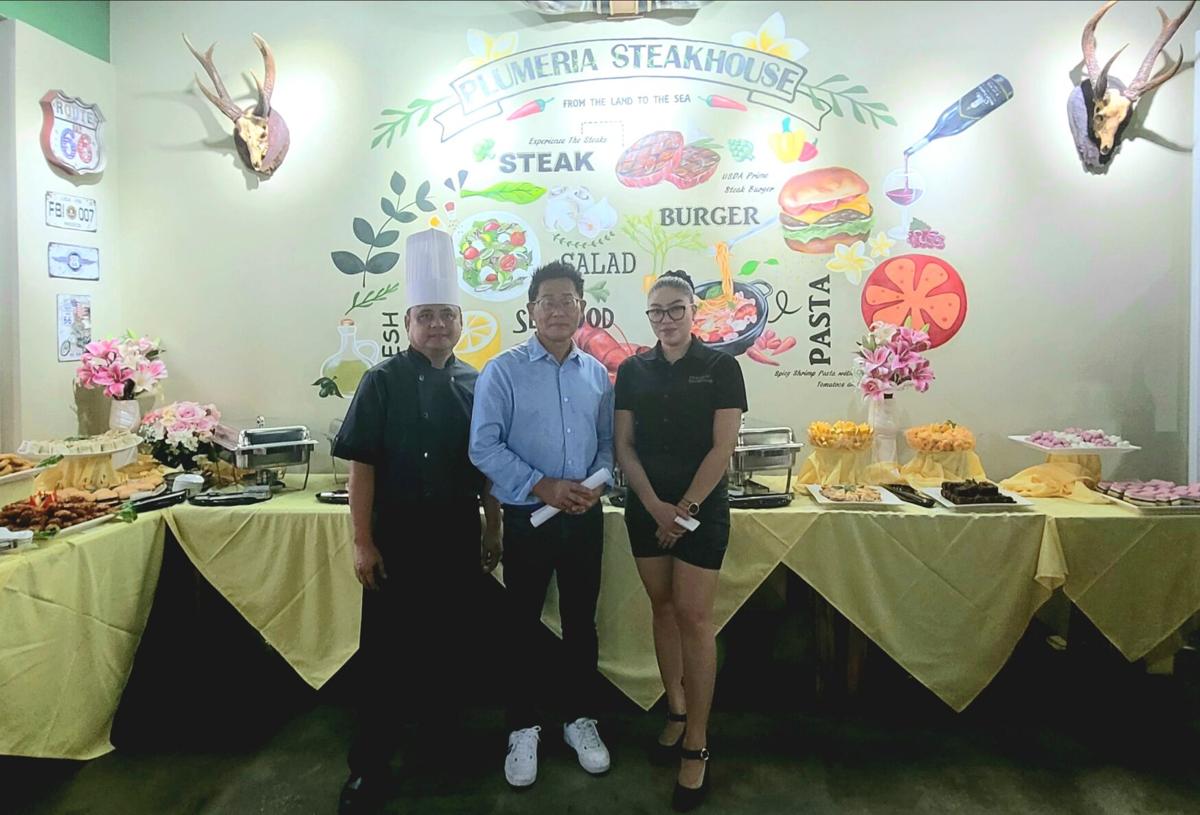 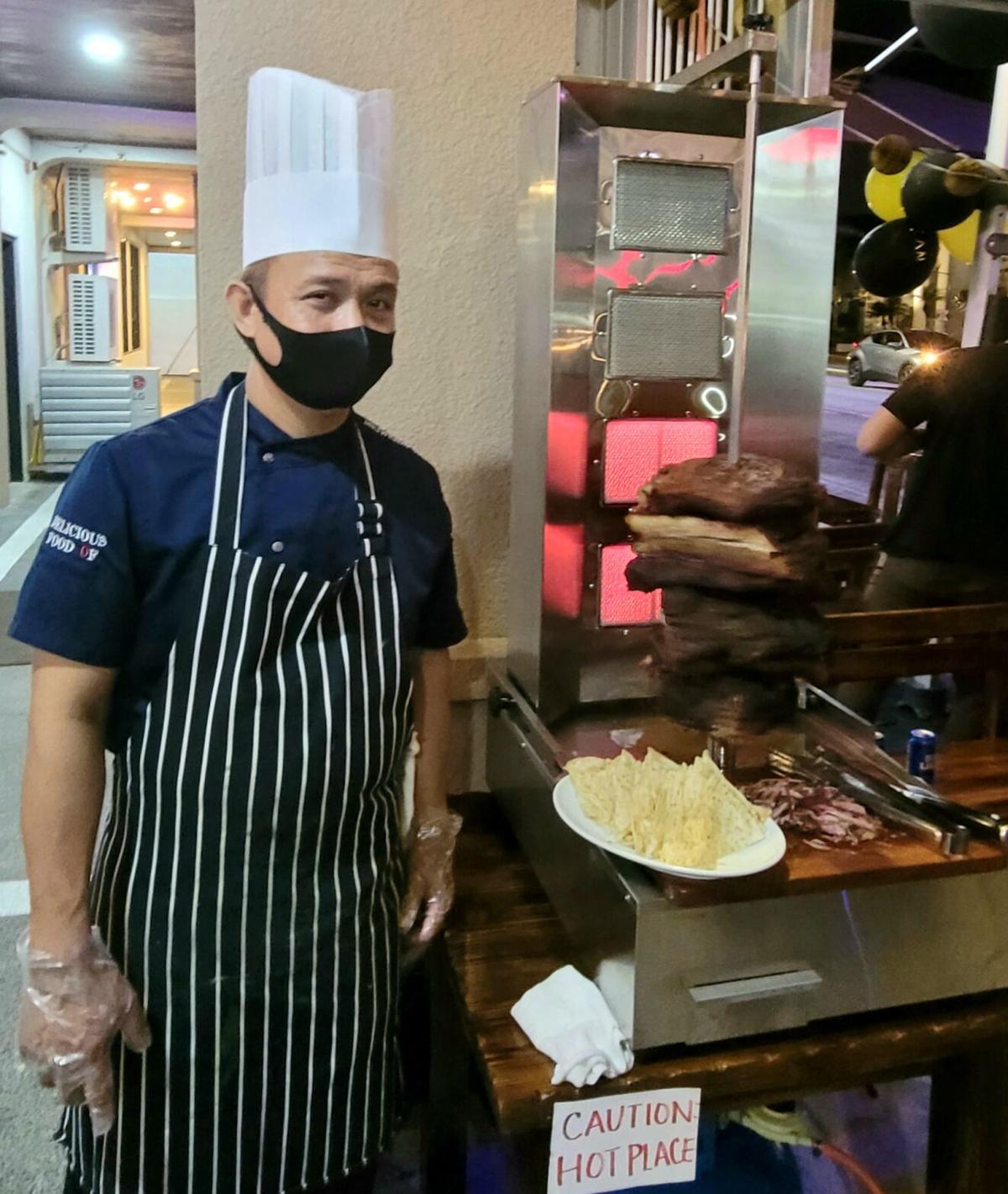 OPENING a steakhouse during the still raging global Covid-19 pandemic might sound ambitious to some, but longtime CNMI restaurateur Steve Jang beat the odds with the grand opening of his second restaurant, Plumeria Steakhouse, on Wednesday evening.

In carefully curating the menu under the direction of Plumeria Steakhouse owner Jang, the executive chef said he drew upon his love of family as his inspiration.

“I’m a family man. My family is always behind me. That’s why I make good food so delicious,” Imperial said.

The executive chef added that he also could not produce such delectable dishes without the strong team at the Plumeria Steakhouse.

“I could not work well and could not make good and high-quality food without our team in the kitchen,” he said, expressing his gratitude to the steakhouse owner and the entire staff.

In preparation for the grand opening, Imperial noted that the process was tiring, but “complEtély” worth it, especially given the positive reviews from patrons.

“Our whole team is like a family. Everybody helped out and worked hard with the preparations, and I love that. Thank you to everyone. I hope people come to visit us and try our food,” he said.

Plumeria Steakhouse first opened its doors in mid-June, transforming what was once a Japanese restaurant into the booming business that it is today.

Named after the CNMI state flower, the steakhouse now connects to Eté Café, and features a bar, unique indoor and outdoor seating areas, as well as a World War II aircraft on display, which the restaurant owner said ties in with  the island’s rich history.

Jang expressed his admiration and fondness for the local people and culture, noting that he first fell in love with the islands decades ago, as he was drawn to its uniqueness.

“This grand opening is something that I wanted to do to thank the community and the people who have helped me over the past 10 to 20 years. I invited those friends to gather and to celebrate,” he said.

The business owner said he is immensely grateful to his staff, from the servers to the culinary team, for pouring their hearts into the food that they prepare and serve.

“I’m very fortunate to have them,” he said.

Running a business amid the economic downturn caused by the Covid-19 pandemic is hard for all business owners, he added.

“But we all have to eat, right?” Jang said with a smile, adding that the food and beverage businesses are ‘the right businesses at this time,’ given that the tourism industry is still recovering.

What sets Plumeria Steakhouse apart from other food and beverage businesses is its focus on service and the quality of food, Jang noted.

He shared that Plumeria's signature rib eye steak that is one of the most popular dishes at the steakhouse.

“Our special seasoning and cooking of the rib eye are also very, very popular with our customers. We also have really great pastas, pizzas, and salads. Our executive chef is especially good with different types of pastas. We have a variety of foods on our menu that people can enjoy. I hope that people will come in to at least try our foods,” Jang said.

“I’m just very thankful to the community who led me to stay on this beautiful island. I like the people. They’re always so hospitable and nice. I used to live in the States for a long time. When I came and visited Guam and then Saipan, I found that the people are so amicable and so friendly. I fell in love with that. I’m very thankful to them,” he said.

The governor congratulated and thanked Jang for making this investment into the CNMI community.

“We know that he’s been here for a long time. He’s a good business partner. Just having him open a steakhouse is not only good for our tourists, which will be coming in soon, but also our locals right here in the heart of Garapan,” he said.

“I hope that other businesses see that even Mr. Jang has taken the initiative to invest here. I welcome and I invite other investors to come to the CNMI and continue making those investments,” he added.

K is a Gates Millennium Scholar who earned her bachelor of arts degree in political science from St. Francis College in Brooklyn, NY. Since joining the MV team in Feb. 2020, she has been covering the government, business, environment, and community beats.