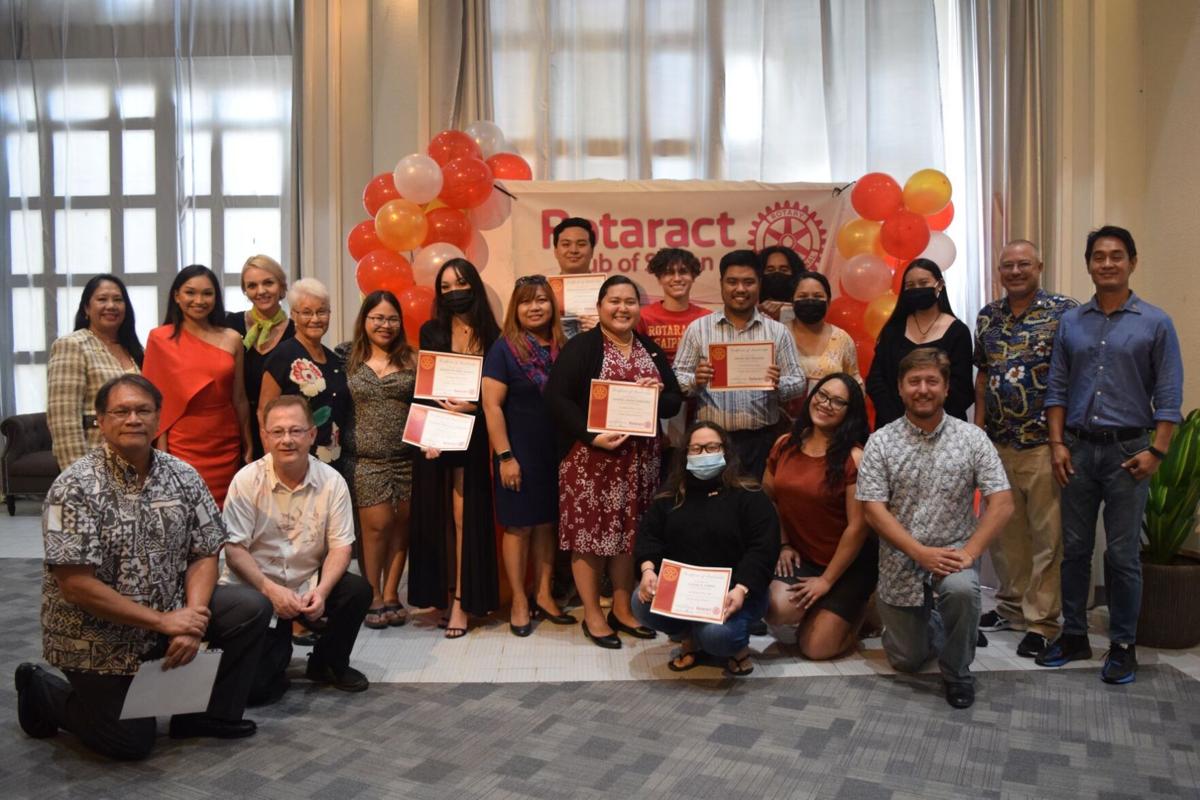 The newly installed Rotaract Club of Saipan officers and members pose for a photo with the island’s Rotarians at Grandvrio Resort on Saturday. 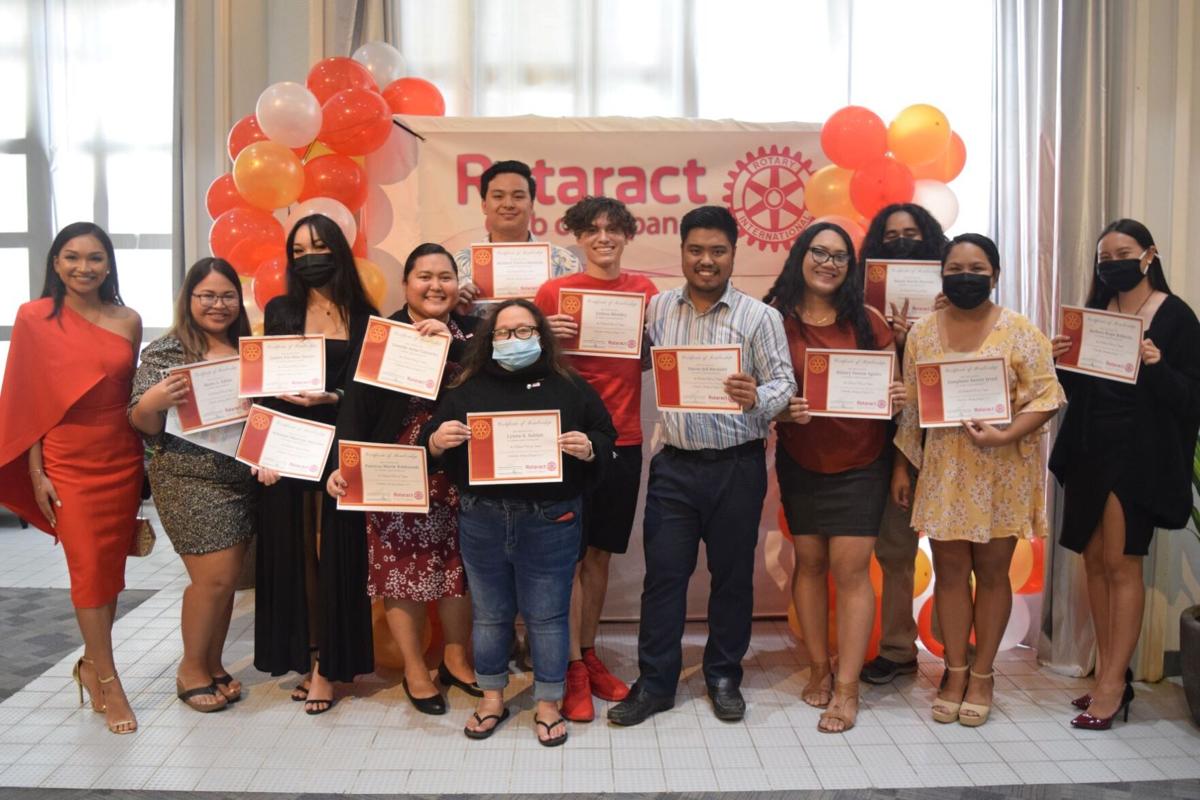 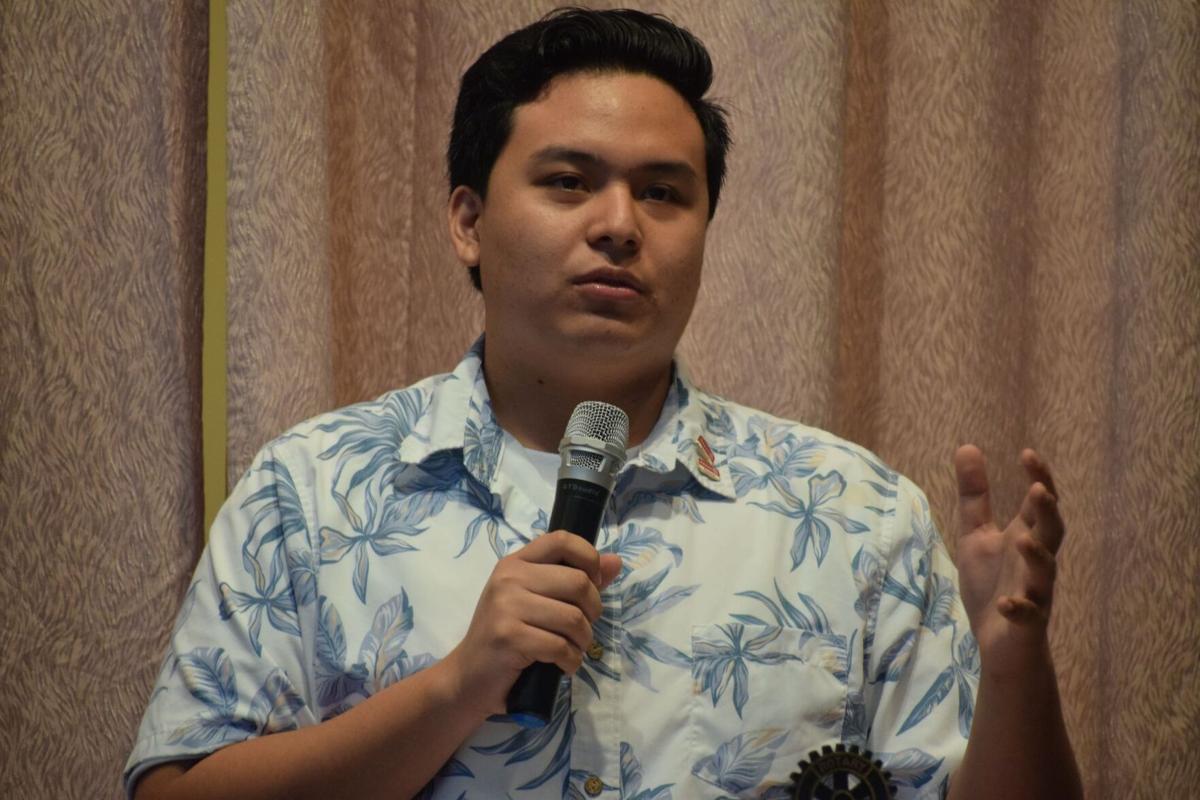 The newly installed Rotaract Club of Saipan officers and members pose for a photo with the island’s Rotarians at Grandvrio Resort on Saturday.

THE Rotaract Club of Saipan inducted its new members and installed its new officers on Saturday at the Grandvrio Resort Saipan.

The Rotaract is the youth program of the Rotary Club whose 2021-2022 theme is “Serve to Change Lives.”

In his remarks, Baleares said he joined the Rotaract “after all the amazing opportunities and blessings that Interact gave him.”

The Interact Club is the Rotary's service club for those who are 12 to 18 years old.

Baleares said he joined the Rotaract because he wanted to “continue the good work we did with the Interact Club.”

One of the guest speakers, Miss Marianas 2019 Shannon Sasamoto, shared her experiences in successful multi-cultural projects, including those that showcased local talents and arts.

Rotary Club of Saipan past president Gregory Pat Borja led the installation of the new officers and the induction of new members.

"This is an indication of the esteem and confidence that your fellow Rotaractors have in you,” he told them. “We also believe you will uphold the high moral and ethical standards of our club, and that you will give the best of your executive ability to the furtherance of the interest of your Rotaract club, and the carrying forward of the purpose of Rotary.”

He said Rotaract membership is an honor and a privilege with corresponding duties and obligations, including service to the club and the community. Rotaract officers and members are expected to participate in multiple levels of service, and to attend club meetings and events regularly, he added.

The new Rotaract Club of Saipan officers and members are among the 203,398 other Rotaractors in 10,698 Rotaract Clubs in 180 countries and geographical areas.

Borja noted that the officers and members of the Rotaract Club of Saipan “are setting an example for all of those who will follow in your footsteps. Your community will know and judge Rotaract and Rotary by your actions, and just like everything else in life, you’ll get out of it what you put into it.”