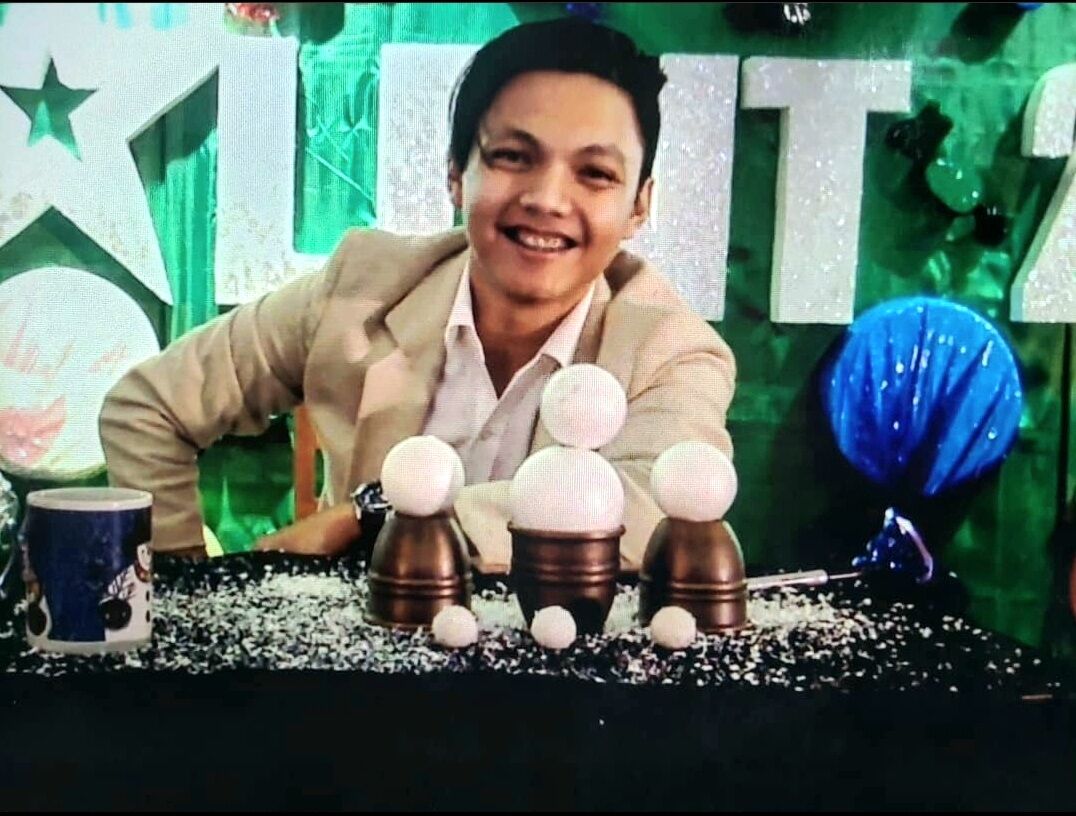 OF the 18 contestants in this year’s CNMI Got Talent, singer Donato Santiago Jr. topped the youth division while renowned local magician Neil Fama ruled the adult division, each winning a cash prize of $2,000.

Both Santiago and Fama were returning competitors in the annual Christmas-themed competition.

Bride Capital LLC launched the competition in November, but due to the Covid-19 pandemic, it was held virtually, similar to last year’s.

The live show was held from 6 to 10 p.m. on Friday, December 17, at Pacific Islands Club Saipan, with an option to watch online via Zoom.

Winning $1,500 each were first runners-up Jane Mozunder in the youth division and Class of 670 in the adult division.

The second runners-up were Bernice Sabino and Simon Necesito. Each received a $1,000 prize.

Donato Santiago Jr. also walked away with the Most Christmassy Award, donning an elf costume throughout his performance, earning him an additional $1,500.

A majority of the virtual audience selected Simon Necesito for the Community Choice Award, earning him a $1,500 prize.

The virtual audience also had an opportunity to win in-show raffle prizes, including an iPhone 13 Pro Max, a 60-inch television, an iPad, as well as $100 to $500 in cash prizes.

More than 300 viewers tuned in for the live show.

K is a Gates Millennium Scholar who earned her bachelor of arts degree in political science from St. Francis College in Brooklyn, NY. Since joining MV in 2020, she has been covering the government, business, community, environment, & military beats.