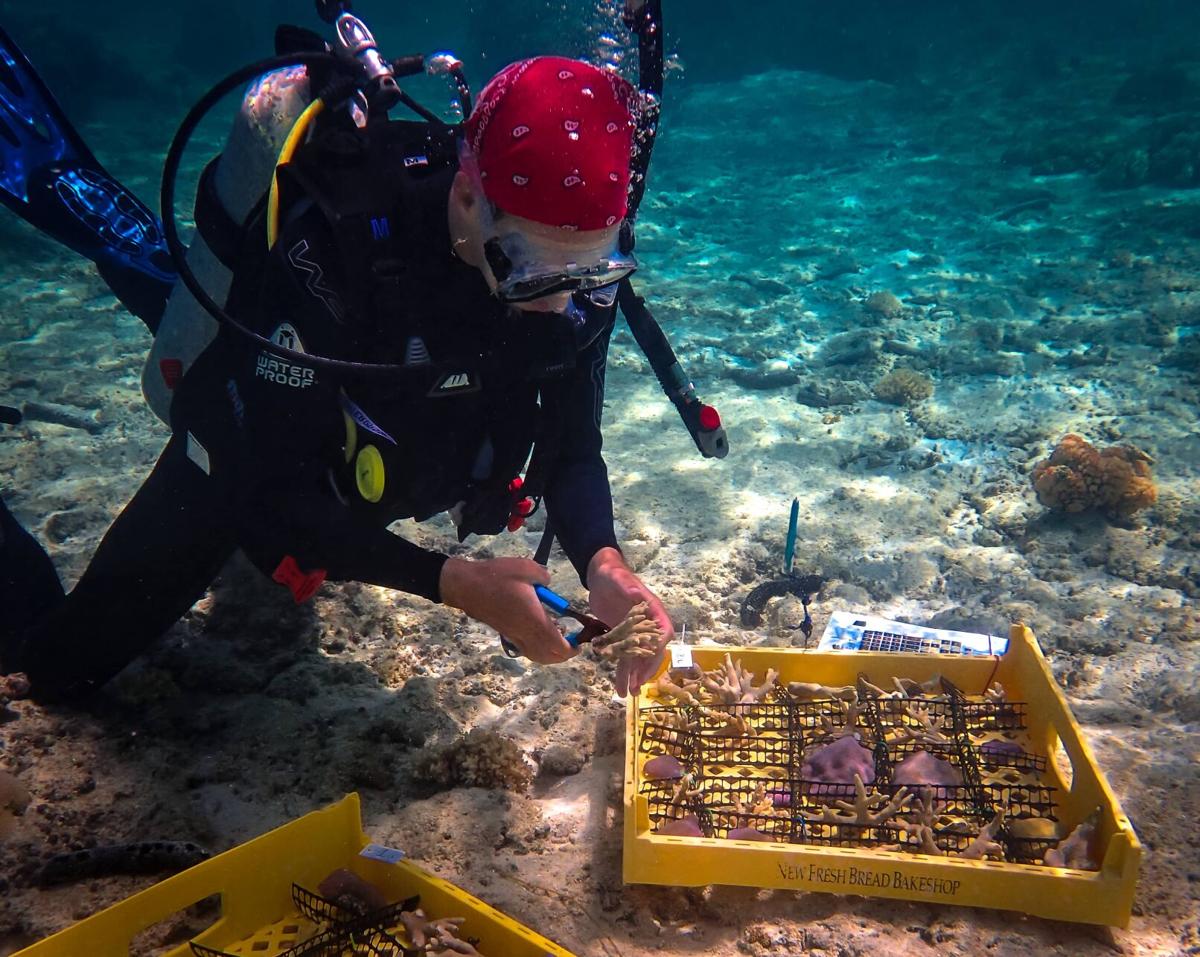 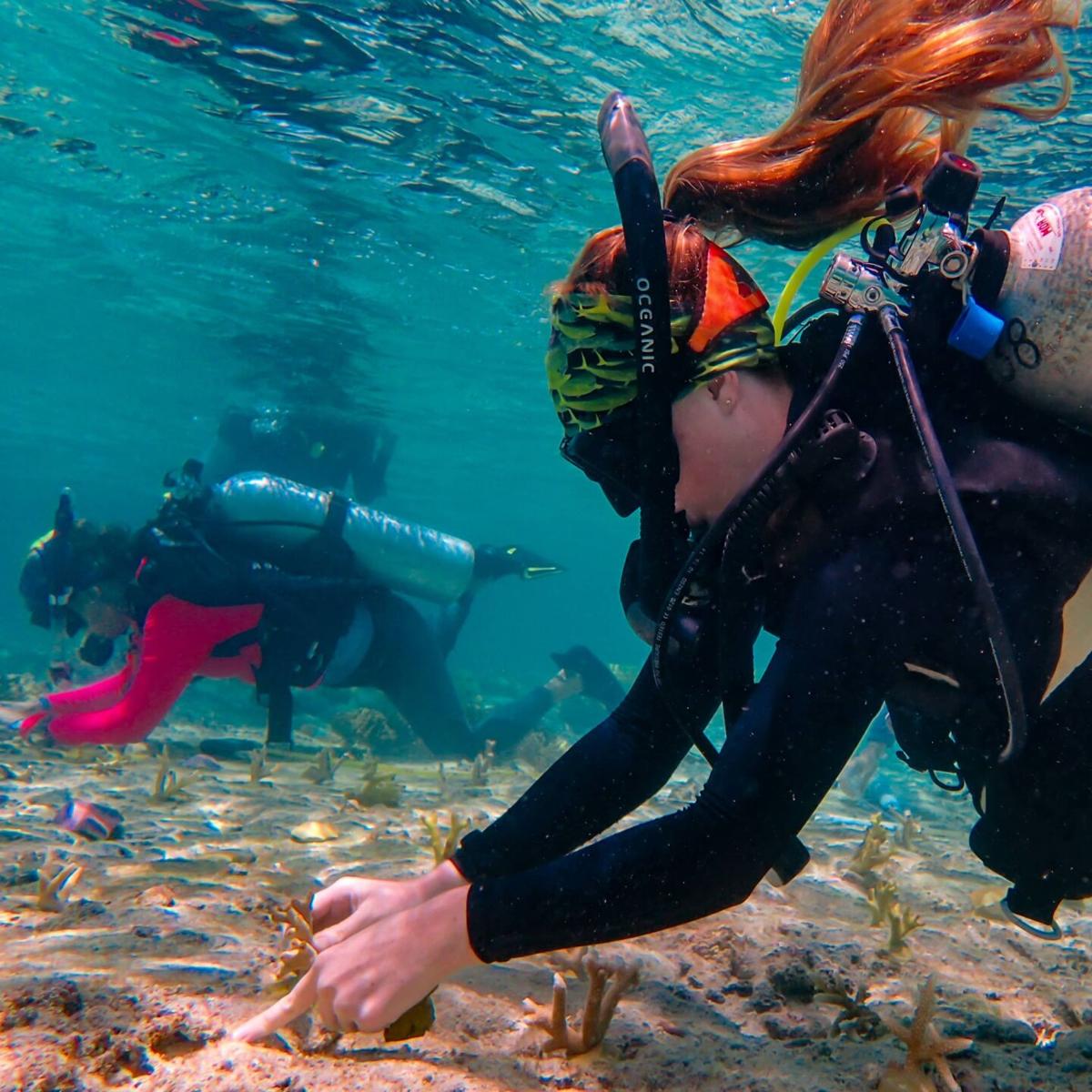 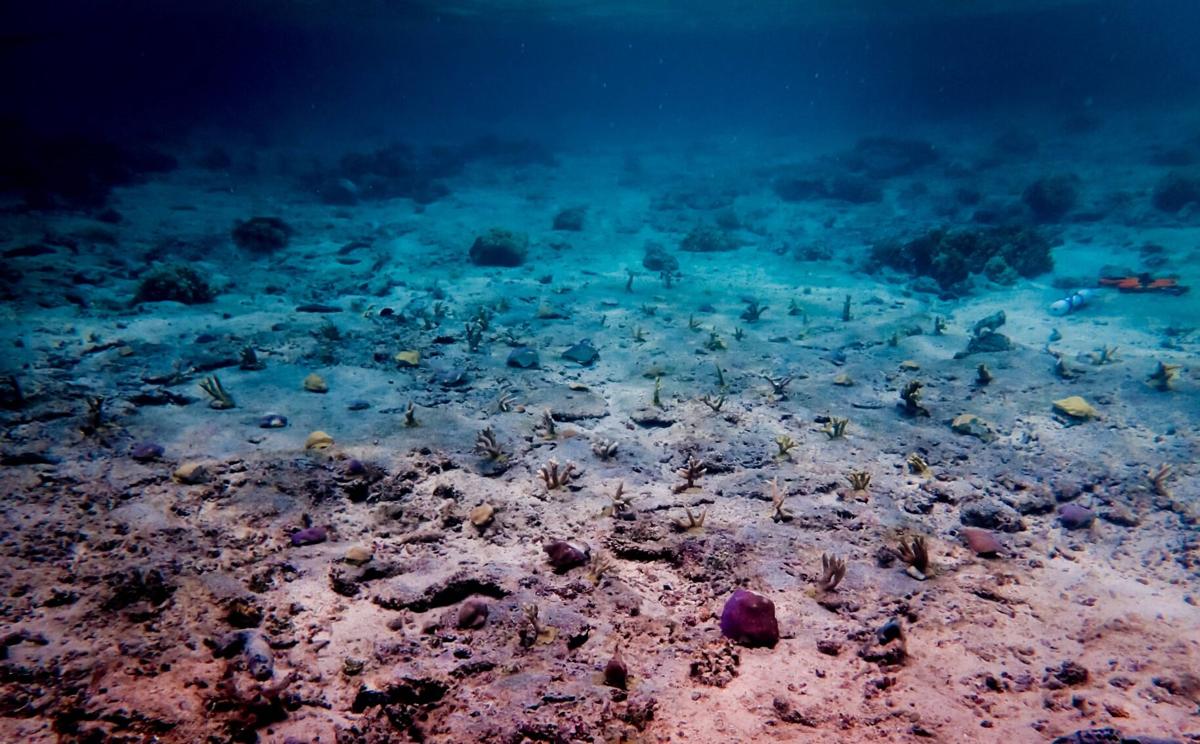 The Common Garden Project consists of four plots with a hundred coral fragments each planted in two sections of the Piti Marine Preserve. Each plot contains three habitat-forming coral species. 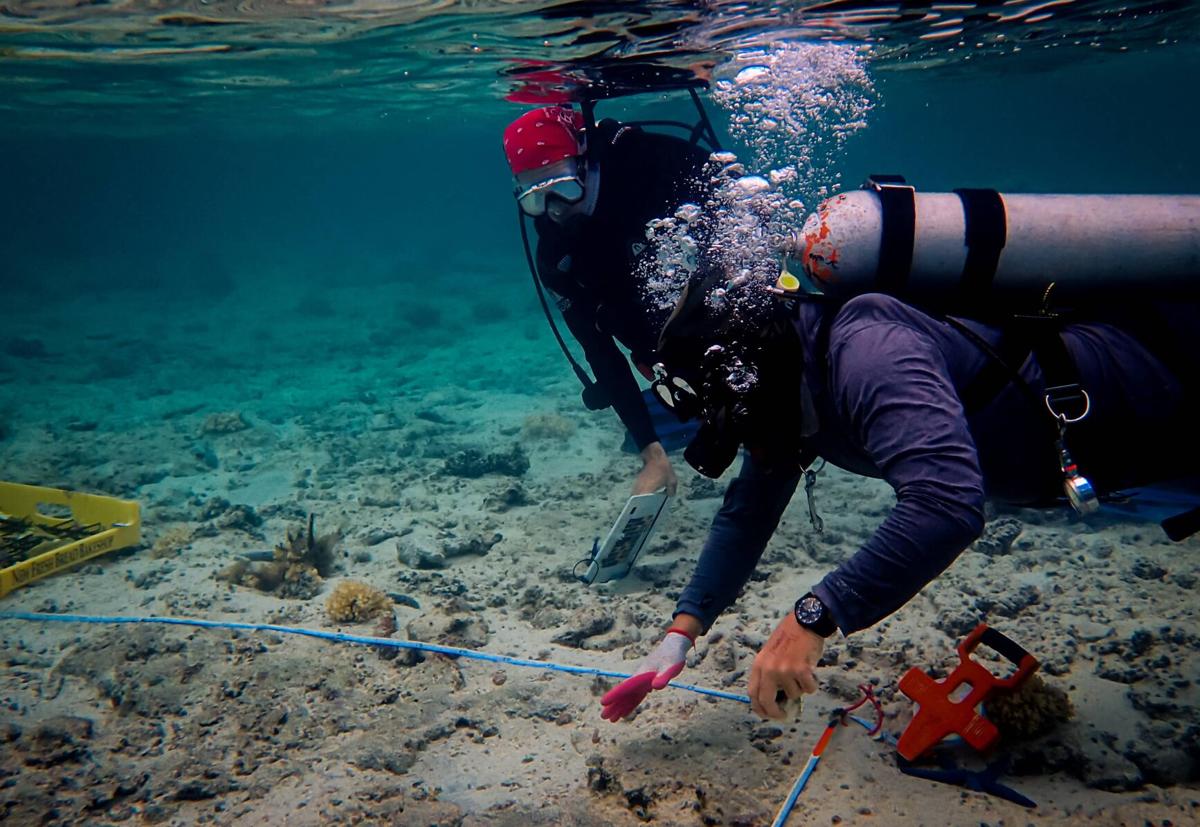 The Common Garden Project consists of four plots with a hundred coral fragments each planted in two sections of the Piti Marine Preserve. Each plot contains three habitat-forming coral species.

MANGILAO (UOG) — Researchers from the University of Guam will examine how the structure of the island’s coral reefs may be affected by climate change through a study that aims to identify species-specific responses to environmental change.

“We hope to learn about which of these species and their color morphs have characteristics that may confer better resilience to climate change,” said Laurie Raymundo, interim director of the UOG Marine Laboratory and professor of marine biology. “That will allow us to examine why they’re doing better and why some of them aren’t doing as well. Eventually, we may be able to make some predictions about how Guam’s reefs may change in the future.”

Cuttings of each coral species and color morph were planted in the Piti Marine Preserve and will be monitored for the next four years. The plots will be checked biweekly during the bleaching season from July to October and monthly from November to June when sea surface temperatures are cooler.

“In most cases, people conduct an experiment for a whole season,” said UOG Assistant Professor of Bioinformatics Bastian Bentlage. “There are not a lot of datasets — especially over a multi-year span — that look at individual corals and really provide data on how they get stressed and recover, and follow the long-term effects of experiencing that stress.”

Using the data collected from the experiment, a team of UOG mathematics professors and students will model disease transmission and stress responses to support reef management and intervention strategies.

“We hope to gain a better understanding of what Guam’s reefs will look like in the future and what kind of traits lend themselves to coral resilience so that we can implement control measures that will result in a healthier coral reef ecosystem,” said UOG Associate Professor of Mathematics Leslie Aquino. “The cross-collaboration between the math and marine laboratory teams sparked new ideas and provided both groups with a better understanding of how these models and coral reef ecosystems work.”

At the end of the experiment, each of the plots will be left to grow into new reef assemblages as part of a permit agreement with the Guam Department of Agriculture.

The Guam NSF EPSCoR program at the University of Guam is funded by a five-year, $20 million grant from the National Science Foundation's Established Program for the Stimulation of Competitive Research. The program aims to broaden the participation of underrepresented students in STEM fields through developing a research program that helps ensure the sustainability of coral reef ecosystems in the face of environmental change. Guam NSF EPSCoR aims to situate Guam as a premier research and STEM education hub bolstering sustainability, economic development, and informed decision-making by engaging communities in 21st century science.