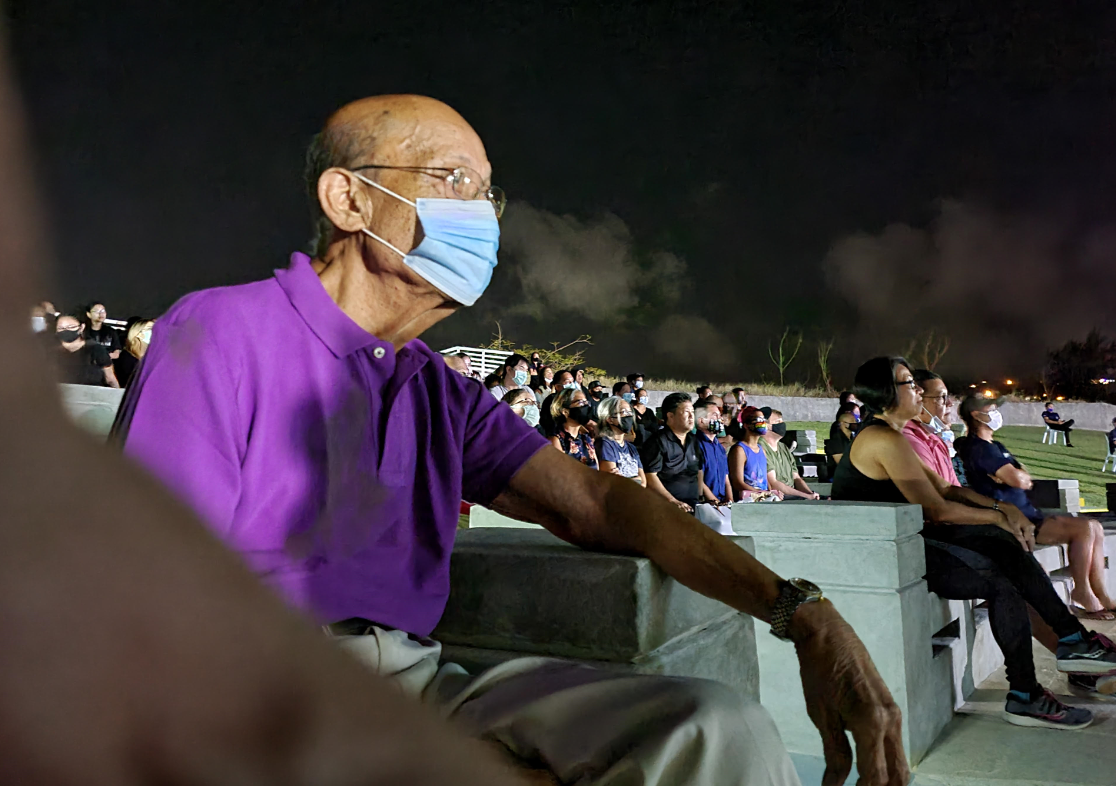 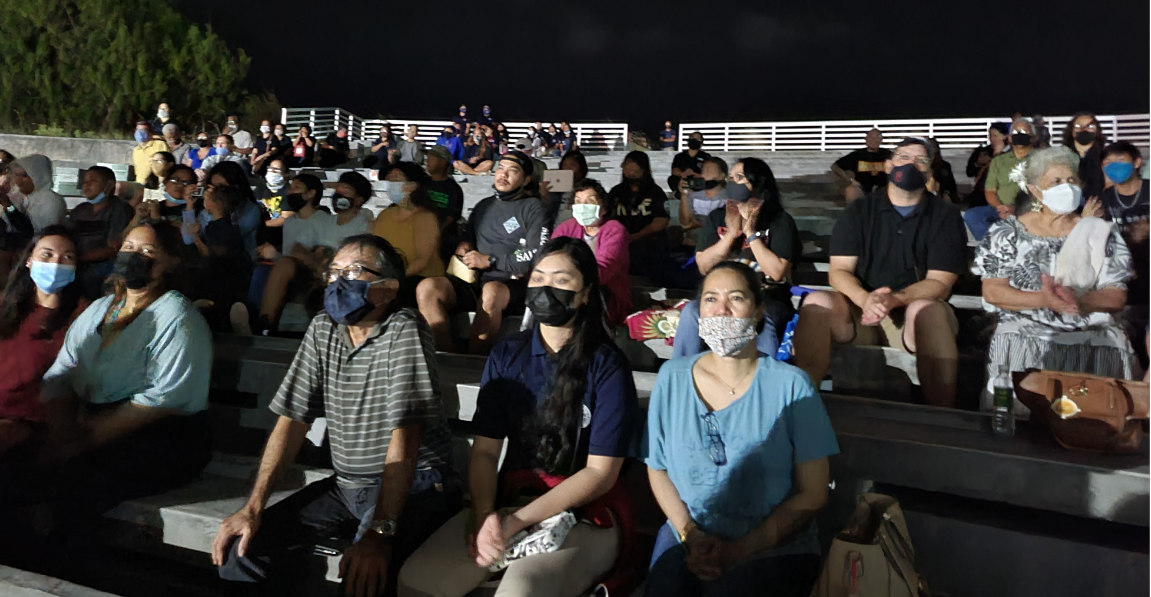 The film depicted the plight of local residents 76 years ago, during one of the war’s most brutal battles.

“We Drank Our Tears” is a collection of stories about the terrors of war and the sacrifices of islanders that up to this day can still bring tears to the eyes of the remaining survivors.

Among them is Uncle Dave.

The screening of “We Drank Our Tears” was part of Mount Carmel School’s annual celebration of Catholic Schools Week. “We Drank Our Tears” is a series of films based on a 2004 oral history of the civilian experience of World War II battles on Saipan and Tinian published by Pacific STAR Young Writers Foundation.

The film screened last week is  the third in a series and it tells the stories of Sablan, Henry Indalecio and Visitacion Camacho.

It also includes historical footage of the bombardment of Saipan.

As he watched the scene, Sablan wept and said to this reporter,  “I was just 12 years old.”  The barrage, he added, was “like forever.”

Sablan at the same time said he was “really happy and humbled by this film shown in commemoration of what happened here on Saipan during the invasion in 1944.”

David Sablan said while hiding in a cave for three weeks, sugar cane was all they ate. “I think we got very strong teeth,” he added.

In his autobiography, “A Degree of Success through Curiosity,” which is available on amazon.com, Sablan wrote: “As we exhausted our supply of sugar cane, three or four of our able young men would go down the hill to get enough sugar cane to last three of four days as our daily meal. The young men would rotate getting sugar cane for our food. They would leave early in the morning while still dark and make sure they returned to the cave before sun up so that they would not be detected.”

Sablan said the cave was located about two miles south of Mt. Tapochao. At the entrance was a large rock which concealed the cave that was roomy enough for three families.

“On the western side of the cave,” Sablan wrote, “there was a small hole about three inches in diameter that gave us a panoramic view of the southwestern side of Saipan including a view of the island of Tinian. We took turns in peeping through the hole to see what was going on outside. The hole served as a lookout station where we could see dozens of American warships that stretched to the horizon. We even saw hundreds of landing craft proceeding toward the beaches on the day of the American invasion, June 15, 1944.”

Family members of other WWII survivors also watched   “We Drank Our Tears” at the AMP amphitheater last week. Many were in tears.

Sablan said the film “is good education for the younger generation.”

“I  hope we can look back and give appreciation to those who lost their lives for us,” he added. “It is  very important that we remember this important part of our history.”

According to MCS president Galvin Deleon Guerrero, who directed two productions and wrote and produced all of the adapted stories for the films, “it has been a fitting homage to the book that the films honor the book's original process of having students keep these stories and memories alive.”

Larry Cruz, who directed the film version of Henry Indalecio’s story, said: “Most people do not have knowledge or access to oral stories, and these films give more people the opportunity to experience these stories.”

One thing that he wanted to convey, Cruz said, was the uncertainty that the families had to face. “They did all they could to avoid the one thing they all feared. Death. This can be applied to today’s situation. Death is something that we all fear, but regardless of how careful we are, it still a possibility.”

He said the most challenging aspect of making the film was ensuring fidelity to the original accounts.

“Stories like these are such an important part of  family history. For that reason, making sure that we honor their stories was a big priority of mine,” he said.

For her part, Victoria Deleon Guerrero, who directed the film version of  Dave Sablan’s story, said “telling these stories are so important because they provide a visual perspective of what our elders had to endure during the Battle of Saipan.”

“I've watched films about our community that were produced by Hollywood-level productions and more often than not we're depicted to be either savages or helpless which is so far from who we are,” she said. “What the ‘We Drank Our Tears’ film series presents, not just to our people but to the world, is our narrative told by our people with the pride and respect our history deserves.”

She said her task as a director was to adapt a story fit for the big screen but faithful to what Uncle Dave actually experienced during that time.

After researching and envisioning what Uncle Dave and his family had to go through, all Victoria Deleon Guerrero could think about “was the message of strength and resilience.”

“We as a CNMI have proven time and time again just how resilient we can be and the roots of our character stems as far back as the Battle of Saipan,” she said.

Mikee Mendoza, the director of the Visitacion Camacho episode, said he wants people all over the CNMI and abroad to know these survivors’ stories.

“Not a lot of people know what happened to these families and survivors during the war,” he said. “It is an honor to be tell these stories so that future generations will understand and see exactly what happened back then. Each and every story is an important one to hear and see, and I hope more films like these are showcased because of how significant they are to CNMI culture and history.”

The most important message that he wanted to convey in the film, Mendoza said, is that “your faith can save you and protect you.”

“I hope our film will touch the hearts and souls of the audience and help them strengthen their own faith in God,” he added.