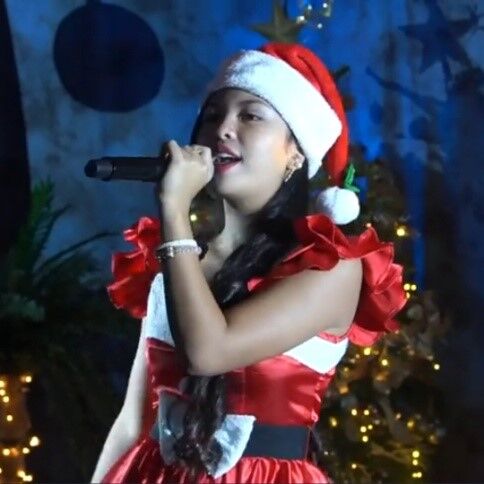 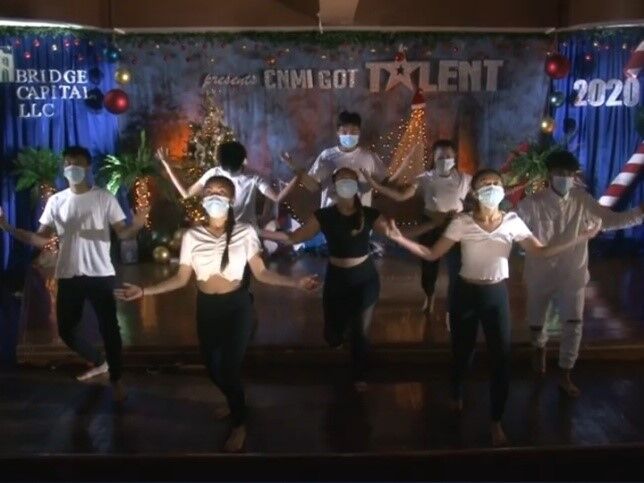 Of the 16 contestants, Santiago topped the youth division while the X-Cessives ruled the adult division, each winning a cash prize of $2,000.

Bridge Capital LLC launched the contest in November, but due to the Covid-19 pandemic, it was held virtually.

In line with this year’s theme, which was “Island Christmas,” Donna Rose Santiago donned a  Santa Claus costume and sang “Walking Around the Christmas Tree.”

The X-Cessives, for their part, performed a skit and dance number depicting the life of a front liner who sacrificed spending Christmas with her family to work in the hospital where she contracted the Covid-19 virus.

Through interpretive dance moves, the X-Cessives then showed how the front liner recovered from the virus and reunited with her family.

Judges critiqued prerecorded performances of the finalists, allotting the contestants some time to practice before their performances.

Winning $1,000 each were first runners-up Donato Santiago in the youth division and Patrice Jean Aureo in the adult division.

The second runners-up were Heaven Angeline Palacios Murphy in the youth division and The Manuels in the adult division. Each received a $500 prize.

Brothers Leonard, Matthew and Kyle of The Manuels also won the Governor’s Choice Award, which, as apropos of the distinction, was selected by Gov. Ralph DLG Torres.

Donna Rose Santiago won the Most Christmassy Performance award while Angelo Rabe was selected by a majority of the virtual audience as the Community Choice.

K-Andrea is a Gates Millennium Scholar who earned her bachelor of arts degree in political science from St. Francis College in Brooklyn, NY. Since joining the MV team in Feb. 2020, she has been covering the political, environmental, and community beats.