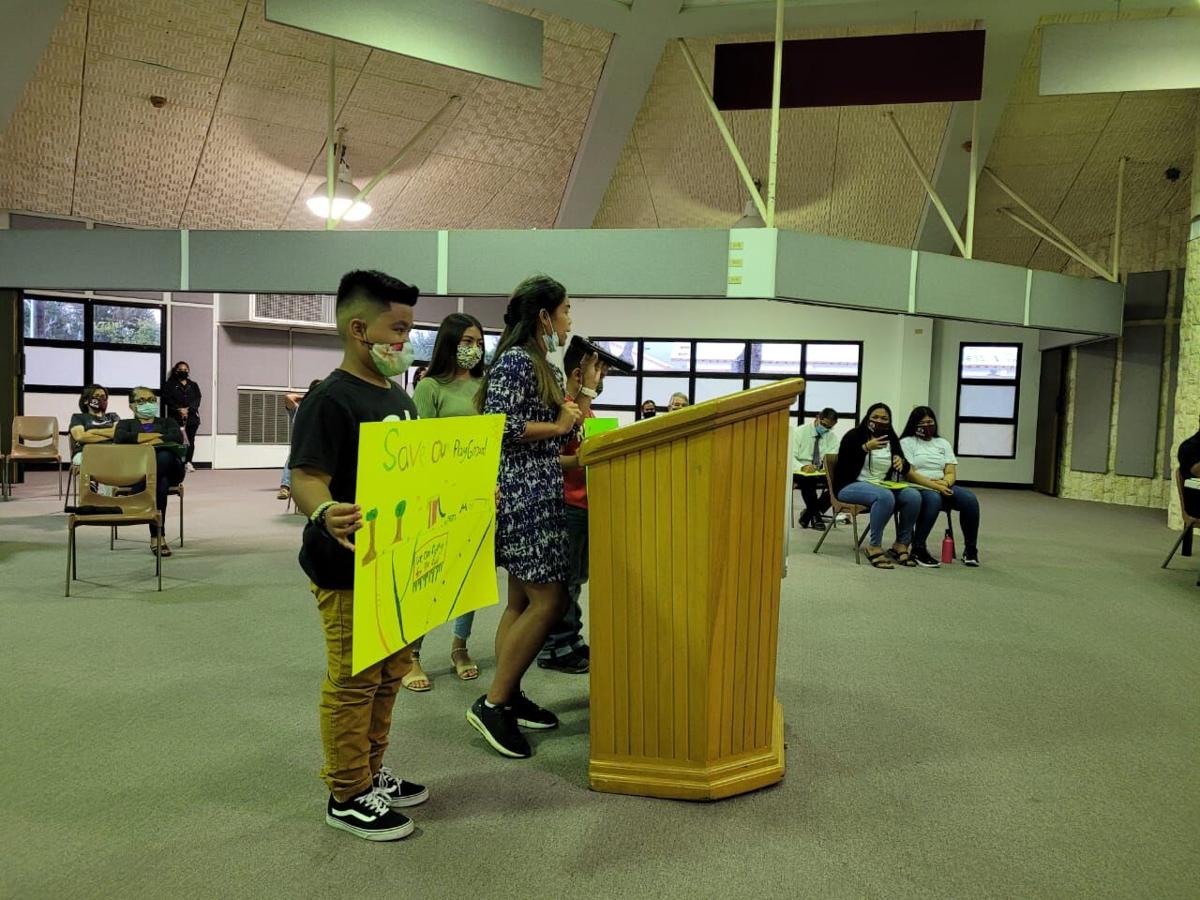 Alyssa Ann Torres Pangelinan speaks as other members of the Tenorio-Torres families hold placards that say, “Save our playground” during the Coastal Resources Management public hearing at the multi-purpose center on Tuesday. 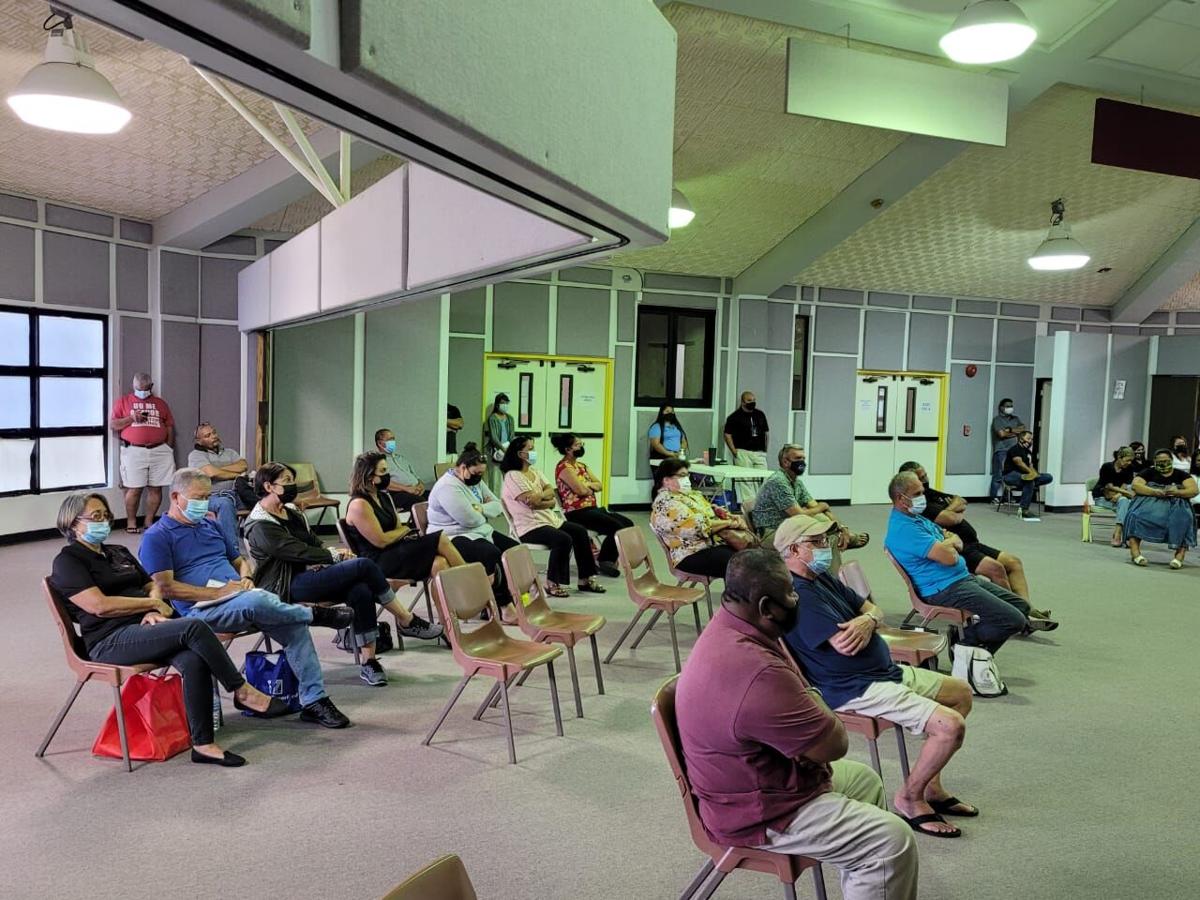 Members of the Guerrero family and other Airport Road residents attend the Coastal Resources Management public hearing at the multi-purpose center on Tuesday. 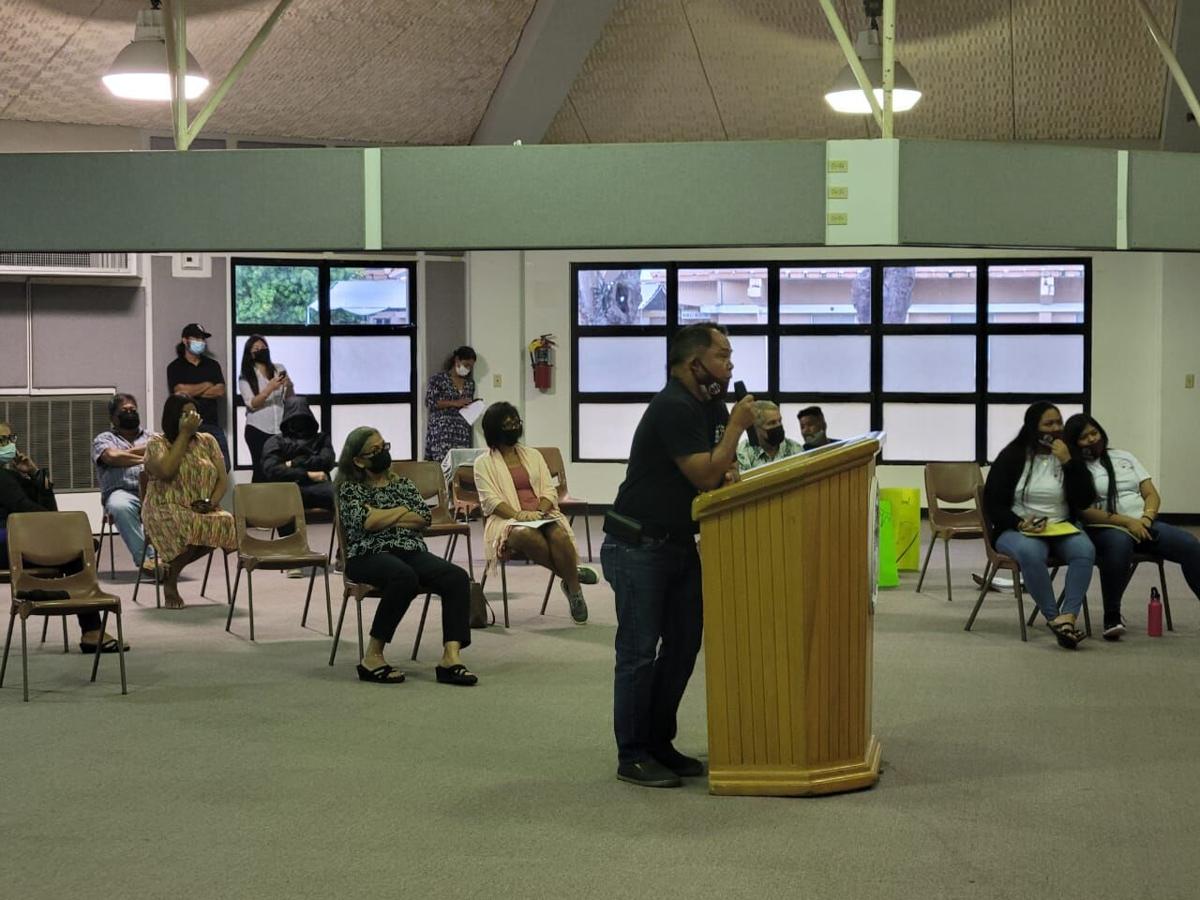 Alyssa Ann Torres Pangelinan speaks as other members of the Tenorio-Torres families hold placards that say, “Save our playground” during the Coastal Resources Management public hearing at the multi-purpose center on Tuesday.

Members of the Guerrero family and other Airport Road residents attend the Coastal Resources Management public hearing at the multi-purpose center on Tuesday.

SEVERAL Airport Road residents attended the Coastal Resources Management’s public hearing on Tuesday to air their concerns about a road reconstruction, which they said may damage their properties.

They said they do not oppose improvements to the road, but an off-site drainage system must be installed first so that the perennial flooding in the area will not get worse.

Several other members of the Tenorio and Guerrero families as well as other Airport residents attended the public hearing.

Ten-year-old Elijah Dela Cruz and other young members of the Tenorio-Torres families presented videos and pictures of parties held at their family compound as they urged CRM and Department of Public Works officials to “please save our playground.”

Alyssa Ann Torres Pangelinan, one of the grandchildren of Dionisio and Merced Torres, said so many family memories were made and are being made at the Tenorio-Torres compound where they hang out, play softball, lie on the grass, tell stories, drive around in a golf cart and celebrate special occasions.

“We want those memories to continue to grow. We ask that you don’t ruin that,” she said.

Priscilla Torres Dela Cruz said there is no denying that the Airport Road improvement project is important, adding that there is a need to build a safe and reliable road.

“But please consider our position. We are also concerned about the health hazards — protect us too,” she said.

Back to the drawing board

Rep. Leepan Guerrero said the officials involved in the project should “go back to the drawing board and do it properly.”

He, too, would love to have a new road, but he said DPW should follow the design approved by CRM many years ago. He was referring to the design based on a study conducted by Winzler & Kelly, a company contracted by the CNMI government in the 1990s.

The design was one of the conditions in the major siting permits issued by CRM in December 2003.

Rep. Leepan Guerrero urged CRM and DPW officials to please “think before you make a decision.”

He added, “If anything happens down there, you guys are the ones approving the permit. You’ll be blamed. I hope that tonight, no decision will be made until you fix the construction plan.”

For his part, Herman Junpan T. Guerrero said he is always the first one who suffers from the flood waters whenever it rains. He said the runoff usually ends up in the area where his house is located.

The submerged land in front of his house is now called “Junpan Lake” because it is always filled with flood water, he said.

“I am not against the Airport Road being fixed, but please address the [flooding and other] issues,” he said.

Lorenzo LG Cabrera, another Airport Road resident, said when the first hearing on the project was held many years ago, the concern was floodwater. “Now, the concern is still the flood water,” he added.

“I sympathize with the Guerrero family. They live in the depressed area that is always flooded when it rains. And it doesn’t have to be flooded,” he said.

"There is also another depressed area there, the Joeten pasture, which is filled with floodwater when it rains. Then the floodwater it flows onto the road and into the Guerrero family’s property,” Cabrera also said.

Cabrera, who served as executive director of the Mariana Islands Housing Authority, reminded CRM and DPW officials that “in any project that is funded by federal government, you have to do your homework.”

Otherwise, he added, the U.S. government will take back its money.

“So you need to do your homework to make sure that whatever we do, will not get destroyed because we did a haphazard work. Let’s do it right,” he said.