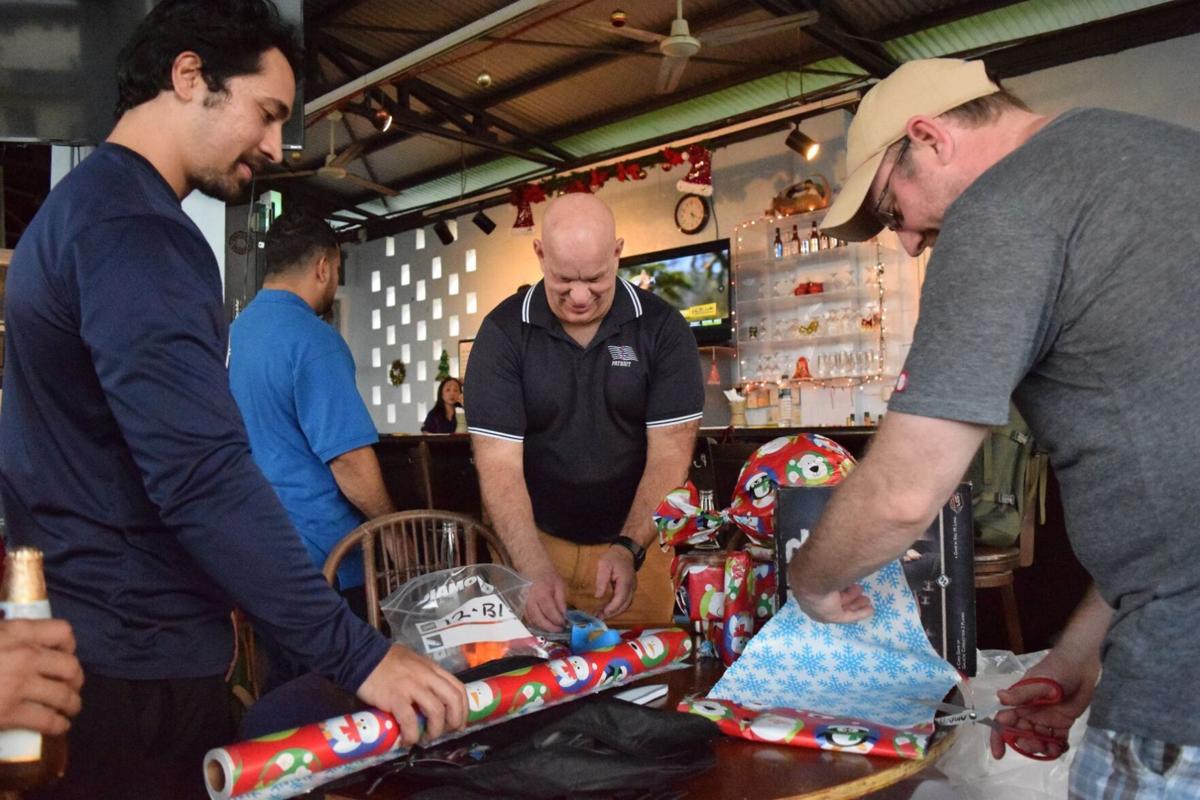 USNS Charlton Captain Michael Parr, center, and crewmembers were at the Veterans of Foreign Wars Post 3457 in Garapan on Tuesday to wrap Christmas gifts for the annual Guma Esperansa Christmas toy donation drive. 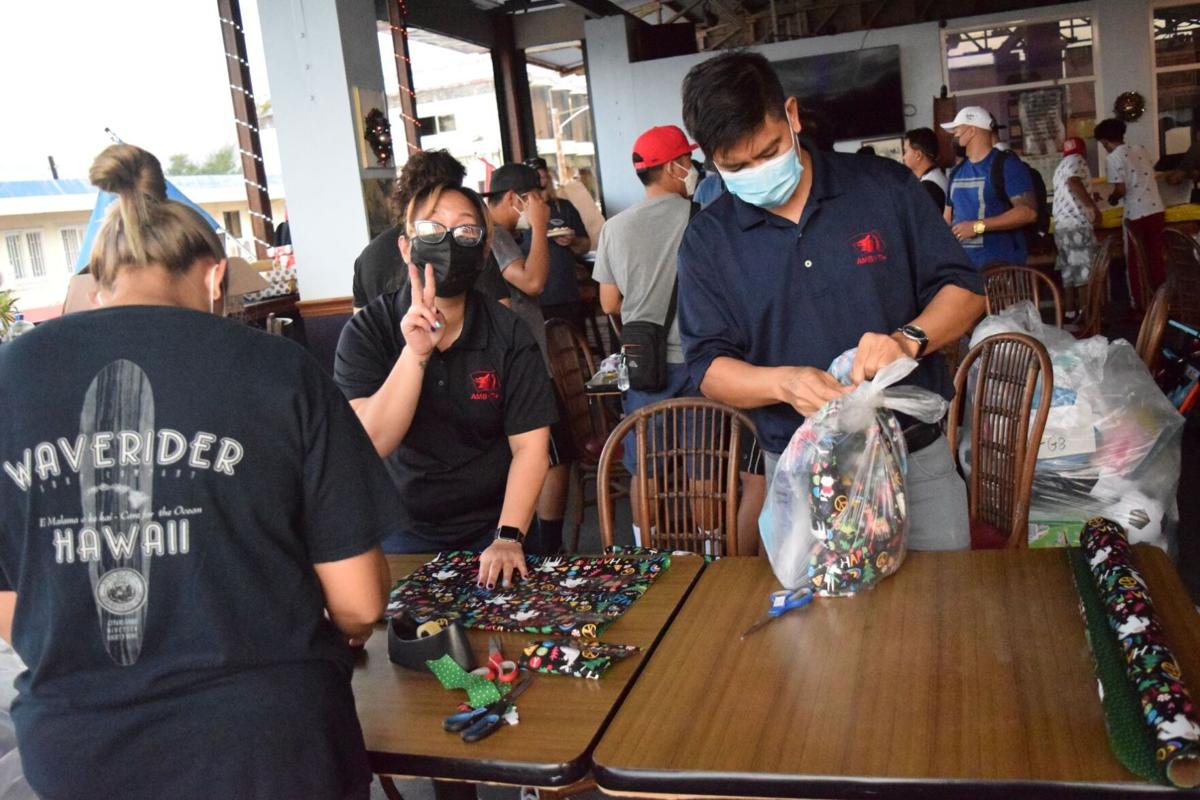 USNS Charlton Captain Michael Parr, center, and crewmembers were at the Veterans of Foreign Wars Post 3457 in Garapan on Tuesday to wrap Christmas gifts for the annual Guma Esperansa Christmas toy donation drive.

CREWMEMBERS of U.S. Military Sealift Command vessels or prepositioning ships on Tuesday joined business and community members in wrapping Christmas gifts for the children at Guma Esperansa, a shelter for victims of domestic violence and other crimes.

This year’s gift-wrapping activity was held at the Veterans of Foreign Wars Post 3457 in Garapan, and among the participants were  the crewmembers of USNS Charlton, USNS Dahl and USNS Red Cloud.

USNS Charlton Captain Michael Parr said the annual toy drive is a legacy of USNS Montford Point Captain Kurt Kleinschmidt. “He started this many, many years ago. This is an ongoing legacy, we are just picking up the torch that Captain Kleinschmidt started. We are following his legacy,” Captain Parr said.

Also participating in the gift-wrapping activity on Tuesday were USNS Captains Annette Reyes and  Jem Toy.

Ambyth Shipping, for its part, has been assisting the vessels in conducting the annual toy drive since Captain Kleinschmidt started it in 2007. This year, as part of the Christmas gifts, Saipan World Resort  donated free tickets to its Water Park.

Captain Parr said he has been helping organize the annual toy drive since 2014.

“We give back to the community,” he added. “We want to make sure the children and the women at  Guma Esperansa have Christmas.”

He added, “It is an amazing opportunity for us to show our thanks to the island that we call home because many of us have moved here. I personally have been adopted by a local family that I consider my own now. They have done this kindness, so we want to give back.”

He said every year, they hear stories about “how happy the kids were that they had Christmas” at Guma Esperansa.

“Knowing that they're going to have a Christmas means the world to us,” he added.

Should a non-CNMI judge preside over the governor’s lawsuit against the House JGO?