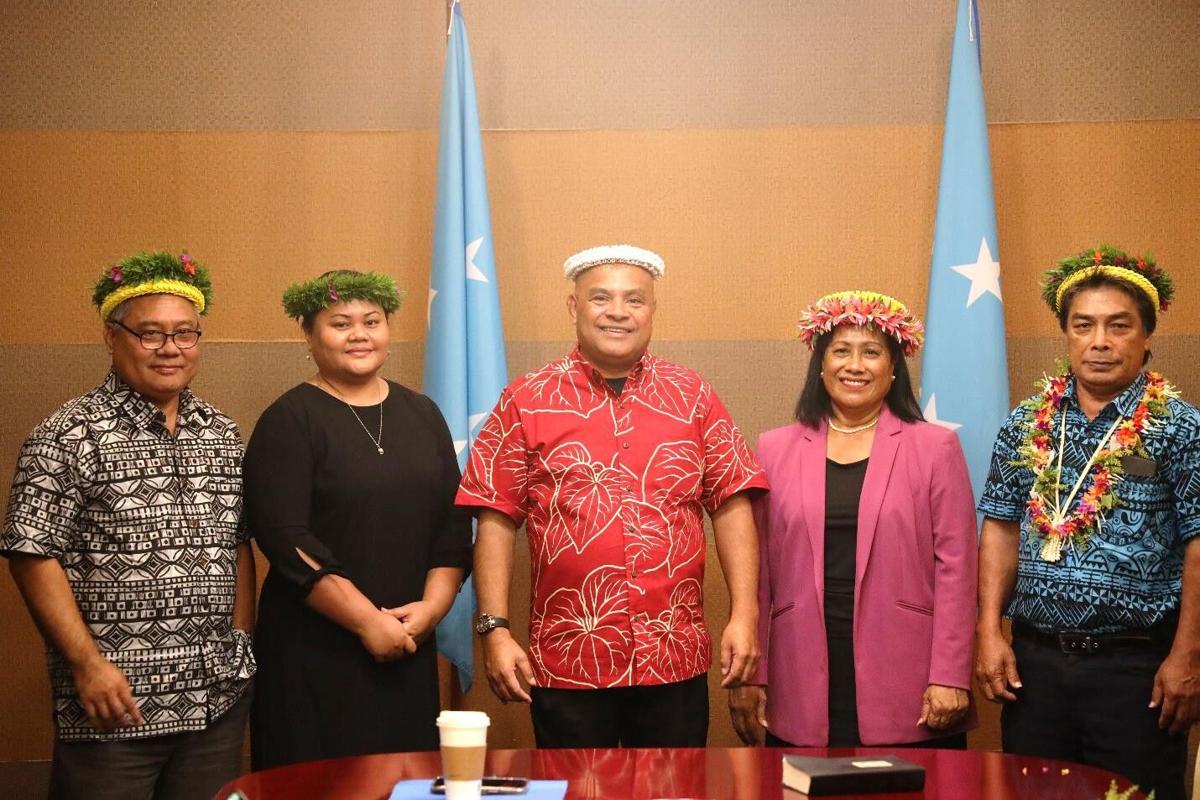 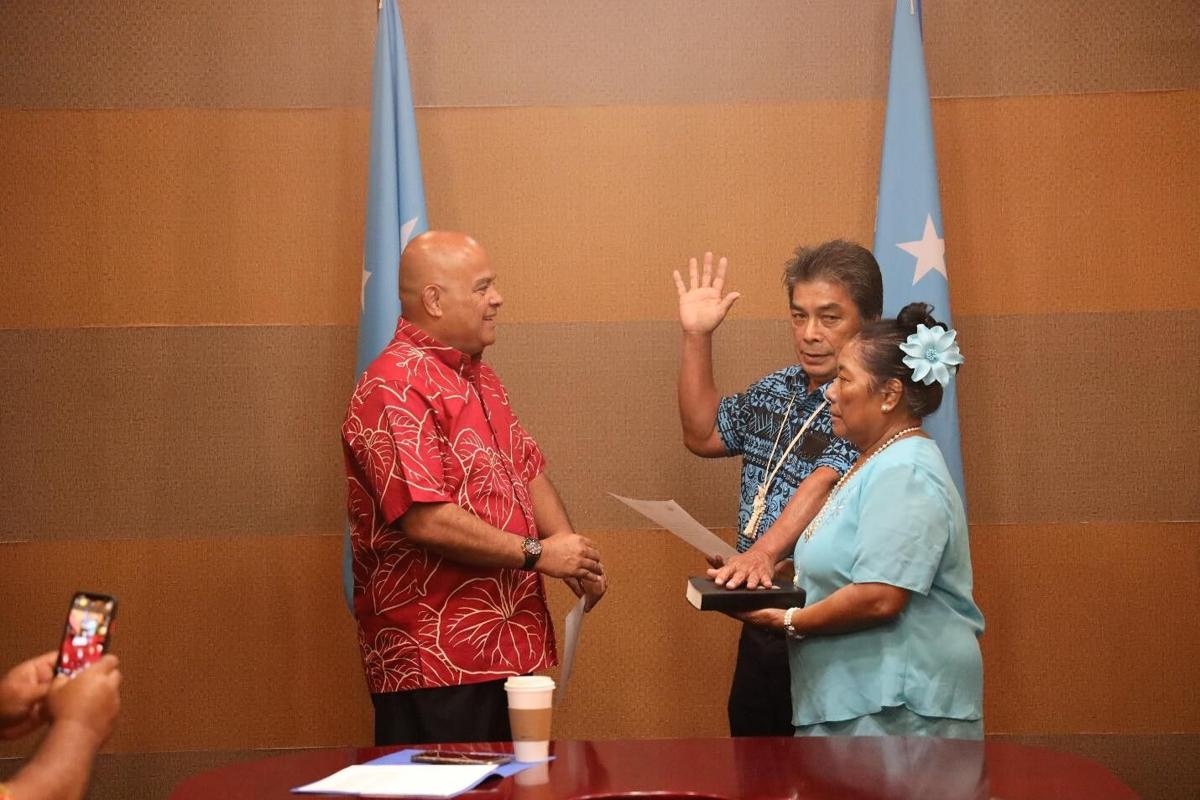 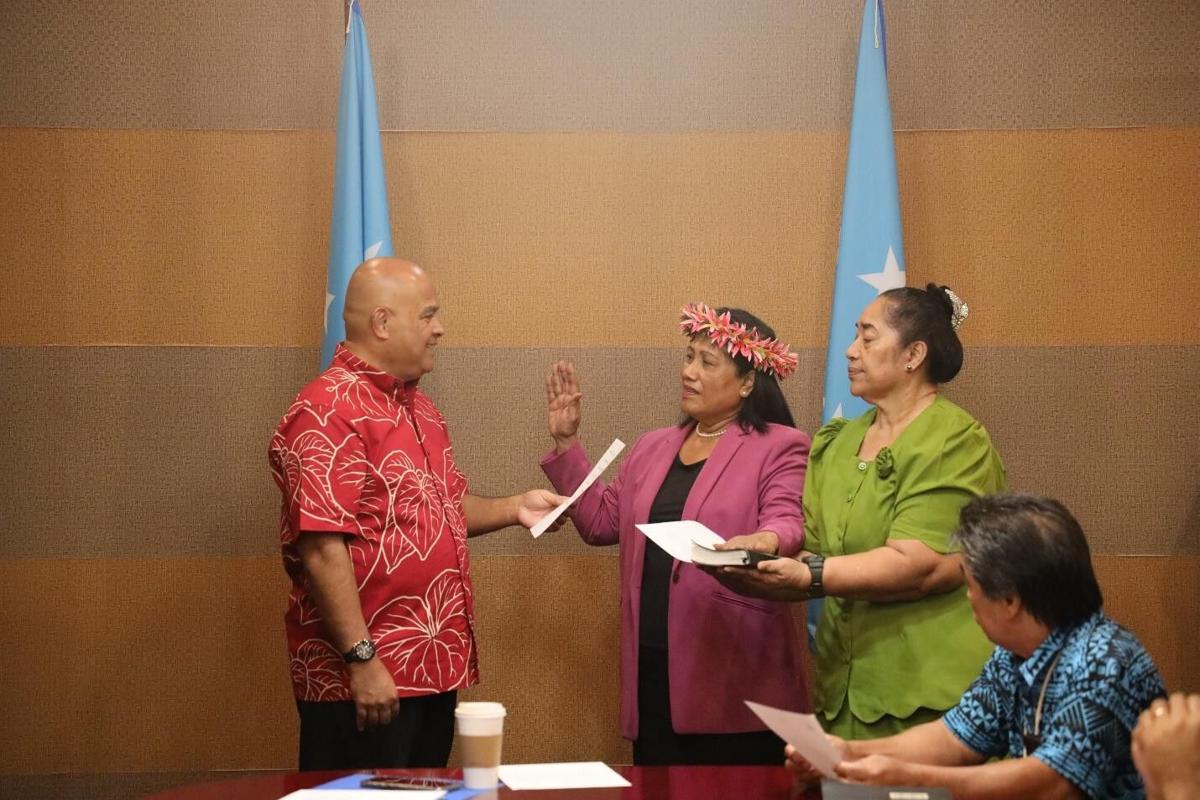 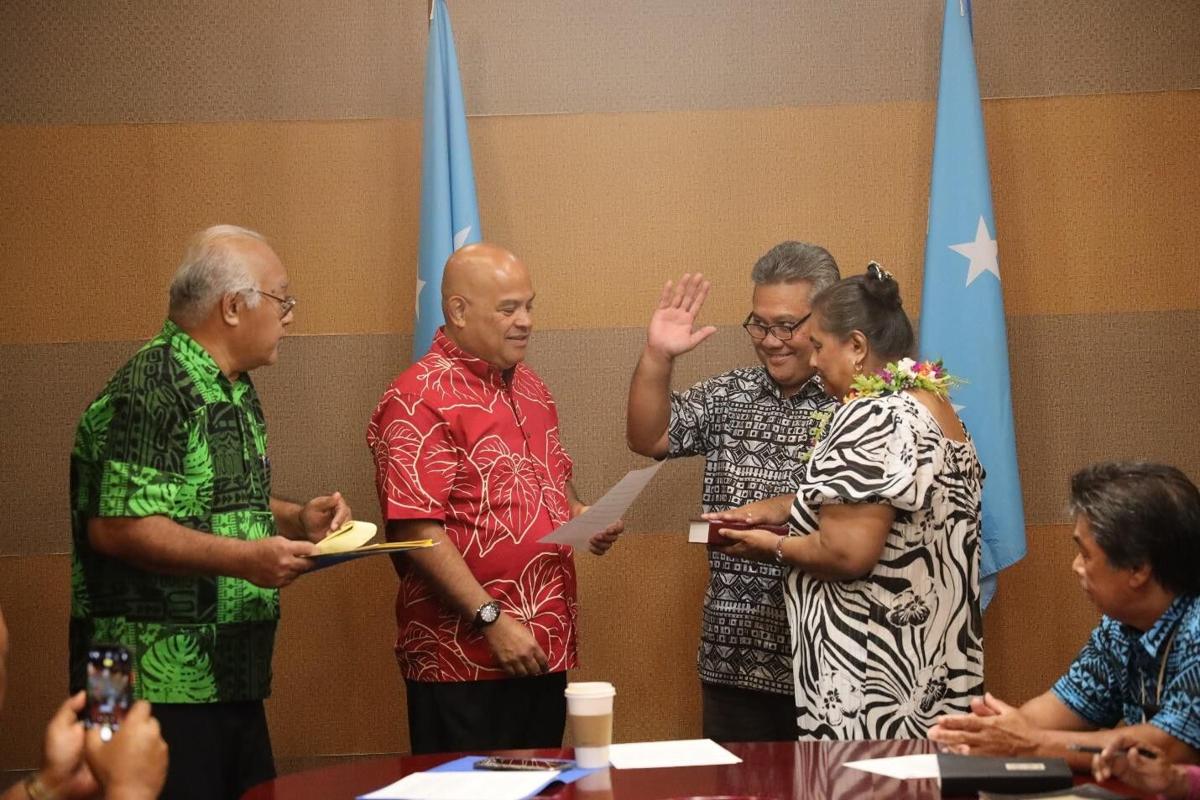 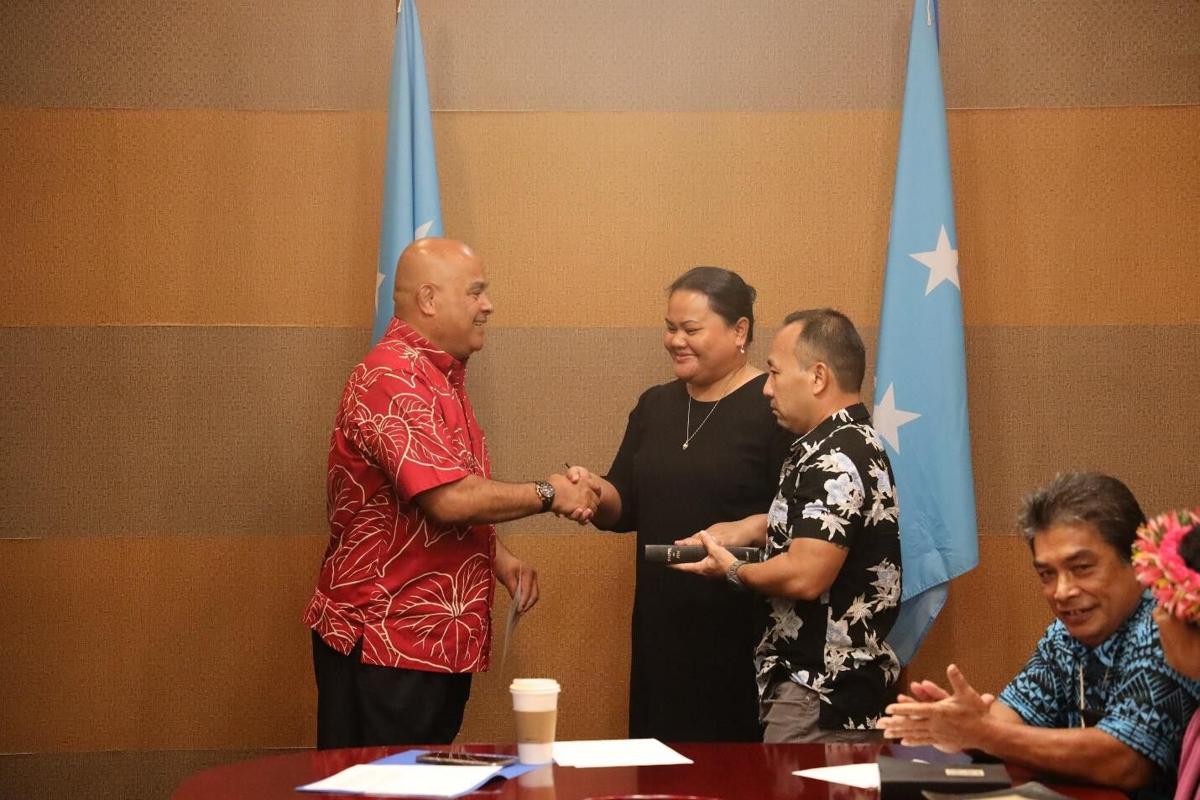 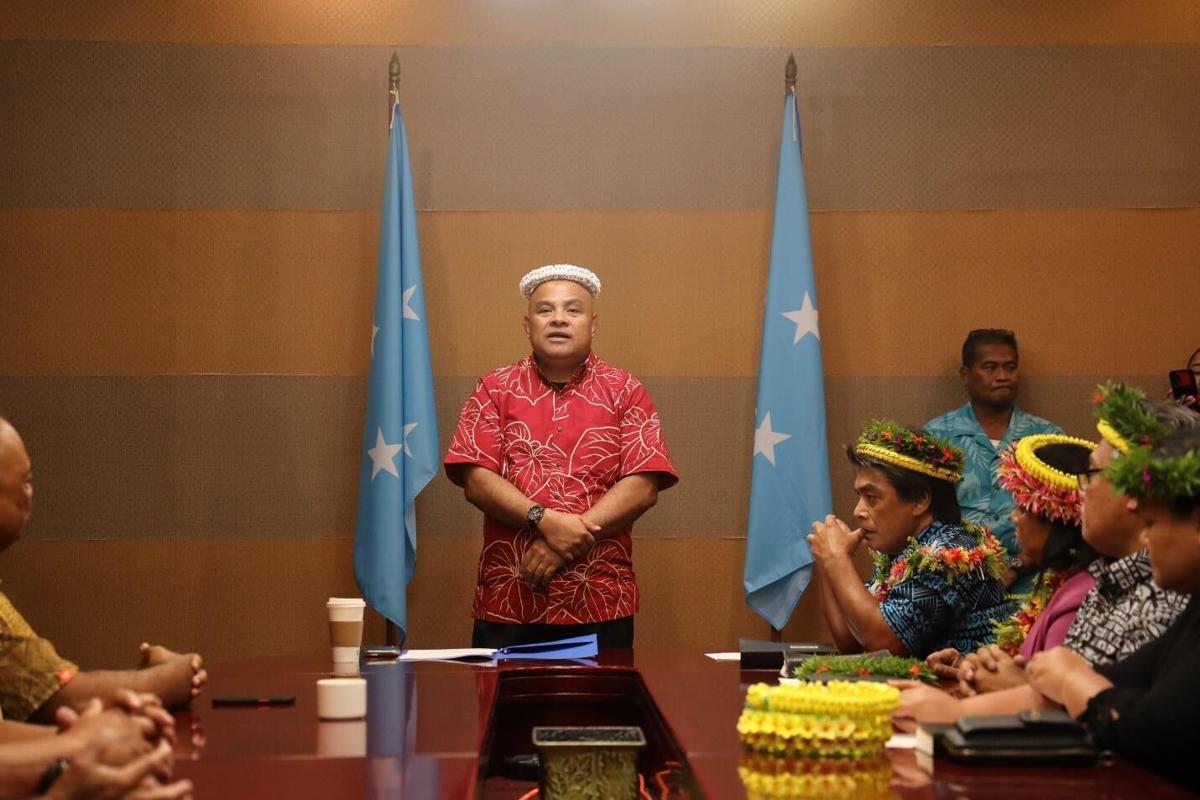 “Do you…solemnly swear that you will faithfully execute the duties and responsibilities of the office to which you have been appointed, and will, to the best of your ability, uphold, promote, and support the laws and Constitution of the Federated States of Micronesia, so help you God?” asked President Panuelo.

“I do,” the officials said.

In his remarks, President Panuelo said Director Lambert is committed to ensuring that national elections are fair, accountable, and transparent.

He said Lambert, formerly the speaker of the Pohnpei State Legislature, is keen to address perceived flaws in the FSM’s election processes, and noted that the director has significant work ahead of him as the 4th FSM Constitutional Convention is set to reconvene on or around Oct. 25, 2021, with July 12 tentatively scheduled as the referendum date for proposed amendments to the FSM Constitution.

President Panuelo said Secretary Aisek, a former director of Chuuk State’s Department of Education and a former member of the Chuuk State Legislature, is a champion of children, and will focus on improving the quality of basic education services in the FSM, including a rigorous application of the FSM School Accreditation Systems Procedures.

As for Secretary Samo, he has long been the right-hand lieutenant for previous secretaries at the Department of Health & Social Affairs, and, as a highly capable and competent bureaucrat, Secretary Samo has played a crucial role in both keeping the FSM Covid-19 free, President Panuelo said.

Secretary Akinaga, for her part, has experience across multiple sectors, ranging from tourism to food security, and auditing to tackling typhoons.

President Panuelo noted that Secretary Akinaga, an adept professional, has vowed to strengthen the capacity of each of the Department of Resources & Development’s six sectors.