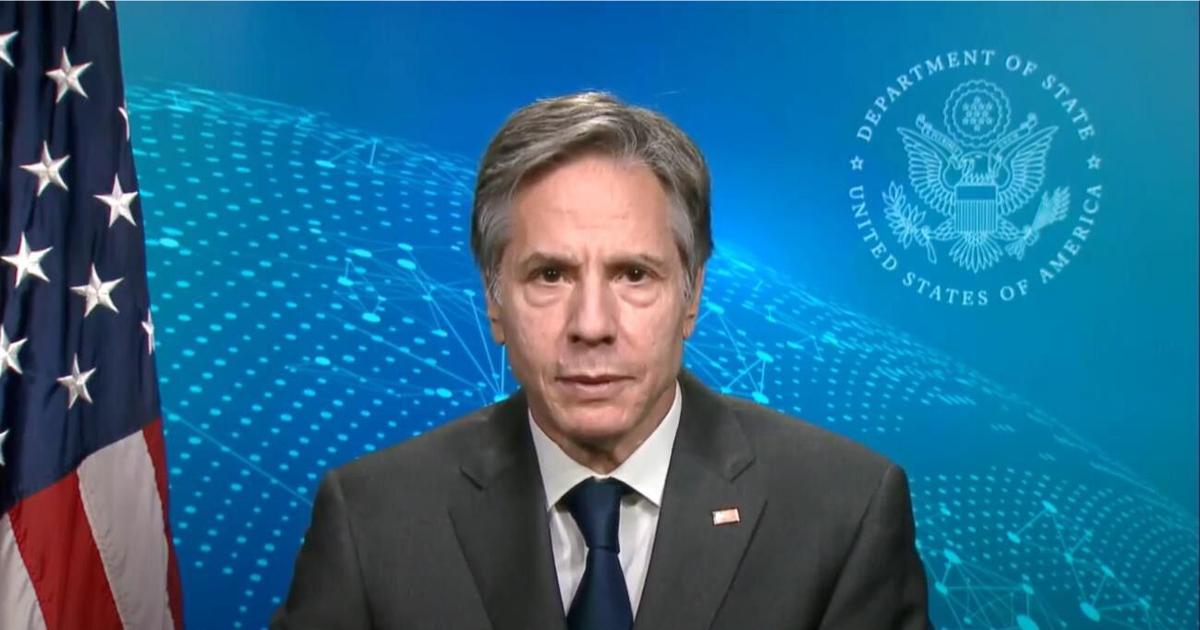 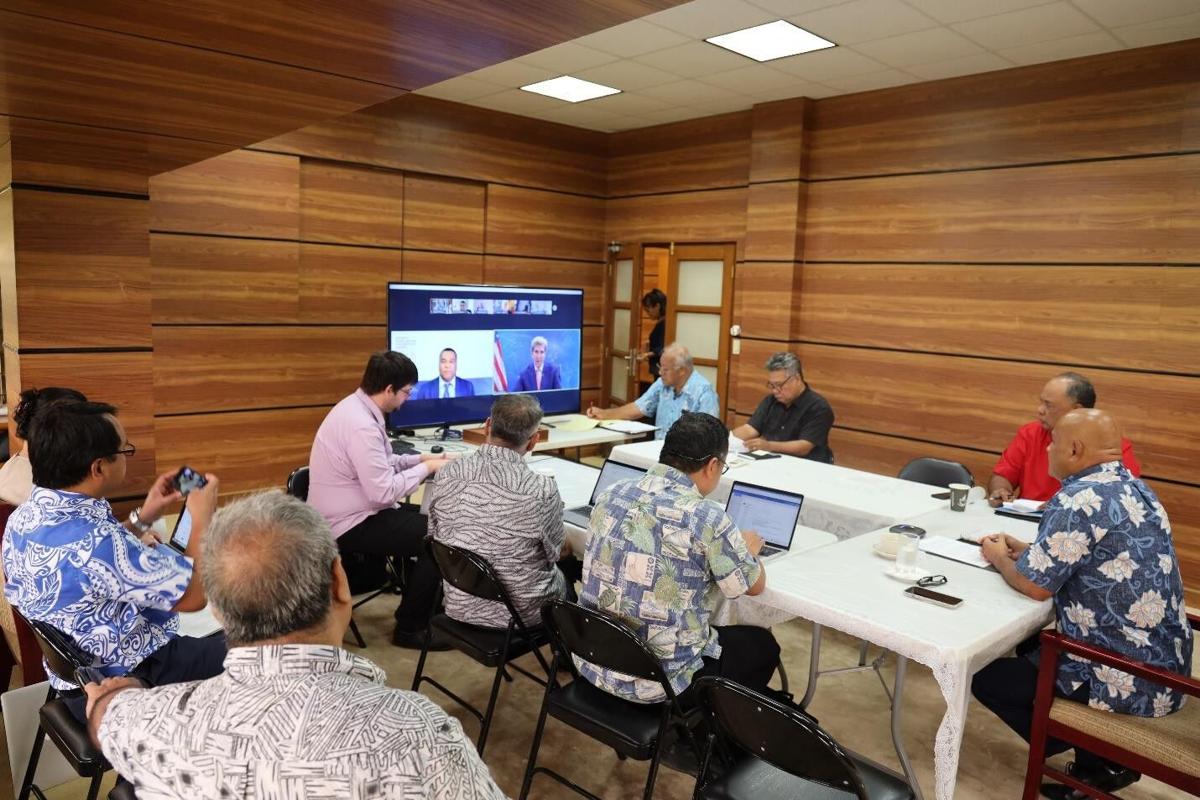 The primary purpose of the  virtual meeting was for Pacific leaders to dialogue on regional issues and concerns.

President Panuelo, who served as interim chair for the meeting, was subsequently voted to become the chair of the PICL, whose next formal in-person engagement is scheduled to occur in the U.S. State of Hawaii in 2022.

President Panuelo expressed gratitude to the other leaders on behalf of the FSM. “We take your vote of confidence seriously and look to you for your continued guidance and support,” he said. “To me, this meeting of leaders also reinforces the true meaning of regionalism and the Pacific Way…keeping in mind that its membership is one of the largest and most genuinely inclusive in the Pacific region, including sovereign nations, as well as territories and the State of Hawaii. All are integral and active players in regional affairs, and our combined efforts are necessary to ensure that regional matters of interest and necessity, such as the existential threat of climate change, are sincerely and quickly addressed. Let’s take actions today for our regional and global prosperity tomorrow.”

Founded in 1980 by Fijian statesman Ratu Sir Kamisese Mara and Hawaii Gov. George Ariyoshi as a forum for Pacific Island leaders — regardless of political status, and without formal intergovernmental protocol — the PICL allows for leaders to engage in frank, open, non-attributable discussion on items of mutual interest.

The free-flowing discussion was limited to Pacific leaders and/or their designated representatives, with the intent of identifying priorities for their countries that would inform the work of the PIDP, which is a distinct component unit of the U.S. Congress-initiated East-West Center. There was consensus among all the delegations that climate change, the ongoing Covid-19 pandemic and its long-term impacts, and sustainable economic development and industry innovation were priorities shared universally across the Pacific region. In addition, many leaders spoke to shared priorities specific to information and communication technologies, foreign aid and diplomacy, and the protection of ocean resources. National and regional security, health and food security, nuclear legacies, post-pandemic economic and other recovery, and disaster preparedness and management were also raised as priorities among many members. Of specific import to the FSM, President Panuelo announced the recent legislation passed by the FSM Congress to mandate that the FSM Trust Fund be aware of climate change, and purposefully seek to align the nation’s values of environmental protection and green and low-carbon alternatives with the FSM’s future financial security.

Several members, including the FSM, spoke at length about how PIDP is an organization with the capacity, and obligation, to build better bridges between Pacific Islands and the United States of America. Antony Blinken, secretary of the U.S. Department of State, spoke about U.S. government relations and cooperation with Pacific Islands at the opening of the 11th PICL; his address to the Leaders is in the public domain, and may be found here: https://www.youtube.com/watch?v=XD8tis-cfGI

Special envoy Kerry noted that the U.S. government remains committed to investing funding and support in adaptation, mitigation, resilience, and sustainability efforts in the Pacific and globally. He noted that the top six U.S. banks have pledged to invest $4.16 trillion over the next 10 years to mitigate temperature increase. The special envoy emphasized the need for the United States to look to its Pacific allies, friends, and partners, noting that Pacific Islands’ participation and contributions in addressing the existential threat of climate change is essential.

President Panuelo closed the discussion with Special Envoy Kerry with remarks highlighting the relationship between action on climate change and the strengthening of democracy and democratic principles, and noted his appreciation for the U.S. government’s return to the Paris Agreement.

“The world needs the United States to lead the global cooperation effort in making peace with nature,” President Panuelo said, “because the United States is a country with the economy, resources, and influence to form large coalitions of like-minded governments to implement policies that are good for humanity at large.”

“However,” he added, “there’s another reason the world needs the United States to lead the fight against climate change, which is that the United States, at its core, is a democracy that supports and stands for human rights, fair treatment for all people, the rule of law, and peace, unity, and liberty. Though countries, including the FSM, may sometimes criticize the United States for not living up to its values, we do so because those values are worth protecting.”

“It deeply worried me,” President Panuelo continued, “that the former U.S. administration rejected climate change and rejected science, because we all know that science is based on objective fact and truth. I am still worried today, because it is not a slippery slope to see the connection between the rejection of truth, such as the existence of climate change, and extend that to the rejection of reality as we know it. It is not a coincidence that the population that rejects climate change also rejects the veracity of the recent U.S. election, but just because that population rejects science doesn’t mean they can divorce themselves from feeling emotion. If led to anger, they will feel angry, and as we saw on January 6th, some of them will become violent as a means to feel power over the truths they have denied themselves to acknowledge.”

“Special Envoy Kerry,” Panuelo said, “I am worried about the potential future existence of a fascist America. From a purely self-interested perspective, we all know that the [FSM] and the Pacific region at large want to defeat climate change because it’s an existential threat that will destroy our islands, our cultures, and our lives. We have seen authoritarian governments rising across the World, and whether they are in South America, Africa, Europe, or Asia, there is a relationship between the absence of democracy and the absence of science; there is a relationship between the rejection of truth, and the rejection of action on climate change. In this respect, I suggest that a crucial element of addressing the global climate \crisis is the preservation and strengthening of democracies and the democratic process.

“It is for this reason that I humbly ask that the U.S. government, the East-West Center, and the [PIDP], where able and where appropriate, to consider the relationship between the presence of democracy and the presence of action against climate change when developing and implementing programming for the citizens of our region.”

President Panuelo summarized his remarks by saying: “Because the Pacific wishes to continue to exist, the world must address climate change; because climate change is science, and science is truth, the world must promote truth in all its forms; because authoritarian governments reject  truth, and democracies uphold truth, democracy and democratic principles must be strengthened. It is by strengthening democracy that, in part, the World can make peace with nature, and solve the climate crisis.”

Documentary evidence of the 11th PICL exists in the form of a communiqué which resides in the public domain, and will be available on the PIDP website in the coming days: https://pidp.eastwestcenter.org