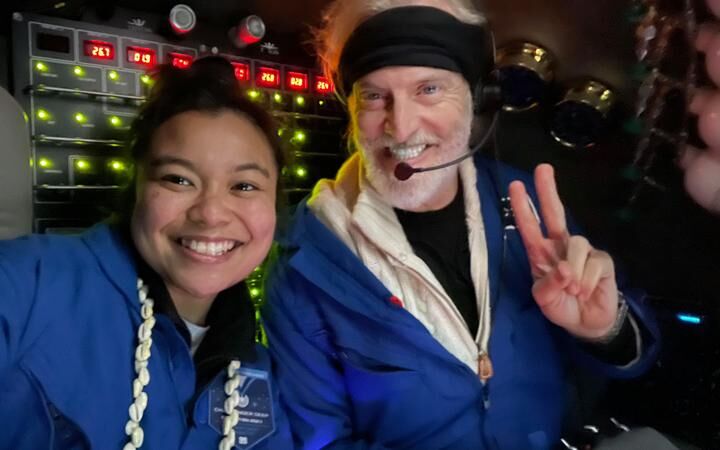 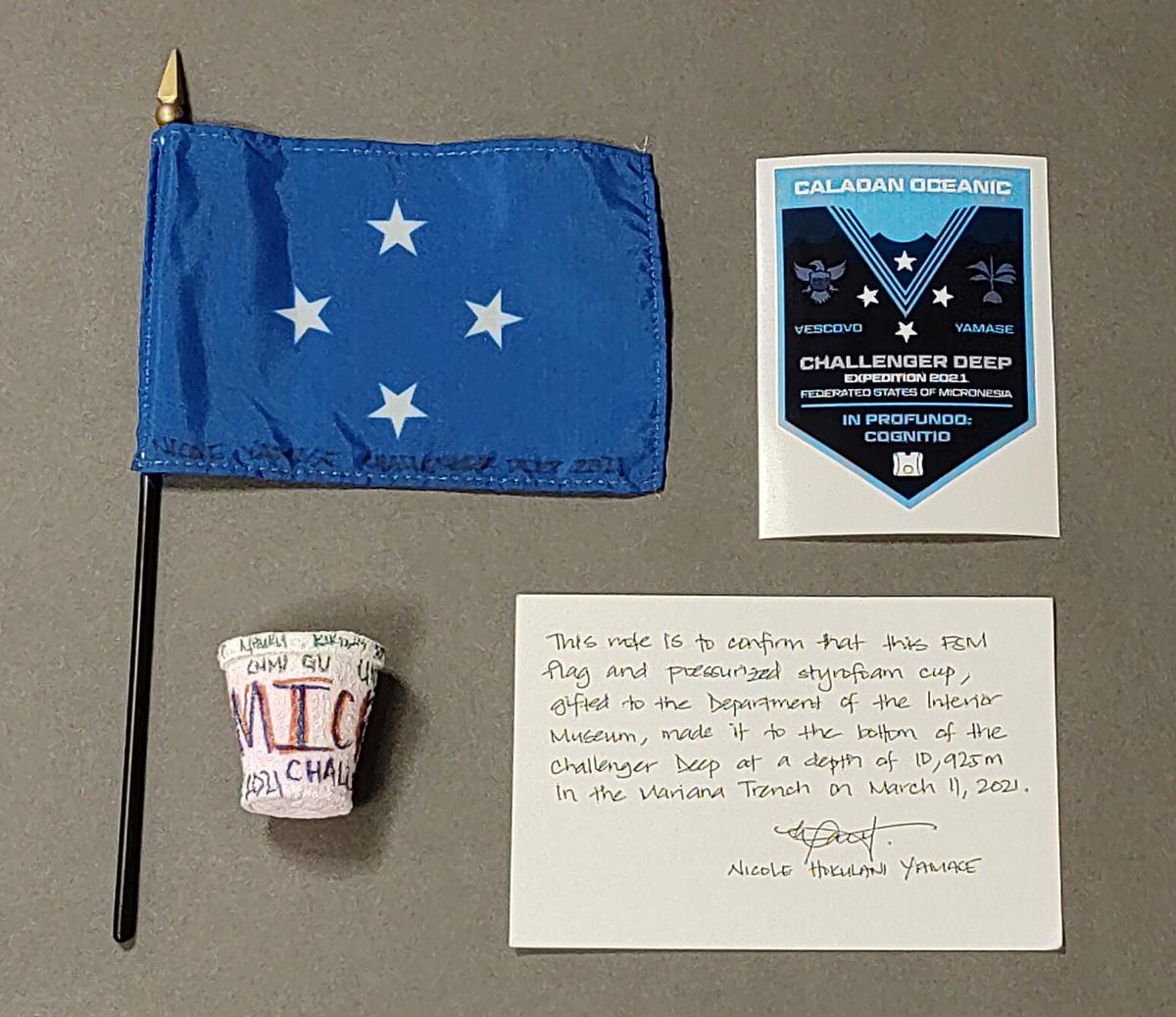 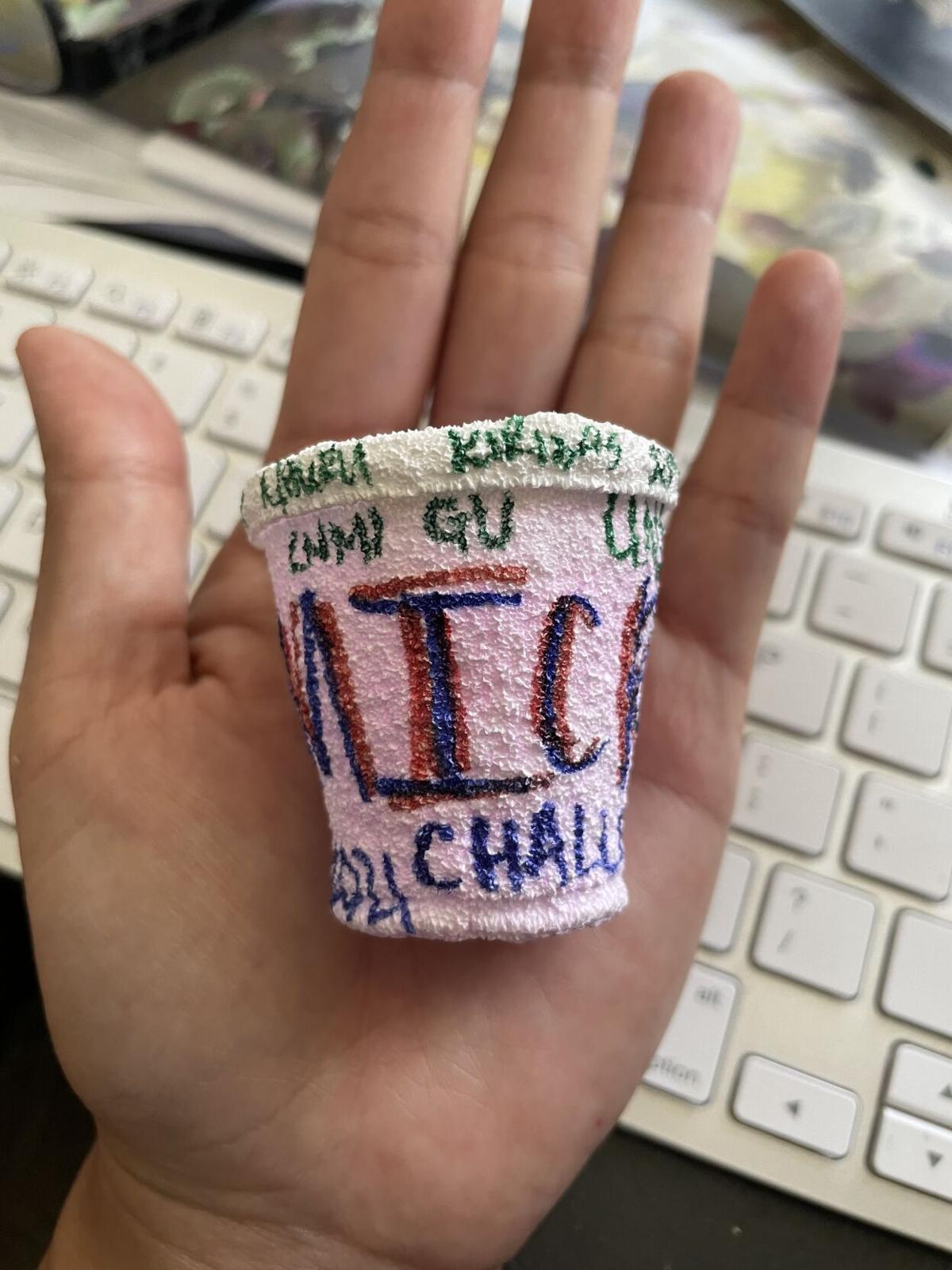 WASHINGTON (Interior Department) —  The U.S. Department of the Interior’s  Office of Insular Affairs  applauds the Interior Museum for recently acquiring items donated by Nicole Yamase, who on March 11, 2021, became the first Pacific Islander to descend to the Challenger Deep in the Mariana Trench. The Interior Museum accepted the items this week in honor of Asian American, Native Hawaiian, Pacific Islander Heritage month.

“May these items represent our strength, pride, resiliency, and the amazing accomplishments we will continue to achieve as Pacific Islanders,” said Nicole Yamase.

“We often remark that our collection spans from West to East and from sea to sky, but to be given these items that have traveled with Nicole Yamase to the deepest known section of the Earth’s ocean is a first for the museum and incredibly special,” said Tracy Baetz, chief curator of the Interior Museum.

“We are pleased that the Interior Museum continues to update and strengthen its collection, including items that represent the island areas,” said Nikolao Pula, acting assistant secretary for insular and international affairs. “This gift represents the unique achievement Ms. Yamase has made as the first Pacific Islander to descend to the Challenger Deep and will now continue to share her story for generations to come.”

From her journey to a depth of nearly 36,000 feet (11 kilometers), Yamase has gifted a  polystyrene cup with "Micronesia," "United We Stand," and the names of the Micronesian islands written on it that accompanied her on the outside of the Deep Submergence Vehicle Limiting Factor and has shrunk to the size of a large thimble, visibly demonstrating the effects of ocean pressure; an autographed flag of the Federated States of Micronesia, which she carried with her inside the submersible; and badges from the mission. Yamase completed the expedition with retired U.S. Naval officer and undersea explorer Victor Vescovo.

The Mariana Trench straddles a large part of the Western Pacific from the Commonwealth of the Northern Mariana Islands, encompassing Guam and part of the exclusive economic zone of the Federated States of Micronesia, where the deepest known point, the Challenger Deep is found. Yamase, a Ph.D. candidate in marine biology at the University of Hawaii at Manoa, who hails from the Federated States of Micronesia is among the few people to have made the voyage and is the first Pacific Islander to do so.

Yamase’s expedition was culturally, historically, and scientifically significant and an important milestone in her educational journey, which was partly funded through the Micronesia Conservation Trust’s or MCT Bill Raynor Micronesia Challenge Scholarship Fund. The MCT is a regional non-profit organization supporting biodiversity conservation and related sustainable development in Guam, the Commonwealth of the Northern Mariana Islands, the Federated States of Micronesia, the Republic of the Marshall Islands, and the Republic of Palau. The MCT has been a recipient of OIA funding to support capacity development, training, and the protection of natural resources.

To learn more about Nicole Yamase’s historic expedition, listen to the OIA Conversation with Nicole Yamase on YouTube at: https://youtu.be/TBJV1GgyZIk.