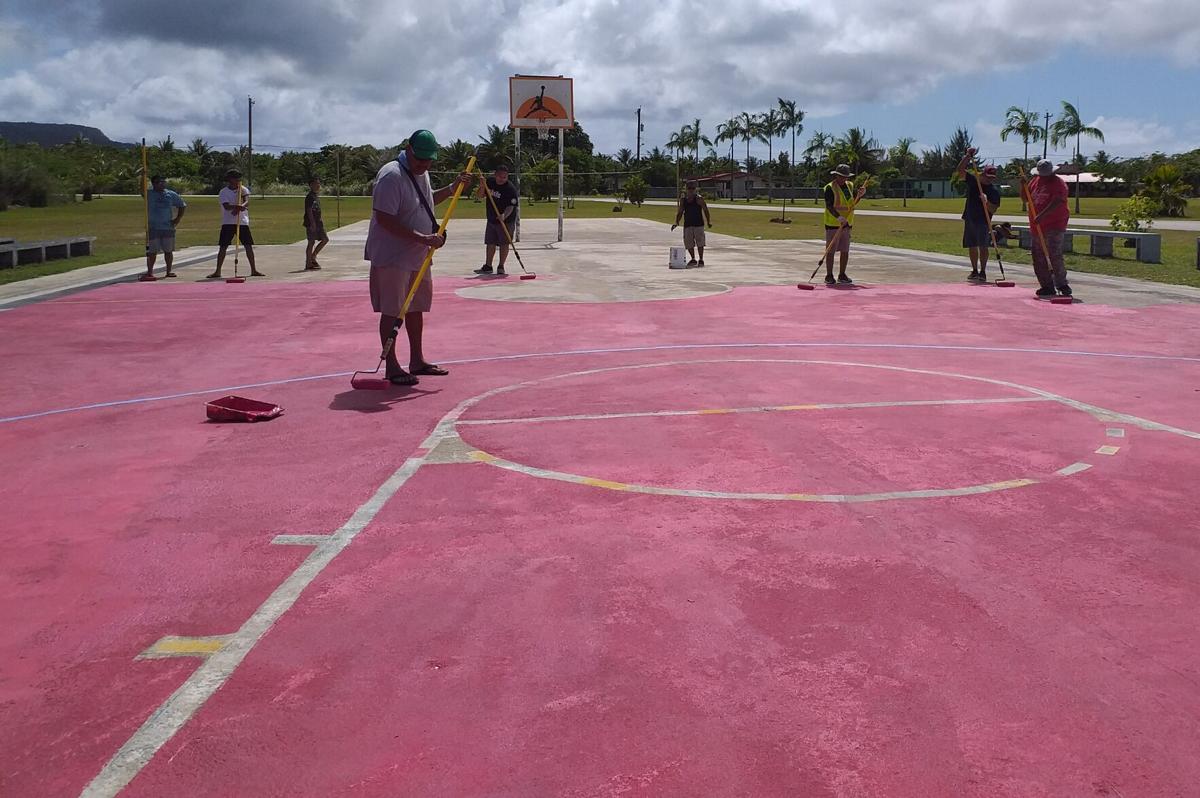 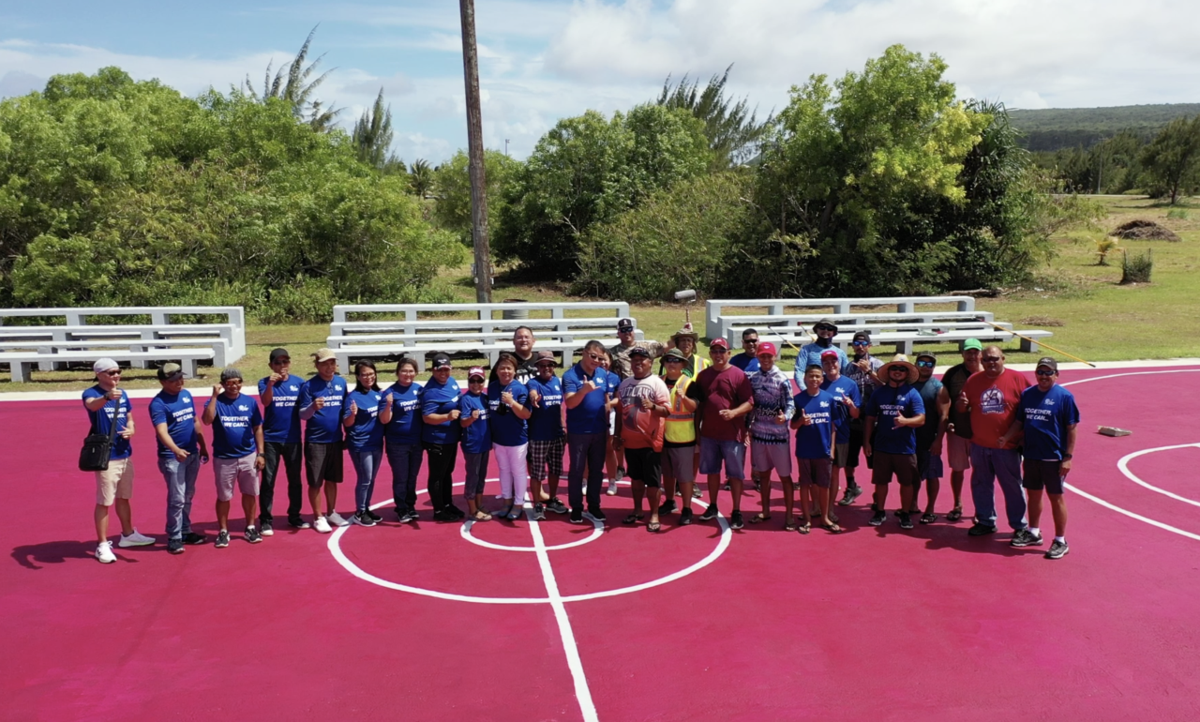 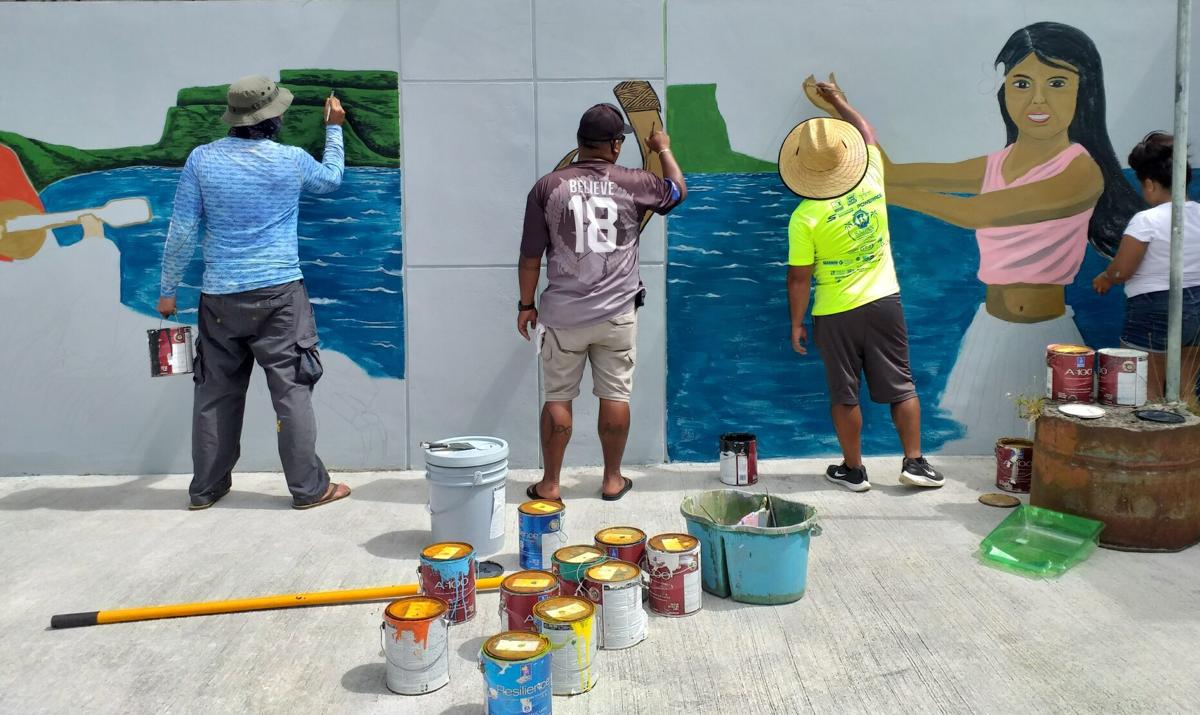 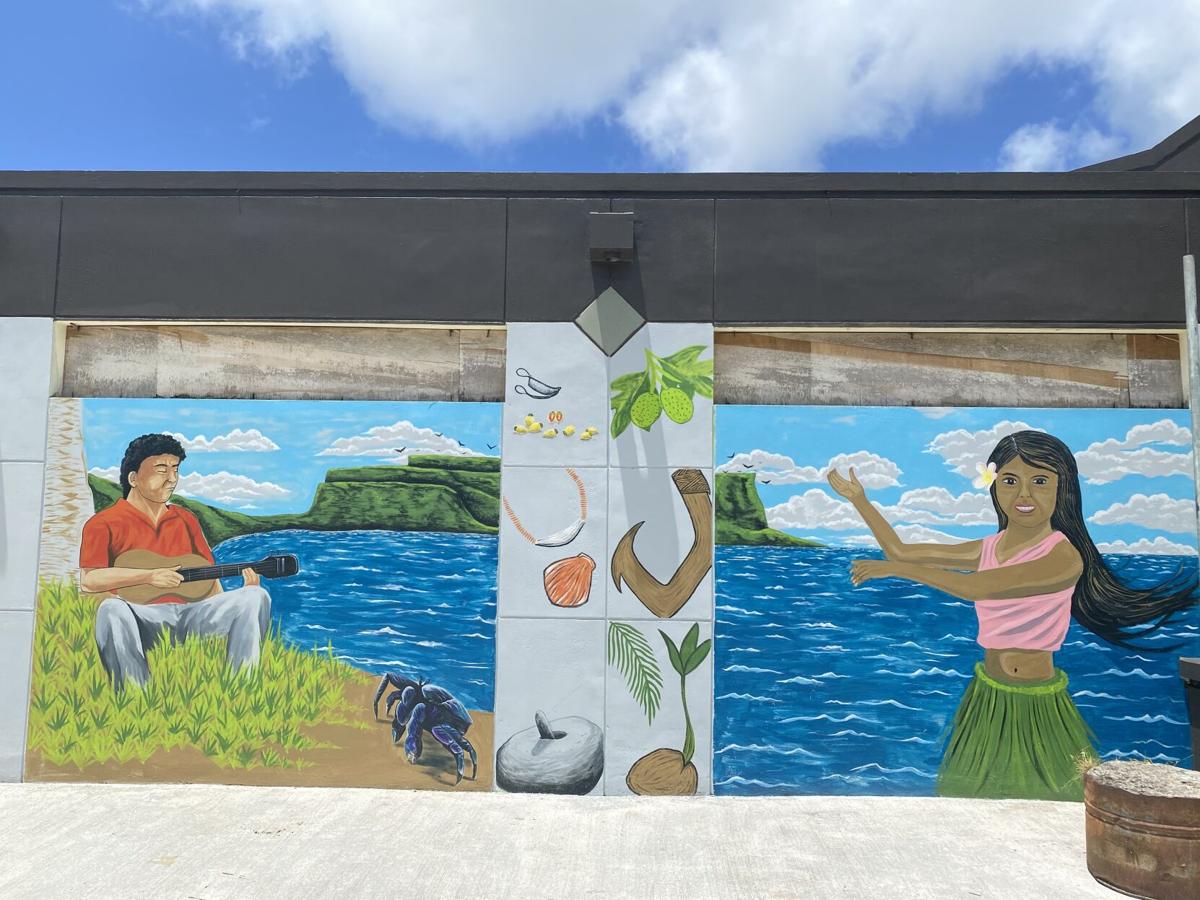 ROTA (GCEA) —  The Governor’s Council of Economic Advisers  and its partners showcased the strong sense of community in the Marianas at the kick-off of its first-anniversary celebration on Rota over the weekend, which included a Public Private Partnership transformation event to commemorate the milestone. The PPP campaign is a Marianas destination transformation initiative of the GCEA.

The Office of the House Minority and members of the CNMI Senate, their staff, and family members traveled to Rota and joined Rota Mayor Efraim Atalig and the host island’s residents in transforming the Sinapalo Youth Center and basketball court. The two sites are among the 15 village facilities that the House minority has adopted in support of the PPP campaign.

“We would like to thank the GCEA for celebrating its first anniversary here on Rota and for bringing the PPP program to our island. It’s been a while since we had a celebration on Rota and welcomed visitors from Tinian and Saipan due to the Covid-19 pandemic. Somehow, this pandemic brought us back together and made us closer as we work together to make the Marianas a better place for each other and our future visitors,” Mayor Atalig said.

Mayor Atalig and Gov. Ralph DLG Torres, who co-chairs the GCEA with Jerry Tan of Tan Holdings, were joined by other GCEA officials and members, lawmakers, and volunteers in celebrating the council’s first anniversary with a commemorative PPP project at the Sinapalo facilities on May 21-22. The basketball court’s surface, bleachers, and posts were cleaned and repainted, while the youth center received a facelift that was highlighted by a mural and artwork on the exterior of the building.

Saipan Youth Sen. Easton Dela Cruz managed the prep work for the mural and encouraged his fellow youth to step up and help the community in all three islands. Abriette Manglona, a youth senator representing Rota, said the PPP project binds all the Marianas leaders to work together to provide better opportunities for residents, especially the youth, to greatly benefit from these transformations.

Sinapalo resident Mildred Sikebert said Rota’s limited resources make it more challenging to have similar projects as Saipan, but with the PPP and the support the campaign is receiving from both the public and private sectors across the Marianas, she is positive that Rota will see more transformations of destination sites and village facilities.

Governor Torres called on the Rota residents to take care of the facilities that have been transformed and thanked all PPP partners who have been instrumental in the success of the campaign.

“The PPP projects will give us a competitive edge when we welcome tourists back and rebuild our economy. Ultimately, these projects with GCEA’s other initiatives are aimed at giving a better quality of life for all who call The Marianas home. There’s more work to be done to achieve this, but together, we can,” Governor Torres said.

While on Rota, the GCEA held a formal signing of a memorandum of agreement with five PPP partners from Rota on Saturday, May 22. The Commonwealth Ports Authority- Rota, the Filipino Community of Rota, Hotel Valentino, Rota Merchandising and DK Brothers, and the Rota Mayor’s Office signed five-year MOUs for the repairs and maintenance work of the Melchor Mendiola Leadership Park, Benita Manglona Building, and Airport Road. The partners will also continue the work on the Sinapalo project.

The council was established through Executive Order 2020-11 to aid in the formulation of economic initiatives and transformation of destination sites and facilities in the Marianas. In just one year, the PPP program has grown to welcome 53 partner organizations that have adopted 55 sites throughout Rota, Tinian, and Saipan. Plans for future growth include identifying more sites for adoption and encouraging partners to envision bold transformation opportunities for these sites.

At the event on Rota, the GCEA also announced the launch of its official website — cnmieconomy.com — where all PPP partners and sites are featured. Before and after photos illustrate the incredible work being done for the community’s benefit.

From Rota, the GCEA will head to Tinian in June for the second leg of its anniversary celebration. The council, through the help of the Tinian Mayor’s Office and volunteers, will transform several basketball courts on the island on June 25 and 26 and engage residents in other prospective PPP projects. On July 3, the GCEA will conclude its first- anniversary celebration on Saipan with an island-wide cleanup involving all its PPP partners. New PPP partners and volunteers are welcome at all PPP events. Sign-up information can be found on the GCEA’s Facebook and Instagram pages (@cnmigov.economy) or can be requested by email at  gceacnmi@gmail.com