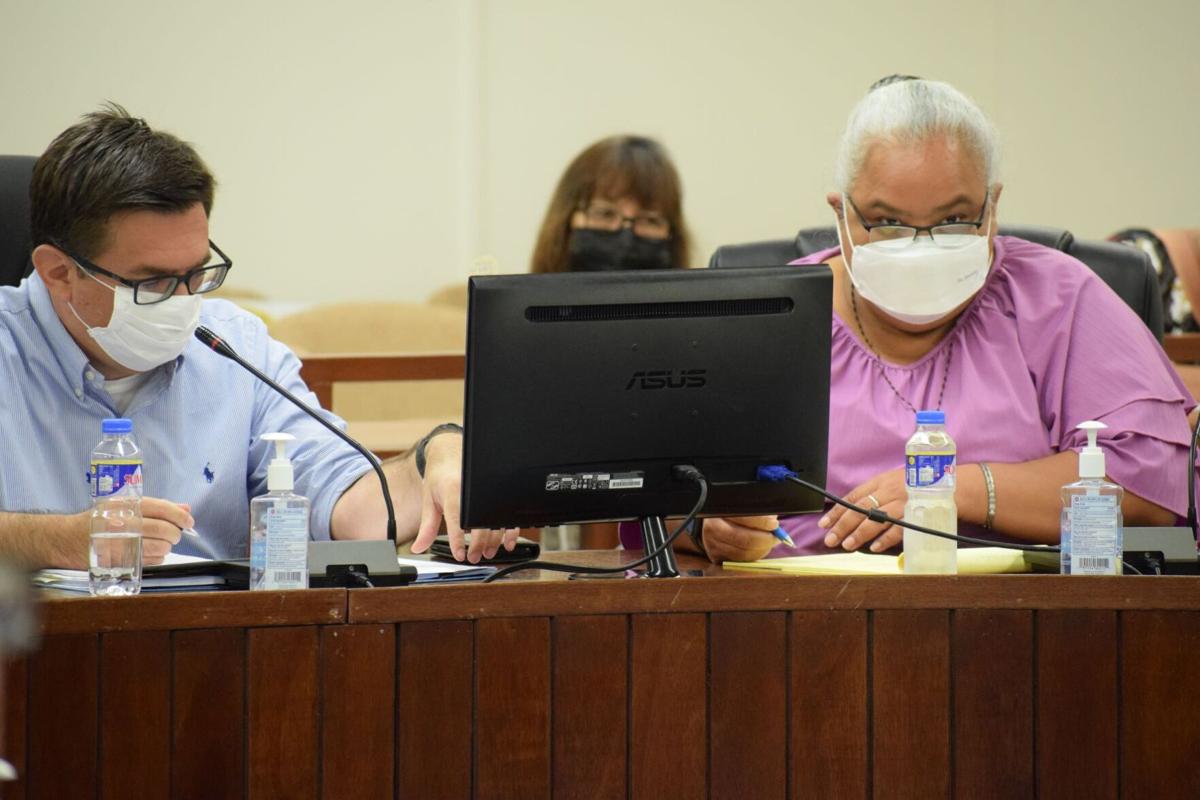 Gil Birnbrich, the governor's legal counsel, left, and attorney Viola Alepuyo appear before the House Judiciary and Governmental Operations on Wednesday in the House chamber. 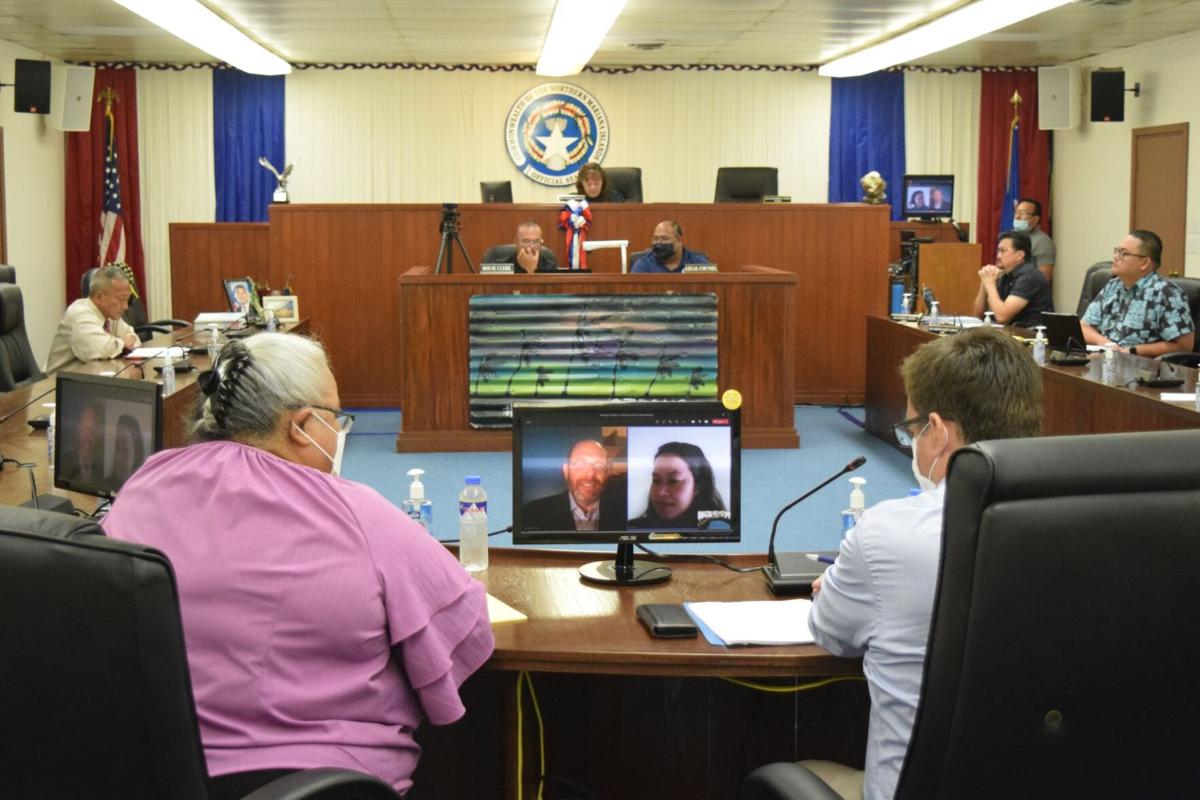 Attorneys Viola Alepuyo, left, and Gil Birnbrich, right, listen to Ross Garber speaks via videocall during the House Judiciary and Governmental Operations meeting on Wednesday in the House chamber.

Gil Birnbrich, the governor's legal counsel, left, and attorney Viola Alepuyo appear before the House Judiciary and Governmental Operations on Wednesday in the House chamber.

Attorneys Viola Alepuyo, left, and Gil Birnbrich, right, listen to Ross Garber speaks via videocall during the House Judiciary and Governmental Operations meeting on Wednesday in the House chamber.

THE Democrat-led House Judiciary and Governmental Operations Committee on Wednesday convened to accommodate the request of Gov. Ralph DLG Torres' lawyer, Ross Garber, who wanted to discuss issues pertaining to testimonial immunity that he has invoked for the Republican governor's executive assistant, Frances Dela Cruz.

Dela Cruz was subpoenaed by the committee to testify regarding the governor's travels and expenditures, at 10:30 a.m. Thursday, Oct. 14, but her legal counsel, Viola Alepuyo, told the committee that Dela Cruz would not be able to appear "in light of the constitutional testimonial privilege and immunity recently raised by the attorneys for the Office of the Governor."

She told the committee chair, Rep. Celina Babauta, that her client's constitutional rights "are of the utmost importance and I need time to advise her appropriately."

The committee convened at 10:30 a.m. Wednesday in the House chamber with Alepuyo, Birnbrich and, through videocall, Garber.

In her remarks, Babauta noted that "time and time again, the governor repeatedly said that he has nothing to hide."

But the governor is now “demonstrating actions that the committee views as resistance and roadblocks to the legitimate investigative functions of the Legislature.”

"I feel this is a serious betrayal of the Constitution and the separation of powers between the executive and legislative branches," she added.

Babauta also told Alepuyo, "We were very disappointed [by your] response and by your indication that Ms. Dela Cruz will not be testifying."

Babauta reiterated that witnesses are not the “targets” of the investigation, and are needed only to shed light on certain facts.

She said this is the reason why her committee granted Alepuyo's request to discuss the issues raised by Garber pertaining to testimonial immunity.

Babauta set another committee meeting for Oct. 19, Tuesday, at 10:30 a.m., adding: "We hope that no further barriers or obstacles are placed in our way so that we can receive the testimony of Frances Dela Cruz."

Propst asked, "Why is the governor worried about Dela Cruz testifying?"

He said that all Dela Cruz has to do is testify and answer questions. "I don't see what’s the fear on that. What is the harm in that? Can you explain what is the fear of the governor on this? Enlighten us so we can understand why,” he asked Garber.

Garber said he was looking to work with the committee on a “path forward.”

He said he hopes the executive and legislative branches of the government can work collaboratively to address “the significant constitutional issues that have been raised.”

Rep. Tina Sablan asked Garber if the governor directed Dela Cruz not to appear before the committee.

Garber said he was not aware of any specific direction, "other than making sure that she's aware of the immunity issues or the privilege issues."

Alepuyo added, "I can tell this committee that unequivocally, she has never gotten an instruction from the governor not to appear and not to testify."

Rep. Tina Sablan then asked the same question to Birnbrich who replied: “It is my recollection that the governor has not directed her not to testify, but we have spoken with the counsel for Dela Cruz and she has agreed to allow the governor to pursue the issue of testimonial immunity on her behalf."

At the end of the meeting, Babauta said, "We are here to strengthen and defend the rule of law, not to weaken it and not to disfigure it. This is not a question of perfection of law. It is a question of democratic foundation and principles. That and nothing other than that is the issue before this House, before this committee."