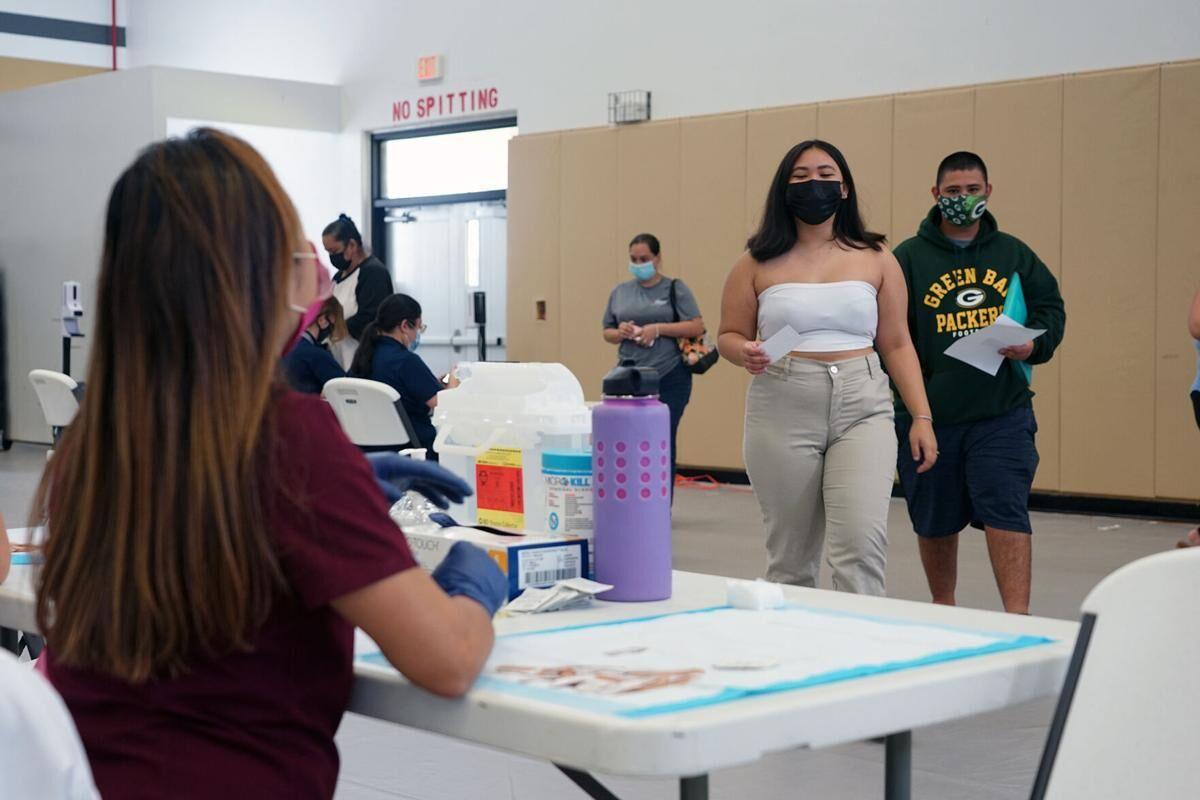 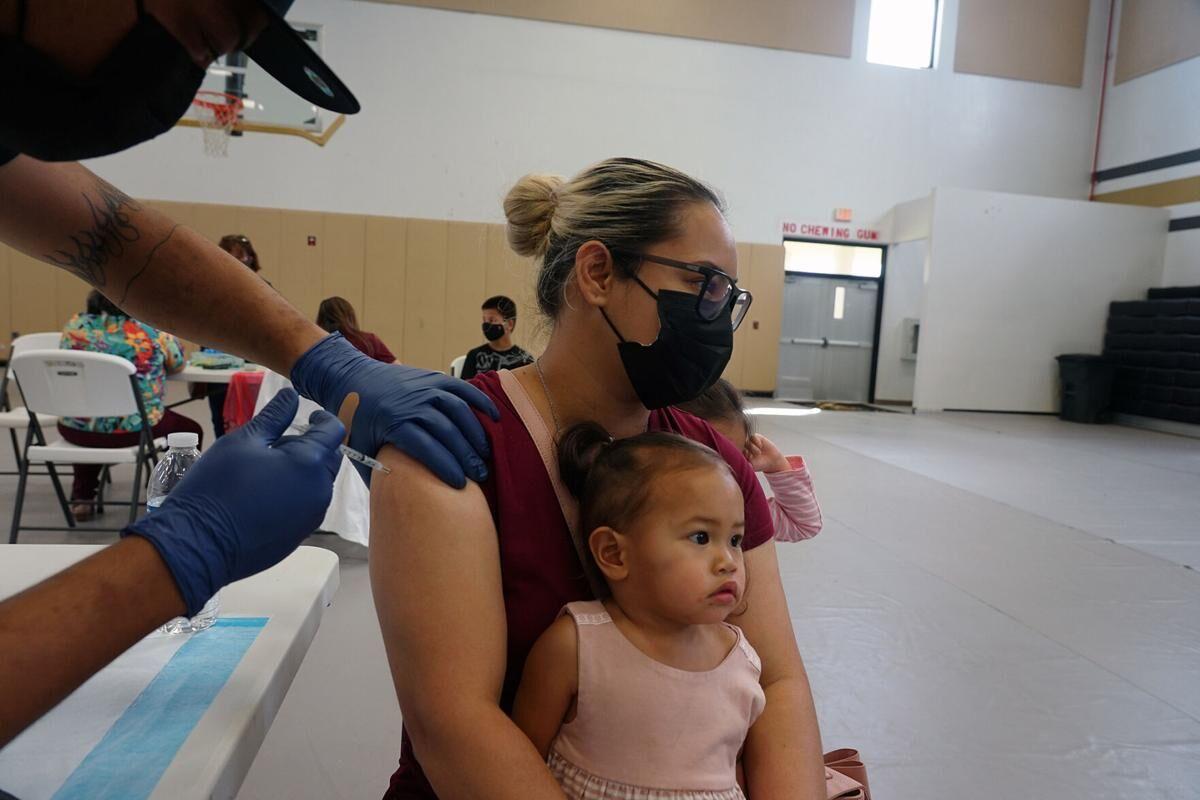 Tiriah Guerrero gets her second shot of the Pfizer Covid-19 vaccine at the Tiyan High School gym on Saturday morning.

Tiriah Guerrero gets her second shot of the Pfizer Covid-19 vaccine at the Tiyan High School gym on Saturday morning.

HAGÅTÑA (The Guam Daily Post) — The Covid-19 surge that started in late July and has led to hundreds of new daily cases doesn’t look like it’s about to subside soon.

“We were hoping this thing would burn out in five to eight weeks, but it looks like it’s not burning out,” Dr. Hoa Nguyen, of American Medical Center and formerly the governor’s Physician Advisory Group, said on Saturday.

As of 6 p.m. Saturday, there were 79 Covid-19 patients in local hospitals. Joint Information Center officials said more than half, specifically 41, of those patients are unvaccinated.

The Department of Public Health and Social Services reported a preliminary case count of 89 new cases of Covid-19 from 915 tests conducted on Sept. 17. Additional results are pending analysis and submission from other clinics and will be reported on Monday, Sept. 20, the JIC reported.

If these numbers follow the last few weekends, the final reports will bring triple-digit numbers.

Nguyen said one of his concerns is how the virus seems to be spreading “very rapidly.”

“This is the worse community spread we have seen,” he said. “It’s so far spread out throughout our community.”

Nguyen urged residents to “act like everyone — especially those people who don’t live in the same house as you — has Covid-19.”

Following that, he said keeping your distance, wearing your mask and sanitizing often, are key measures to take. He added that vaccination will also help a lot to keep people who are sick from getting so sick their conditions become fatal.

Mayor Jesse Alig, of Piti and also president of the Mayors Council of Guam, said they are preparing.

“We agreed to embark on a campaign to seek medical attention if they’re feeling sick and get tested,” he said. “And of course the reason to get tested is to know if you have Covid-19 and get isolated from family…and get medical help if needed.”

Department of Public Health and Social Services officials have said that monoclonal antibodies, a Covid-19 treatment aimed at helping people who have the respiratory illness so that they don’t need to be hospitalized, will soon be administered at community-based clinics to those who test positive and meet other criteria.

The increase in hospitalizations has been a concern for officials who often point out that Guam’s two civilian hospitals are at capacity. While both hospitals have additional medical tents to expand bed capacity, beds and medical staff are finite.

“A lot of our deaths on arrival are happening when people don’t realize they’re sick. So we’re working to inform residents that it’s important to get tested sooner rather than later.”

Dr. Nguyen said part of the issue is how people define “sick.”

He said he asked a patient who tested positive if they were sick. They said no. So he asked a different question: “Do you have a runny nose? Or do have a headache?”

Dr. Nguyen said the patient told him: “I do have a cold.”

“If you have any runny nose, coughing, headache, sore throat, don’t ignore it,” he said. “Go in and get tested. You have to protect yourself, your family and those around you.”

Regarding the increasing number of people who are considered “dead on arrival,” Nguyen said this is most likely due to people not realizing they have Covid-19.

Nguyen said some people might feel fatigued and brush it off as just a long day.

“You could drop to 80% to 90% (oxygen saturation) but not feel a thing. You might just think ‘I’m tired’ and go to sleep. And that’s most likely when people pass away because oxygen passes so low that they can’t survive,” he said.

He said that’s why it’s important to get tested because if you know you have Covid-19 then you can take appropriate measures.

He also agrees with public health officials who last week recommended residents purchase a pulse oximeter, which measures blood oxygen saturation. He said healthy people are typically within the 95% to 100% level.

“If you drop below that, monitor very closely,” he said, adding that you might want to call your clinic or public health.

To illustrate his point, he said he recently saw an elderly patient who seemed otherwise OK but fatigued. He found out her daughter had Covid-19. She said she also felt like she had come down with a cold but didn’t think much of it.

“We tested her and she was positive…she didn’t realize she had Covid-19,” he said. “Her (oxygen saturation) was 90% already.”

He said he sent her straightaway to the hospital.