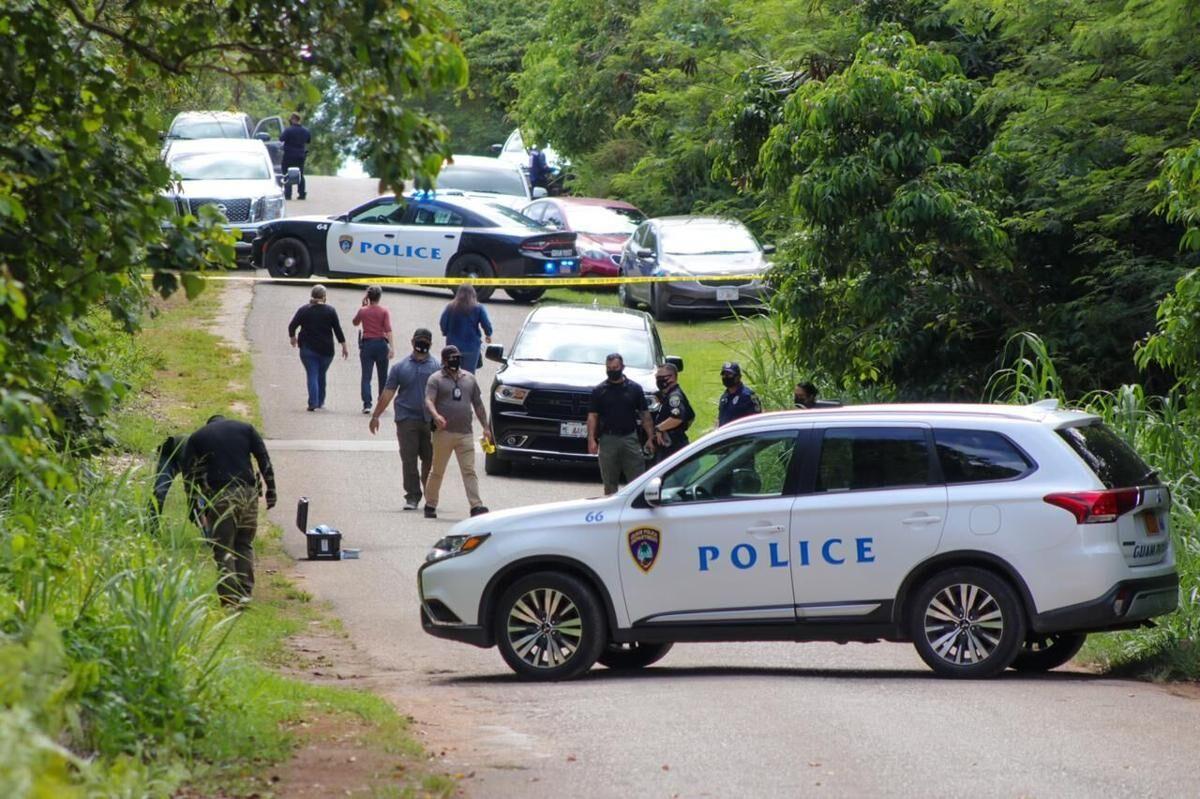 Guam police officers are investigating the discovery of a body on Swamp Road in Dededo. 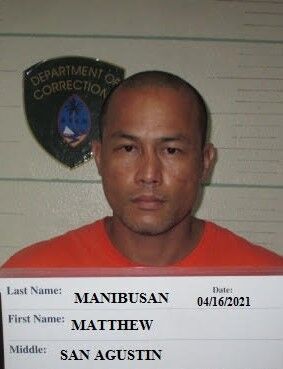 HAGÅTÑA (The Guam Daily Post) — The man accused of murdering Joshua Meno claims it was an act of self-defense.

A complaint filed against Matthew San Agustin Manibusan provided details of the incidents that transpired on April 15 at a Dededo home.

At around 1 p.m., a passing motorist found Meno’s  body just feet from the road. Court documents state police followed a trail of blood from Meno’s body to the entrance of Manibusan’s home.

Meno stopped by Manibusan’s home to have a cigarette and eat dinner with several individuals at home the night before his body was found, documents state.

Accounts from witnesses revealed Meno became embroiled in an argument with one of Manibusan’s cousins, injuring him on the neck with his machete. The man ran into the home and alerted Manibusan, who walked out of his house with a pistol and shot Meno, documents state.

After Meno was shot, court documents indicate a witness saw Meno run out and into the roadway. The witness attempted to follow but lost sight of him after a few moments.

Manibusan admitted to shooting Meno, saying he did it to protect his family, court documents state.

“Meno had been threatening his cousins while brandishing a machete and that he was afraid Meno would hurt him or his girlfriend in the home, so he shot Meno first," court documents state.

Manibusan told police that they would find the gun in a hidden compartment inside a school bus next to the home, documents state. Manibusan does not possess a firearms license.

On Saturday, he was brought before Superior Court Judge Benjamin Sison to answer charges of murder as a first-degree felony with the special allegation of use of a deadly weapon in the commission of a felony.

The court appointed the alternate public defender pending any conflict of interest, and found probable cause to pursue the charges.

The government requested that he be held on $100,000 cash bail, asserting that Manibusan is a danger to the community, and that he is on parole and was not suppose to possess or use a firearm.

The defense argued he isn’t a flight risk and doesn’t work; he would not have the means to flee the island and asked for bail to be set lower. She argued that a look at the declaration indicated that he claimed self-defense.

His next hearing is set for April 27, before Judge Elyze Iriarte.