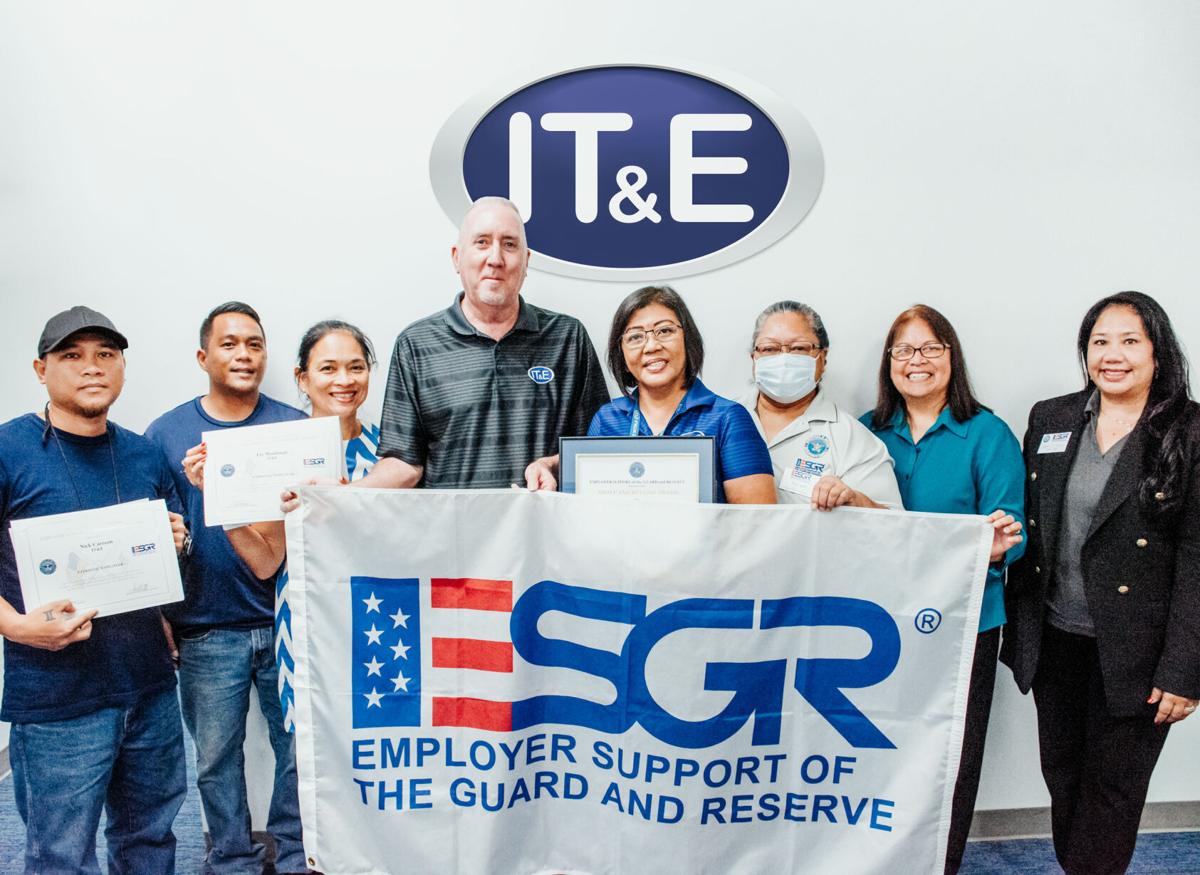 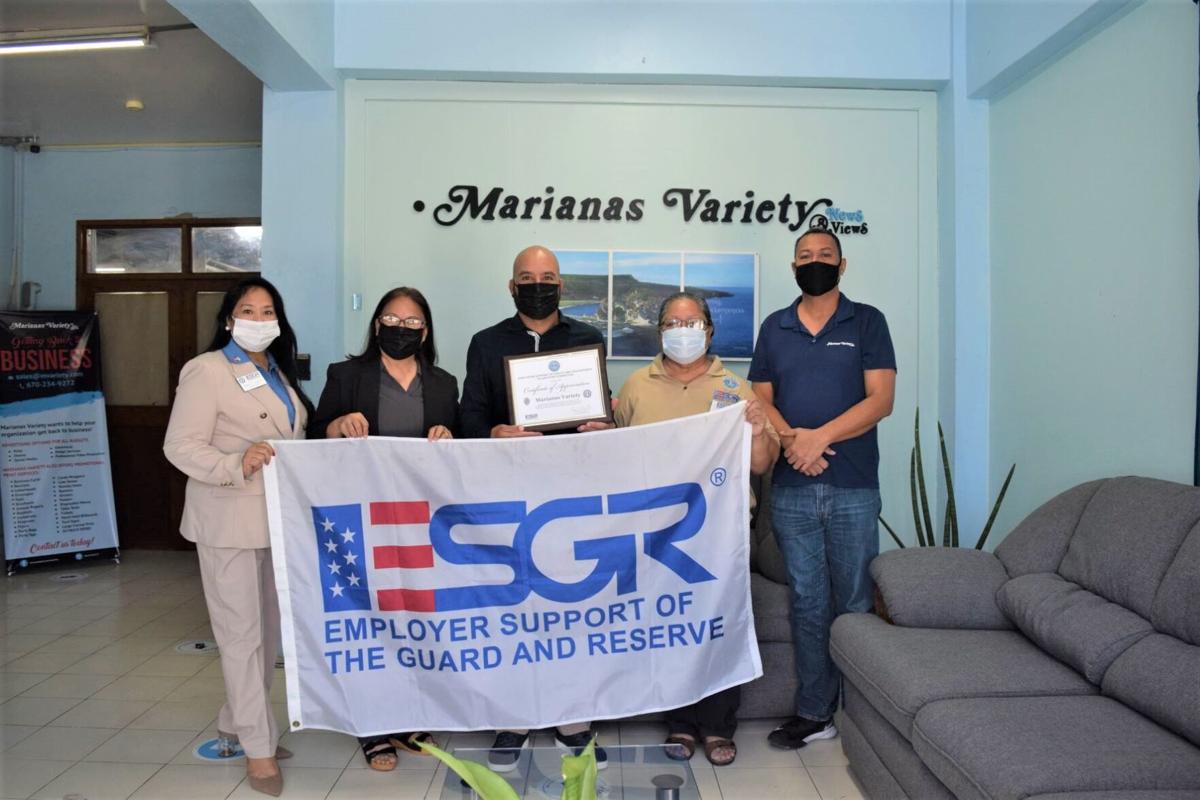 IT&E, the main tele-communication service provider in the CNMI, received the Above and Beyond Award from the Employer Support of the Guard and Reserve Guam-CNMI State Committee on Thursday last week.

In addition, two of IT&E's supervisors, Nick Carreon and Ely Manlangit, received ESGRs Patriotic Employer Award. They were nominated by service members who are employed by the company.

The Above and Beyond Award  recognizes employers at the local level who have gone above and beyond the legal requirements of the Uniformed Services Employment and Reemployment Rights Act by providing their Guard and Reserve employees additional, non-mandated benefits such as differential or full pay to offset lost wages, extended health benefits, and other similar benefits.

The award is given in limited numbers by state committees to employers who have had at least one of their supervisors/managers recognized with a Patriot Award, and who have signed or agree to sign an ESGR Statement of Support.

ESGR commended IT&E for doing such a wonderful job in taking care of its employees and most importantly, the Guard and Reserve service members.

"You have done so much to really protect them as you welcome them at all times in your company," Sablan told the IT&E officials.

She added that service members spoke highly of IT&E, especially its policies that ensure the rights of the servicemembers in the company.

The ESGR Guam-CNMI committee also awarded Marianas Variety and Saipan Tribune Certificates of Appreciation "for valuing the work that we do and promoting ESGR in the community."

Sablan told Variety president Amier C. Younis that the NMI’s oldest newspaper "has always been on the go" with ESGR.