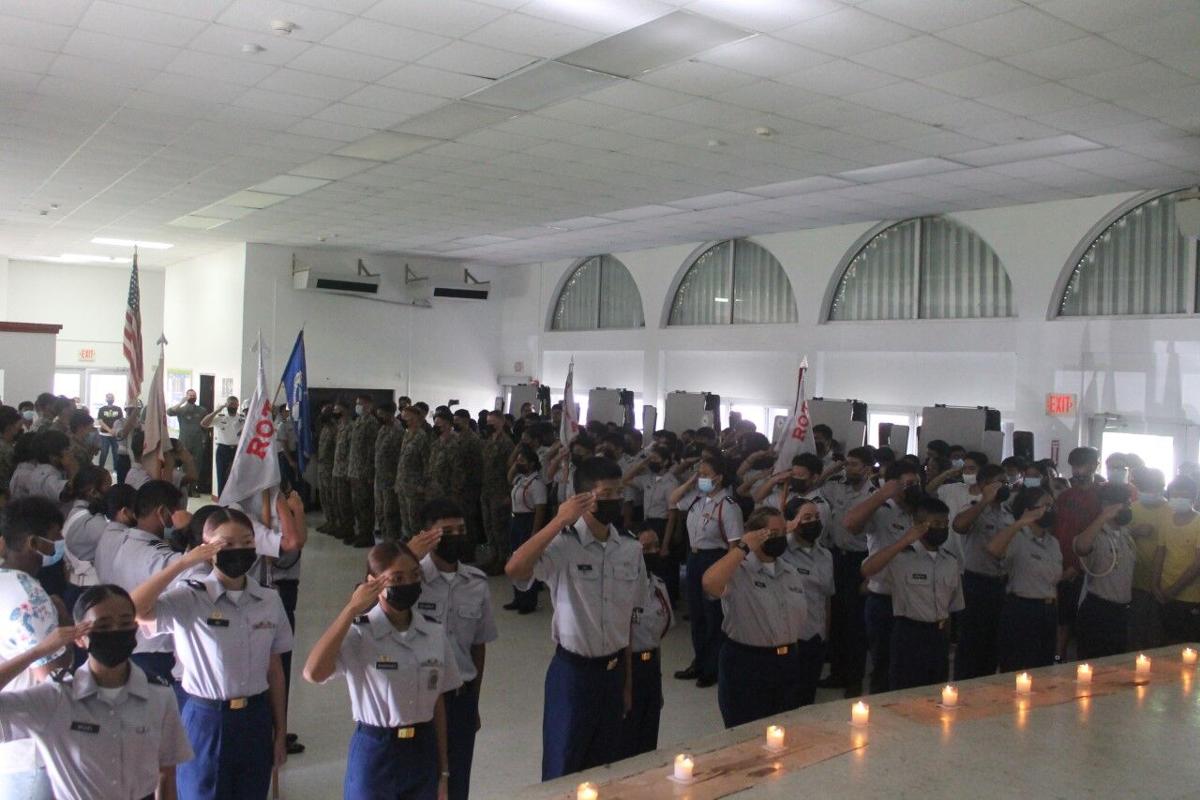 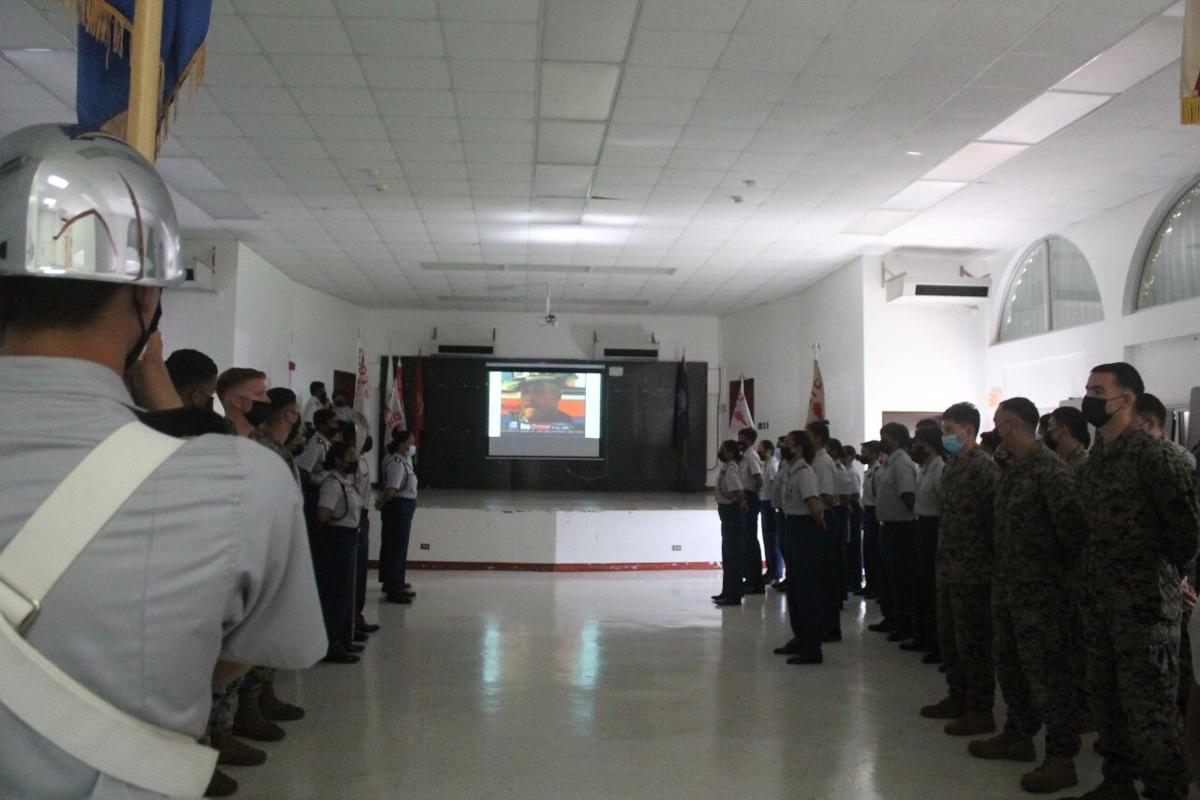 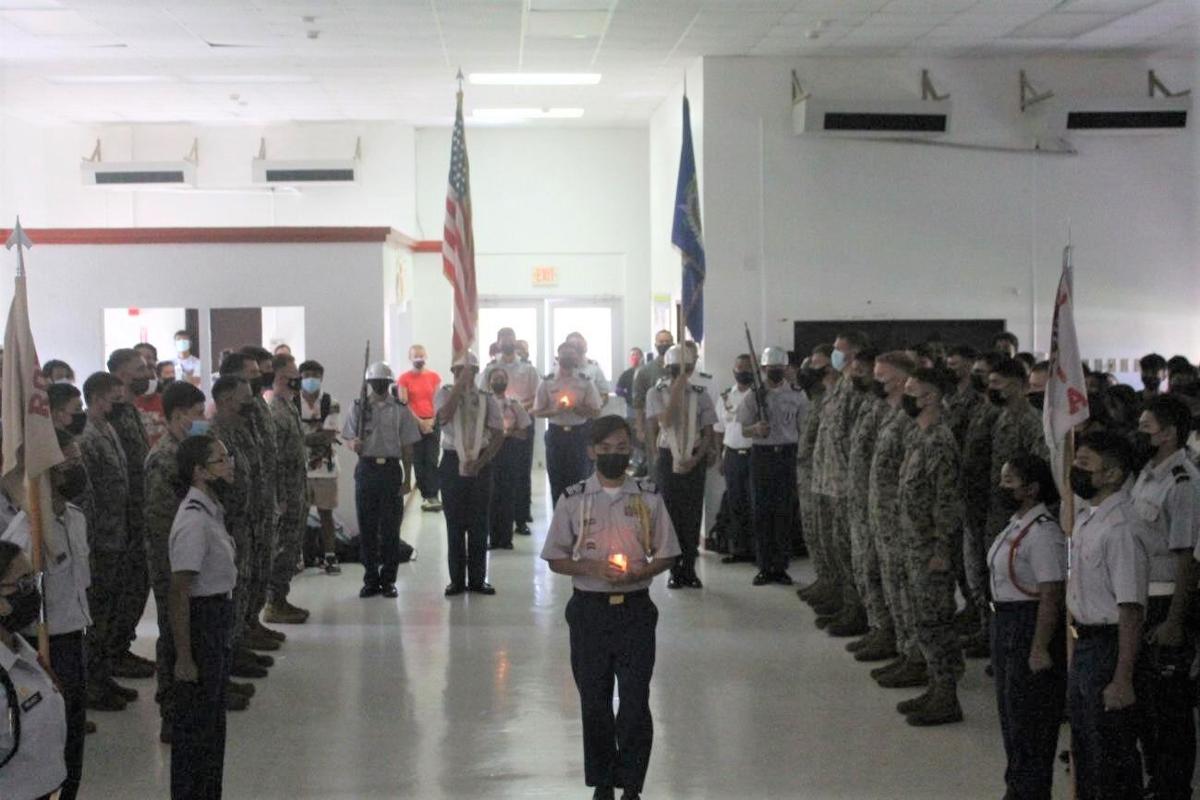 TINIAN —  On Sept. 10, 2021, the Tinian Stallion Battalion paid tribute to the 13 fallen heroes in the recent attack on Kabul airport in Afghanistan. The ceremony was held during Tinian High School’s monthly flag ceremony, and was hosted by the Tinian JROTC Stallion Battalion as well as members of the Charlie Company 7th Engineer Support Battalion.

The ceremony began with the presentation of colors, followed by the national anthem sang by one of our cadets, C/SFC Mary Manuel.

Shortly after, Tinian JROTC presented a video honoring the 20th anniversary of 9/11, as well as the sacrifices made on that day.

After the 9/11 ceremony, 13 cadets presented 13 candles with the names of the 13 fallen service men and women who were killed in Afghanistan.

These were some interviews with the cadets that participated in the ceremonies for 9/11 and the 13 Fallen Heroes Tribute.

C/1LT Kylle Cruz comments, “I think it was a bit messy, but it went well and it did not defeat the purpose of honoring the service members that lost their lives.”

According to another cadet, “Before the ceremony, 9/11 didn’t mean that much to me, but now that we did this 20th anniversary, it means a lot to me now because I know more about 9/11 and it is something that changed America forever and shouldn’t be forgotten.”

We continued to ask the same question to every cadet, and C/1SG Fyema Pelaez responded by saying, “It was respectful and it opened a lot of student’s perspectives on 9/11.”

In conclusion, the Tinian JROTC held this event to remind our generation of why we honor the many heroes, and innocent people who passed away on that fateful day. It is important to pass down events like 9/11, to remind ourselves to be grateful and to remember the ones who gave up their lives to make our lives better.

The event was also held in honor of the 13 fallen service men and women. These service members who have tragically lost their lives, should also be remembered.

The message we’re trying to send is: be grateful and never forget all the service members that have lost their lives along the way. Always honor and respect our military men and women.

Our small ceremony is an example of how we can honor them, regardless of whether or not we get recognized. It is the intention and act we show that matters.

The Tinian Stallion Battalion would like to share our condolences once again,  to the families who have lost loved ones during the 9/11 attacks as well as to the 13 fallen members.

We will never forget those who gave their lives in the call for duty and sacrificed themselves to help save others.

Like always, stay safe, stay blessed, and never forget to honor our military men and women. Stay tuned for next time!