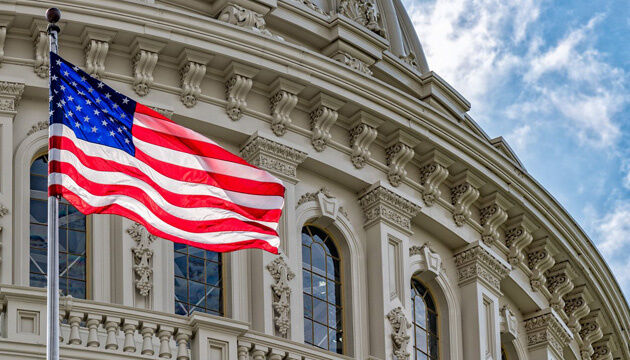 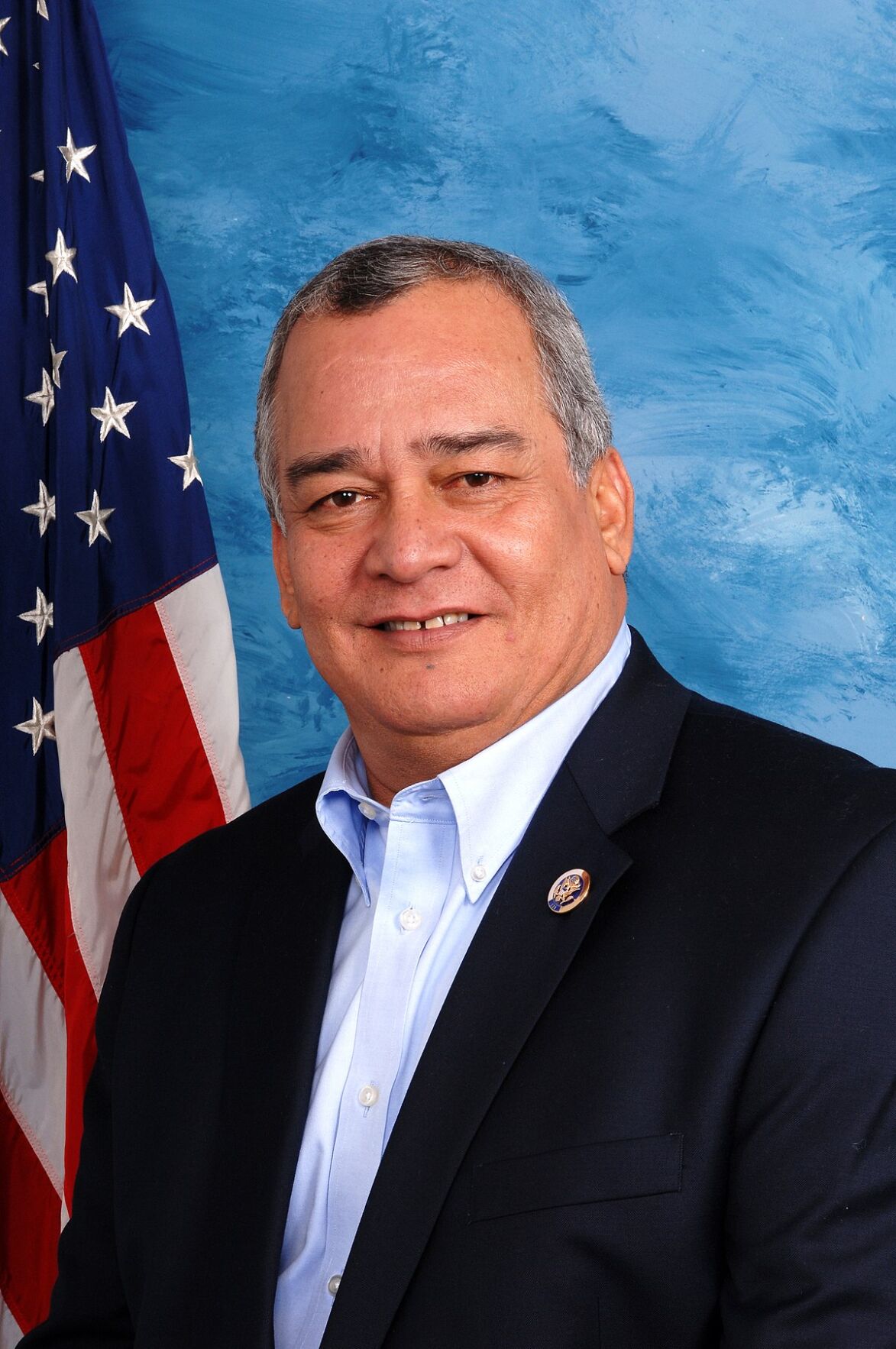 (Office of the CNMI Congressional Delegate) — U.S. Congressman Gregorio Kilili Camacho Sablan says 2021 was one of the most successful ever in his Year in Review published in the e-kilili newsletter this week. “Projects we have been working on for years — permanent federal funding for the Earned Income Tax Credit, a permanent increase in Medicaid, food aid equivalent to the national SNAP assistance — all came to fruition this year,” Sablan said, “along with unprecedented pandemic payments to individuals in the Marianas and to the Commonwealth government.” Sablan also reported that 402 constituents, who requested assistance, had their cases successfully resolved during the year.

“It is difficult to imagine how the Marianas would have survived another year of pandemic and economic downturn without the continuing massive assistance we have secured in Congress and working with the new Biden administration,” Congressman Sablan said. “Even with that help, life remains difficult and uncertain for so many in our islands, a reality I never forget.”

The Year in Review provides monthly highlights of the Marianas congressional office work in 2021, largely focused on pandemic relief. In March, Democrats in Congress passed the American Rescue Plan Act, providing economic aid to the people of the Marianas and Americans everywhere. No Republicans voted for the relief bill, which included:

• Extended unemployment benefits up to $645 per week,

• Premium pay for teachers, health staff, and other essential workers, for water and sewer infrastructure, and for Commonwealth government operations from $483 million relief fund,

• Monthly Child Tax Credit payments of $250 or $300, depending on the age of the child, for Marianas families,

• Temporary Assistance for Needy Families through a special provision Sablan added to cover the Marianas,

In February, at Sablan’s urging, the Biden administration reversed a harmful Trump interpretation of Section 2102(a)(3)(A)(ii)(I)(kk) of the Coronavirus Aid, Relief, and Economic Security or CARES Act. As a result, individuals, who had their work-hours reduced or were furloughed, while their place of employment stayed open, and who were denied assistance for any week, became eligible for PUA and FPUC retroactively. For CW-1 workers laid off because of Covid, this eligibility began with claims filed after December 27, 2020, as a result of the CARES Act amendment Sablan included in U.S. Public Law 116-260.

In January, the Marianas Public School System was awarded $74.4 million and Northern Marianas College $3.3 million from the coronavirus relief measure Congress passed in December 2020; and in August, the American Rescue Plan brought another $160,074,578 to keep students learning and protect the jobs of teachers and staff in light of reduced local appropriations for education.

Also approved in August was the Commonwealth’s plan for distributing the increased child tax credit included in the American Rescue Plan Act. Sablan added $300,000 to the law for the Commonwealth to cover the administrative cost of monthly payments. The Rescue Plan increased the credit to $3,6000 for each child under age six and $3,000 for children age six through 17. By November, Marianas families had received $28,726,000.

And in October, about 2,000 more families became eligible for food stamps and benefits increased 23 percent because of the $30 million Sablan included in the American Rescue Plan for Marianas food aid. For a family of four on Saipan the monthly benefit maximum rose to $1,231, on Rota and the Northern Islands $1,498, and on Tinian $1,301. Benefits are now higher than in the contiguous 48 U.S. States, the District of Columbia, and the U.S. Virgin Islands and more than double what they were when Sablan first came to office in 2009. Sablan also asked President Biden to establish $30 million as the new baseline for Marianas food aid, which the President did in his FY22 budget and which the House agreed in the Agriculture appropriation in July.

No Medicaid “cliff” for Marianas

Another key area of success was with the Medicaid program that provides health insurance to thousands of Marianas residents. In January, Sablan introduced H.R. 265, The Insular Area Medicaid Parity Act, and lined up 74 cosponsors agreeing to end Medicaid funding caps for the insular areas. He also requested President Biden to include Medicaid improvement in his first budget for fiscal year 2022, which the President did.

Then, in September, the Biden Health and Human Services Department, under the direction of Sablan’s former House colleague Xavier Becerra, decided that federal Medicaid funding for the Marianas would be $64,010,000 in fiscal year 2022. Under the previous administration, funding was expected to drop to about $6 million, but Secretary Becerra used Public Law 116-94, which Congress passed in 2019 to set funding at the higher level and provide an inflation increase from now on based on this year’s $64 million. This will eliminate future funding cliffs.

Finally, in December, Congress agreed and President Biden signed a continuing funding resolution extending the Medicaid 83/17 federal/local match arrangement for the Marianas and other insular areas. Without this extension, the Commonwealth’s cost share would have reverted from 17 percent to 45 percent and put at risk those insured by Medicaid. It was Public Law 116-94 that first set the local match at 17 percent — the lowest in the nation. Sablan led the effort by insular area representatives to make sure the 83/17 FMAP, as it is called, did not fall through the legislative cracks, when the continuing resolution was negotiated.

On Earth Day, Sablan reintroduced the Shark Fin Sales Elimination Act, H.R. 2811, which bans the possession and sale of shark fins in the United States. Sablan’s legislation mirrors Marianas law that already bans the sale, purchase, or possession of shark fins. A majority of House members, 237, from both sides of the aisle have signed on as cosponsors.

In June, Sablan introduced legislation creating a VA Advisory Committee for the U.S. Outlying Areas and Freely Associated States. Composed of veterans from the Northern Mariana islands, American Samoa, Guam, the U.S. Virgin Islands, Puerto Rico, the Federated States of Micronesia, the Republic of the Marshall Islands, and the Republic of Palau the committee would advise the Secretary of Veterans Affairs on how to improve benefits and services for veterans in the insular areas. H.R. 3730 passed the House in November.

$94 million in debt relief for the Commonwealth

In July, Sablan successfully added language to the Homeland Security appropriation to forgive the $93,734,930 the Commonwealth borrowed from the federal government through the Community Disaster Loan program. “Given how shaky our economy is because of the pandemic, I do not want the people of the Marianas saddled with so much debt,” Sablan said.

In November, the Director of the Smithsonian’s American History Museum agreed to Sablan’s request that the Marianas flag and the flags of American Samoa, Guam, and the U.S. Virgin Islands be added to the display of U.S. flags surrounding the Museum, acknowledging that all Americans should be represented in this way. Currently, only the non-state flags of Puerto Rico and the District of Columbia are included. The planned day for raising the new insular area flags is June 14, 2022, Flag Day.

To read the entire Year in Review, visit https://sablan.house.gov/. To get the latest updates on Sablan’s work in Congress, subscribe to the congressman’s weekly newsletter by calling the Saipan District Office at (670) 323-2647 or write to kilili@mail.house.gov.