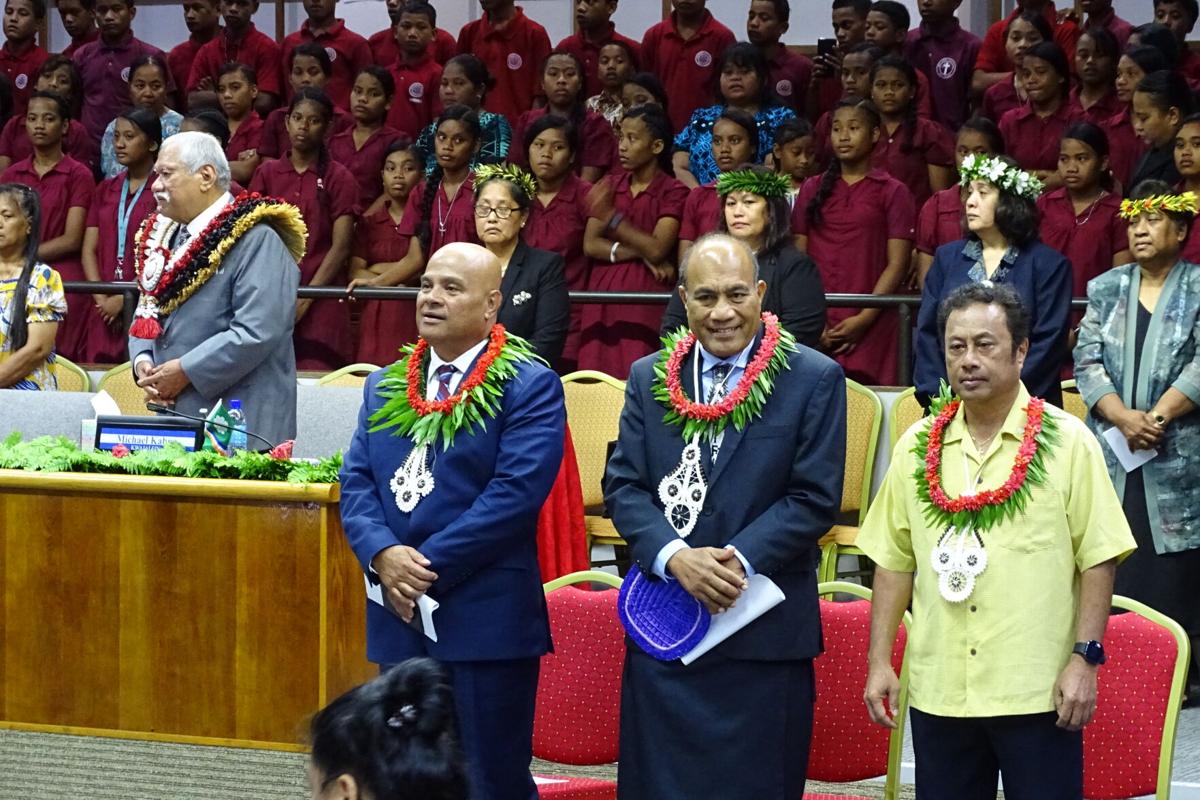 Micronesian presidents at the January 2020 inauguration for Marshalls President David Kabua, from left: FSM's David Panuelo, Kiribati's Taneti Maamau, and Palau's Tommy Remengesau Jr., who before leaving office in January was the first leader in this group to declare his country would leave the Forum if the Micronesian nominee for Forum Secretary General was not selected. 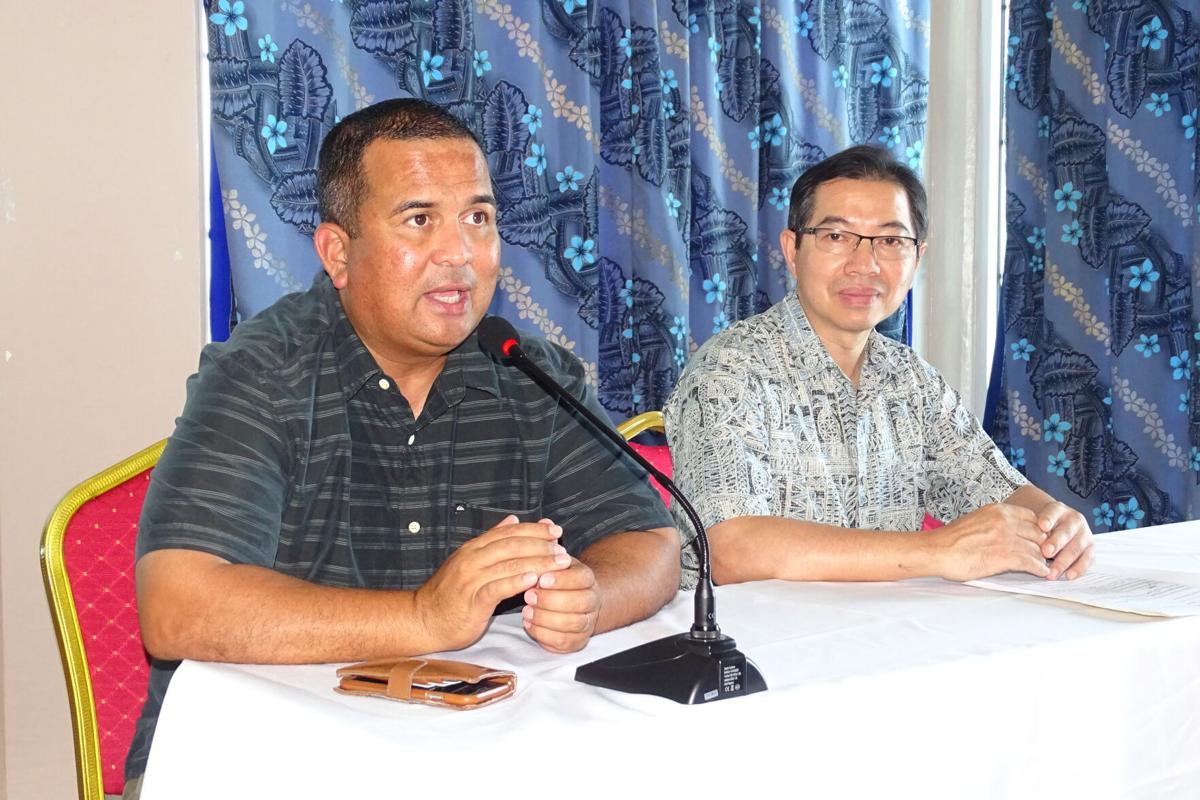 Member of Parliament David Paul, left, speaking during an event in Majuro in this file photo from 2019. Taiwan Ambassador Jeffrey Hsiao is next to him.

MAJURO — The Marshall Islands must withdraw from the Pacific Islands Forum to maintain its integrity, said an opposition lawmaker Saturday.

“If we don’t do anything, we will be the laughing stock of the Forum, and our neighbors (in the Micronesia sub-region) won’t trust us,” said David Paul, who represents Kwajalein in the Marshall Islands Nitijela (parliament) and was environment minister during President Hilda Heine’s recent four years in office.

“Our only course of action is to do what Palau did,” Paul said, referring to the decision announced Friday by Palau to cut ties with the Forum and close its Suva embassy.

MP John Silk, the foreign minister under Heine and a key mover of the nomination of Ambassador Gerald Zackios for the Forum’s Secretarial General post, blasted the Forum leaders' decision in a statement issued Saturday.

“As a Marshallese/Micronesian, I am outraged at the snubbing of our Micronesian candidate to the secretary general’s position to the Pacific Islands Forum,” he said. “The Micronesian nations were not only denied their rightful opportunity to head the PIF, with Ambassador Gerald Zackios, we also clearly had the most qualified candidate for the position. This fact compounds the insult to our region and has severely undermined confidence going forward.”

In parliament Friday, Silk said he did not advocate ending ties with the Forum but wanted the government to reassess its relationship. “The PIF needs to seriously examine how its members are being treated and allow full participation including leadership positions to all sub-regions,” he said. “What has occurred this week is a very dark chapter in the organization’s history. This week’s travesty and debacle will be long remembered.”

Foreign Minister Casten Nemra at Friday’s parliament session expressed the government’s anger at the vote result that went in favor of former Cook Islands Prime Minister Henry Puna 9-8. He indicated his agreement with sentiments expressed by Silk about reviewing ties with the Forum and said the leaders would meet next week to decide how to respond.

Paul said he disagreed with various members of Parliament or MPs saying Friday during the session that what was needed was a re-evaluation of the relationship with the Forum. “We are at the point of no return,” he said. “If we don’t follow through (and cut ties), no one will trust us.

“I look at Gerald Zackios’s candidacy as Micronesia’s candidate,” said Paul in an interview. “He could have been from any of our islands. They (the sub-region) all got behind a Micronesian candidate and went to bat for him.”

Paul underscored that Nauru, Kiribati, Federated States of Micronesia and Palau “are countries we deal with daily. We rely on them.” It would be disastrous for Marshall Islands to undermine relations with its neighbors in the sub-region by taking a weak position after the Forum leadership’s snub of the Micronesia area, he said. “Marshall Islands must say (to the Forum) if you don’t have inclusivity, we’re pulling out,” Paul said.

Silk suggested the Forum’s name should return to the South Pacific Forum of its founders in 1971 “since that is apparently the way this ‘club’ seems to work.”

Paul had blunt words for his country’s leadership: “Everyone went to bat for our candidate and now they’re not doing anything.” For the dignity and honor of the nation, the Marshall Islands should leave the Forum, he said.

The five presidents from the Micronesia sub-region are scheduled to meet virtually Monday to discuss next steps.