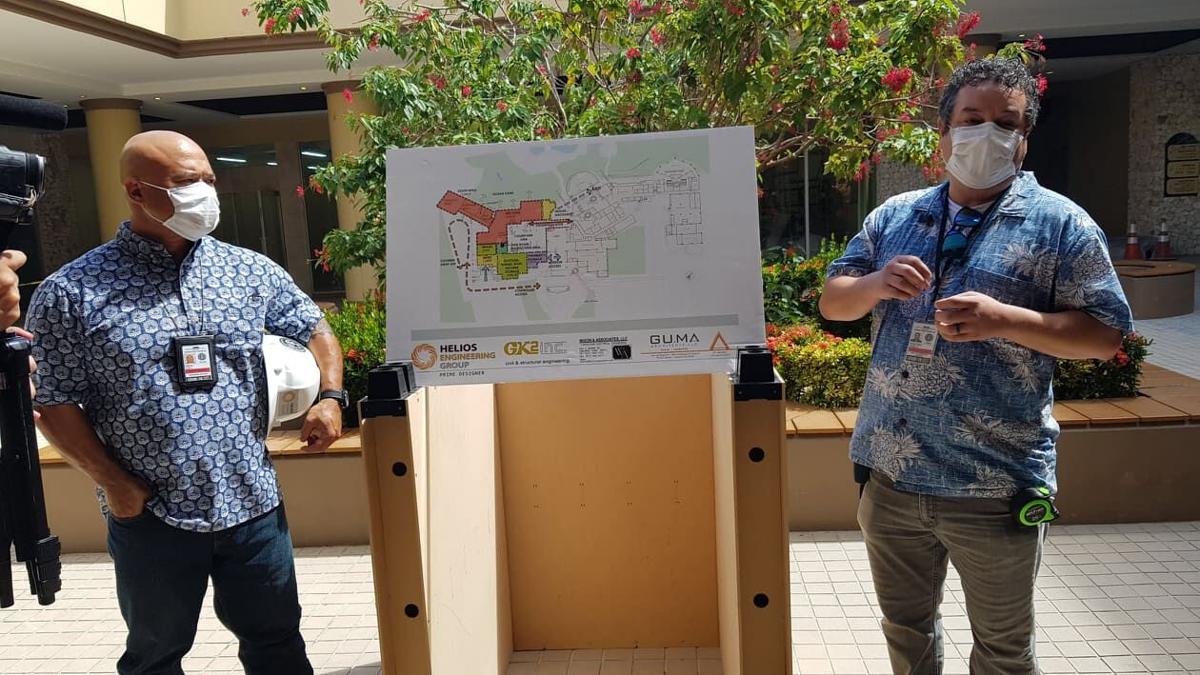 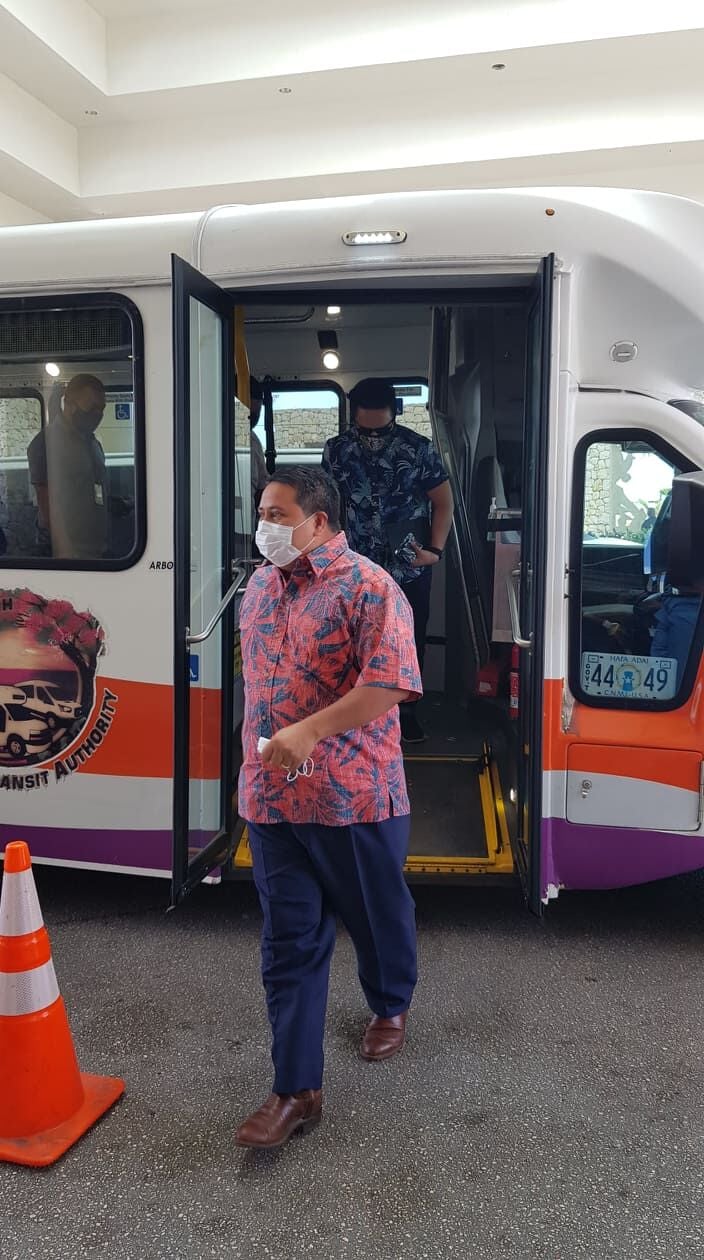 During a media tour on Tuesday, the governor’s authorized representative Patrick Guerrero said the alternate care site may be ready on May 22.

Gov. Ralph DLG Torres said the alternate care site is one of the facilities the government is preparing should there be a surge of Covid-19 cases.

“I hope we never get to use it, but seeing everything that is going [on] around the world and in our nation — they are talking about a second wave. We are not even done with our first wave,” Torres said.

“We said yes,” Sablan said. “We sat down and talked about how we could transform a hotel into an alternate care site.”

The discussion between the governor’s office and Tan Holdings took place after the Federal Emergency Management Agency and the U.S. Department of Health and Human Services projected that the CNMI may have 6,000 Covid-19 cases by mid-June.

“We have flattened the curve, but this facility is part of ongoing preparedness,” Sablan added.

On April 2, the CNMI received guidance from FEMA on how to convert a hotel into a hospital or an alternate care site facility.

By April 14, Guerrero said, the transformation of Kanoa Resort had begun.

What used to be the lobby, the Century Tours office, a Duty-Free store, and a gym have been turned into a facility that can accommodate 50 ICU beds on the first level, and 152 mid-level care rooms on the main wing of the hotel.

In the lobby, space is reserved for a pharmacy, and one wing has been designated hemodialysis capable.

Doctors, pharmacists, and medical staff will be separated from patients who will be kept in the red zone.

“There will be a corridor anteroom that can access a clean space in between the patient and the doctor zones,” said Samuel McPhetres of Guma Architects.

Because it is a controlled environment, visitors are not allowed in the facility.

“Every square inch of this structure [has] positive and negative airflows. The air change in this structure exceeds all set hospital standards. It changes every five minutes,” Sablan said.

The structure is not permanent, he added. “In the event that we need to evolve because we need more space, we will be able to knock this down, take down that modular furniture we installed to save time and put in more beds. Then we will establish different designations for the doctors and the nurses and the wraparound services,” Sablan added.

It usually takes about a year to design such a facility, he said.

“But we were able to do it in 14 days because of coordination and the ability to get over obstacles. This virus is horrible. It doesn’t have any borders. It doesn’t affect a certain race. It affects everybody.”

The facility has a filtration system as well as ultraviolet and infrared light, which is important for killing the virus, Sablan said.

McPhetres said, in designing the facility, they also have to take into consideration the patients’ mental and emotional healing. “You will see that the red zones [the patients’ zones] are either facing the courtyard or the ocean.”

Once they get the needed equipment, Sablan said they are looking at completing the construction in a couple of weeks.

The governor commended the construction workers for working non-stop to establish the alternate care site. “They have over 50 workers here working day in day out. I think the total cooperation is really impressive.”

Asked about the cost of the project, the governor said: “I am not sure about the total amount. I am sure it is in the millions…. We have equipment and supplies that are being flown in from California and from different parts of the world. It is going to be costly, but when you are talking about health, price is not an option. We don’t defer making the right decision because we are short of funding. We are maximizing the funding we have.”

As of Tuesday, the CNMI had reported 19 Covid-19 cases, two deaths and 12 recoveries.