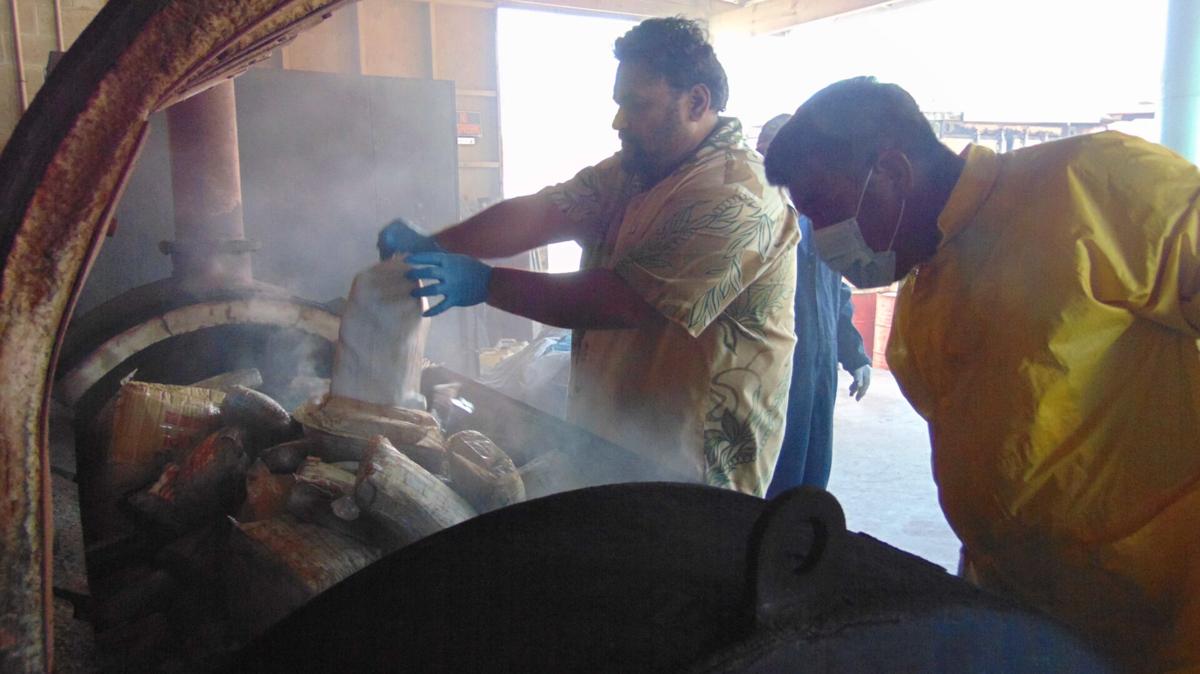 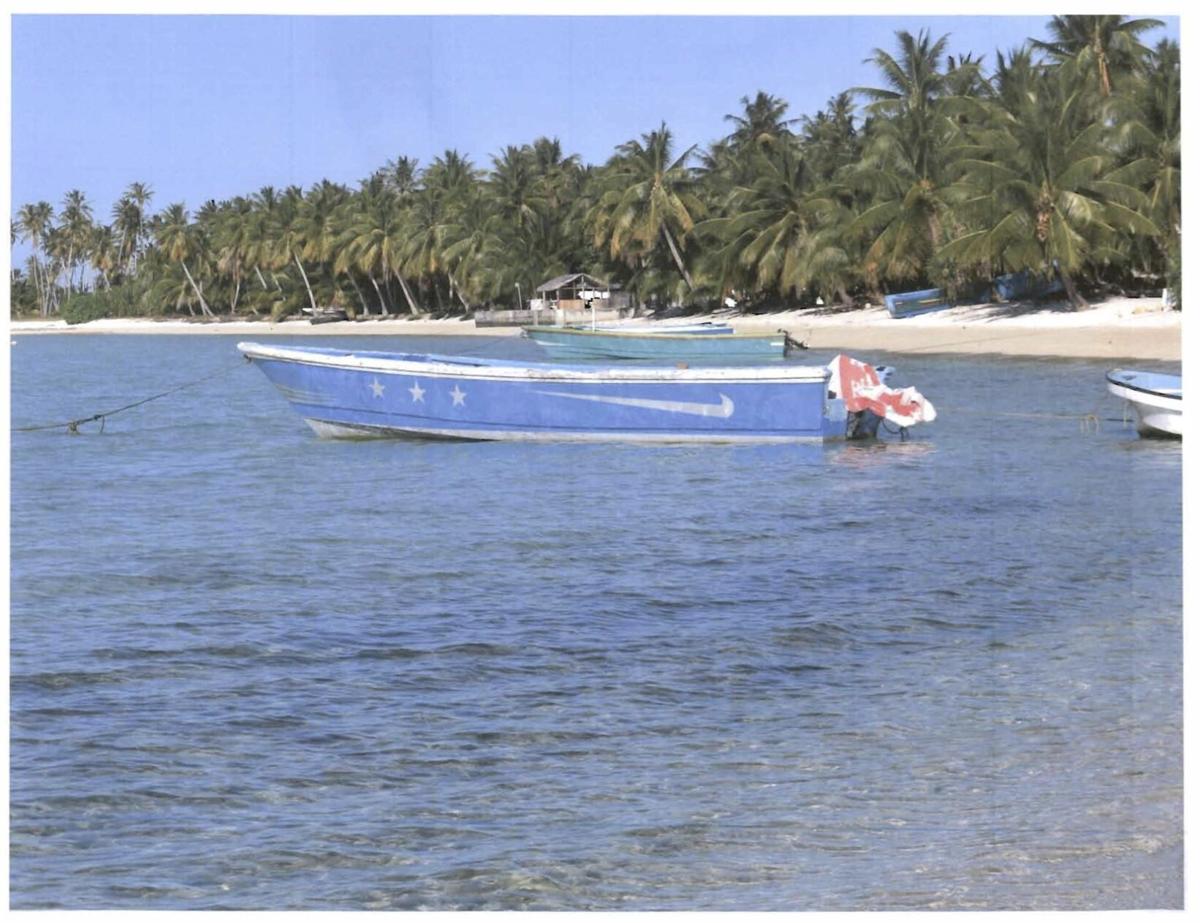 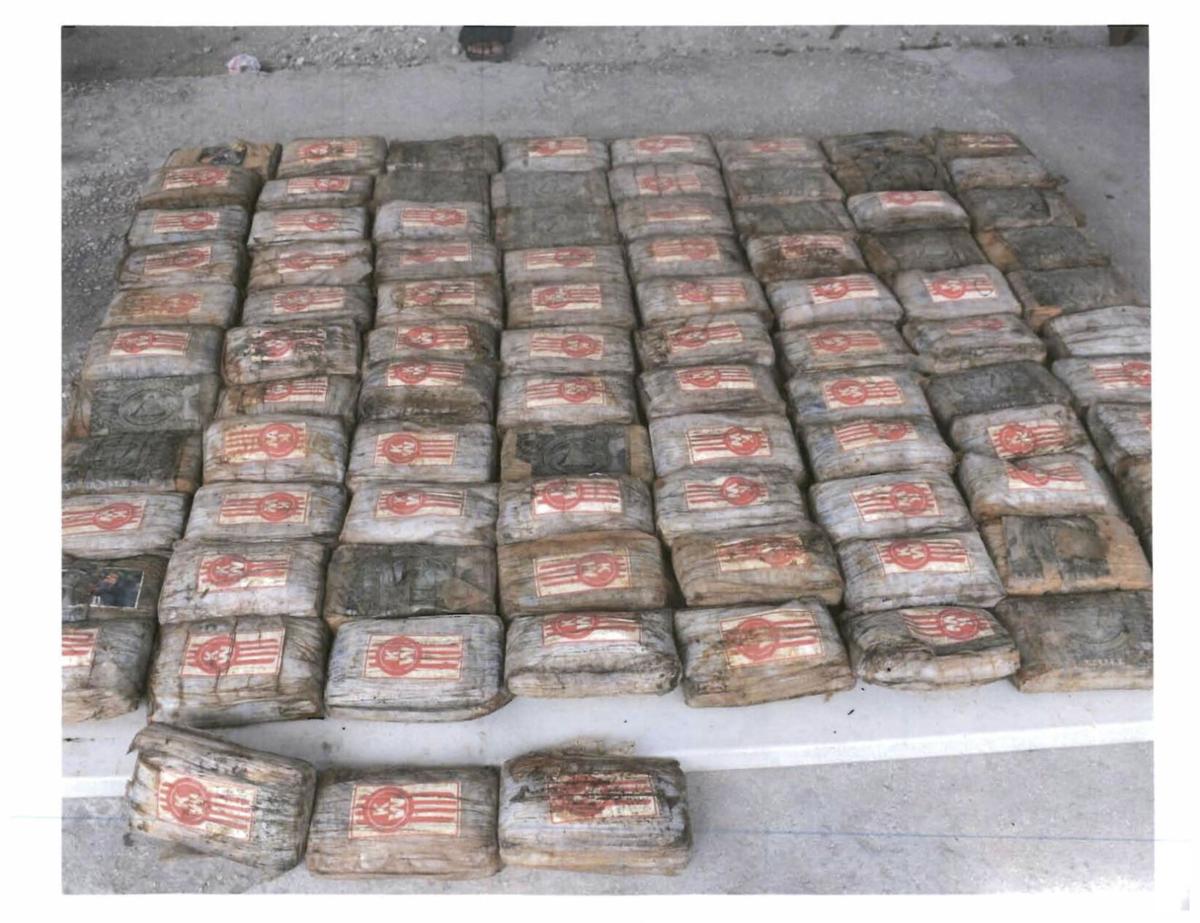 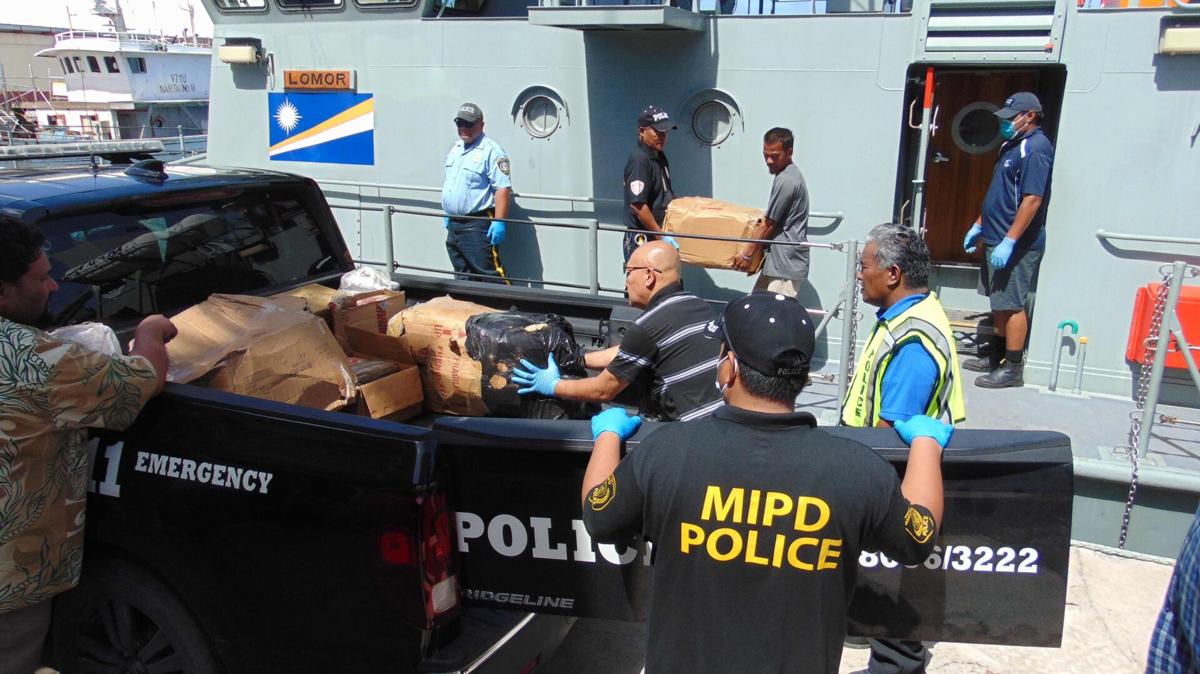 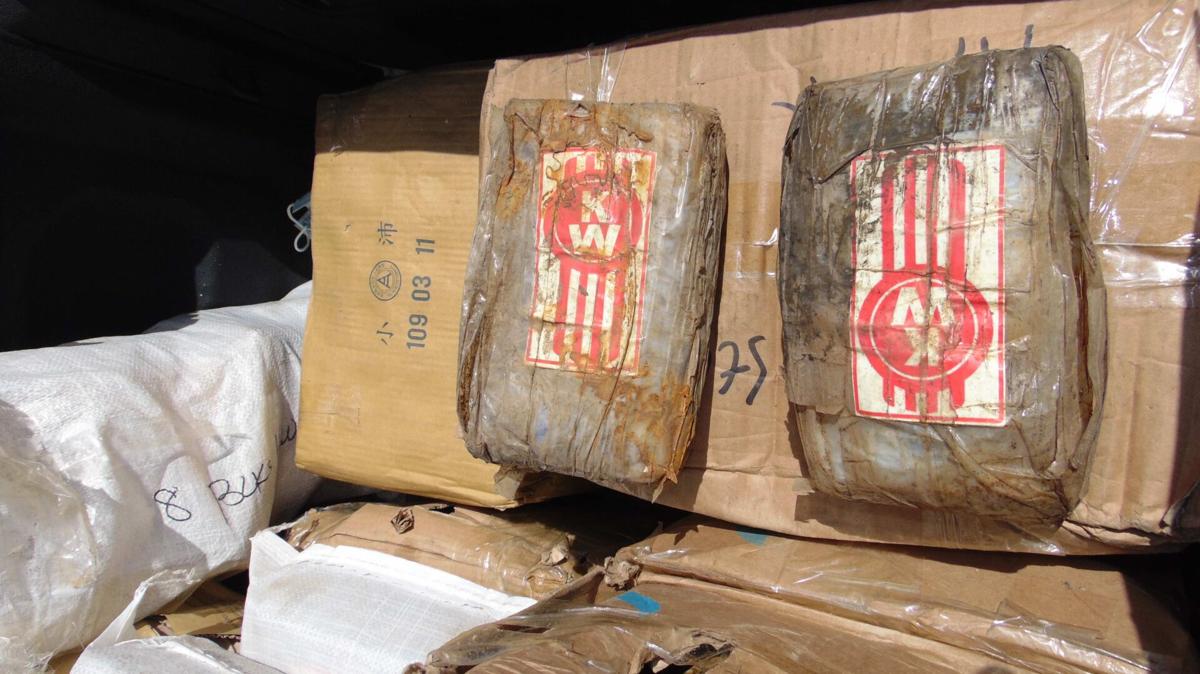 Police said it is the largest volume of cocaine to ever wash into the Marshall Islands, which has seen hundreds of kilos of cocaine wash into multiple islands over the past two decades.

The 649 kilos of cocaine have a street value estimated at over $80 million.

Marshall Islands Police Capt. Eric Jorban, left, empties a bag of one-kilo packages of cocaine into an incinerator in Majuro, Tuesday. This was part of a 649-kilo shipment of cocaine destroyed by law enforcement officials in Majuro. Photo by Giff Johnson.

This 18-foot fiberglass boat washed up on Ailuk Atoll, a remote atoll with about 400 people, in the Marshall Islands last week with 649 kilos (1,340 pounds) of cocaine sealed in its hold under the deck. Marshall Islands Police Department photo

Some of the 649 one-kilo packages of cocaine discovered on a small boat that washed into Ailuk Atoll in the Marshall Islands. The cocaine was confiscated by police and incinerated in Majuro Tuesday. Marshall Islands Police Department photo

Marshall Islands police load a box filled with one-kilo "bricks" of cocaine into a police pickup truck from a patrol vessel that transported the cocaine from a remote outer atoll to Majuro for confiscation and destruction. Photo by Giff Johnson.

Sometimes, cocaine wash-ups on remote islands are not reported and instead people filter the drugs into Majuro for sale to the urban population. The arrest and subsequent conviction earlier this year of an Ailuk man who attempted to transport three kilos of cocaine from the northern atoll to Majuro on an Air Marshall Islands flight confirmed for authorities that more drugs washed in at Ailuk, possibly over a year ago.

Hickson said the latest haul of cocaine was not related to the earlier prosecution of the drug courier from Ailuk. “This is a new lot of cocaine, just arrived,” he added.

Ailuk resident Kosby Alfred last week discovered a boat that washed up on Ailuk. The atoll is 244 miles north of the capital Majuro with a population of about 400 people. When islanders could not lift the boat out of the water onto the beach, they investigated to find out why the fiberglass boat was so heavy. They discovered a large compartment under the deck that had been sealed to hide hundreds of one-kilo “bricks” of cocaine wrapped in plastic and stamped with the initials “KW,” said Marshall Islands Police Department’s Criminal Investigation chief Captain Vincent Tani.

After discovery of the drugs, Ailuk’s Acting Mayor Redner Alfred called in to authorities in Majuro who quickly dispatched MIPD’s Lomor patrol vessel to the northern atoll. There, police officers boxed and bagged the 649 bricks of cocaine and headed back to Majuro, arriving Monday in the capital. Tuesday, more than a dozen police officers and detectives opened the locked hold of the patrol vessel, filled the backs of two police pickup trucks with boxes and bags filled with cocaine packages, and drove straight from the dock to a local company that operates an incinerator to dispose of the drugs.

Both Tani and Terry said they estimated that the largest previous find of cocaine was around 40 kilos.

Numerous other islands, including Enewetak, Rongelap, Bikini, Kwajalein, Likiep and Mili have seen multi-kilo bundles of cocaine wash up over the past two decades. Law enforcement officials have various theories about the drugs washing up: they are the result of drug transshipment operations gone awry due, for example, to the loss of a radio beacon attached to the drugs, were tossed overboard when drug runners were in danger of discovery by law enforcement authorities, or drug runners were caught in a storm or experienced engine problems resulting in their drifting west from their starting point in South or Central America.

In 2014, El Salvadoran fisherman Jose Alvarenga drifted for 14 months from the Mexican coast before washing up on Ebon Atoll in the southern Marshall Islands. After his discovery at Ebon, University of Hawaii researchers conducted 16 computer simulations of drift patterns from the Mexico coast using weather and ocean data during the period of the fisherman’s drift and nearly all of drift patterns arrived in the Marshall Islands.

The fiberglass boat discovered at Ailuk was similar to two other boats carrying plastic wrapped kilo packages of cocaine that washed ashore in two different atolls several years ago, said Tani. “All three boats had three stars on them,” he said. Aside from the stars, each boat had a different marking. The boat found at Ailuk last week had a variation of the Nike “swoosh” painted on its side. One of the earlier boats had a dolphin, said Tani.

Tani and Hickson believe the boat drifted into the Marshall Islands from South or Central America. “It could have been drifting for a year or two,” said Hickson.