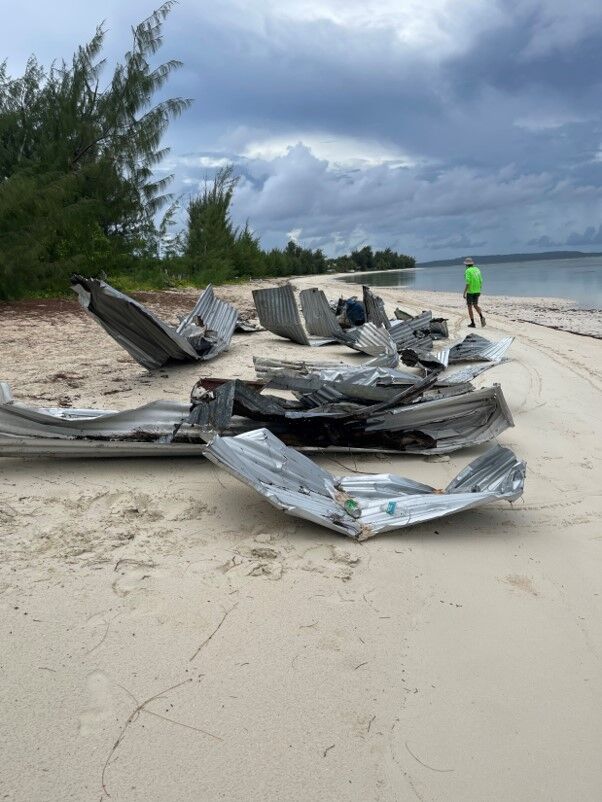 The U.S. Congress, under the Supplemental Appropriations Act of 2019 U.S.P.L. 116-20, allows grants to be awarded through a partnership between the National Fish and Wildlife Foundation and the National Oceanic and Atmospheric Administration through the Hurricane Response Marine Debris Removal Fund.

Grants are approved based on the extent of the presence of marine debris and how it can harm coastal communities and resources, and to prevent further damage to sensitive marine habitats and species listed under the Endangered Species Act.

“Marine debris is an everyday problem, but natural disasters have the potential to make it worse. The NOAA Marine Debris Program is excited to support the Mariana Islands Nature Alliance in the important work of removing typhoon-created marine debris from Tinian and Saipan. We look forward to seeing the hazards and impacts of this debris reduced, and the restoration of shorelines and coastal waters for the ecological, economical, and recreational benefit of the community,” stated Mark Manuel, NOAA Marine Debris Program, Pacific Islands regional coordinator.

Work on Saipan began in late June led by project manager Dave Benavente, a marine biologist.  With the help of MINA’s Tasi Watch Rangers and volunteers, and after training in best practices and assessments, they successfully restored 42.28 acres of marine and 3.85 terrestrial near-shore habitats, which is a little over two percent of the total target area.  This activity yielded 10,361 pounds of debris from near-shore and shallow marine ecosystems of southern Saipan.

Debris removal work in the Tinian Harbor is progressing, although somewhat hampered with the onslaught of tropical storms passing through the Marianas since July.  Fine scale underwater surveys are currently underway, and best practices removal assessments will commence immediately upon determination that there are no listed endangered species of coral present on the targeted debris. In addition to the harbor area, coastal areas of northern Tinian have also been assessed to determine the extent of the presence of debris; shoreline removal of debris on Tinian is ongoing.

MINA would like to acknowledge the National Fish and Wildlife Foundation and the National Oceanic and Atmospheric Administration’s support in this endeavor, as well as the Office of the Mayor of Tinian and other partners in the advancement of the goals of the debris removal grant.

The Mariana Islands Nature Alliance is a 501 (c) (3) environmental conservation organization and has been serving the Marianas since 2005. MINA fosters community and science-based conservation programs to enhance and sustain the CNMI’s environments and cultures. To learn more about MINA's efforts of removing typhoon-created marine debris from Tinian and Saipan, please contact Program Director Becky Furey at beckfurey.mina@gmail.com