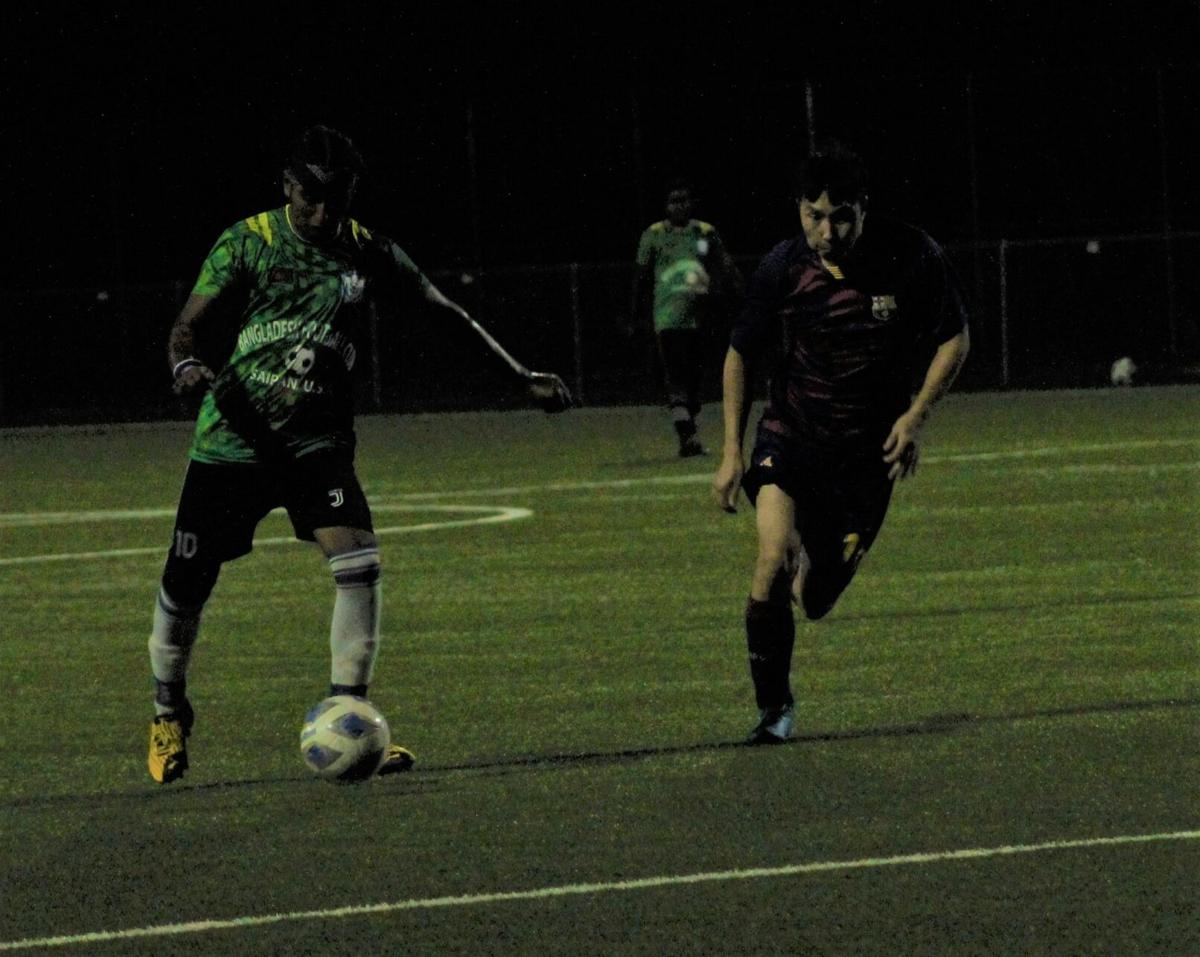 Bangladesh Football Club’s Kamrul Kamrul tries to shake off a defender during a Men's M-League Spring 2021 Division B game, Saturday, at the NMI Soccer Training Center. 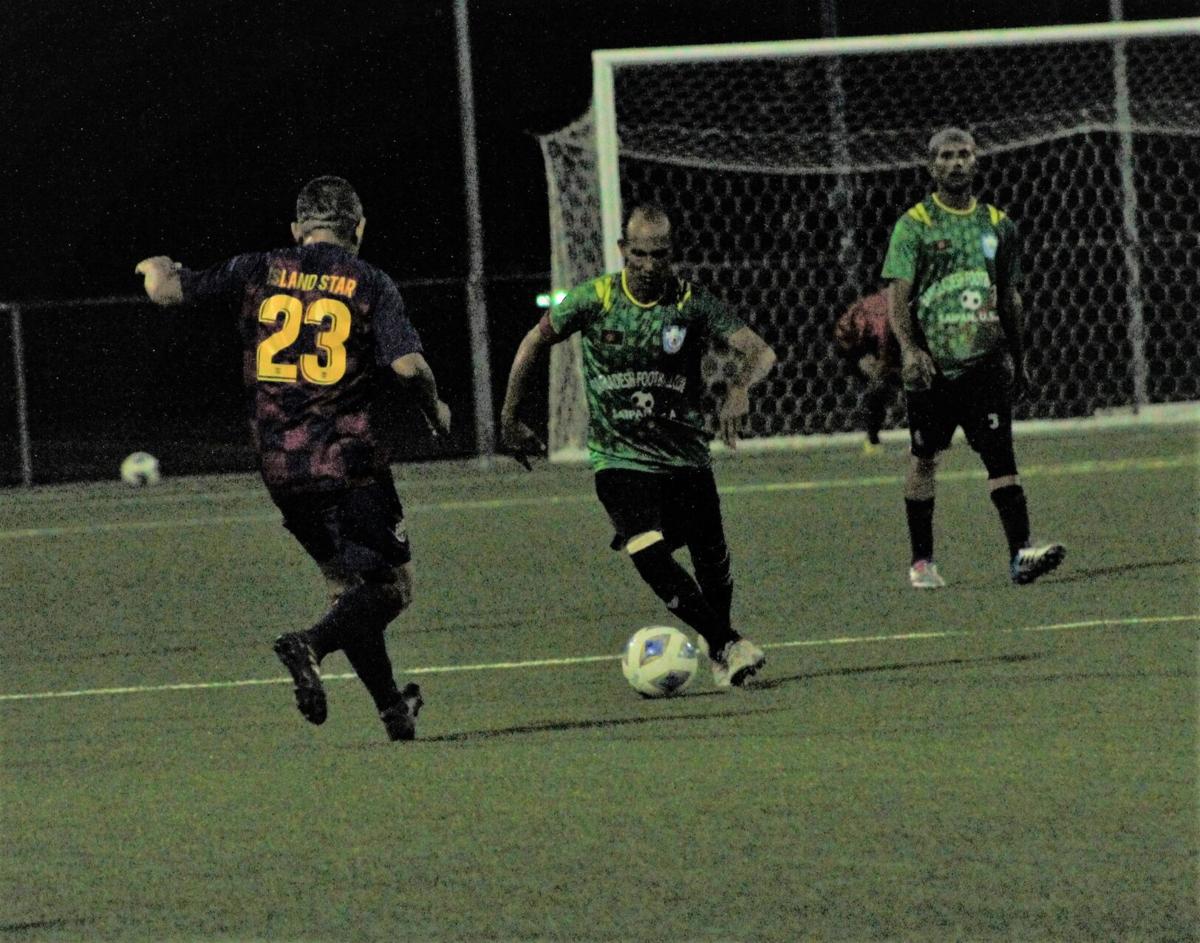 A Bangladesh Football Club player dribbles against a defender during  a Men's M-League Spring 2021 Division B game, Saturday, at the NMI Soccer Training Center.

Bangladesh Football Club’s Kamrul Kamrul tries to shake off a defender during a Men's M-League Spring 2021 Division B game, Saturday, at the NMI Soccer Training Center.

A Bangladesh Football Club player dribbles against a defender during  a Men's M-League Spring 2021 Division B game, Saturday, at the NMI Soccer Training Center.

THE Bangladesh Football Club still leads Division B of the Men’s M-League Spring 2021 after BFC notched its third win of the season by defeating Saipan United, 2-0,  Saturday at the NMI Soccer Training Center.

The real action did not start until late in the second half of the match amid BFC's relentless attacks and several shot attempts. Although the Saipan United players defended their turf consistently, they failed to hold the line late in the game.

At the 46th minute mark, BFC's endeavors were finally rewarded as its players broke through Saipan United's wall of defense.

Teamwork was the key as the BFC players weaved through the cracks and eventually found Md. Soheal Akanda deep in the teeth of the defense where he sliced the very first goal of the game to hand BFC a 1-0 lead.

Just two minutes later, BFC’s Mohammad Islam added another goal. The Saipan United players gave it their all, but they failed to catch up with BFC and suffered their very first loss, 0-2.

Island Star also had a reason to celebrate as its players bagged their first win on Tuesday, March 16, by edging Shirley's Football Club, 4-3.

It was a fairly even match as both teams found their rhythm early. Shirley’s was the first to draw blood thanks to Guang Zhi Jin. However, Island Star managed to balance the scale at the 23rd minute mark as Feng Yu scored to equalize the game, 1-1.

Shirley’s  tried to regain control as Jin followed up with a second goal at the 29th minute mark, but Island Sta retaliated four minutes later with Owen Lin highlighting a penalty shot for a 2-2 tie.

Island Star tried to turn the tide  as Yu fired his second shot of the night at the 38th minute mark, but Shirley’s quickly answered a minute later with Wesley Bogdan delivering a goal.

With the game tied 3-3, the pace changed in the second half as both teams focused on defense.

Eventually, Island Star’s players were able to open a path to strike and they found Dan Ibarra at the end of the offensive play to score the game-winning goal and defeat Shirley’s, 4-3.