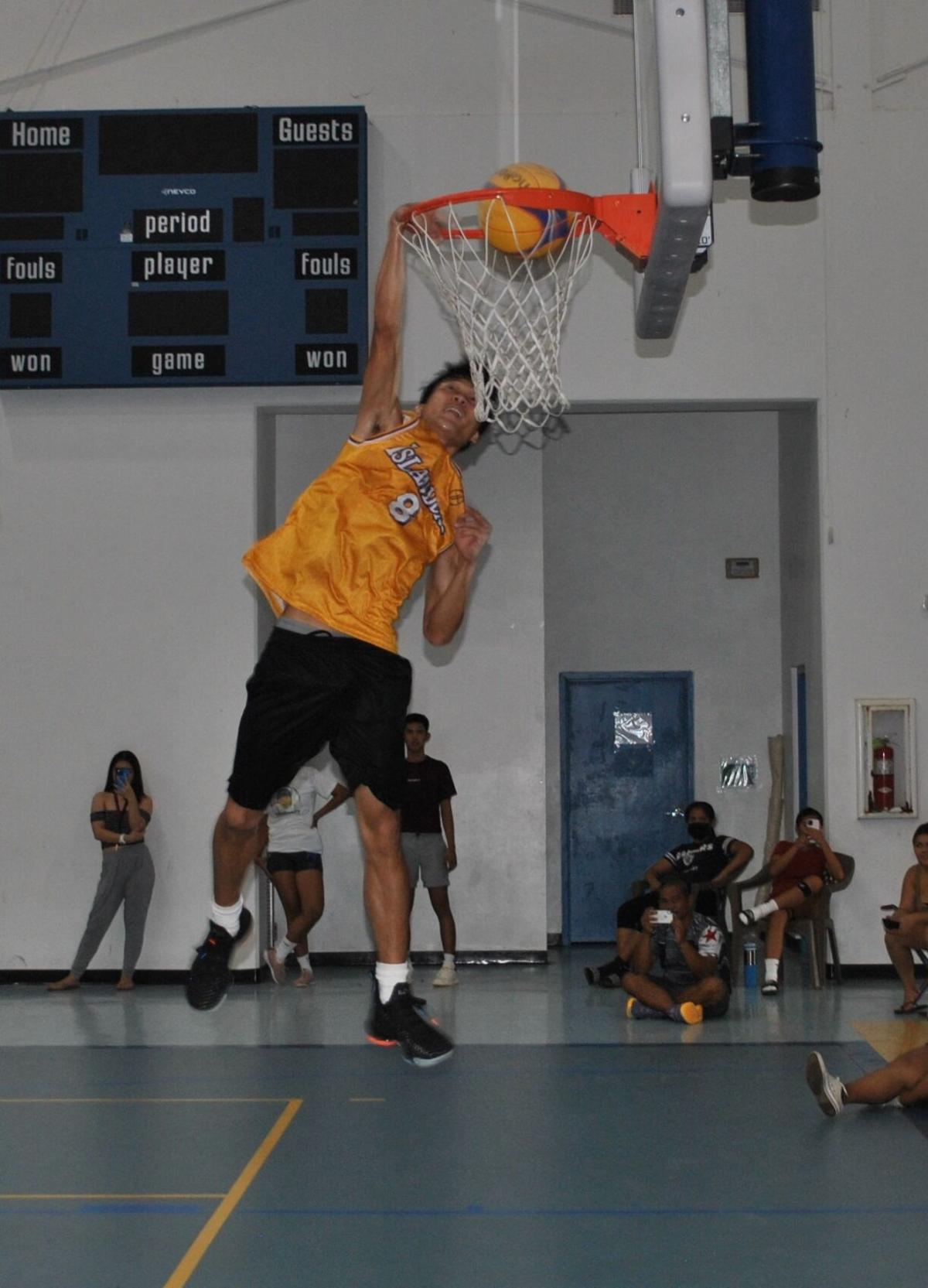 Coby Santos  dunks the ball during the slam dunk contest of the Marianas International Basketball League on Sunday at the MHS gym. 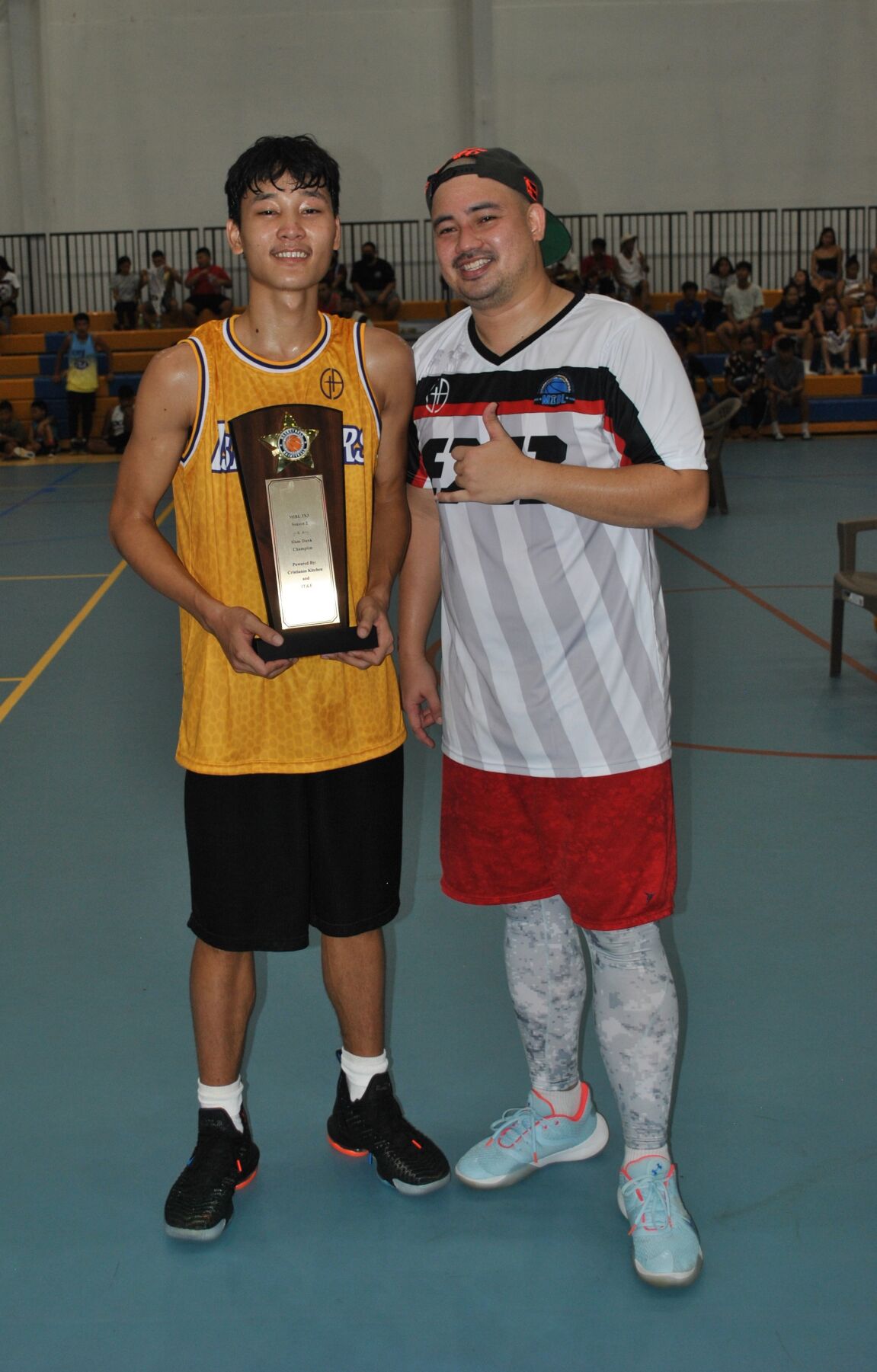 Coby Santos  dunks the ball during the slam dunk contest of the Marianas International Basketball League on Sunday at the MHS gym.

COBY Santos was crowned the king of the slam dunk contest held before the finale of the Marianas International Basketball League 3x3 Season 2 tournament on Sunday at the Marianas High School gym.

Santos wore a jersey that paid tribute to the late Kobe Bryant and he made sure he represented the NBA Hall of Famer with emphatic dunks to beat Erik Joe and Mac Mintac.

For his first dunk, the 20-year-old hoopster bounced the ball to a perfect height for a self-alley-oop that stunned the crowd as well as the judges —  Clint Albert, Keith Nabors and David John Apatang — each of whom gave Santos a score of 10 for a total of 30 points.

For Santos’s second attempt, Preston Basa lent a hand with a behind-the-back alley-oop to the board and back to Santos who caught the ball for a  two-handed slam which earned him 28 points.

Erik Joe, who was the other player to advance to the final round, wore a jersey that paid tribute to Michael Jordan.

For his first attempt, he dunked over his friend Richard McWilliams to score 22 points.

Although his next attempt was fairly better, his total score of 47 was not enough to overtake Santos who took the crown with 58 points.

In the preliminaries, Mac Mintac, who sported Vince Carter's Raptors jersey, aimed for a self-alley-oop slam but he could not complete it. He then performed a simple two-handed dunk which earned him 23 points.

In his second attempt, he went for a windmill slam which earned him 27 points to give him a grand total of 50 points — good enough for third place.

Santos, who scored 56, and Joe, who notched 52, advanced to the finals.