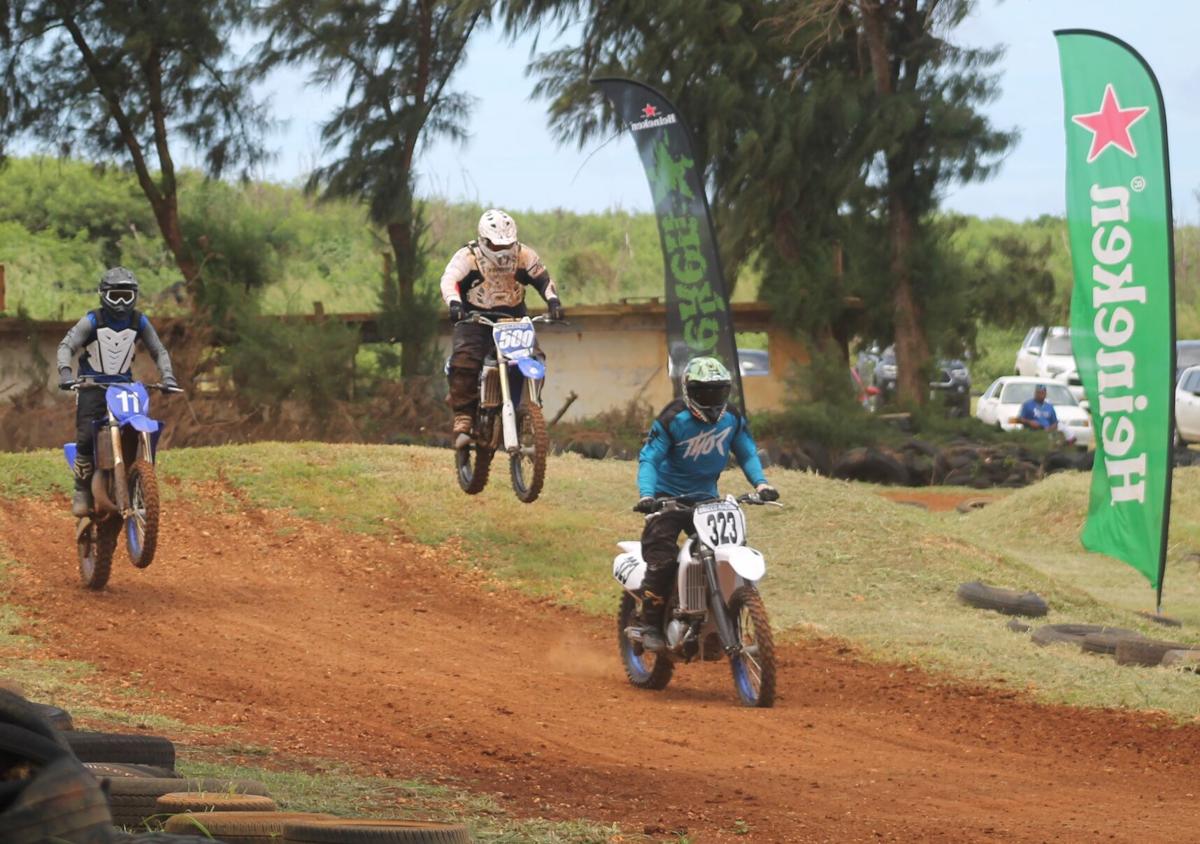 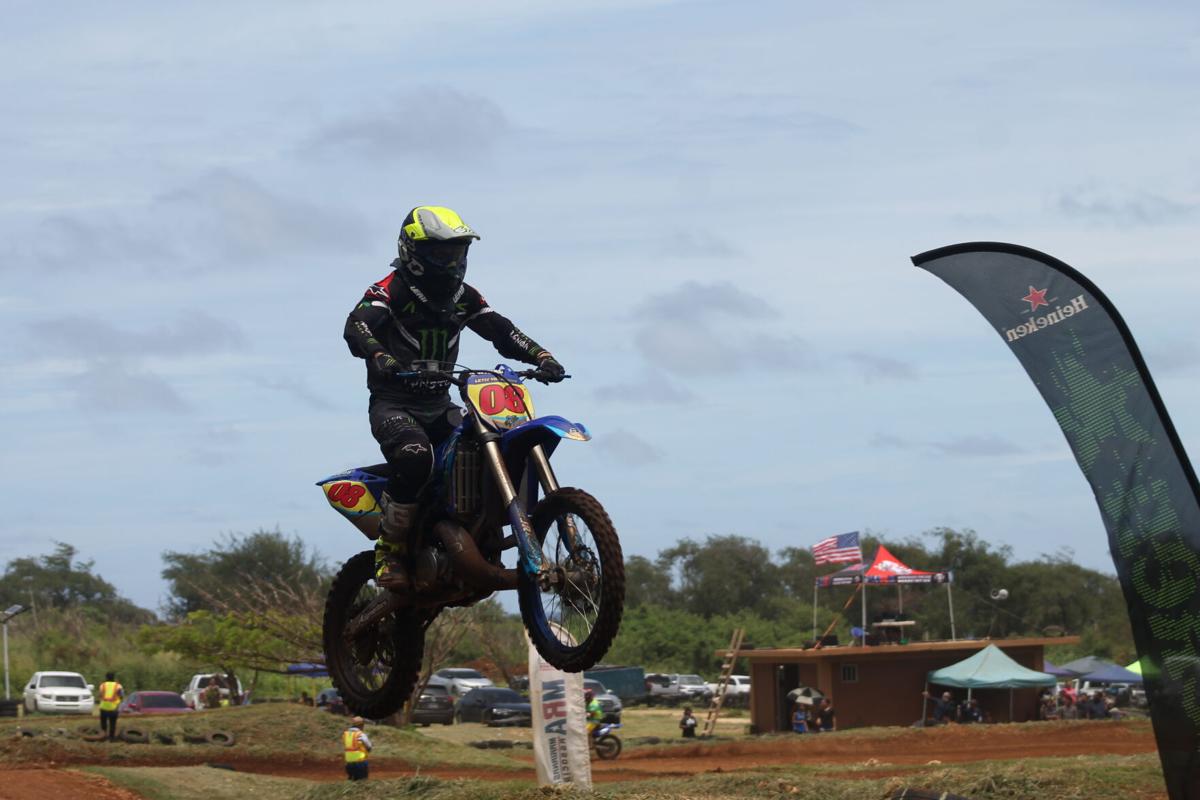 Champi Villacanes gets some airtime during the Marianas Racing Association Labor Day Race for the Veterans Class held on Sept. 5, 2021 at Cow Town Raceway Park.

Champi Villacanes gets some airtime during the Marianas Racing Association Labor Day Race for the Veterans Class held on Sept. 5, 2021 at Cow Town Raceway Park.

But Pangelinan did not have an easy stroll to the top as he went head-to-head against Tristan Sablan in the first heat.

After a few laps, Sablan managed to gain the edge with a first place finish followed by Pangelinan.

Fortunately for Pangelinan, the second heat mattered the most, and that was where he stepped up. He grasped the lead from the start and kept the throttle going to finish first place which put him on top with 47 points.

Tristan Sablan also had 47 points, but settled for second place, followed by Gino Dela Cruz in third with 40 points. AJ Llagas was fourth with 34 points and Aric Cruz was fifth with 26 points.

Although Cuki claimed heat 1, Shane put the pedal to the metal in heat 2  to bag overall first place with 47 points while Cuki, who also garnered 47 points, took second place.

Finishing third place was Shane’s older brother Alverick Alvarez with 40 points followed by Ellery Cruz in fourth with 34 points and Franklin Santos in fifth  with 33 points.

As for the Veterans Class, Champi Villacanes dominated with a 50-point performance to bag  first place. Melvin Cepeda was second with 44 points followed by Glen Pangelinan in third with 38 points. Cuki Alvarez was fourth with 36 points while Ray Yumul was fifth with 34 points.