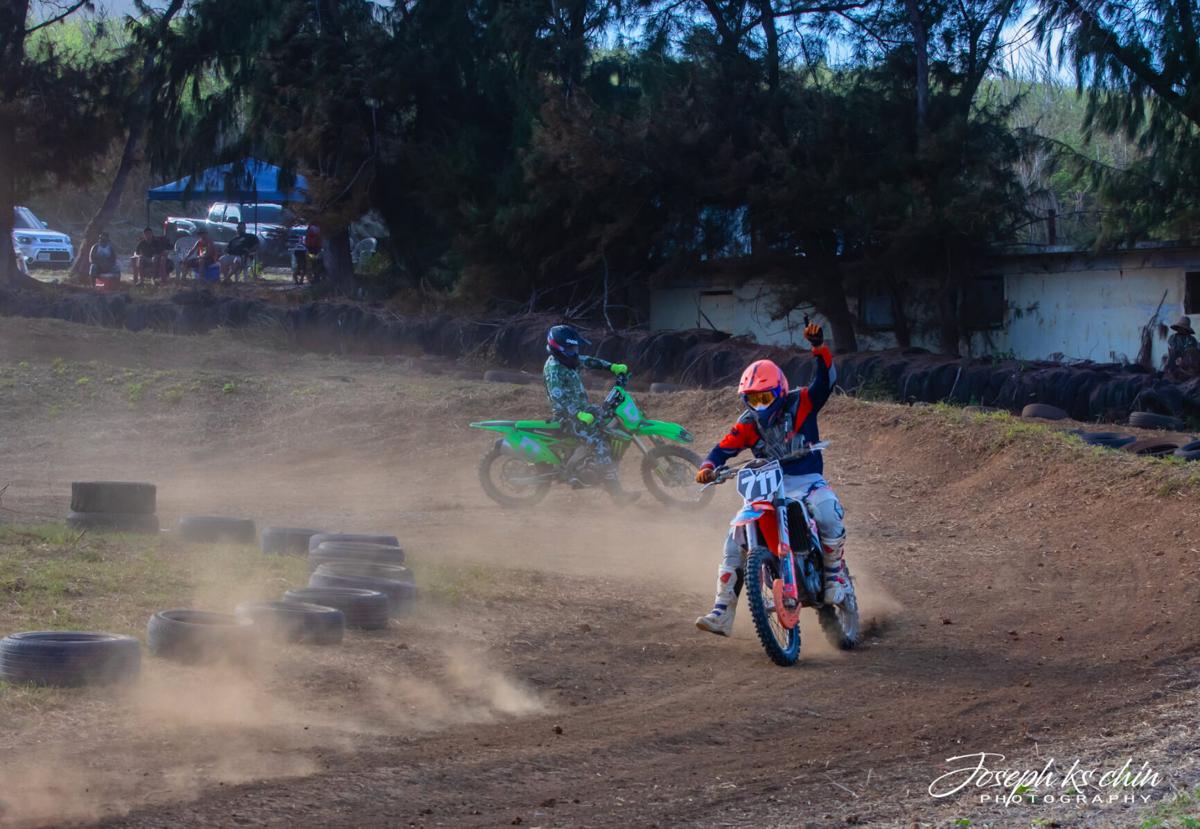 Cuki Alvarez gestures after passing his son Shane Alvarez for first place during an MRA race at the Cow Town track. 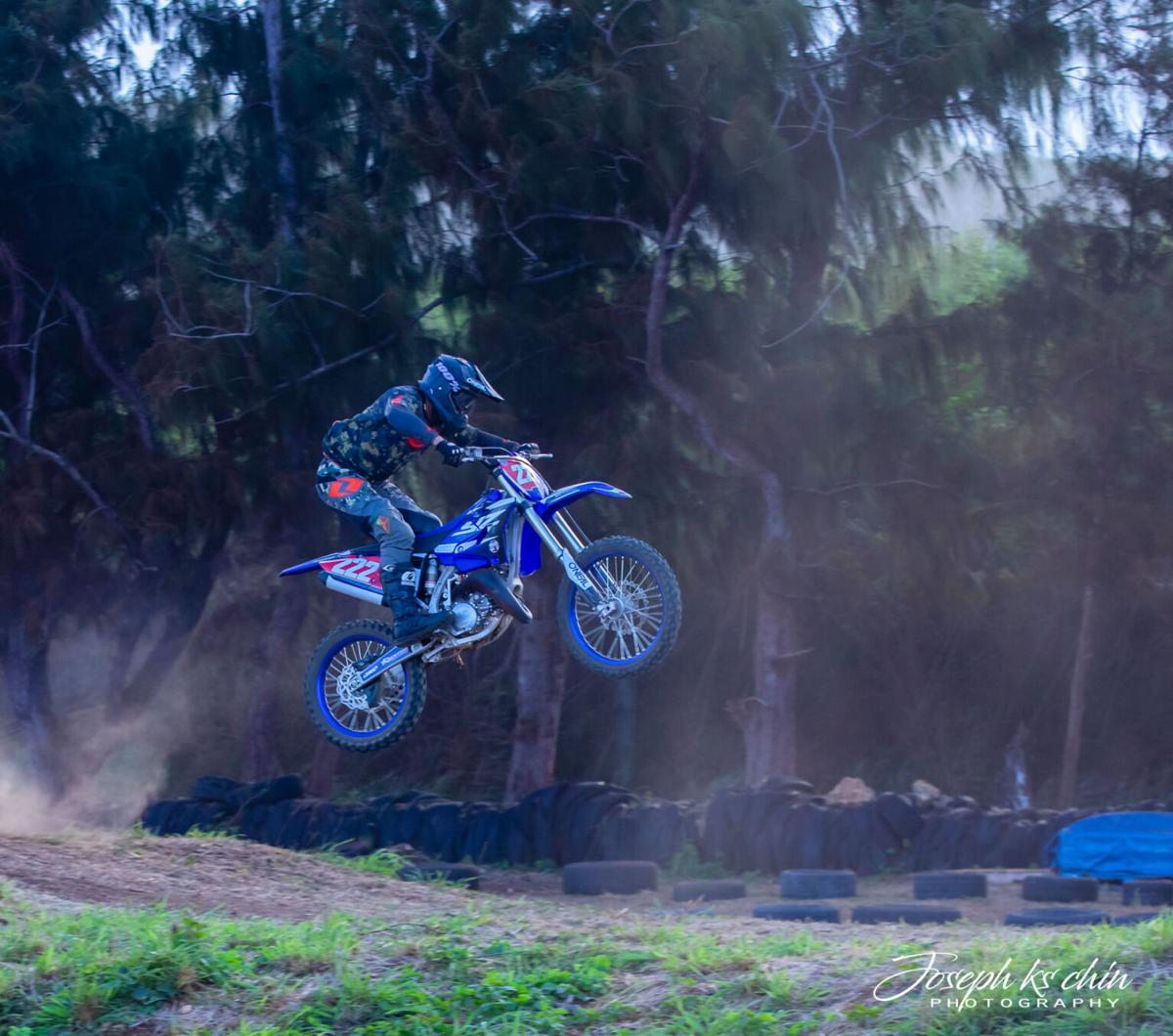 Etay Mendoza executes a jump during an MRA competitive race at the Cow Town track.

THE battle between father and son continued in the adult open class category of the Marianas Racing Association with Cuki Alvarez besting Shane Cruz as motocross returned to Cow Town on Sunday.

In the previous week, it was Shane Alvarez who stood tall claiming first place.

Because the last time MRA bikers raced at Cow Town was over a decade ago, excitement was in the air during Sunday’s event.

Cuki Alvarez cruised through all eight laps in the adult open class category to take the top spot while son Shane Alvarez followed in his father's footsteps in second place.

“It was a very cool experience and nostalgic,” said Cuki Alvarez, who is also vice president of MRA.

“It was nice to be able to ride and race again back at Cow Town after 12 years!” he added. “Lots of fond memories came back from the good old days, especially seeing a lot of the kids back then who are all grown up now and are still riding!"

He added, "In fact, a lot of those kids have become parents themselves and are now introducing their children to motocross! So there's the old and new generations of riders all riding together now. We reminisced about all the international events we held here at Cow Town from 2003 to 2008. And we are excited to bring them back again.”