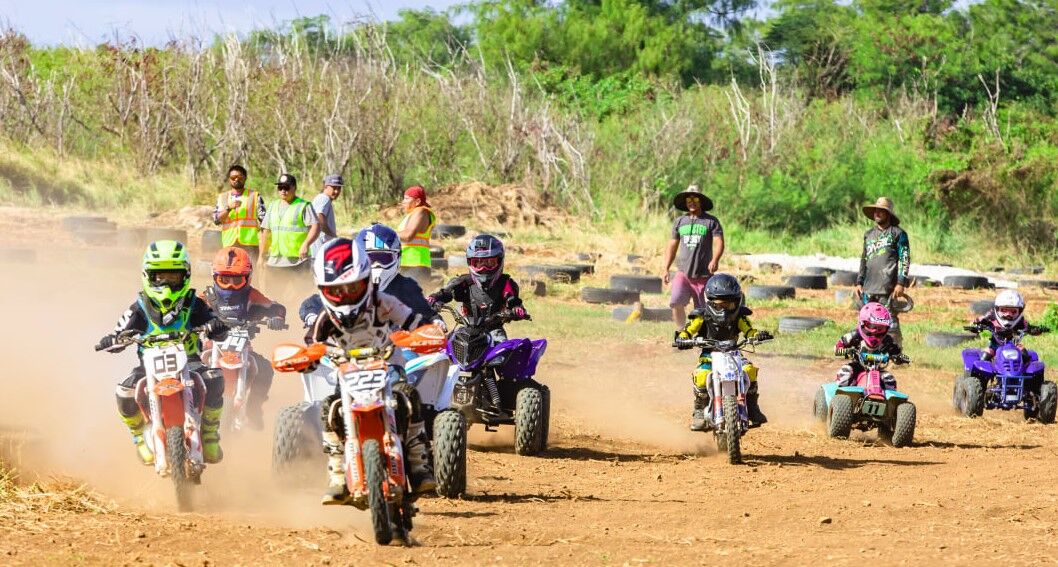 Jonoah Santos leads the pack in the Peewee 2 race at the Cow Town track on Sunday. 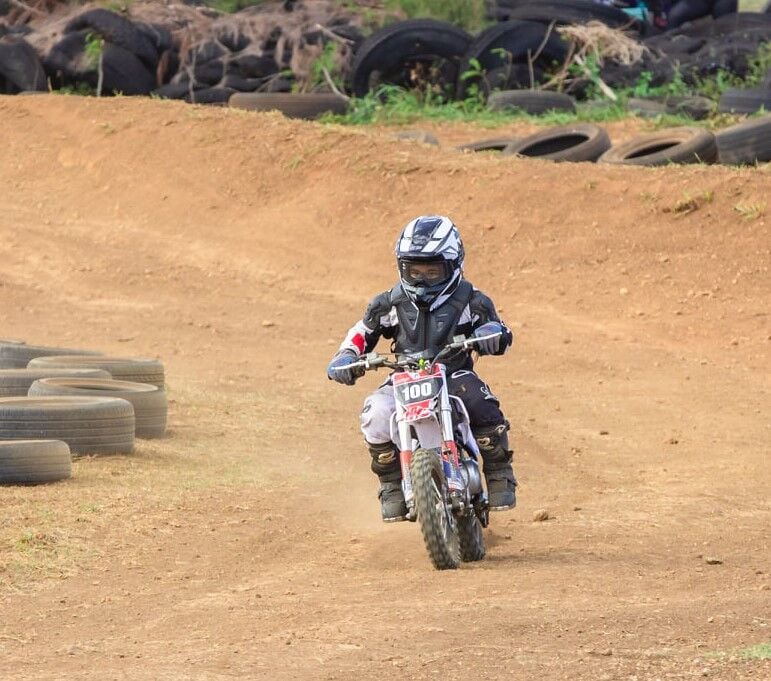 Ezekiel Camacho competes a turn as he leads the Peewee 1 race at the Cow Town track on Sunday.

EZEKIEL Camacho and Jonoah Santos earned the spotlight in the Marianas Racing Association’s Peewee races on Sunday at the Cow Town track.

Ezekiel Camacho had a near-perfect run as he led the five-lap Peewee 1 race with confidence. Although he was trailed closely by the rest of the competition, Camacho kept his cool and turned tight as he pushed through the singles and doubles to finish first in every single lap.

The battle for overall second place was a tough one between Zane Fujihira and Harley Susulin.

As for the Peewee 2 race, Jonoah Santos was the overall first place finisher. Like Camacho, Santos ruled each of the five laps to claim the top spot with ease.

In second place was Rylie Manglona whose performance in the last three laps relegated Nevaih Camacho to overall third place.

In the ATV race, Nevaih Camacho took first place followed by Theresa Borja in second and Brooklyn Susulin in third.