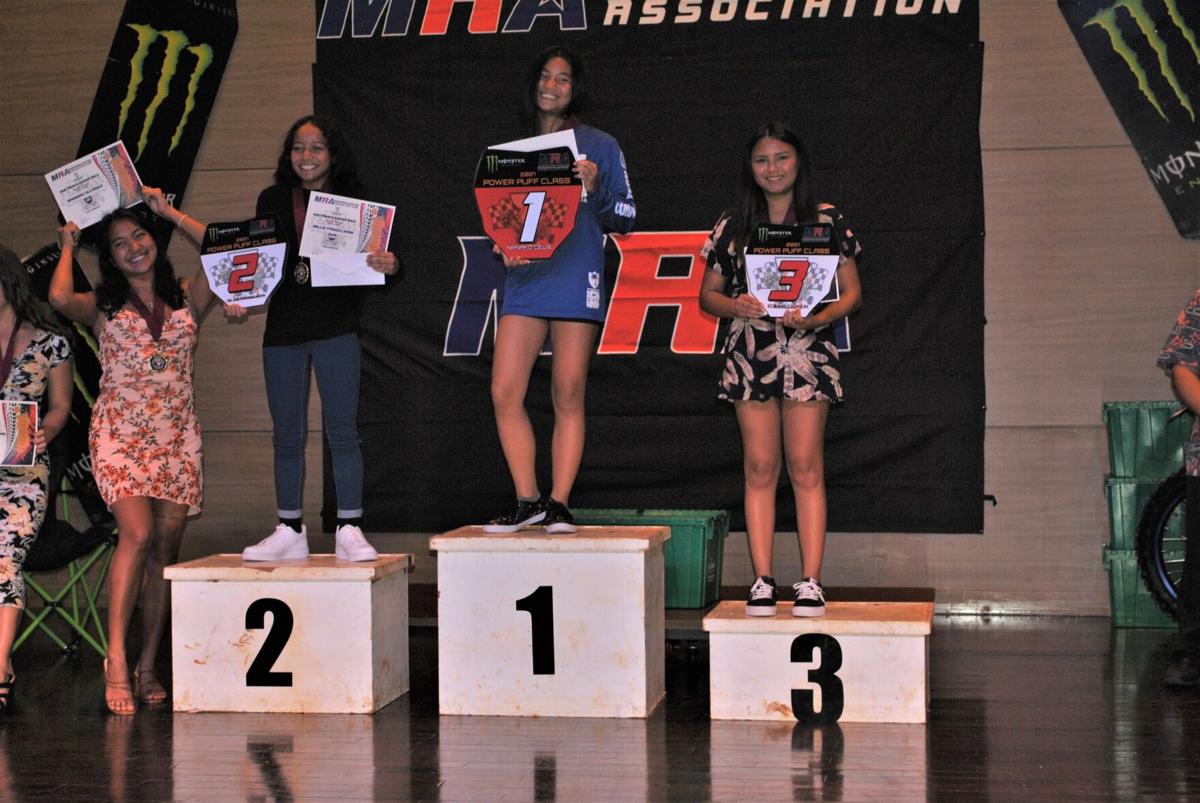 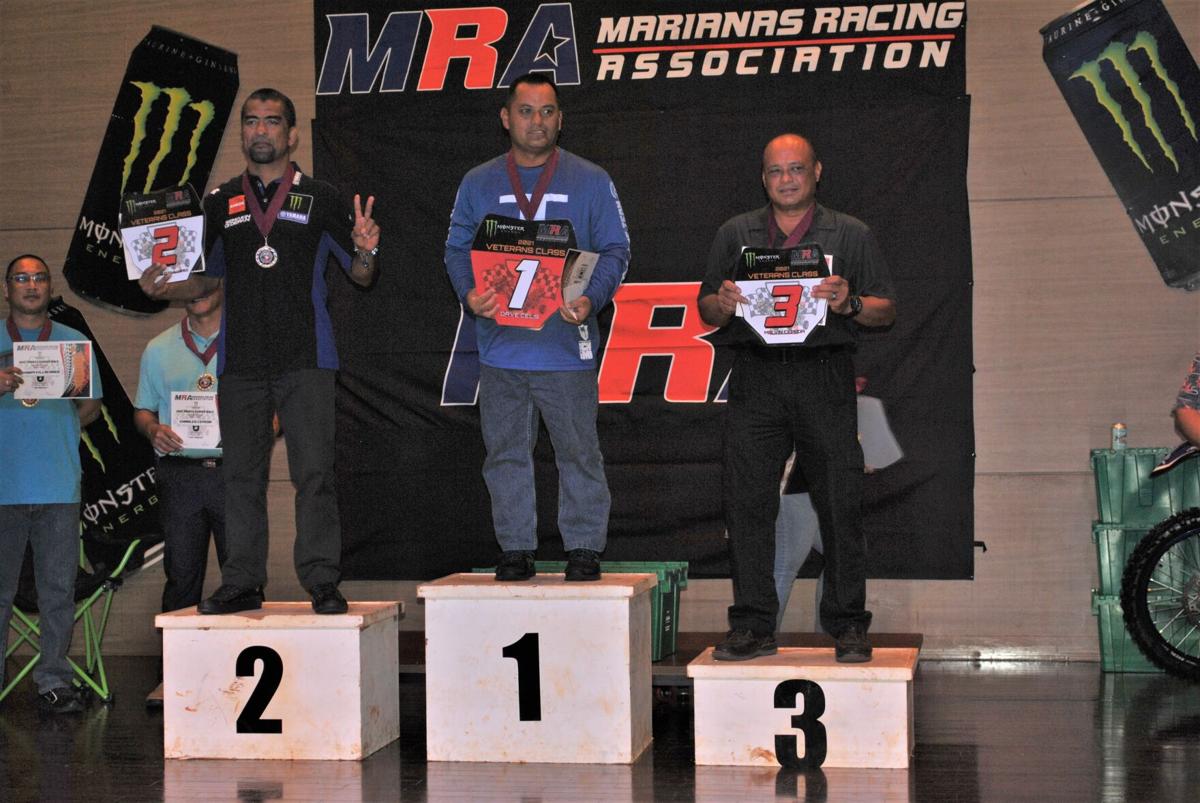 Dave Celis, center, poses with the red plate trophy of the Veterans Class during the Marianas Racing Association 2021 Points Race Series awards ceremony at the Saipan World Resort on July 28, 2021.

Dave Celis, center, poses with the red plate trophy of the Veterans Class during the Marianas Racing Association 2021 Points Race Series awards ceremony at the Saipan World Resort on July 28, 2021.

In the Veterans Class, Dave Celis was on top of his game, earning several first-place finishes throughout the seven-round series, including three 50-point performances.

When asked what was his strategy, Dave Celis answered, "Ride smart, ride smooth and maintain a constant steady speed."

This game plan brought him  a total of 332 points  as well as overall first place and the "red plate" trophy.

For her part, his daughter Nanako topped the Power Puff Class.

Like her father, she was steady on the race track with two 47-point finishes and an overall score of 304 points — the same score notched by Billie Pangilinan.

However, Nanako had the better tie-break score which earned her first place and the red plate trophy

Nanako said the series was tough. “They [the other racers] were very competitive  throughout the season so I was very happy to win.”

As for her father, Nanako said she was not surprised when he won. “From the start I already knew he was gonna’ win. But in my case, I was really surprised that I won because me and Billie were tied."

Dave Celis said he was not only proud of his victory but of his daughter's as well.

“We are a family of riders and seeing the both of us take home titles is like a dream come true,” he added.

Dave is a long-time rider and serves as an inspiration to his children.

“What made me get into the sport of motocross was seeing everyone having fun riding,”  Nanako said.

"It's the best feeling to be able to ride with your own family,” Dave said. “This sport has only brought us closer than we already are. And winning is just the symbol of how strong our bond is.”