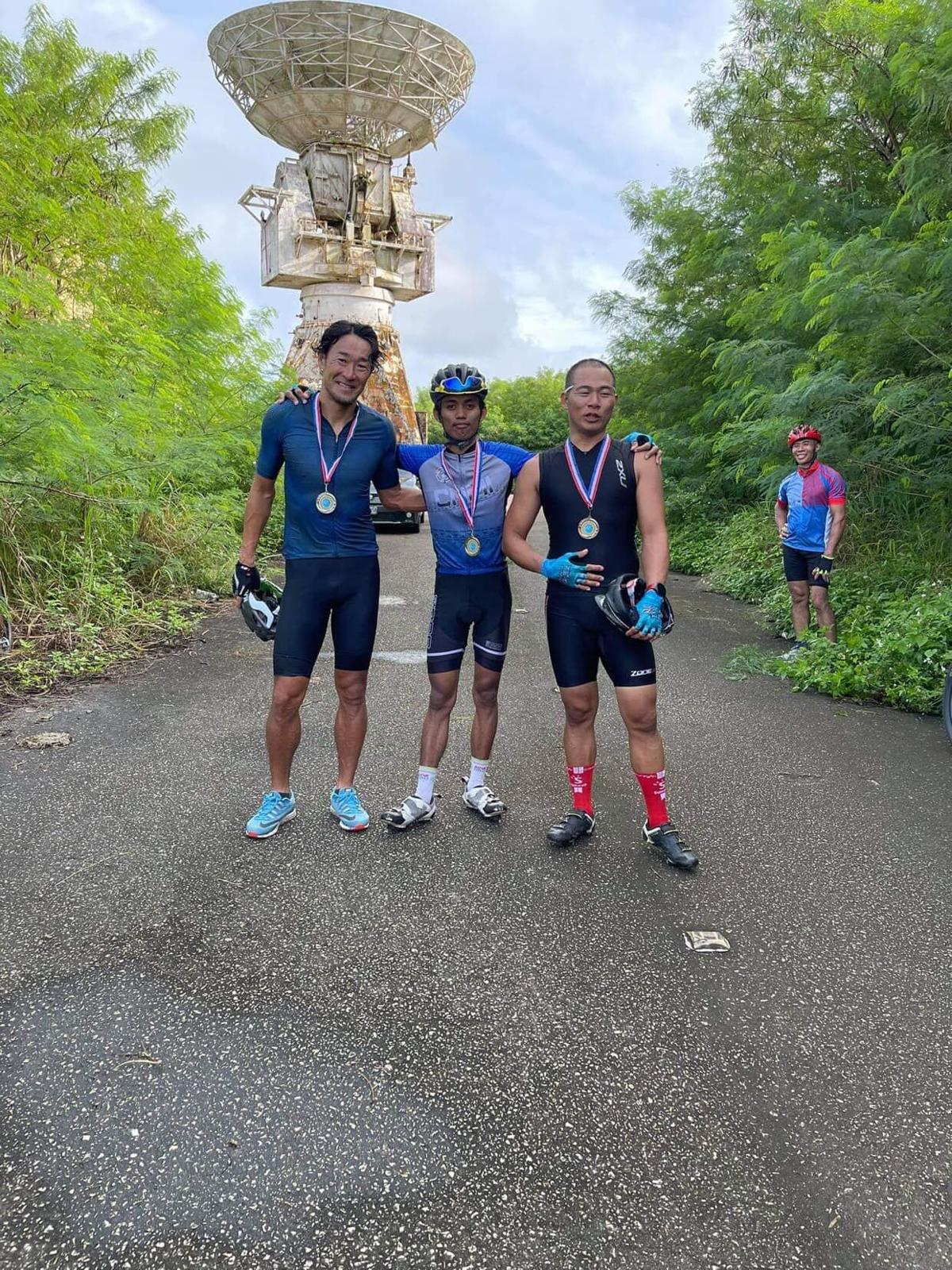 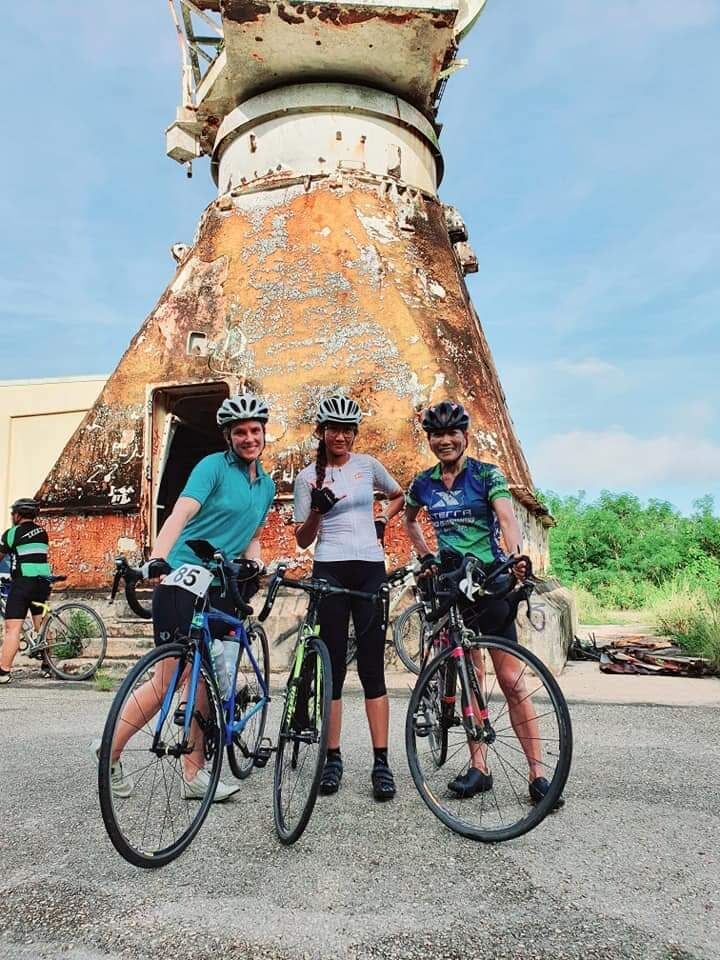 Jay-Anne Felipe, center, poses with fellow bikers after completing the Hell of the Marianas Race Series 1: Radar Challenge on Sunday.

Jay-Anne Felipe, center, poses with fellow bikers after completing the Hell of the Marianas Race Series 1: Radar Challenge on Sunday.

RENREN Gaviola and Jay-Ann Felipe finished first in their respective divisions in the Hell of the Marianas Race Series 1: Radar Challenge on Sunday.

The challenge took participants from the starting point at the former Mariana Resort then to Suicide Cliff,  Bird Island, Banzai Cliff and finally up to the old radar station where the trail ended.

Gaviola said at one point during the race, he feared he would not do well. “The course was kind of hard because the finish line was at the radar station, and it’s one of the toughest climbs for biking,” he said.

Moreover, “I didn’t train well for this race and I only had one hour of sleep. So I told myself that I must  finish the race so I could get some sleep,” he said in jest.

Despite the struggle, Gaviola was happy with his performance. “I'm so blessed. It was hard to get this first place and it’s my first time to get it in the open category.”

Gaviola said he would like to thank The Bike Shop Saipan for sponsoring his jersey.

Felipe said she was “surprised to make it to the top.”

She added, “I wasn't expecting to even make it to the top three due to the lack of sleep prior to the challenge.”

She said she first heard about the race 20 days before the event.

“There was little time to train, but the  challenge was a stimulating and gripping experience for me. However,  personally, the most strenuous part was going downhill from Suicide Cliff to Bird Island and Banzai Cliff because the road was wet and slippery. I am grateful that I reached the top of the radar station safely.”