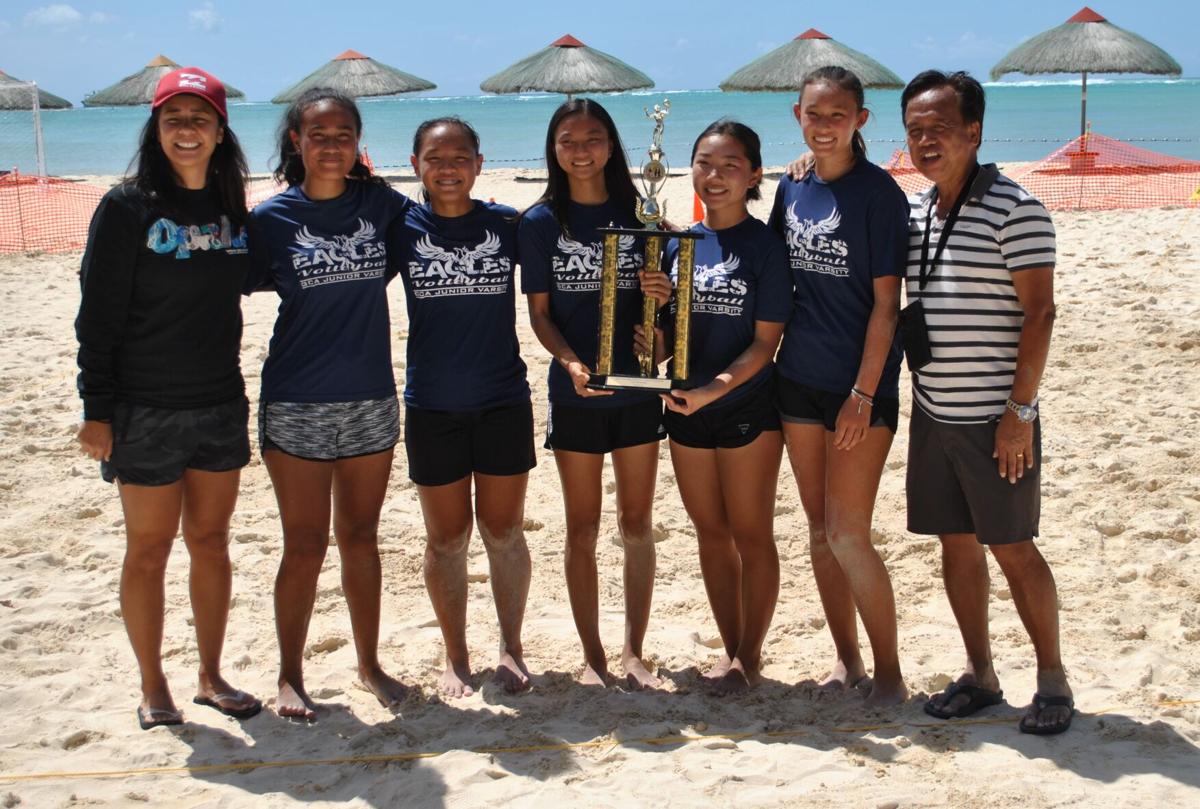 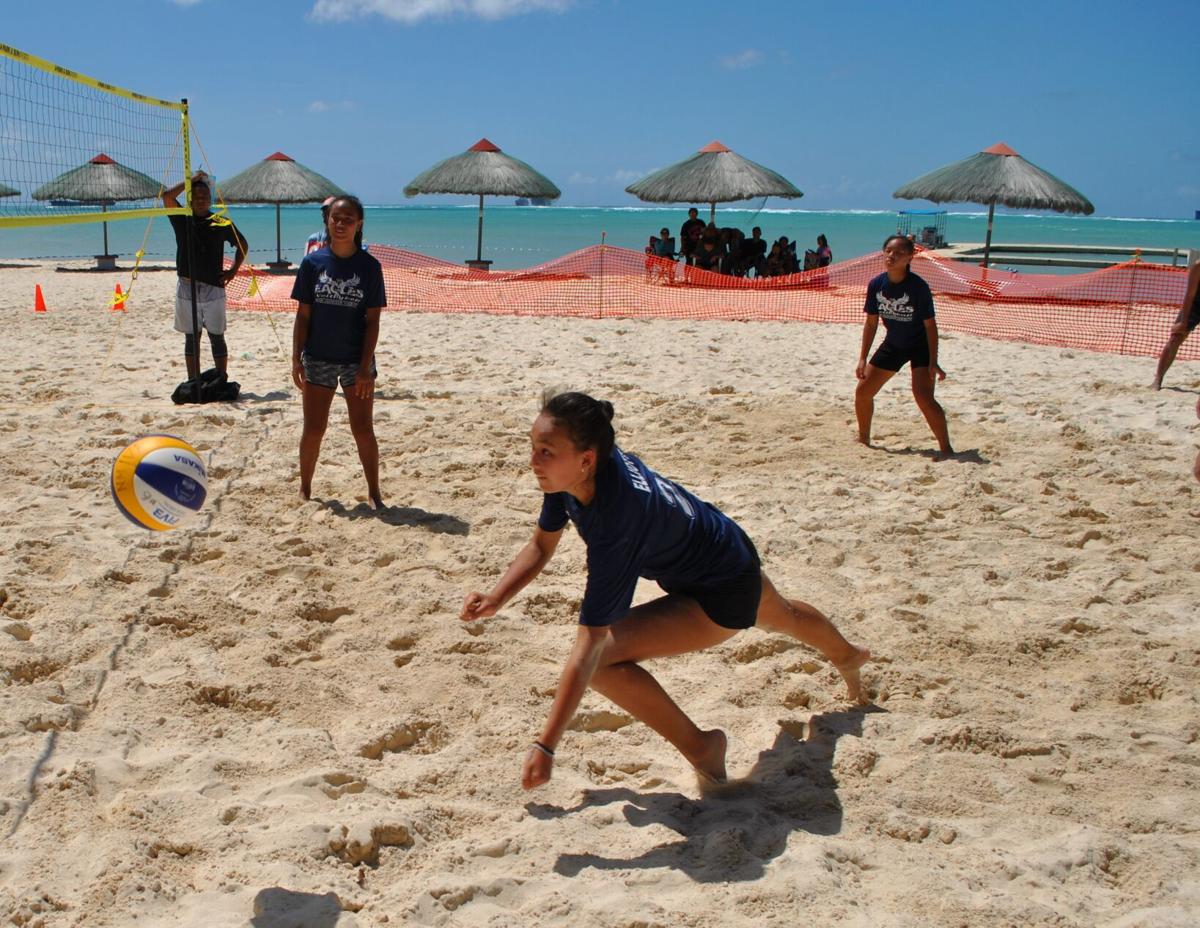 Grace Christian Academy 2's Hye Jin Elliot dives for the save during the championship game of the PSS Girls 4v4 Beach Volleyball League Saturday at the Fiesta Resort & Spa beach.

Grace Christian Academy 2's Hye Jin Elliot dives for the save during the championship game of the PSS Girls 4v4 Beach Volleyball League Saturday at the Fiesta Resort & Spa beach.

The title game was an exciting battle. GCA 2’s Katriel Saures and Hye Jin Elliot were no strangers to championship matches and it showed as they led the Eagles from the frontlines.

The duo powered through the first set with teamwork as Saures constantly placed the ball at the right place for Elliot to fire off the spike finishes.

MHS 1 managed to balance the scale as  Fatima Monerubri handed her team points from the serving line for a 12-12 deadlock.

The Eagles then entered the second set fueled with momentum to gain an early 9-5 lead.

However, they also provided MHS 1 with the opportunity to make a comeback, and soon, the Dolphins were just two points behind.

Fortunately for GCA 2, Elliot and Saures stepped up during crunch time with spikes and by sending the ball over which caught MHS 1 off-guard.

The Eagles then went on to win the second set, 21-17, and the championship.