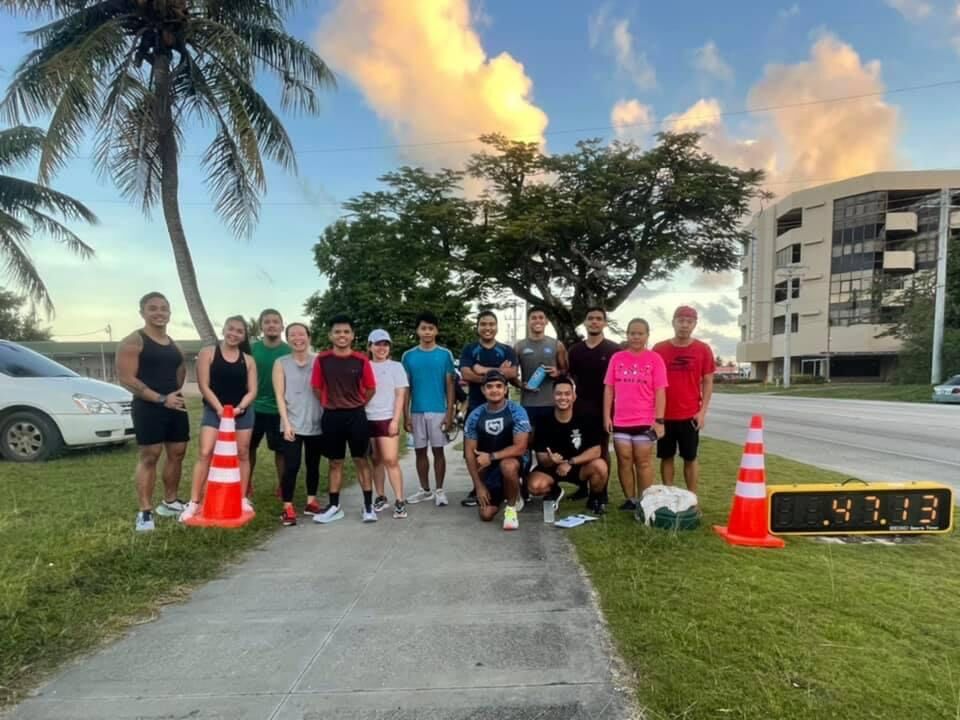 The participants of the Run Saipan Underground 5K Race pose for a photo at the Beach Road pathway on Saturday. 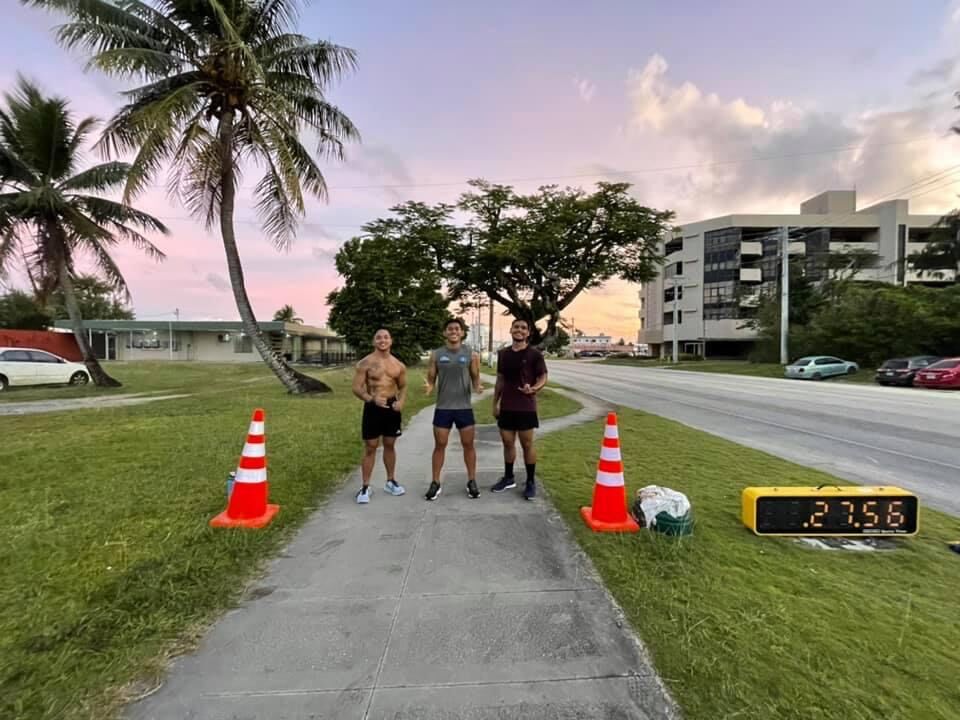 The participants of the Run Saipan Underground 5K Race pose for a photo at the Beach Road pathway on Saturday.

Galang tested his endurance in the early morning race which he completed with a time of 00:22:47.

In the couples division,  Gerald Galang and wife Kristine were triumphant with time of 00:25:02.

Edward Dela Cruz Jr. said he started Run Saipan because he was inspired and motivated by Guam’s diverse but unified group of runners.

“I fell in love with how strong their running community is. I just wanted to create something like that so I came up with our run club. Our group’s name was inspired by the Mandell Brothers' (Derek and Desmond) business in Guam:  Run Guam.”

Dela Cruz added, “I love their business and organization and what it stands for runners  in Guam.  I love their gear since I started wearing them.  I wanted to honor their running culture there. Those guys are amazing for what they do over there for their community. I wanted to make something like that here. Anyone who wants to run or get better at running or start running can find us on  our FB group called Run Saipan and join our community.”

He said it started when Dr. Ron Snyder created his Run the Marianas Virtual Race with the main intention of promoting and raising awareness for cardiovascular health.

Dela Cruz said he was inspired by that event.

“Knowing we won’t have any signature physical races, I came up with  running street 5K races with the intention of motivating  people to come out and run. For free! I dubbed it underground because I don’t care for sponsors or making it a large event. I wanted to make it as painless as possible for people to come out and run a 5K. I’ll be there with a clock provided by MVA and traffic cones and mark points and people can just go!  Guam has a 5K every single weekend. My goal for Saipan is to have that one day. For now all I can do is hold a race once a month on Saturday, early mornings.”

Dela Cruz said he was “surprised we got 13 runners for the first race. I just put it out a month in advance on our run group page and people showed up. It was great. People just came, ran their 5K and got an idea what their time is now. Now they want to beat it next month. I’m very sure we will have more runners next month.”

Dela Cruz said the next race is set for March 13 at the Mariana Resort strip.

“Running changed my life when I started it in 2017,” he added. “There are so many things that divide people. Factors like ethnicity, ideology (whether it be religious or political), nationality, country, gender, political or geographical boundaries. Running  transcends that divide. Running unites us human beings. It’s the oldest sport and method of transportation.  You meet any runner out there it doesn’t matter if you never met. You will get along because you’ve ‘embraced the suck’ together whether you’re  a recreational runner that runs one mile a week or an  Olympic gold medalist like Eliud Kipchoge. We have one thing in common. We run.”

Dela Cruz said when Eliud Kipchoge broke the two-hour marathon barrier he had a pacer team of 42 of the world’s best runners. “Every single runner on that team had competed against each other from nationals to the Olympics for their countries. They set it all aside and united under Eliud to help him break the two-hour marathon barrier. They put aside division for the run. That is my main vision for Run Saipan. Bridge the divide. Also help the CNMI by lowering our rate of noncommunicable diseases through the start of a simple 5K run. It all starts with one step.”