You are the owner of this article.
Edit Article Add New Article
You have permission to edit this article.
Edit
Variety
Home
News
Views
Sports
Business
Arts & Culture
Announcements
Obits
Multimedia
Buy & Sell
Share This
1 of 4 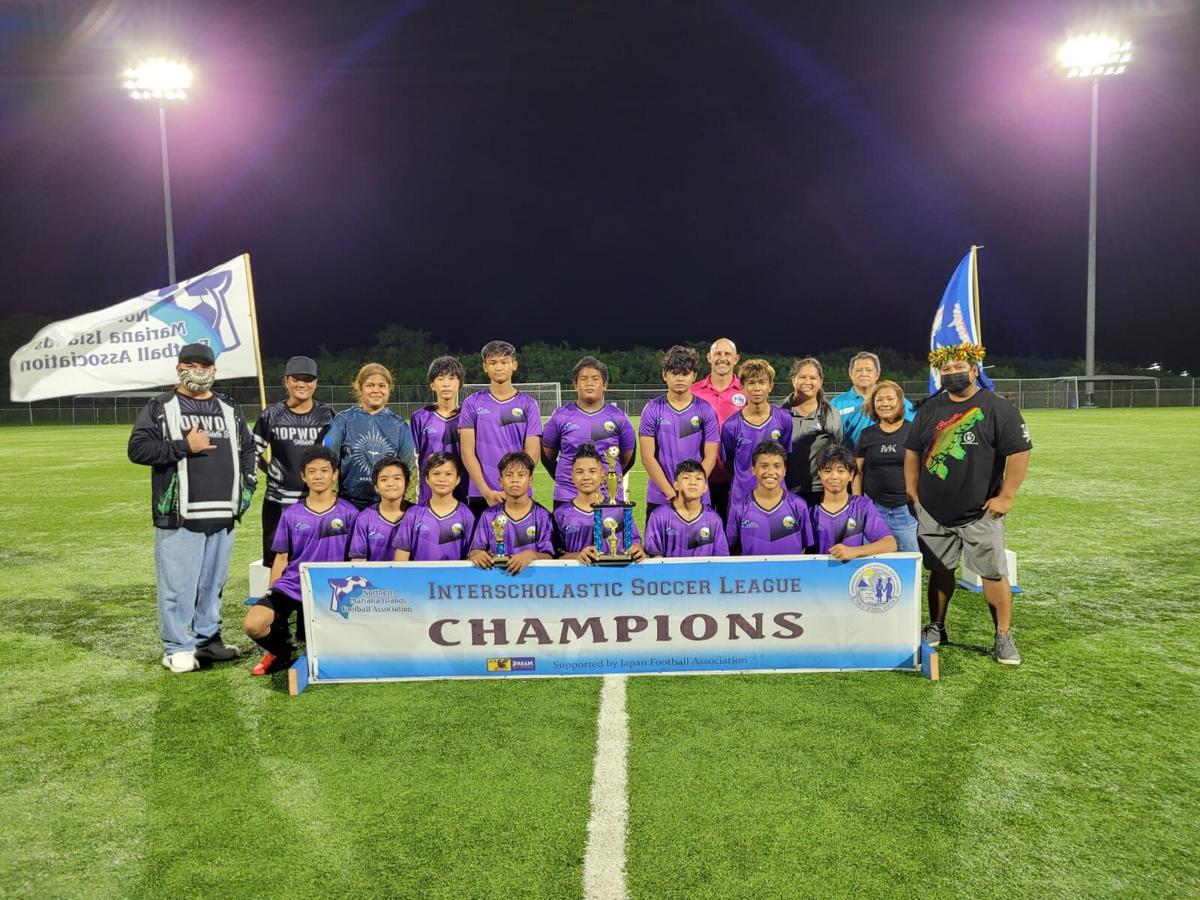 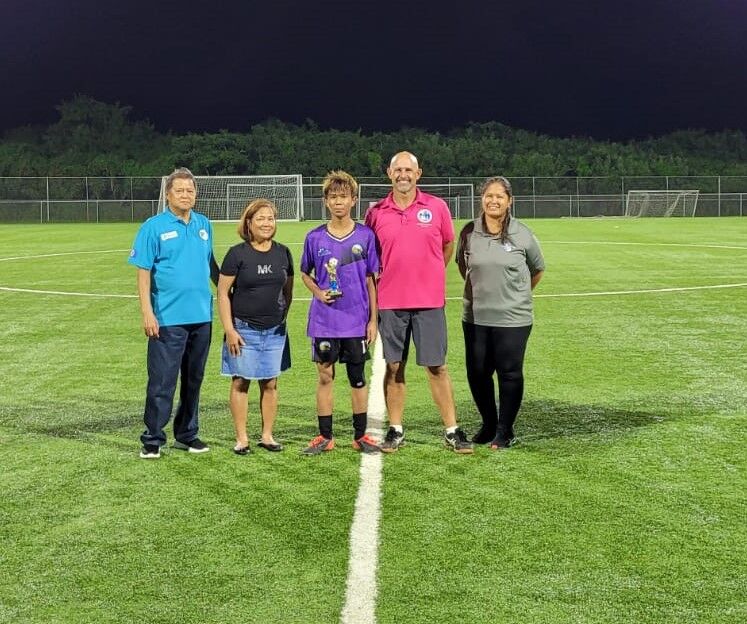 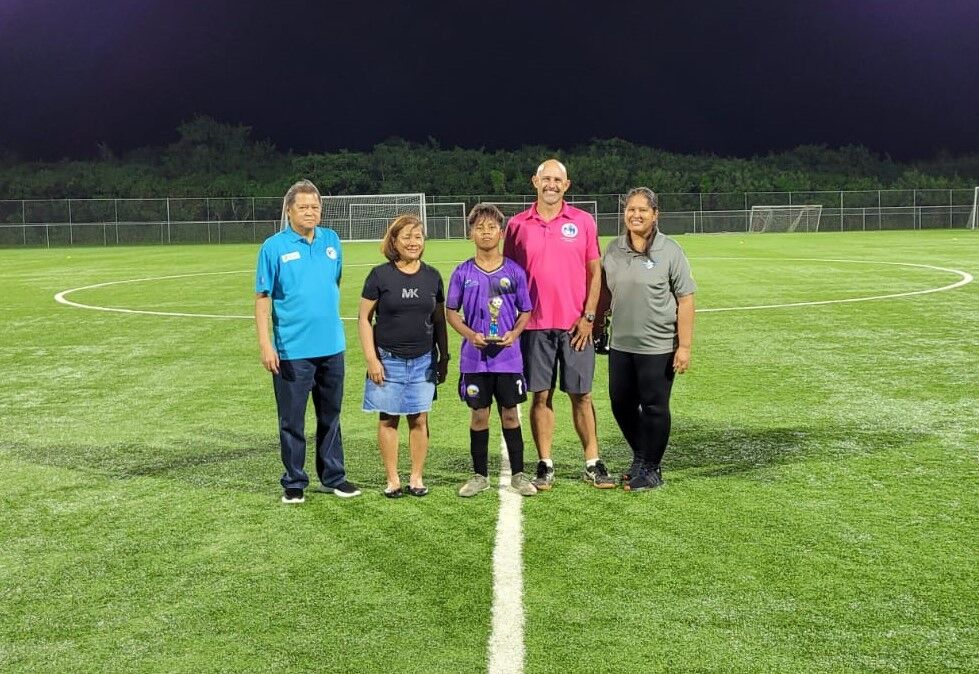 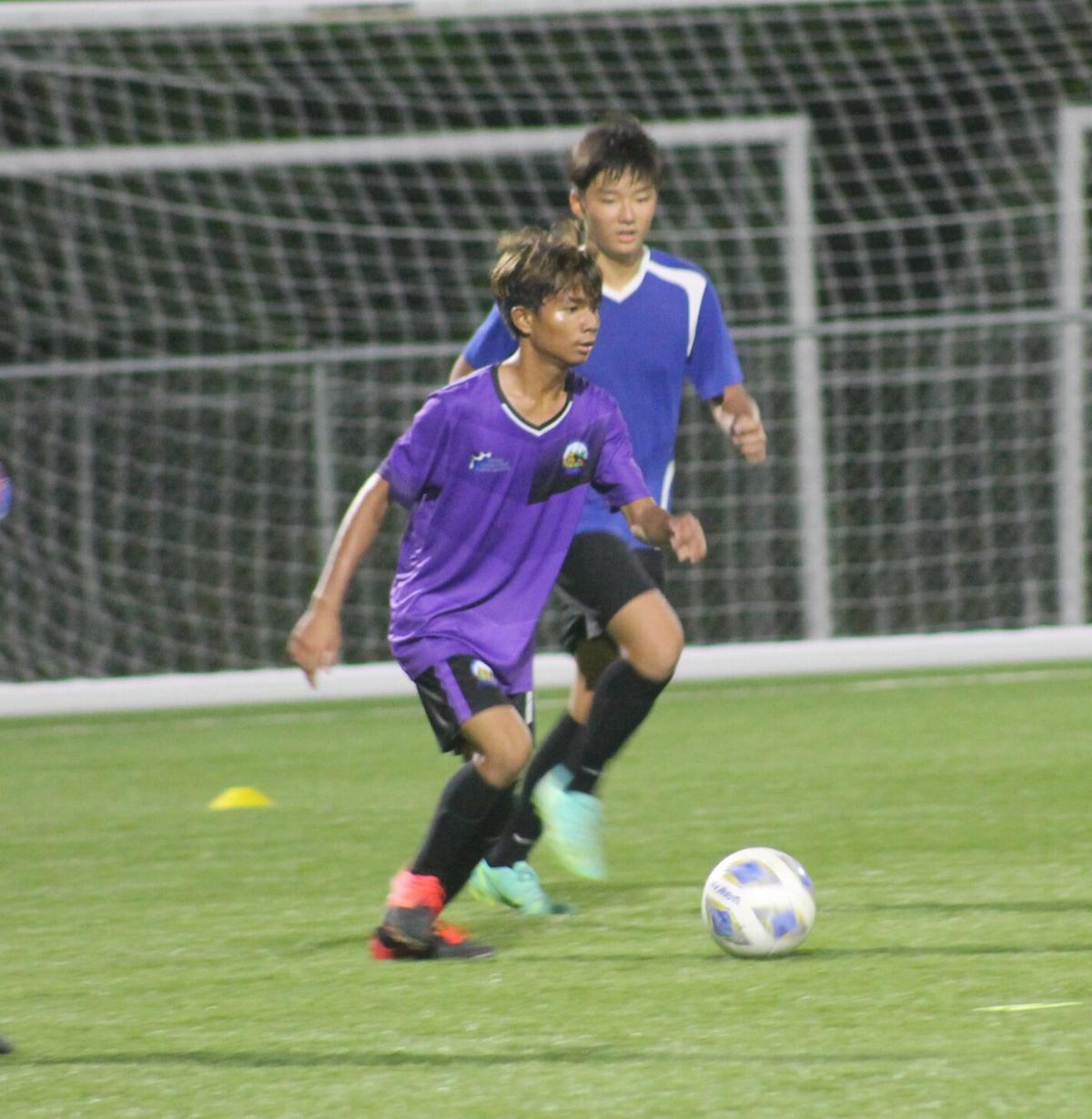 Hopwood’s Mark Costales looks on as he sets up the play during Friday's championship game at the NMI Soccer Training Center.

Hopwood’s Mark Costales looks on as he sets up the play during Friday's championship game at the NMI Soccer Training Center.

Hopwood's experienced players established control as soon as the ball dropped. In the first six minutes of action, they aimed for the kill and succeeded with Mark Costales finding the back of the net to give Hopwood the lead, 1-0.

The SIS Geckos fought back and tightened their defense, fending off several attempted shots. Eventually, however, Hopwood struck again. Tyler Omelau delivered his team's second goal at the 16th minute mark followed by team-mate Paul Lizama three minutes later and one more by Costales at the 20th minute mark for a 4-0 Hopwood advantage at halftime.

The deficit only grew in the second half as Hopwood remained the aggressor.

With SIS struggling, Hopwood’s Izeah Jolo relit the scoreboard at the 35th minute mark while Omelau added his second goal of the day at the 41st minute mark.

SIS' biggest chance of finding an answer came during the last 10 minutes of the game when Hopwood decided to switch  frontliners. A few close calls were made, but in the end, SIS could not muster enough finesse to squeeze in a point and had to bow to Hopwood, 0-6.

Highlighting Hopwood’s victory was Mark Costales’s scoring prowess. For contributing a total of 12 goals during the season, he received the Golden Boot Award.

For his part, Hopwood Tyler Omelau’s consistency and two-goal contribution in the championship made him the Finals Most Valuable Player.