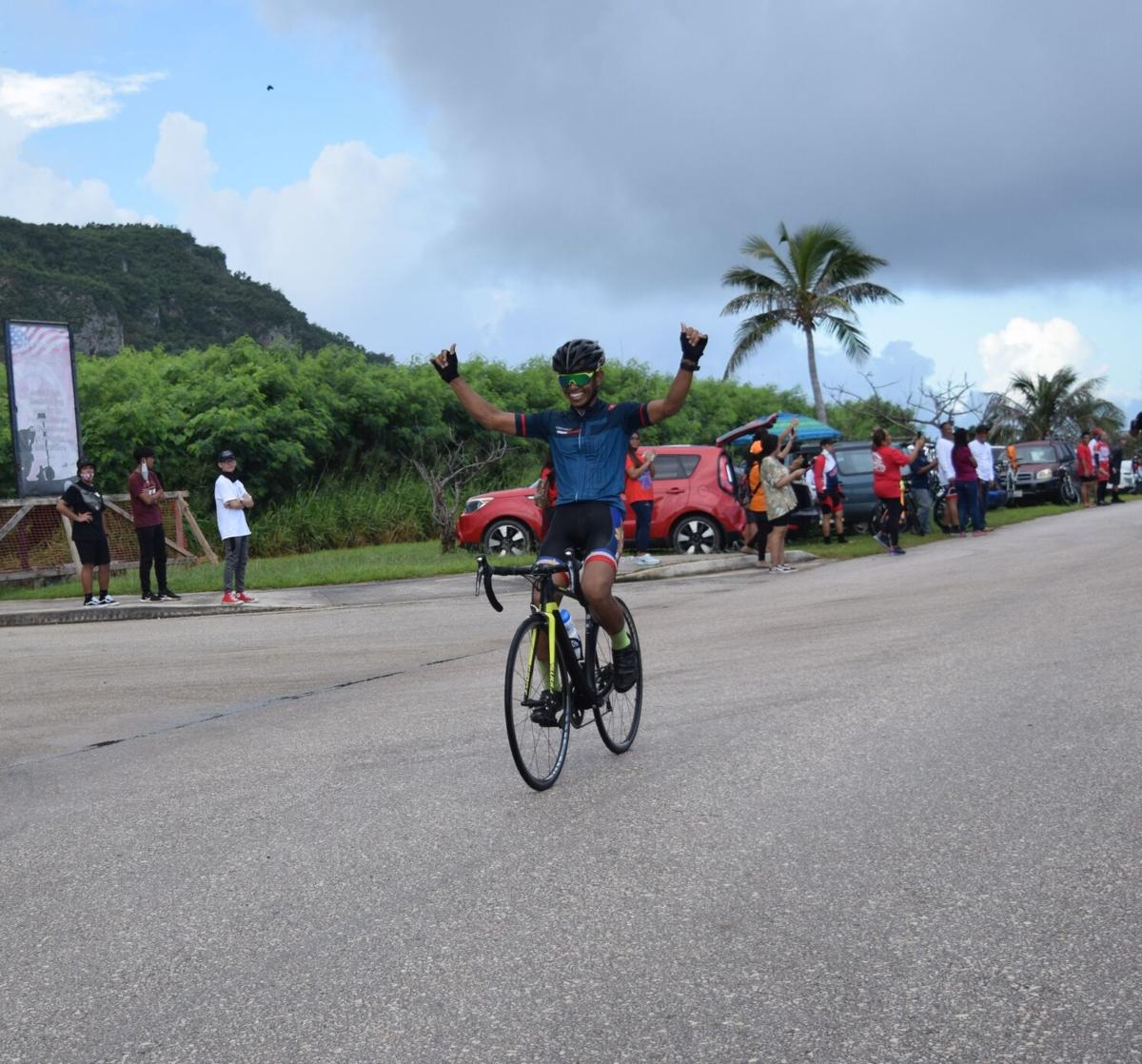 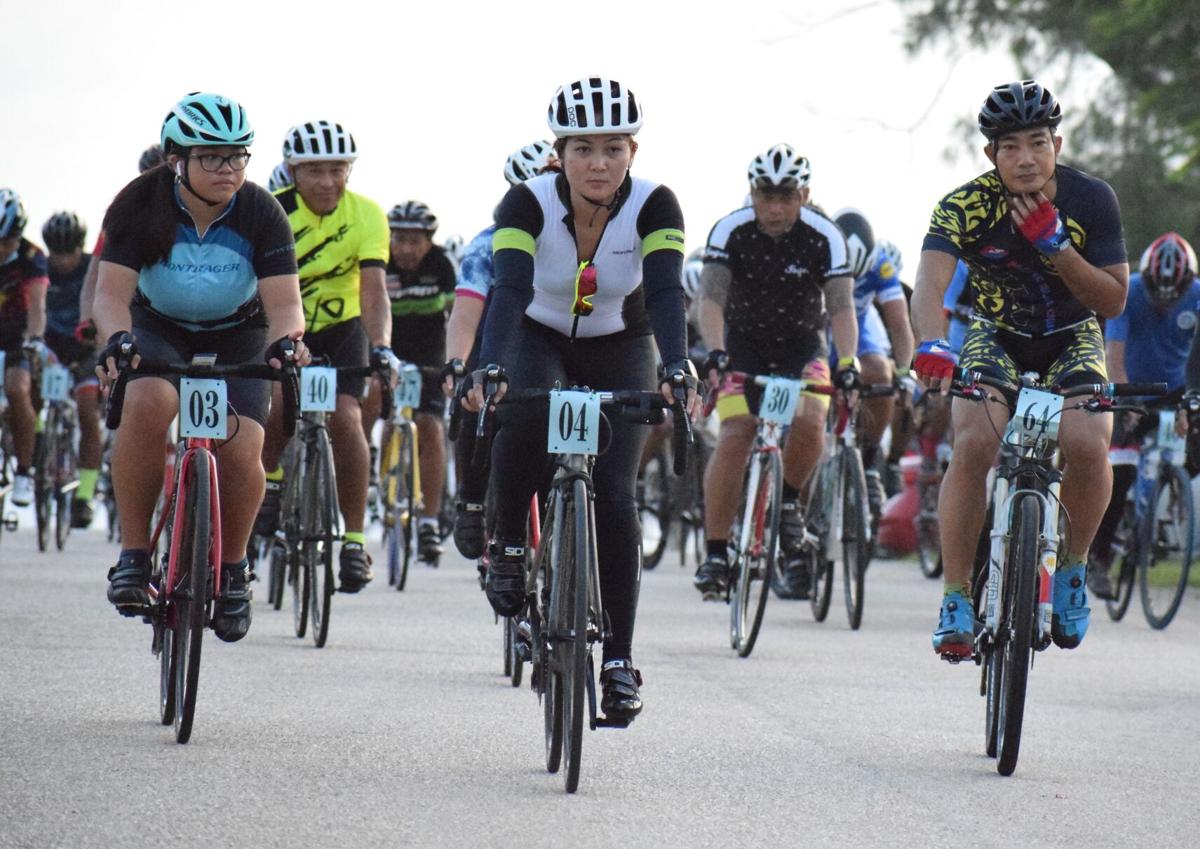 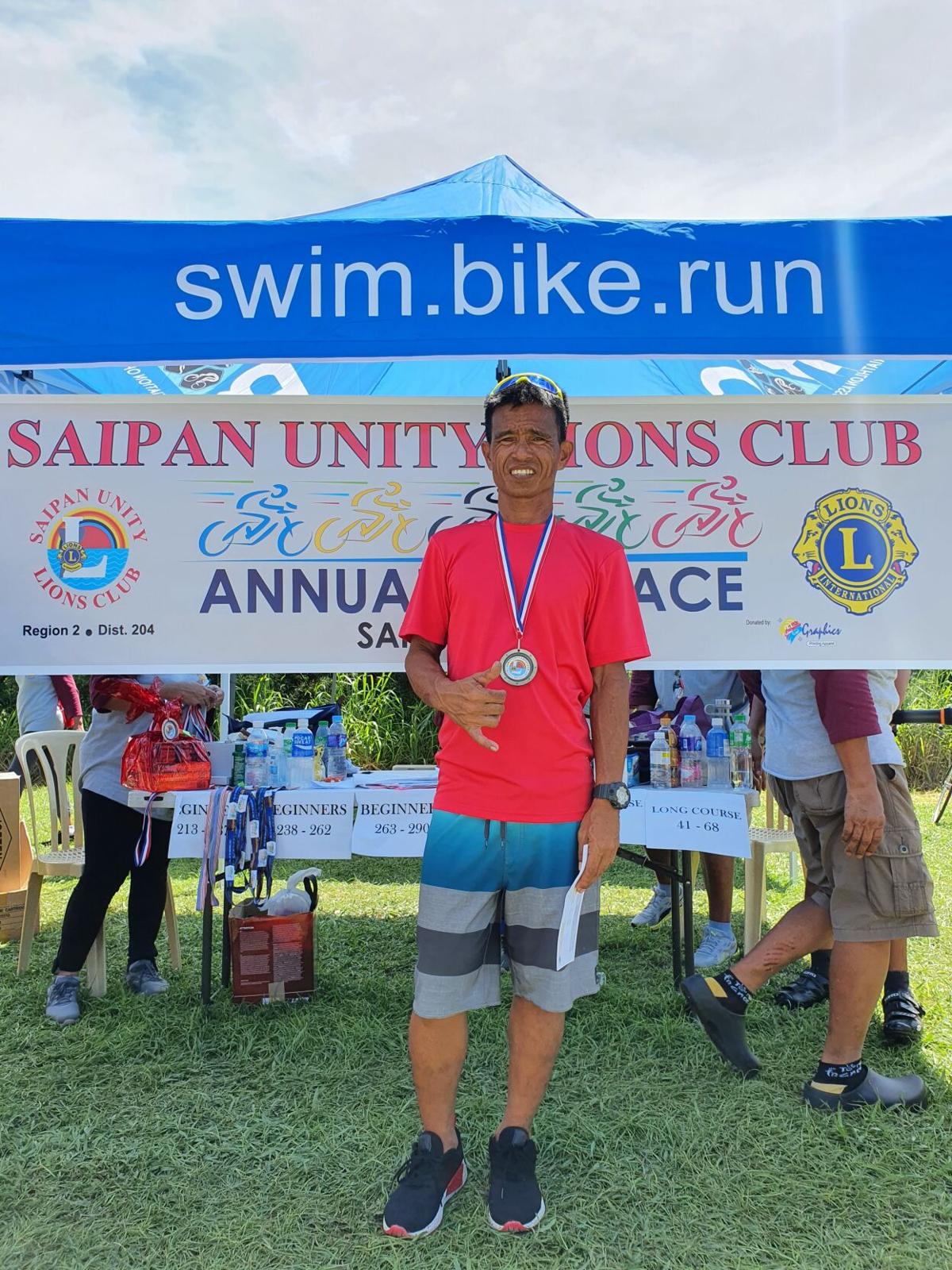 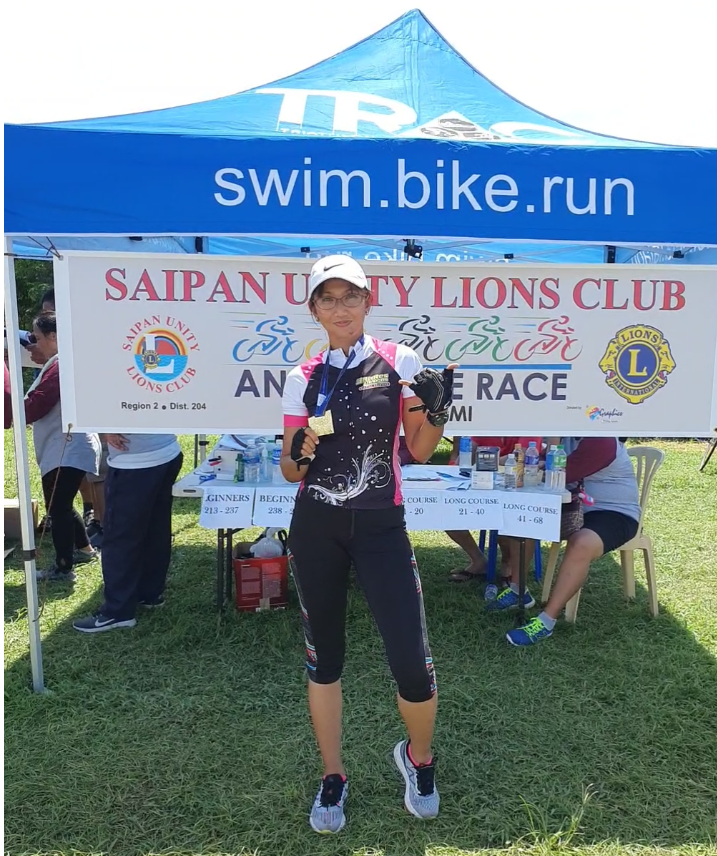 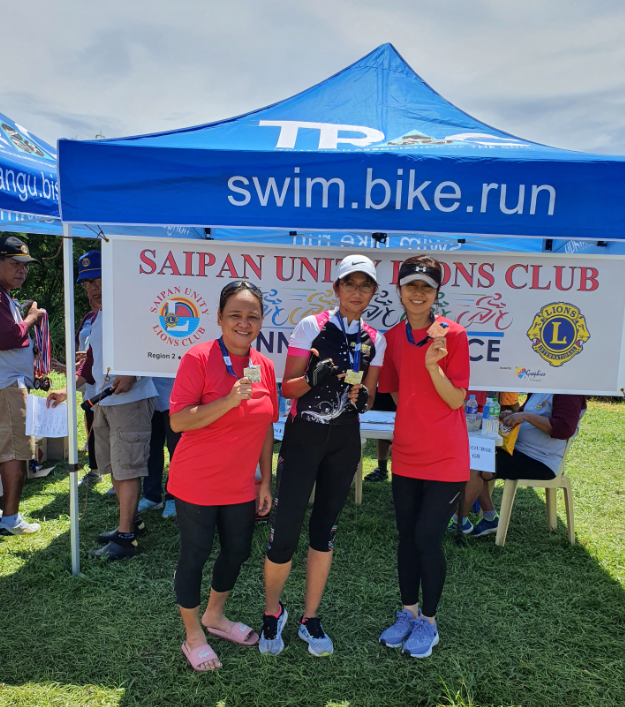 Despite the rainy weather, over 150 bikers, men and women, participated in the race which started at Banzai Cliff and proceeded to Mobil Tanapag before heading back for four laps. Endurance was the key to victory.

After over an hour, Sublemente and Woe Valdisino  were neck-and-neck, but as they made their way through the final stretch, Sublemente pulled well ahead and was the first to cross the finish line at Banzai Cliff. Woe Valdisino was second while Pax Guevara was third.

In the road bikers long course category of the men's division, Joel Buco topped the list followed by Bob Ferrer in second and Mark Isip in third.

In the women's division, JC Ferrer led the pack followed by Majorie Ganacias and Vernie Ronda.

Joel Buco celebrates as he crosses the finish line at Banzai Cliff on Sunday.

Over 150 bikers, including Butch Sublemente, right, participated in the race.

In the mountain bike race men's division it was Michael Aparte who dominated the course followed by Raymond Tolentino in second and Napoleon Solis in third.

As for the road bikers category of the men's division, Ronald Bernardo was first, Jomer Enriquez was second and Julius Clazer Mabutas was third.

“Even with the pandemic, we wanted to keep the bikers healthy,” said Saipan Unity Lions Club president Alicia Barbo. “At the same time, we wanted to continue doing our community service.” The event helped raise funds for the club’s community activities and projects.

“The weather was fine,” Barbo said. “It helped cool down the participants.”

She added, “Thank you to all the participants — I’m very happy about the turnout. This is the first time it reached 150 participants.”