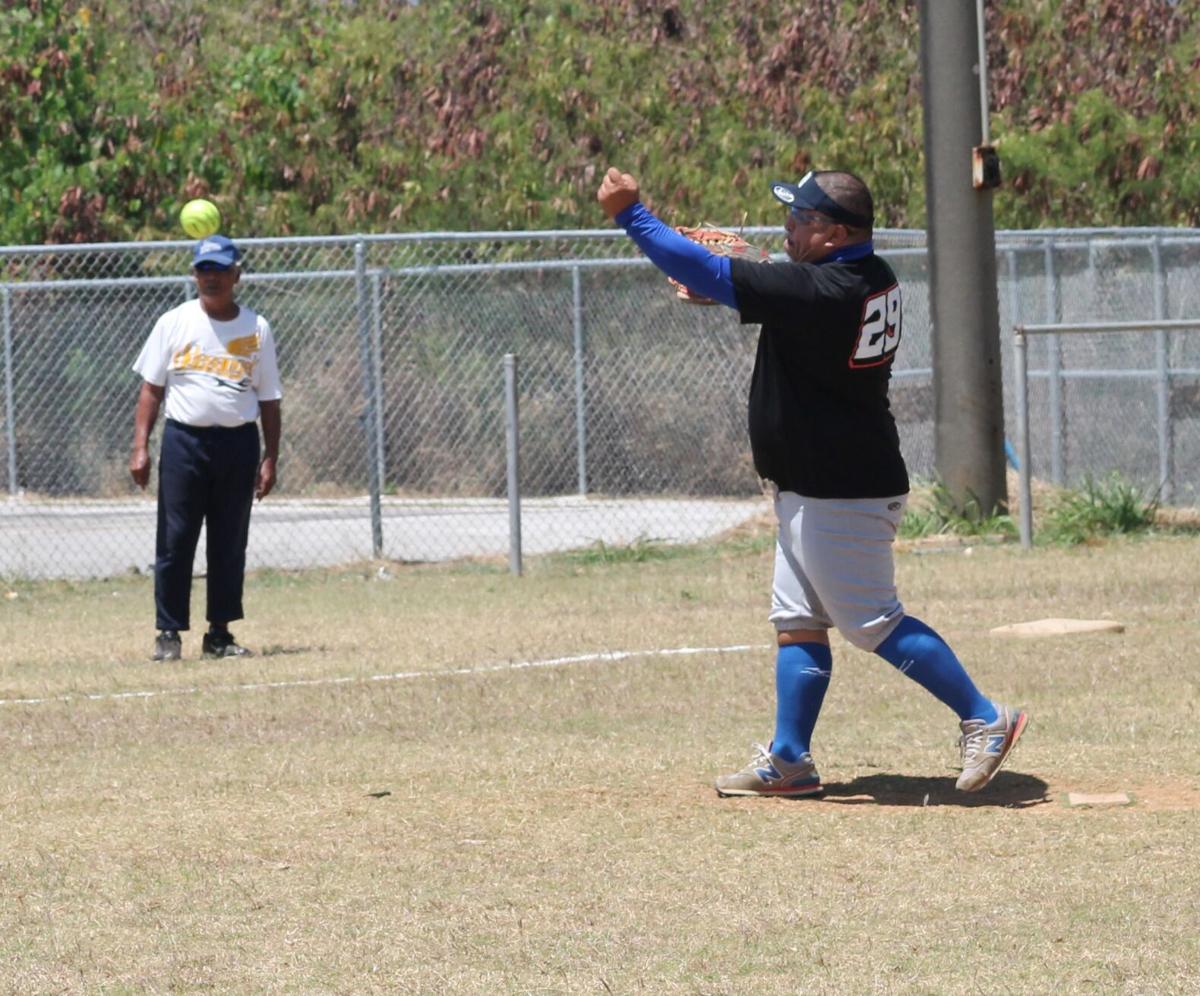 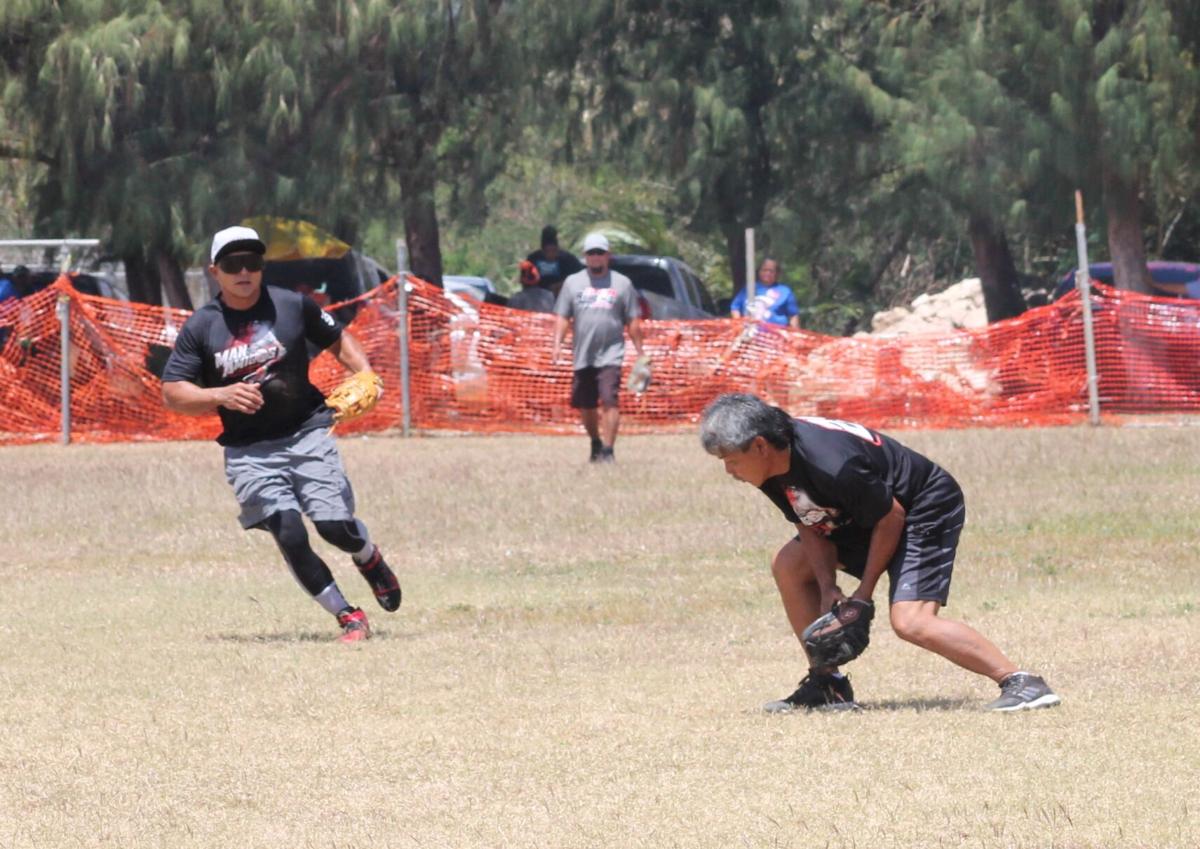 The Man Amigos' second baseman Bill A. catches the grounder during a Belau Amateur Softball League game at the Dandan baseball field.

The Man Amigos' second baseman Bill A. catches the grounder during a Belau Amateur Softball League game at the Dandan baseball field.

THE Man Amigos have locked in a spot in the championship of the Belau Amateur Softball League after beating the Redmen in a hard fought seven-inning game Sunday, May 30, at the Dandan baseball field.

The Redmen were the first to take the batter's box as they quickly found their stroke and filled the bases.

Jaime was the first to reach home plate thanks to Greg's successful hit. Greg then reached home as Mike not only earned an RBI, but caused the Man Amigos to commit an error, allowing Mark to run home and give the Redmen the lead, 3-0.

But the Man Amigos did not let the score get into their heads as they remained focused and determined. Soon, their powerhouse players Eric, Peter and Manny made their presence known with a homerun each. Eric highlighted the rally with a two-run homer as the Man Amigos took the lead, 4-3.

In the second inning, both teams showcased their defensive prowess, but at the top of the third, the  Redmen managed to regain momentum by scoring four runs.

Jun rekindled the flames with an RBI double while JD followed up with a homer to bring Jun home. The Man Amigos could only score one run as the Redmen took the lead once again, 7-5.

The Man Amigos then launched their offensive with  Bill notching a single homer followed by Jess and Eric earning an RBI as their team seized the lead once again, 10-7.

The Redmen continued to give it their all, squeezing a few more runs throughout the last three innings, but the Man Amigos also continued to score.

In the seventh and final inning, the Redmen could add three more runs only before the Man Amigos claimed the three outs needed to triumph, 15-12.

With this victory, the Man Amigos have barged into the championship and will face the winner of the semi-final game between SUFA and PeLeLiu.