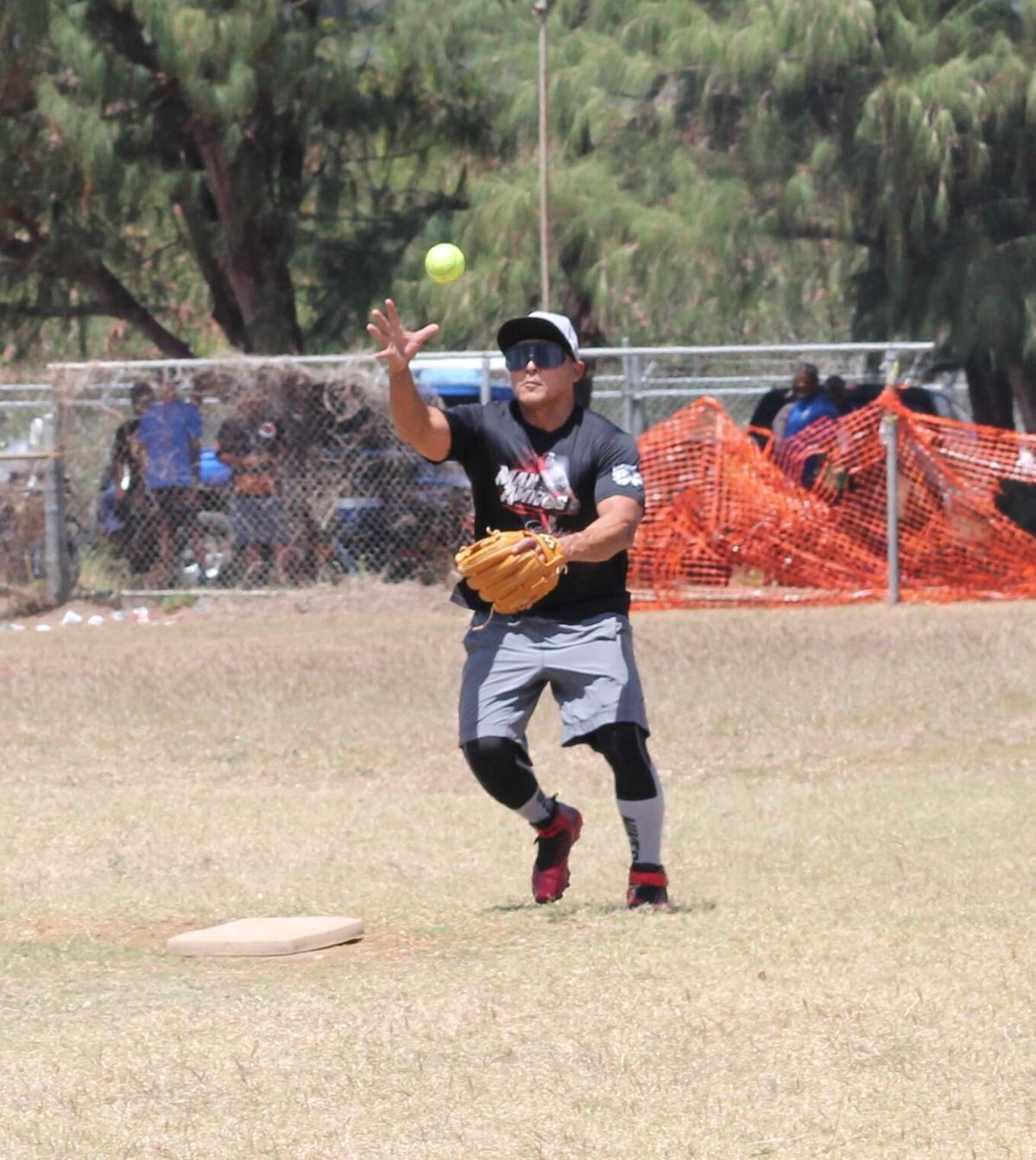 Man Amigos second baseman Bill A. reaches out for the catch during a Belau Amateur Softball League game, Sunday, at the Dandan baseball field. 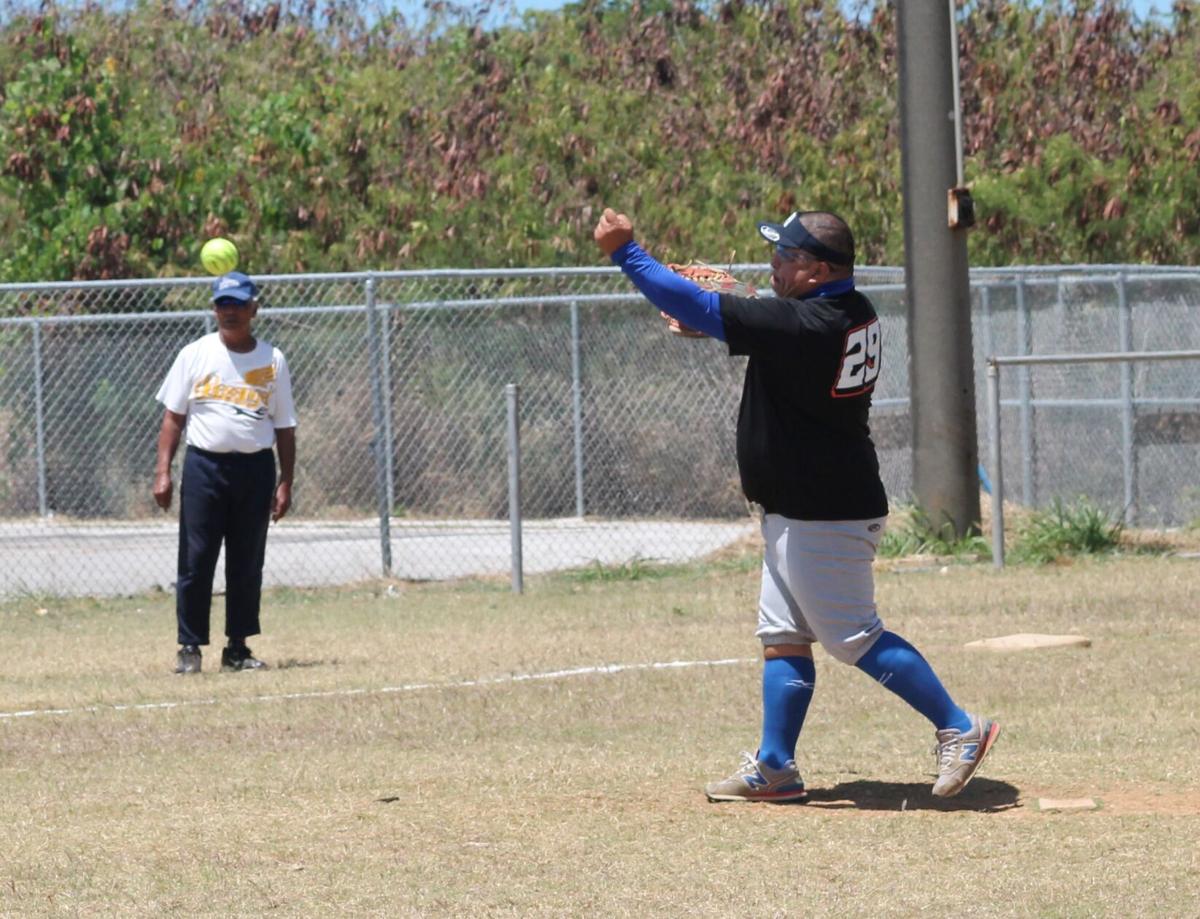 Man Amigos second baseman Bill A. reaches out for the catch during a Belau Amateur Softball League game, Sunday, at the Dandan baseball field.

THE Man Amigos continue to show why they are the number one team in the Belau Amateur Softball League after earning their 10th win via the mercy rule on Sunday at the Dandan baseball field.

Against PeLeLiu, the Man Amigos scored 12 runs in the very first inning.

Alvin and Eric filled two bases followed by a three-run homer delivered by Pete Sablan. But the Man Amigos did not stop there as two more homeruns were made by Joey Dela Cruz and Manny to extend their lead, 5-0, before the PeLeLiu players could grab their first out.

However, that did not stop the Man Amigos from their scoring spree as they added seven more runs with Jun, Alvin and Eric earning an RBI each while Pete Sablan fired his second home run of the inning before PeLeLiu finally stopped the bleeding.

The PeLeLiu players improved their defensive awareness in the second inning by holding the Man Amigos to just three runs.

But the Man Amigos gathered three more runs with Joey Dela Cruz and Manny each connecting a home run.

The Man Amigos scored one more run in the 4th inning and PeLeLiu replied  with one run which wasn’t enough to prevent the mercy rule from taking effect. The game ended with the Man Amigos triumphant, 19-5.

Joining the winner's circle were the Red Men who stunned Mommy Charu 11-3.

Although Mommy Charu drew first blood with a single run  from Kalle who earned an RBI single, the Red Men returned fire with four runs courtesy of Jason's two-run homer and John and Joe's RBI singles.

Mommy Charu still had a chance  to stay alive, chipping in one more run in the top of the second inning, but the Red Men regained the distance in the fifth inning with four runs thanks to Greg's grandslam for a 9-2 lead.

Despite Mommy Charu scoring another run in the bottom of the fifth inning, the Red Men notched two in the seventh and final inning to seal the deal 11-3.