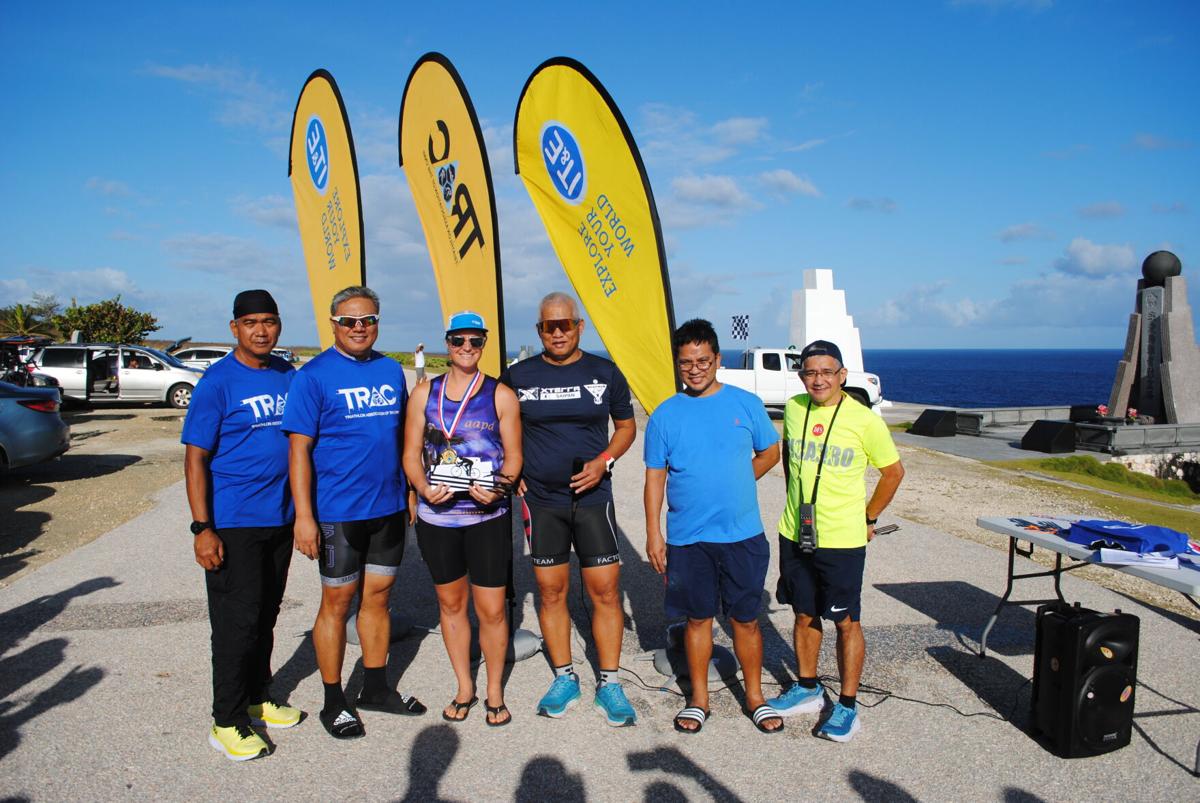 Kate Wilson, 3rd left, smiles as she holds the 1st place award while posing for a photo with officials of the Triathlon Association of the CNMI at the conclusion of the 6th Saipan Duathlon on Saturday at Banzai Cliff. 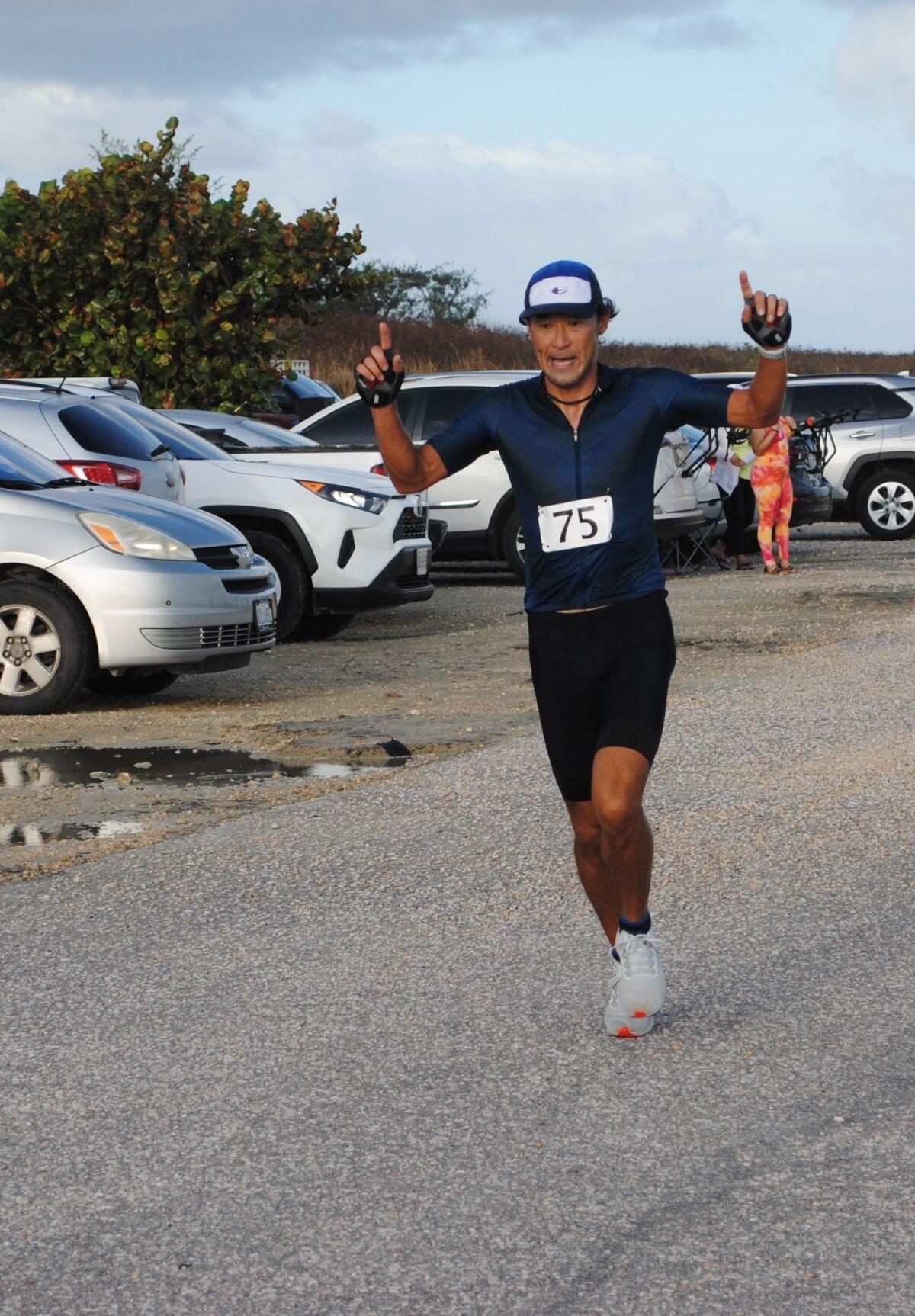 Michiteru Mita celebrates as he crosses the finish line of the 6th Saipan Duathlon in first place, Saturday, at Banzai Cliff.

In the men's division, Michiteru Mita took on the 27.5-kilometer challenge by clearing the first leg of the race which was a 5km run toward the northern end of the island and back before transitioning to the biking phase from Banzai Cliff to Seafix and back. He then had to run for another 2.5km to complete the race with a time of 01:10:05.

“First of all, I want to express my appreciation to the organizers who were able to do this for the community during a pandemic, and secondly, I want to thank all the participants as they also encouraged me to join the race,” said the 46-year-old CNMI national soccer coach.

“This is very good for the community — we have to keep pushing everyone to train while having fun,” he added.

He said the best part of the race was the bike portion. “Biking is more fun because recently I had an injury. And during my injury I trained a lot on the bike.”

When asked why he chose the solo event, he answered, “I wanted to test myself. It’s also for the boys and girls of the CNMI soccer national team.”

He said the players are joining different local sports events “so I wanted to return the favor  as their coach.”

Norlo Jacosalem who crossed the finish line in second place in the men’s division with a time of 01:15:10 was followed by Arvin Velasco in third place who clocked  01:15:57.

‘It was really fun’

In the women's division, Kate Wilson took the number one spot with a finish time of 01:14:36. The 32-year-old from Seattle blew through the course and finished second overall.

“It was really fun,” she told Variety. “It was pretty windy but there were nice hills….”

It was the first time she participated in a duathlon. “I think I'm better at biking than running. Getting off the bike and running a second time, your legs feel pretty dead. I'm glad I made it!”

Finishing second in the women’s division was Ayano Braxton who completed the course at 01:18:07 while Kaithlyn Chavez came in third with a time of 01:19:32.