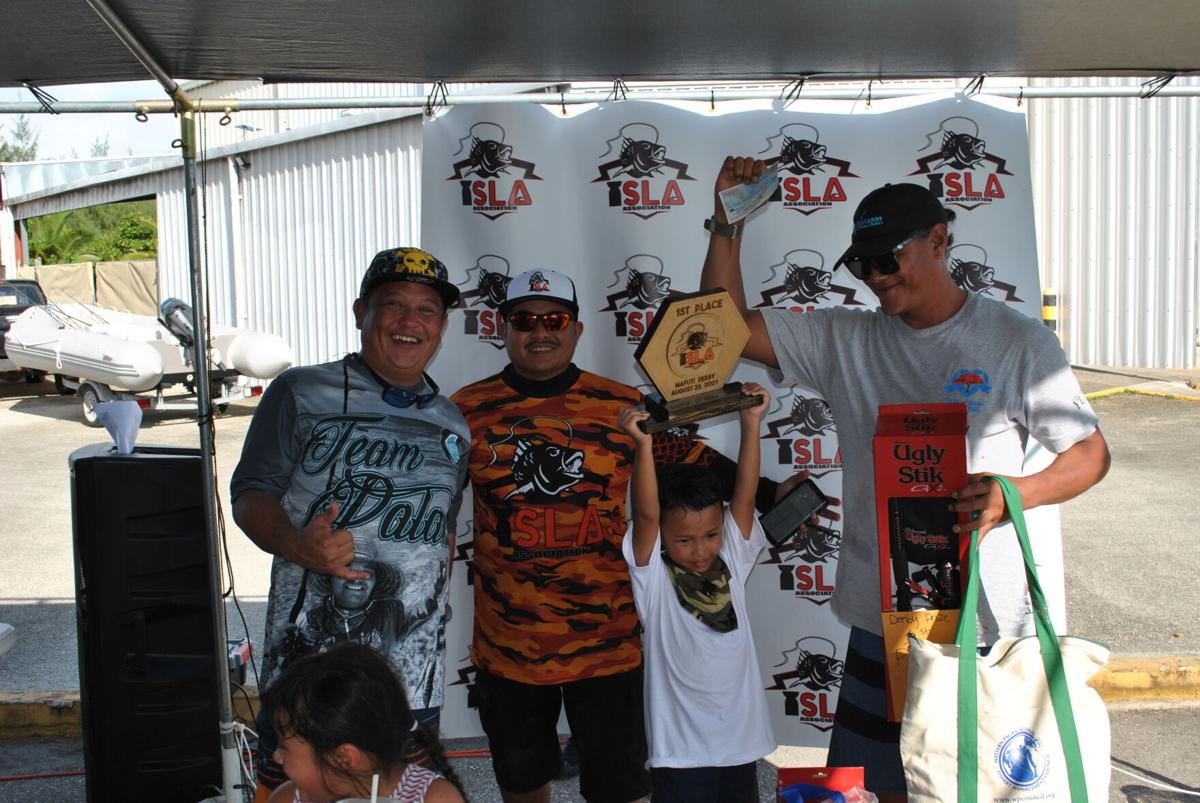 Ed Diaz, right, and his son pose for a photo with ISLA president JD Tenorio and VP Ross Arriola after winning the ISLA Mafuti Derby on Saturday at  Smiling Cove Marina. 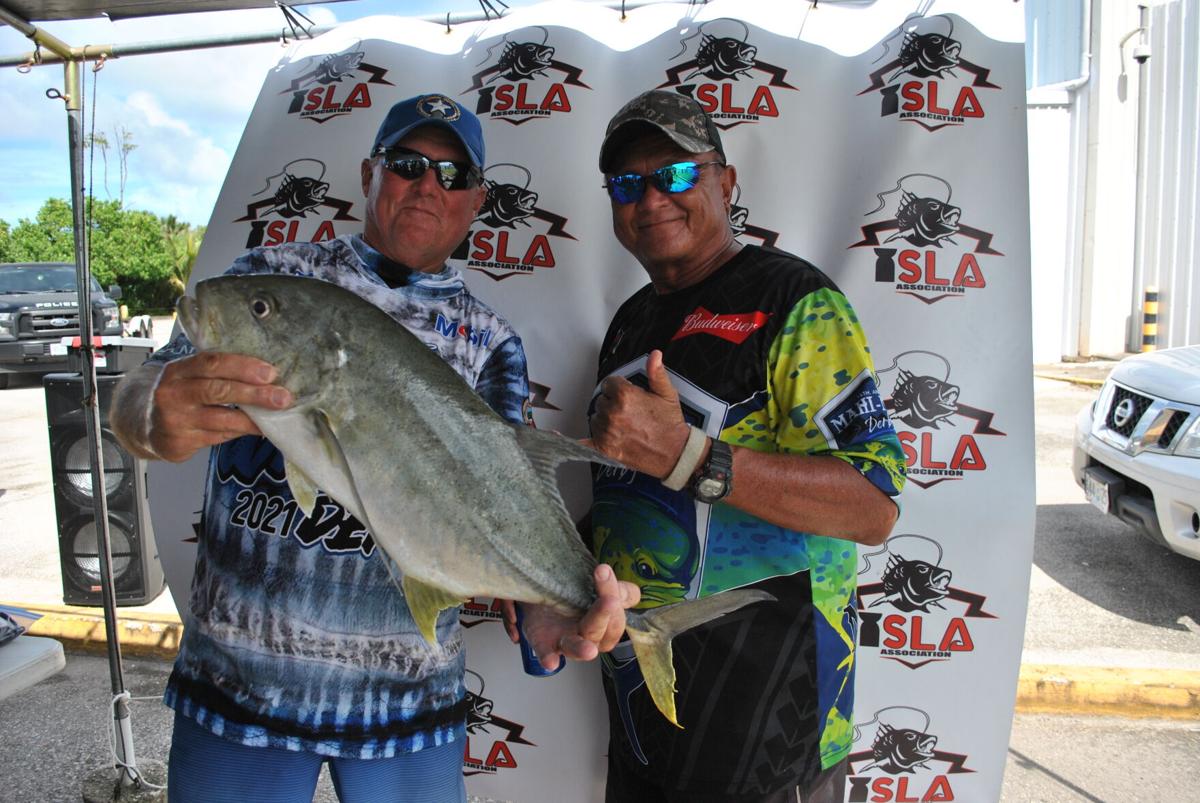 The Bradda Boys pose with their 7.55 lbs tarakito which won the derby side bet.

Ed Diaz, right, and his son pose for a photo with ISLA president JD Tenorio and VP Ross Arriola after winning the ISLA Mafuti Derby on Saturday at  Smiling Cove Marina.

The Bradda Boys pose with their 7.55 lbs tarakito which won the derby side bet.

THE boat Nibbler, captained by Ed Diaz with his young son as one of the crewmembers, notched a three-peat after winning the 2021 I Sanhalom Laguna Anglers Association or ISLA Mafuti Derby on Saturday at Smiling Cove Marina.

This year, Nibbler reeled in an emperor fish weighing 7 lbs to take home the $1,000 cash prize and a trophy.

Nibbler also topped the 2018 and 2019 derbies. Last year’s event, however, was canceled due to the Covid-19 pandemic.

As for this year’s competition, Diaz said “it was kind of hard —  we went out late today. The fish weren't biting so we went north and still no luck, so we went south. It was kind of funny because when I put down my reel and turned to mix my chew, the rod started moving. Then when I picked up the rod, it was stuck on the rod holder and I had to pull it up…. My father-in-law [also] pulled the line and so we got the fish.”

Diaz said years of fishing have taught him  “techniques to lure in the fish.” But, he added, “they’re kind of a secret so if I tell that secret I won't be able to catch fish anymore,” Diaz said in jest.

In second place was R.J. captained by George Moses. He and his crew reeled in a 3.75 lbs mafuti for which they received a $700 cash prize.

For their part, Scotty Schular and the crew of Bradda Boys claimed the $1,479 side bet by hauling in a 7.55 lbs tarakito.

A total of 65 boats entered this year’s derby, the most in ISLA history.

“Everyone can catch a mafuti but can you catch the biggest mafuti?” ISLA vice president Ross Arriola asked. “I would say that the lagoon derby is much more challenging to a fisherman because you have a time limit and limited space.”

The 2021 derby was dedicated  to the late Mike “Palaksi” Sablan Jr. who led ISLA as a non-profit organization. He passed away last year.

ISLA was formed in the early 2000's by Palaksi, Kelvin Duenas and John Diaz who decided to hold a derby for small boats.

When ISLA was revived in 2018, it organized a Mafuti Derby which was also staged in the following year.

But 2020 was a difficult year, Arriola said. “ISLA got through rough waters not just with the pandemic but with the passing of Mike as well. It was really hard for ISLA. We ended up not having an event last year, and we needed time to heal, and time to mourn. Fortunately some of our members stepped up, took the helm to provide this derby today. This is a tribute to Mike and his family,” Arriola added.

“Mike was a kind soul and he was all about fishing, family and good vibes,” ISLA president J.D. Tenorio said. “We are honored and happy to dedicate this tournament to him and we look forward to carrying on the legacy that he left behind, and hopefully he is smiling down on us.”