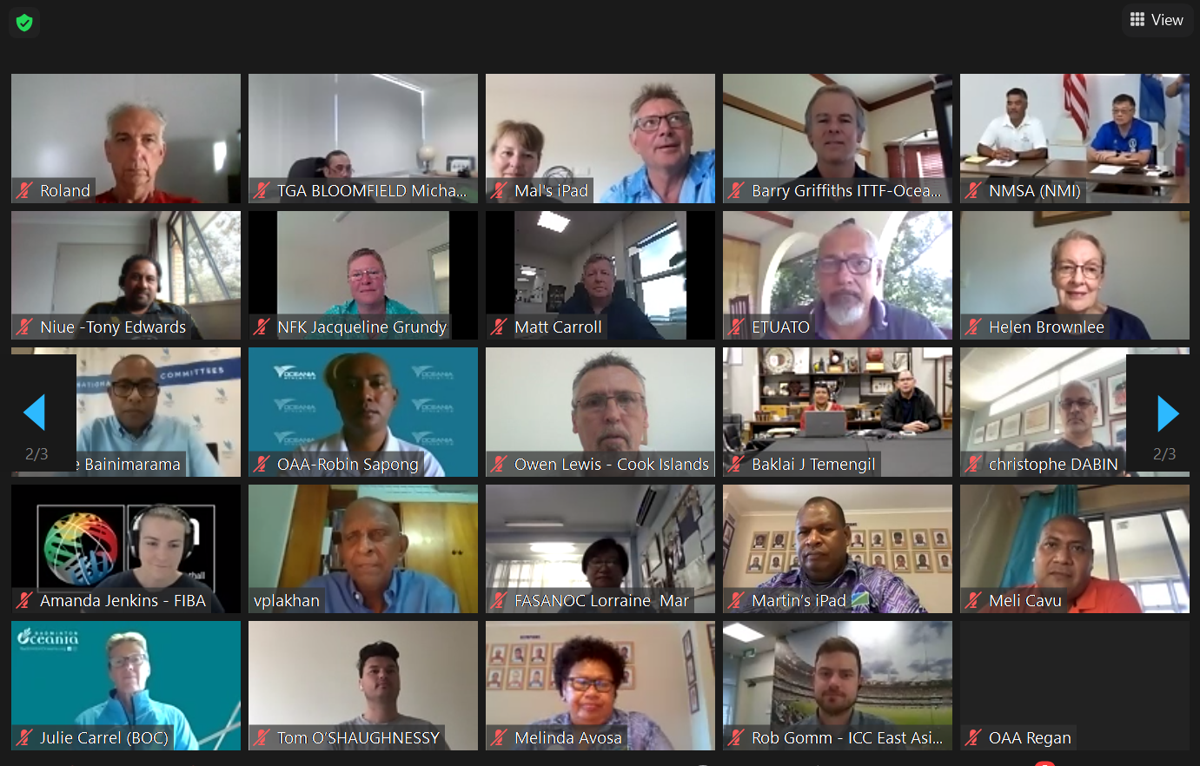 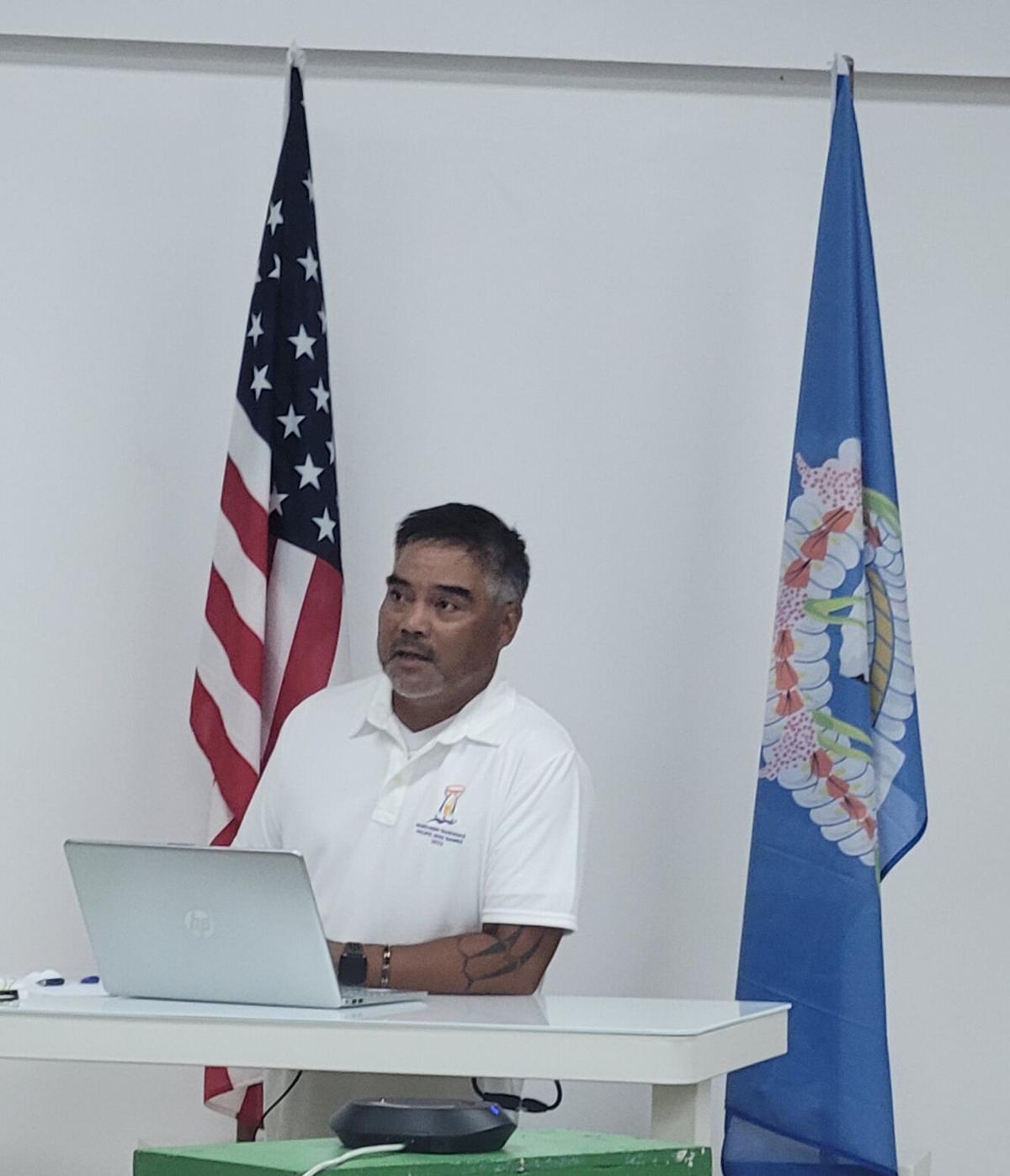 NMPMG 2022 Games Organizing Committee chair Marco Peter presented the updates, including safety measures that the CNMI will be implementing for the Games to be held on Saipan from June 17 to 25. Gov. Ralph DLG Torres also addressed the assembly, reiterating the CNMI’s commitment to hosting a successful competition.

Torres noted how the islands’ facilities sustained damage from Super Typhoon Yutu in 2018, making it tough for the CNMI to host a big event such as the NMPMG 2022. Then came the Covid-19 pandemic last year, making it even more challenging to bring the Games here for the first time.

“However, we are resilient people. We want to hold the Pacific Mini Games, do it for our children, who want to be athletes one day. We want do this for our athletes, who train their whole lives to one day compete in this kind of event.  We want to do it for our Marianas to showcase our culture in the Pacific,” said Torres.

Next year’s Games, according to Peter, will be the first one to have the Athletes Village in a hotel. Grandvrio Resort has been designated as the Athletes Village, as the NMPMG 2022 Games Organizing Committee decided that, at this time of the pandemic, it would be safer and more convenient for everyone to be housed in a hotel instead of the traditional accommodations in schools. He also identified the venues for the nine sports with athletics to take place at the Oleai Sports Complex track and field facility; badminton at the Gilbert C. Ada Gymnasium; baseball at the Francisco “Tan Ko” Palacios Ballfield; beach volleyball at Crowne Plaza Resort on Saipan and Jones Beach on Tinian; golf at Coral Ocean Golf Resort; tennis at  American Memorial Park and Pacific Islands Club Courts; triathlon at the Marina Harbor on Rota; va’a at the 13 Fishermen Memorial Monument; and weightlifting at the Marianas High School Gymnasium.

The NMPMG Games Organizing Committee chair added that the Games will operate under the Covid-19 safety guidelines, requiring only vaccinated athletes and officials to enter the CNMI and possibly undergo a 5-day quarantine.

“Safety is our No. 1 priority. We will welcome you all with vaccinated arms and masks on,” Peter said.

A chef de mission briefing will be held virtually on Dec. 17 with the NMPMG Games Organizing Committee providing the 21 countries that have confirmed their participation to the Games more information on facilities, accommodations and transportation, vaccination, travel to Rota and Tinian; and arrival and departure dates.

Pacific Games Council president Vidhya Lakhan of Fiji said they are pleased with the developments in the NMI’s preparations for the Mini Games.

“We are pleased with the progress of the organizing committee and for making alternative arrangements and finding out how to get things done. We are also pleased to hear the support you are getting from your government,” Lakhan said. “Continue the good work. We will see you on Saipan.”

The PGC president said that they are planning to visit the NMI next year to evaluate the facilities for the Games and have further discussions on the Covid-19 protocols.

“On behalf of the NMSA board, we would like to congratulate president Vidhya Lakhan and other officers of the PGC Executive Board. We look forward to continue working with you as the NMSA joins the region’s efforts in promoting sports excellence and building stronger relationships among the Pacific nations,” Tan said.

Lakhan ran for the PGC’s top position unopposed along with vice president for marketing Diane Bui-Duyet of New Caledonia, VP for audit and finance Tamzin Wardley of Papua New Guinea, and Athletes’ Representative Ryan Pini of PNG, while Nauru’s Marcus Stephen was the victor over Tuvalu’s Naibae Kitiseni for the VP for sport election.

The NMSA also congratulated Tahiti, which won the bid for the hosting of the 2027 Pacific Games, defeating Vanuatu. It will be the third time that Tahiti will host the quadrennial event with the first one held in 1971 and the second in 1999.

Do you agree that the CNMI must re-impose a curfew, travel restrictions and other strict Covid-19 safety measures?