The women of the NMI Football Association pose with special guests during the celebration of the Asian Football Confederation’s Women's Football Day 2021 at the NMI Soccer Training Center on Saturday. 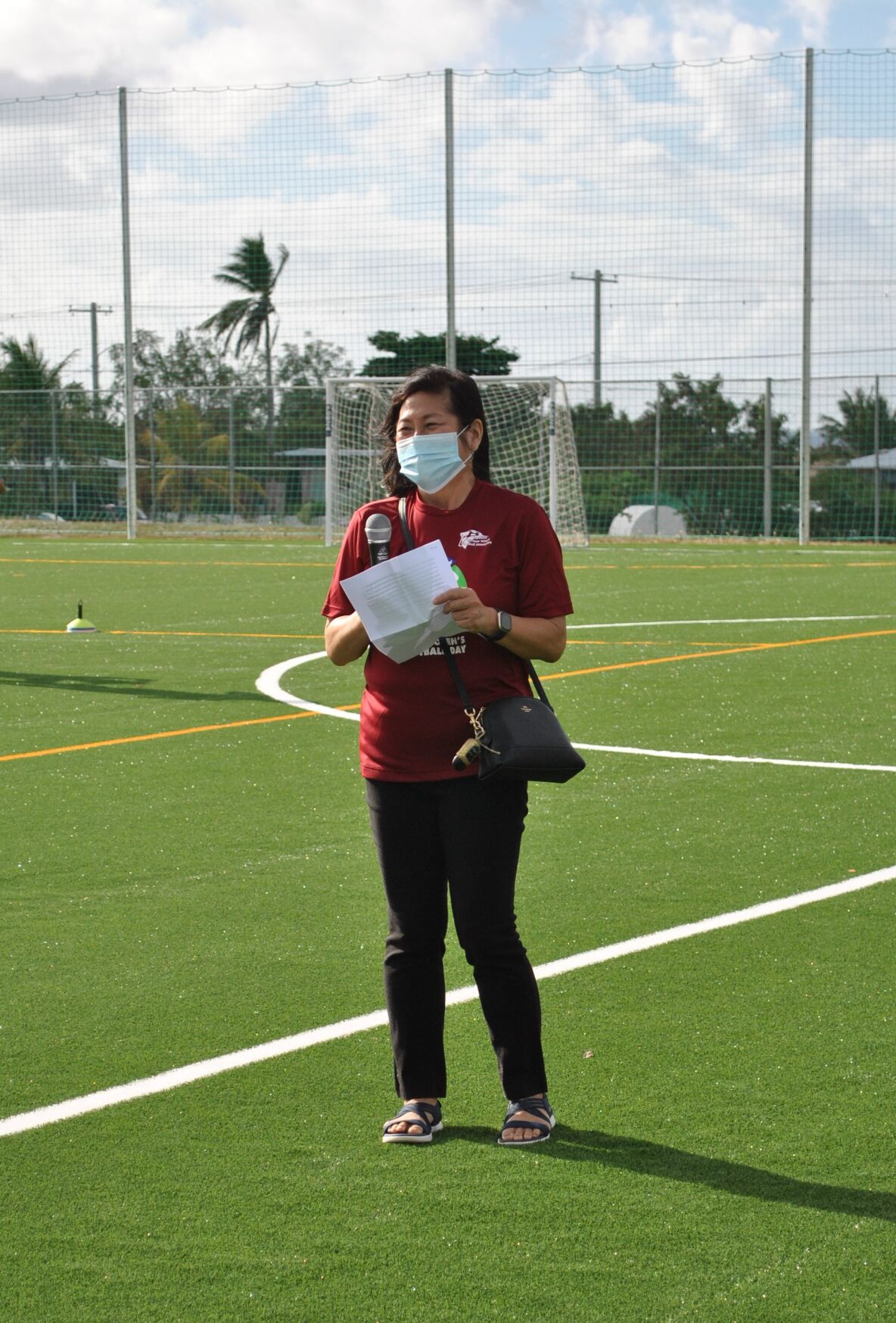 The women of the NMI Football Association pose with special guests during the celebration of the Asian Football Confederation’s Women's Football Day 2021 at the NMI Soccer Training Center on Saturday.

Afterward, a ceremony was held to honor the women's soccer program while special guests participated in soccer drills and exhibition games. Some of the guests played soccer for the very first time.

“We are very lucky as AFC is one of the premier confederations dedicated to showcase and promote women's football,” stated NMIFA vice president Vicky Izuka in her remarks.

“Our goal,” she added, “is to encourage women of all ages to participate in the beautiful sport of football. More specifically, on this day, we look to empower women and girls, encourage each other to rise to the challenge and tell everyone that it's our game.”

The NMIFA led by Jerry Tan has come a long way in its 16-year history and has consistently supported women’s football, Izuka said.

“The women's football program began with many [women] and soccer moms tirelessly nurturing interest and developing the initial women's bootcamp and women's league,” she added.

The establishment of the Saipan Soccer School and travels to Hong Kong for training sessions with the Chelsea Football Club led to the creation of the women’s national team and the certification of local women coaches, Izuka said.

“I'm proud to say we now have AFC licensed female coaches on staff and they, in turn, are training our current and future women’s national players, some of whom, within the past five years, have been able to continue their soccer development in colleges in the mainland U.S. We still have a long way to go to continue introducing more girls and women to the beautiful sport but we are so very proud of how far we have come in women’s football development and  we thank each and every one of our players, coaches, managers and supporters who have made this happen,” Izuka added.

NMIFA president Jerry Tan, for his part, said: “Not only do we have a strong, solid program, but I want to also share that even within the administration of the NMIFA, we have [female executive committee] members, Vicky and Cathy. In the international global arena, soccer is dominated by men by far. But what is unique about the NMIFA is the fact that we always give equal importance and support to our women's program and we actually see a lot of committed [women] step…to be among the leaders of the NMIFA for the last 16 years.”

Tan added,  “That's why it is not difficult to organize the annual Women's Football Day every March, because we actually have a solid program behind it. This is something I’m very proud to share and AFC is also very committed and proud of our program as well.”

“Women’s football in Asia has achieved incredible development over the past decade and the huge success could not be accomplished without the passion and hard work of women from difference parts of the continent.

“Coinciding with the International Women’s Day, the AFC Women’s Football Day underlines the AFC’s commitment to recognize and honor the dedication of the women in the sport.

“The AFC calls on everyone to join hands and pay tribute to women for their significant contributions in promoting and developing our great game.”