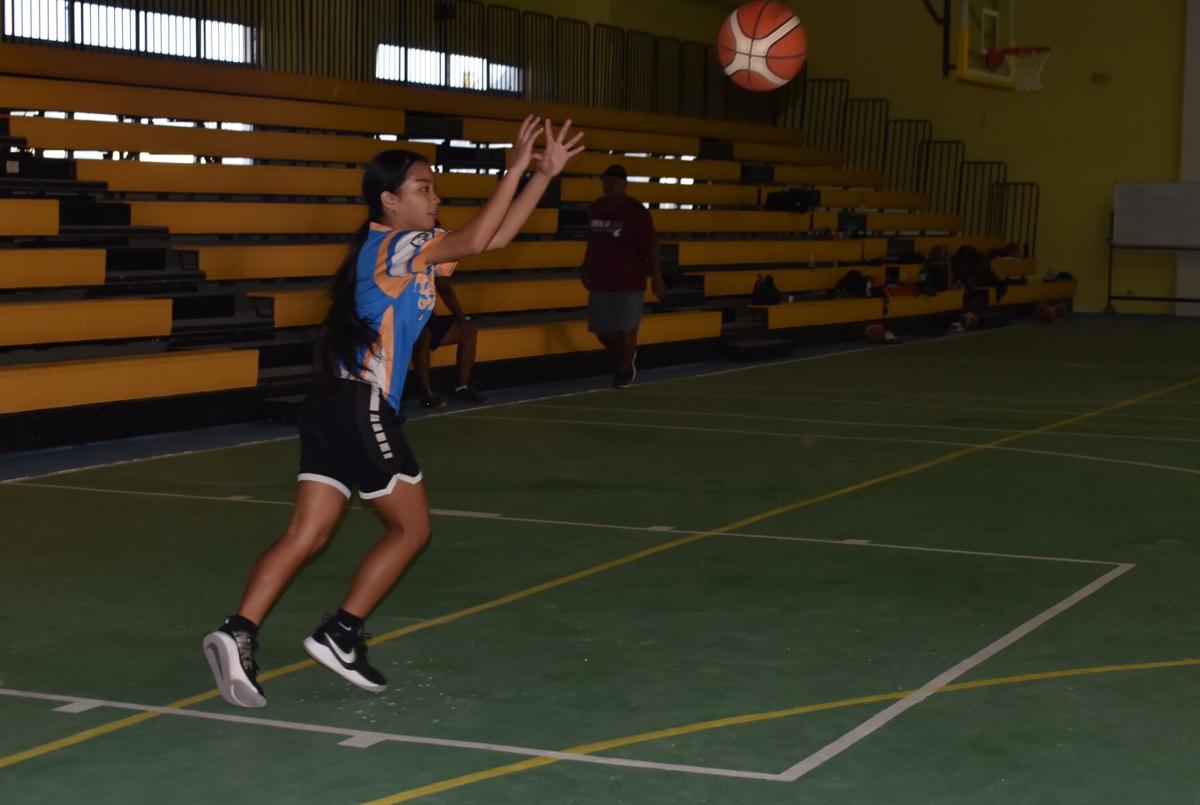 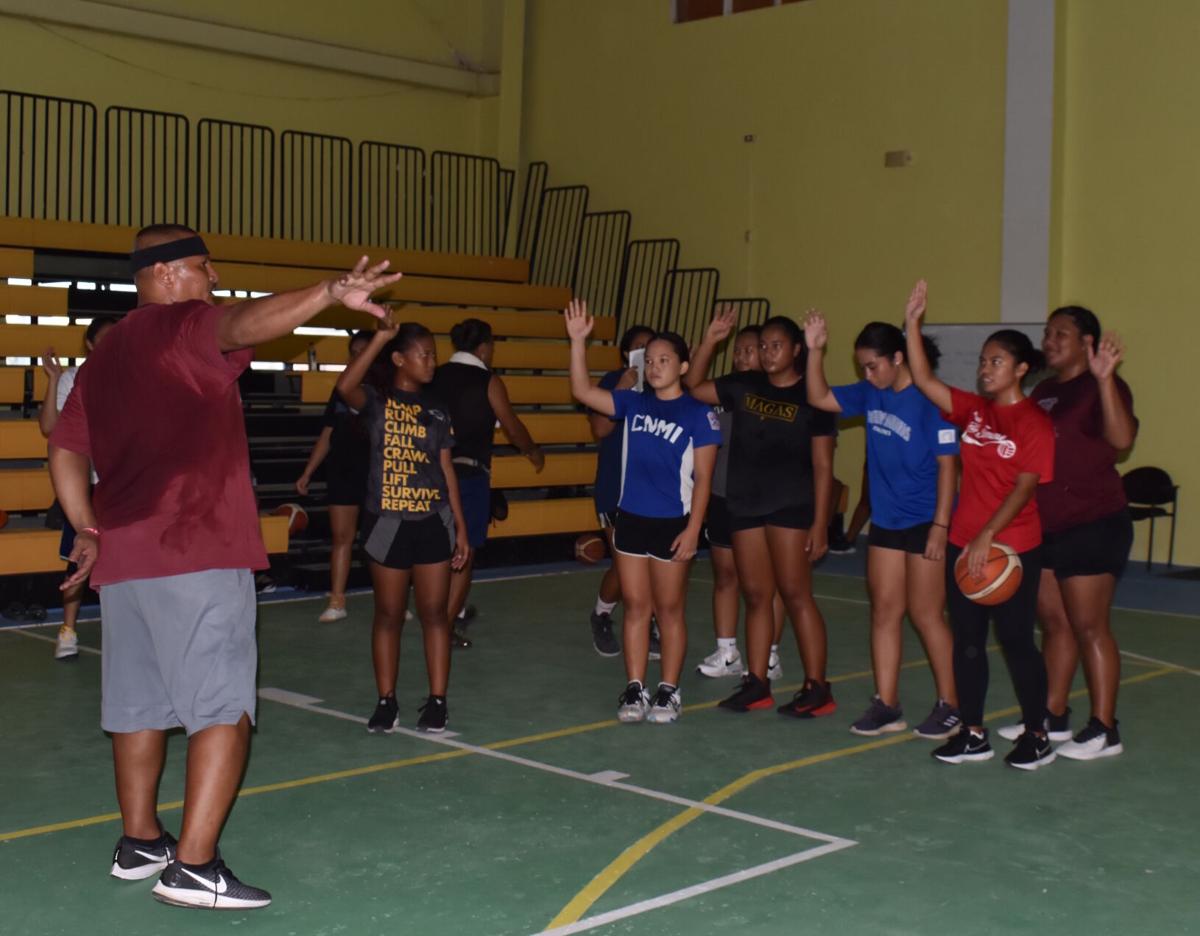 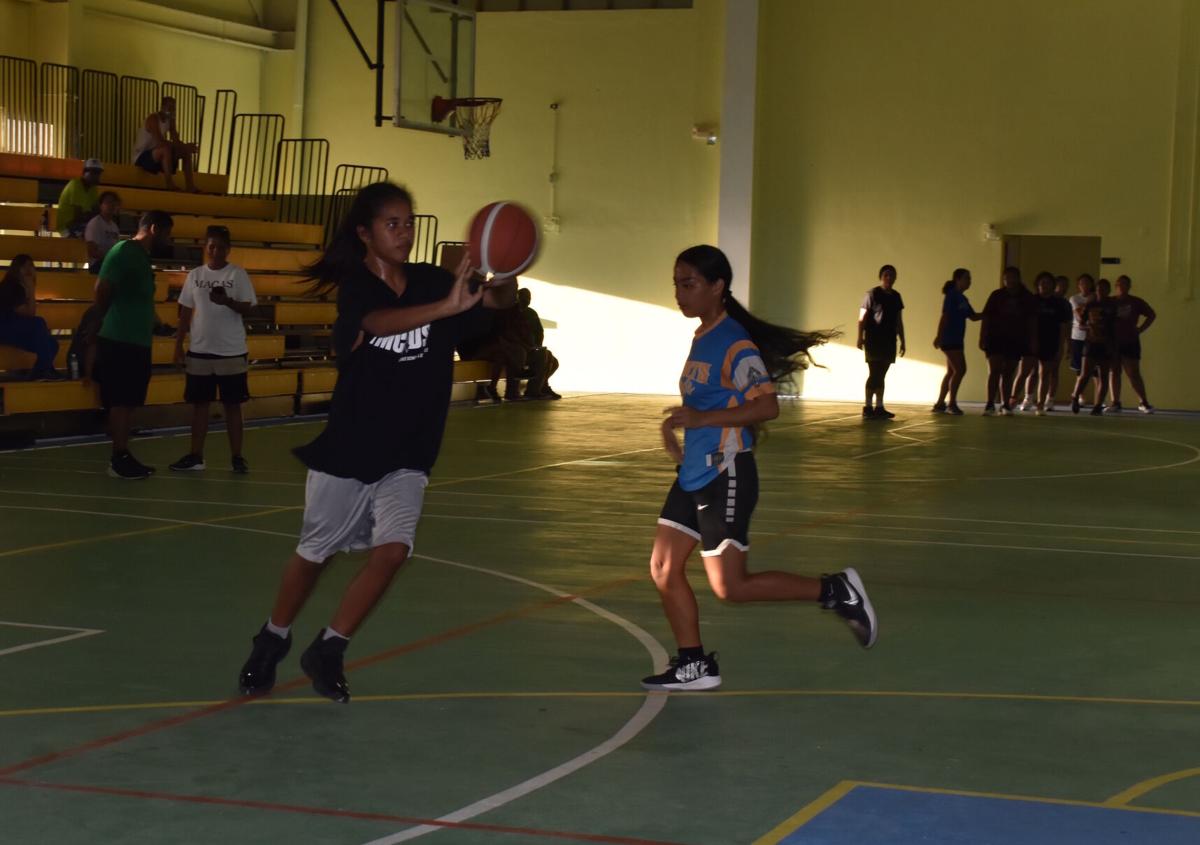 The women’s division tryouts drew players as young as 9 years old, while majority of the participants are high school students and together they worked on drills with former CNMI National Team members.

Fiona Bucalig of the Lady Rollers was among the young players trying out for the program and said she looks forward to learning a lot from veteran coaches and players and getting to the level that would allow her to potentially represent the CNMI in future competitions.

“Being on the younger side and trying out for the women’s national was of course nerve wracking, but all the coaches were super welcoming. It was great to see such a big group of girls coming out to play,” the 16-year-old said.

The men’s division also had a lot of youth ballers, making veteran player Preston Basa excited about the future of the program.

“It is great to see many of our younger athletes come out as they are the future of our program and I am excited to be able to work alongside them throughout the process,” said Basa after joining the first day of the tryout.

“A great number of ballers came out tonight, but I believe that there are still a number of ballers out there that did not show up. There are many players with a variety of skill level and ability. I look forward to continue developing and growing with those that show up and contribute in any way that I can for the growth of our national program. Basketball is back!” the former national player added.

Many-time national coach and now NMIBF development director Elias Rangamar conducted the tryouts for both men’s and women’s divisions and was assisted by Freddie Litulumar, Connie Camacho, and John Santos, who are also trying out for the coaching posts.

Rangamar said the tryouts will be a work in progress, but he is happy with a lot of newcomers showing up in last Tuesday’s event.

“A lot of young upcoming talent. A lot of energy and enthusiasm from both the men’s and women’s groups. We still have about a month a half away from making the first cut but judging from the turnout, we'll be lacking height and experience but in return we'll be getting speed and energy which will likely determine the style of game and system to instill with the teams,” Rangamar said.

The NMIBF, under the leadership of former national player James Lee, designed the national program to provide the islands a steady and deep pool of players that would suit up for the Commonwealth in several competitions, not just for next year’s Micronesian Games in the Marshall Islands.

“Ultimately, the long-term goal is to have a year-round program for continuity and not just to assemble a team when there’s a tournament coming up. We are working on a structured national program that we can eventually break down into different age groups and have respective coaches for them,” Lee said.

“This great turnout is definitely a good start for the tryouts and we would like to invite other players and coaches to be part in the development of our national program,” the NMIBF president added.

For more information about the tryouts, email nmibasketballfederation@gmail.com or leave a message on the NMIBF’s Facebook page.