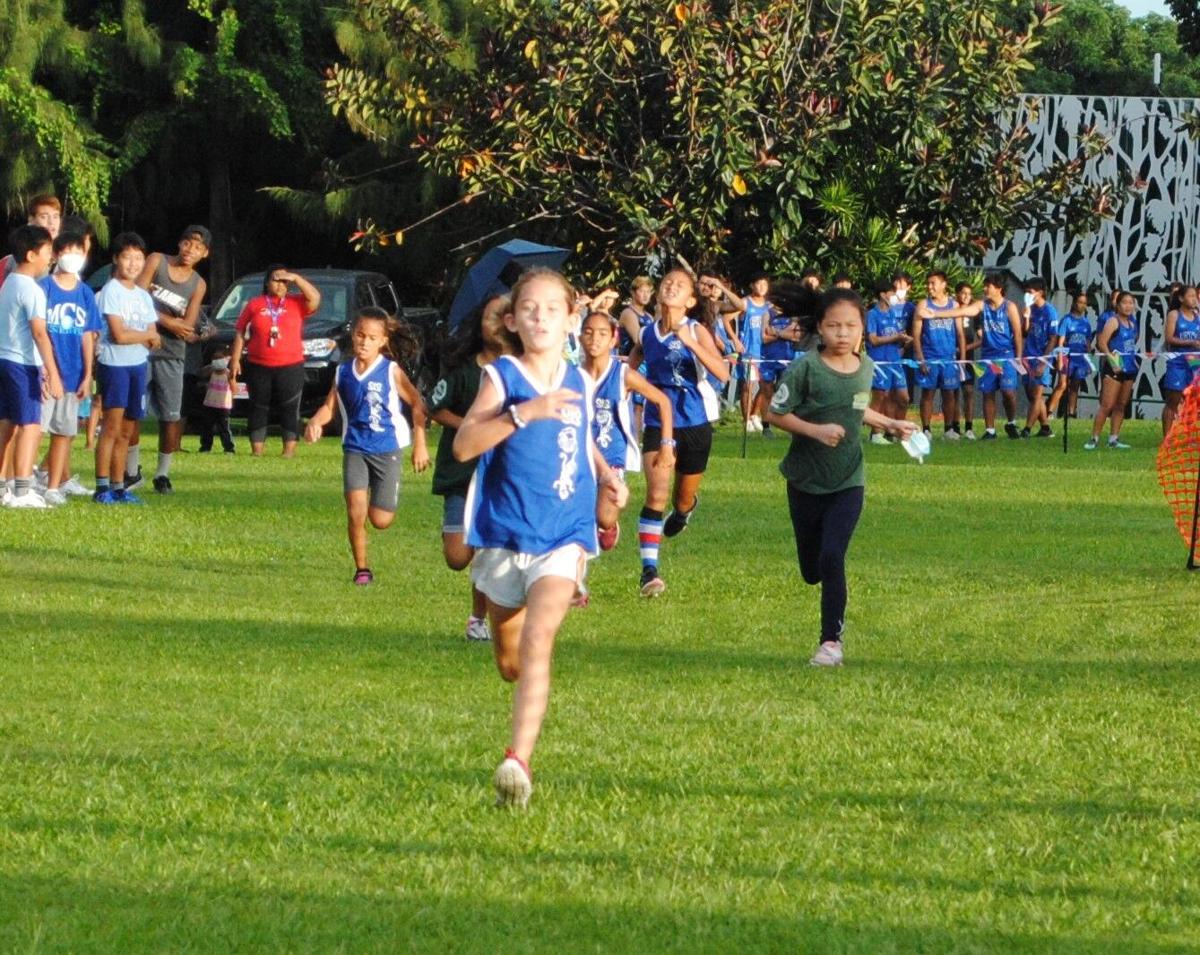 Middle school and high school runners take off  at the start of the PSS-NMA Cross Country Series  third qualifier Saturday at the Saipan Vegas Country Club.

Middle school and high school runners take off  at the start of the PSS-NMA Cross Country Series  third qualifier Saturday at the Saipan Vegas Country Club.

In the middle school girls division, SIS held the top spot with a total of 12 points.

Under the rules, the team with the lowest score wins.

Saipan Community School’s Abbie Kim finished first with a time of 00:12.22. However, with only two runners participating in a team-based event, SCS did not earn the points needed to get on the board.

Second in the standings with a total of 26 points is Grace Christian Academy which is the only other team with enough runners to be deemed eligible.

In the middle school boys division, Grace Christian Academy holds the top spot in the team standings with a total of 20 points.

Marianas High School is in second place with a total of 27 points while SIS is third with 31 points.

In the elementary school girls division, SIS remains the team to beat with a total of 17 points.

In second place in the team standings is SCS with 38 points while GTC is third with 49 points.

In second and third places are GTC and WSR.