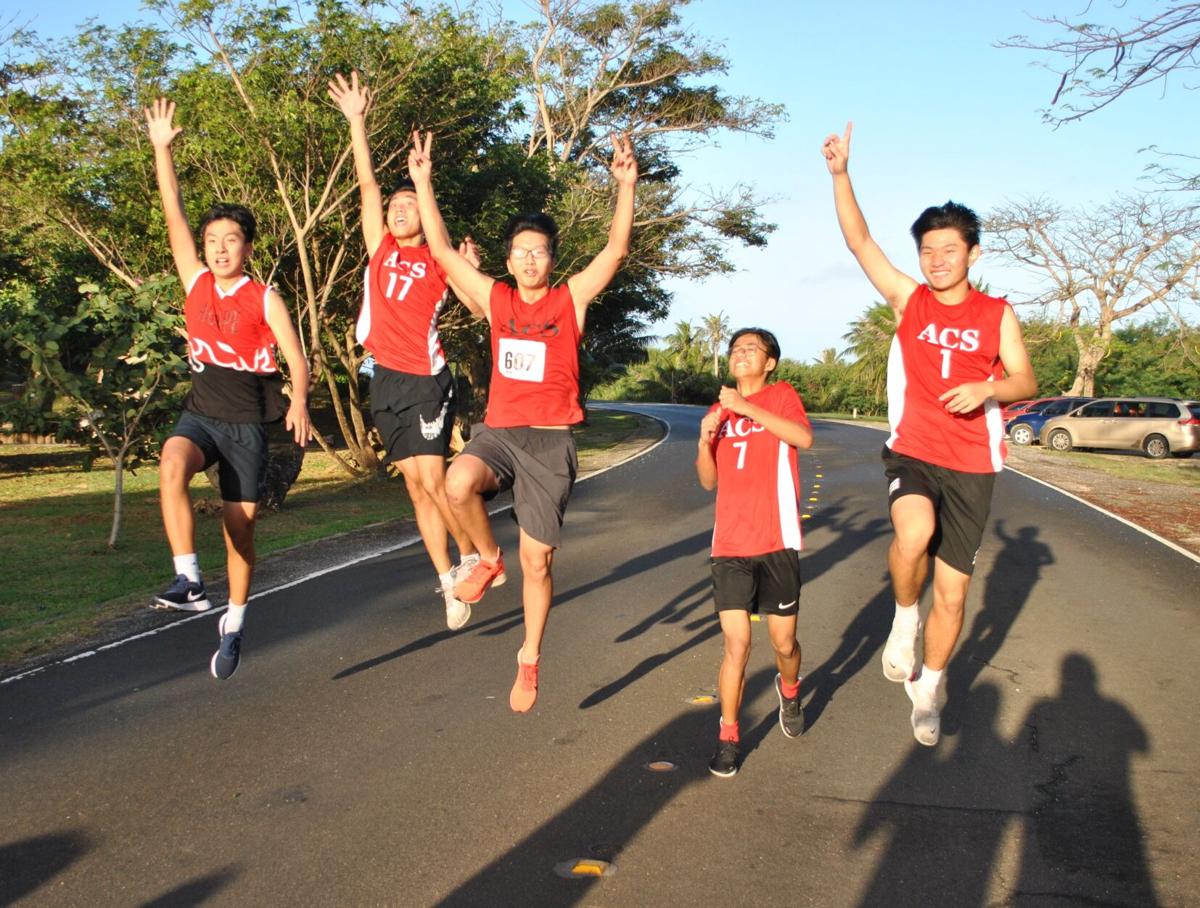 Members of Team Agape A jump in celebration of taking first place in the open mixed division of the 39th Annual Christmas Island Relay on Saturday. 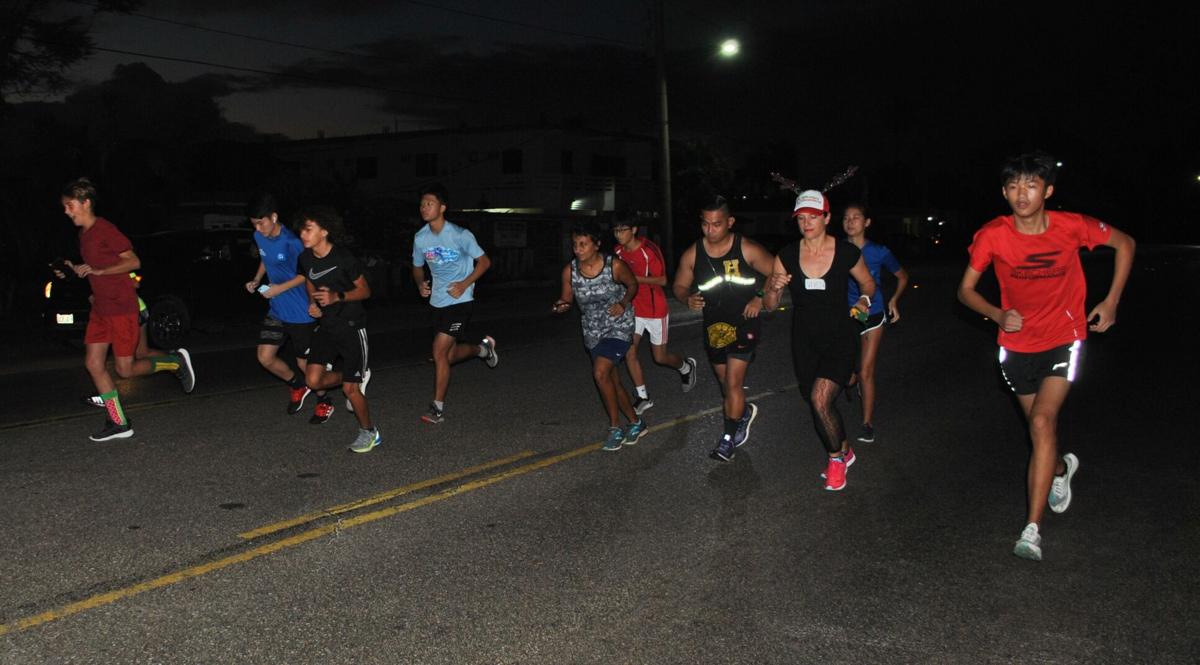 The youth mixed division runners take off at the start of the 39th Annual Christmas Island Relay at PIC on Saturday.

In the open mixed team division, Team Agape A clinched its sixth consecutive victory in the annual competition.

In the final leg of the race, the team members joined hands and celebrated as they crossed the finish line with a time of 01:25'38, one minute shy of breaking their old record set two years ago:  01:24'22.

Pastor Pang was happy with the results of his team stating, "It's very good. We have tried our best, but we will try again next year."

In third were Kaithlyn Chavez, Kohtaro Sangel Goto, Markus Toves, Jerald Aquino, and Akira Kadokura of Santa Youth with a time of 01:33'66.

The youth division had a staggered start due to social distancing protocols.

Race director Robin Sapong said it was “a very impressive performance by our youth teams despite a delay of four minutes and 55 seconds. All three teams managed to  finish in the top five. In addition, all three teams had  female runners."

Twenty-six teams participated. As part of its “greener road racing initiative,” Northern Marianas Athletics  re-used  race bibs. There were no paper plastic cups at the finish-line, no paper entries, and no paper results were printed.