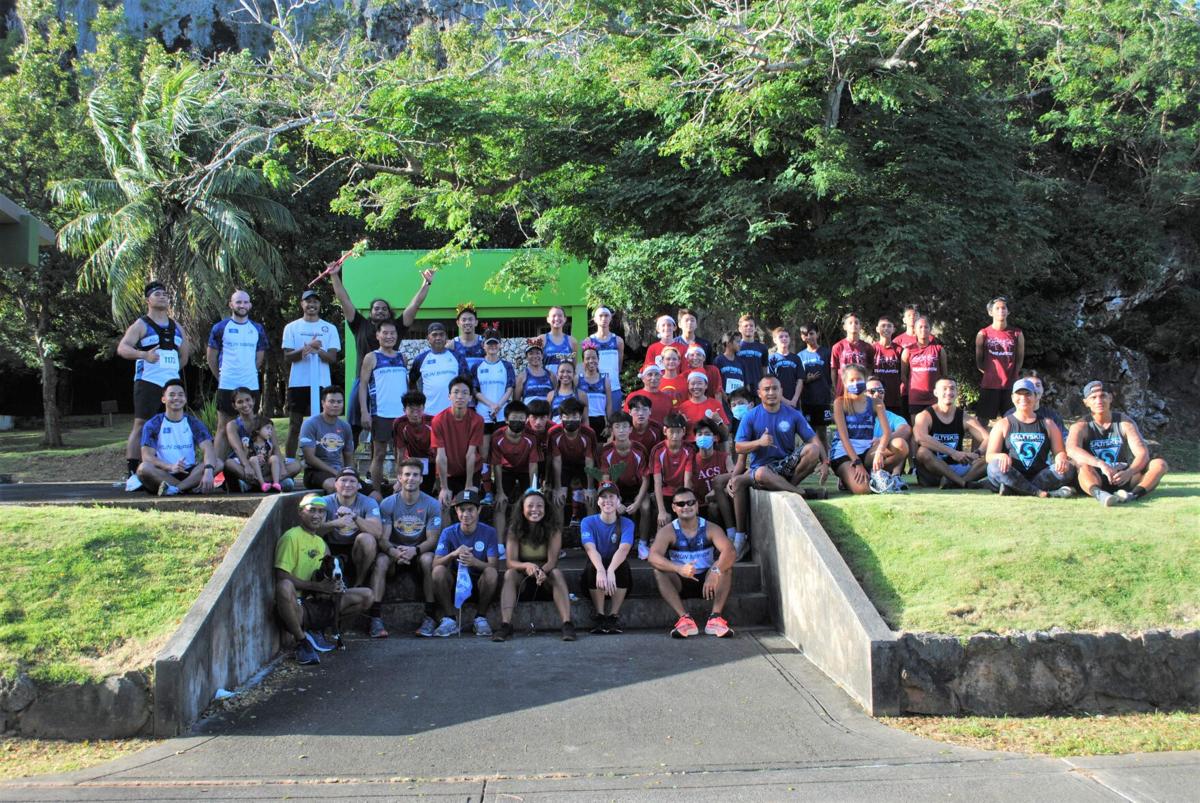 The participants of the 40th Annual Christmas Island Relay pose for a group photo at the Last Command Post in Marpi on Saturday. 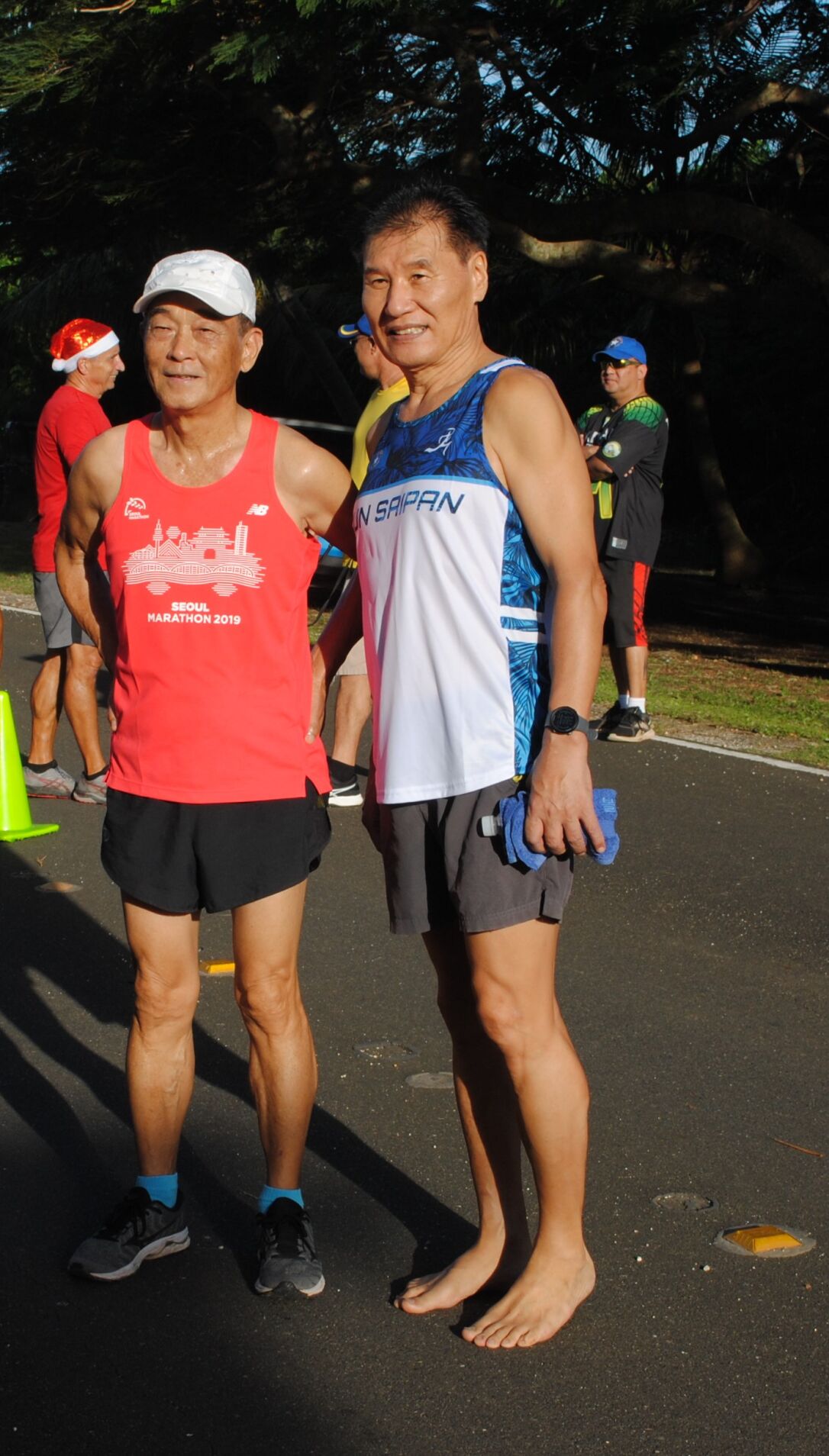 Chang and Chong Nam Lee pose for a photo after completing the 40th Annual Christmas Island Relay Saturday at the Last Command Post in Marpi.

HERE’S what some of the participants of the Northern Marianas Athletics’ 40th Annual Christmas Island Relay have to say about their experiences this year:

Since  the very first island relay held on Saipan, Chong Nam Lee has made it a tradition to participate in the holiday event.

“I started solo since the first island relay,” the 70-year-old runner said. This year, Lee, who runs barefoot, completed the 13.7 mile-long race under three hours.

Joining him was his 73-year-old friend Chang who said it was his first time to join the annual event, but added that has been a runner for nearly 18 years now.

For the past six years, the students of Agape Christian School had topped the open division. Unfortunately, their streak was broken this year as their best runners were unable to participate due to the Covid-19 outbreak.

According to ACS Pastor Kok Pang, “Our best runners were quarantined at Kanoa Resort. Only Eason Tang was OK. The rest tested negative but they're not well.”

The rest of Agape’s top runners who did not take part in the relay this year were Samuel Hu, Caleb Dai, Peter Hu and Caleb Cui.

As for the Agape Team B which participated in this year’s youth division, Pastor Pang said their vehicle malfunctioned during the race.

“Somehow the vehicle’s battery had a problem during the race. So one runner had to run an extra mile,” he said.

This happened during the tag off in Lower Base near the Inos Peace Park, and the mishap cost the team the lead. They ended up in second place with a time of 01:44:12.

“It's OK — we didn't win because of unforeseen circumstances. But we shall return!" Pastor Pang added.

Despite the rising number of  Covid-19 cases on island, Northern Marianas Athletics was able to hold this year’s Christmas Island Relay “face to face” and not virtually.

“Honestly I'm really glad because you know, despite the Covid and all the outbreak, I feel like Run Saipan and NMA and the rest that organized this event did a great job,”  Run Saipan Team A captain Angel San Nicolas said.

Run Saipan president Edward Dela Cruz Jr. agrees. “I'm just really happy because the last time we had a face-to-face event was in September and after that we just kept doing virtual races because of the Covid. So I'm really thankful to Robin Sapong and NMA,” he added.

NMA secretary general Robin Sapong said because of Covid-19 restrictions, they had to limit the number of teams this year, “but hopefully in the future we could expand once again — we could get at least 25 teams easily.”

He added, “At the end of the day we want the community to be fit and healthy.”