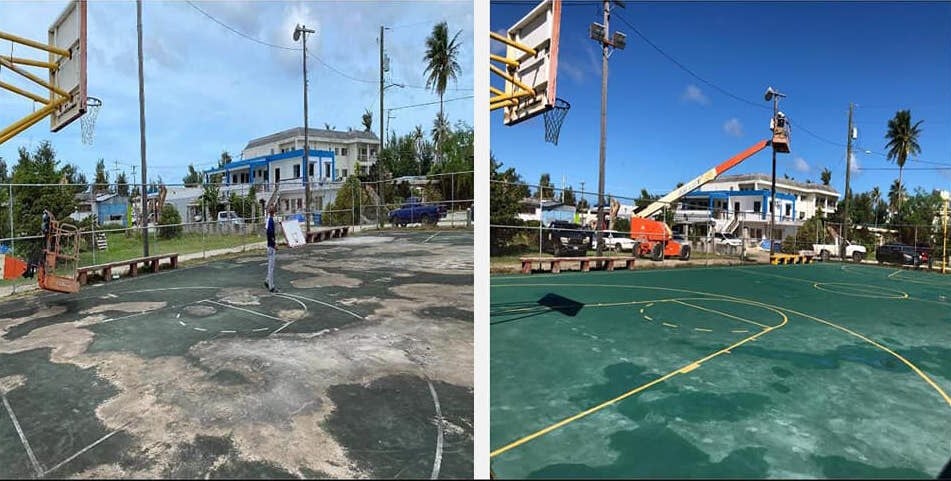 The before and after photos of the Susupe Basketball Court. 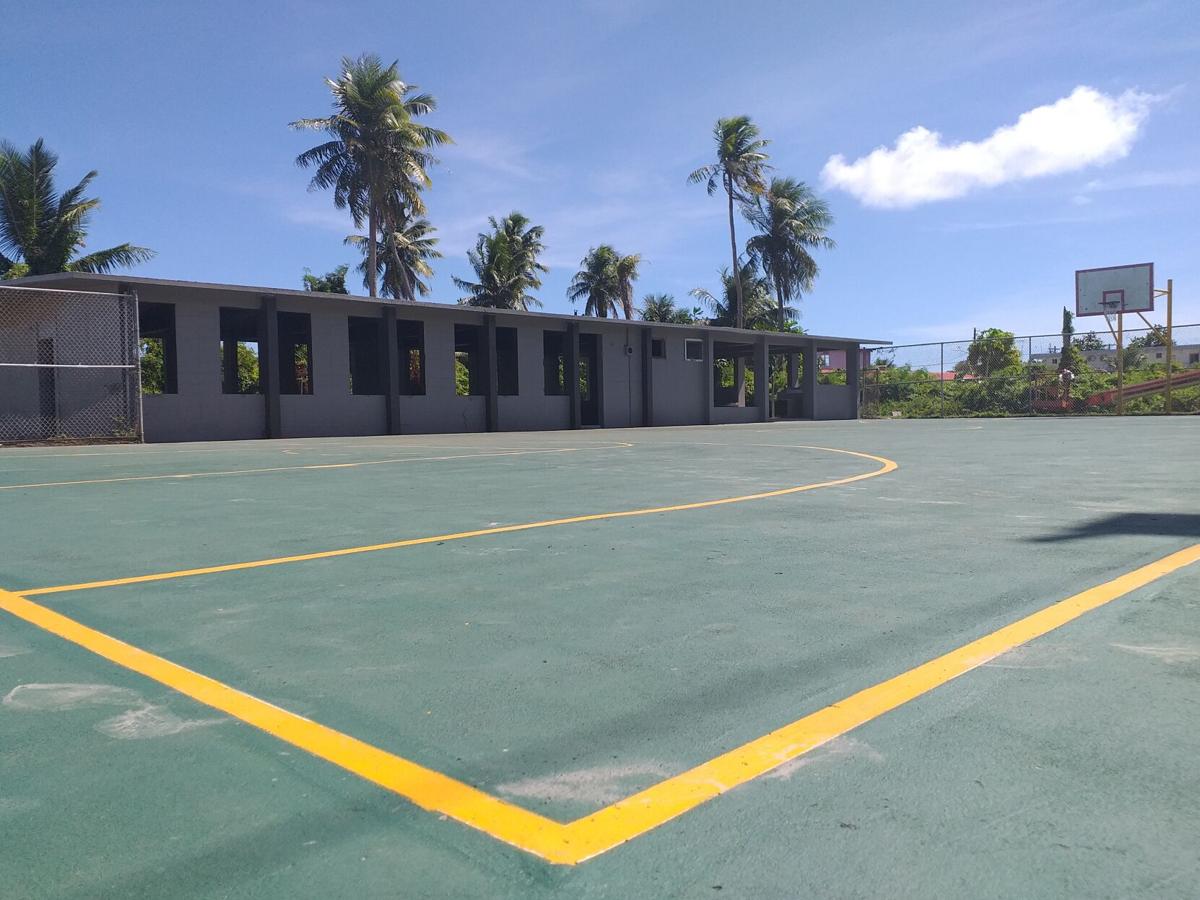 The basketball court and youth/center social hall in Susupe have undergone a facelift.

The before and after photos of the Susupe Basketball Court.

The basketball court and youth/center social hall in Susupe have undergone a facelift.

(Governor’s Council of Economic Advisers) — A small group had a scrimmage at the other half of the Susupe Basketball Court just a few hours after the facility was repainted.

That’s how excited they were to have the court back and see it undergo a facelift after watching the facility deteriorate due a decade of lack of maintenance and vandalism plus the damage it sustained from two super typhoons.

The offices of Precinct 2 Reps. Tina Sablan and John Paul Sablan  aim to bring the basketball court, along with the youth center/social hall, back in top shape as they team up with the Governor’s Council of Economic Advisers in sprucing up the Susupe facilities through the Public Private Partnership initiative. The PPP campaign calls for the transformation of destination sites on all three islands, including facilities in various villages that residents use for community, recreational, and sports events.

Proving that for the community, politics has no divide, the two lawmakers worked with their respective staff and several volunteers as they cleaned and repainted the basketball court’s flooring and the adjacent youth center early this month.

“This improvement project means so much to the people of Precinct 2. The Susupe basketball court and social hall have been in a state of disrepair for years now, but at one point the site was an important recreational facility and gathering place for the community. It will be wonderful to see the place in regular use again,” Rep. Tina Sablan said.

Long-time Susupe resident Joe Sizemore welcomed the improvement at the facilities, saying the youth will greatly benefit from the facelift while families can also use the social hall again.

“I still remember when we used to have our fiesta at the social hall and lots of kids would play at night when the court was still in good condition. It will be better to see our youth playing basketball with their friends than having them out on the streets where they are tempted to get into trouble,” said Sizemore. “Having the lights on will also discourage people from doing bad things in that area and will help us residents keep an eye on them.”

Rep. John Paul Sablan said once the renovation and other improvement works are done, they are looking at teaming up with a non-profit organization for the maintenance and management of the basketball court and youth center/social hall.

“We also plan to partner with other government agencies and NGOs to provide youth programs for the community,” he added.