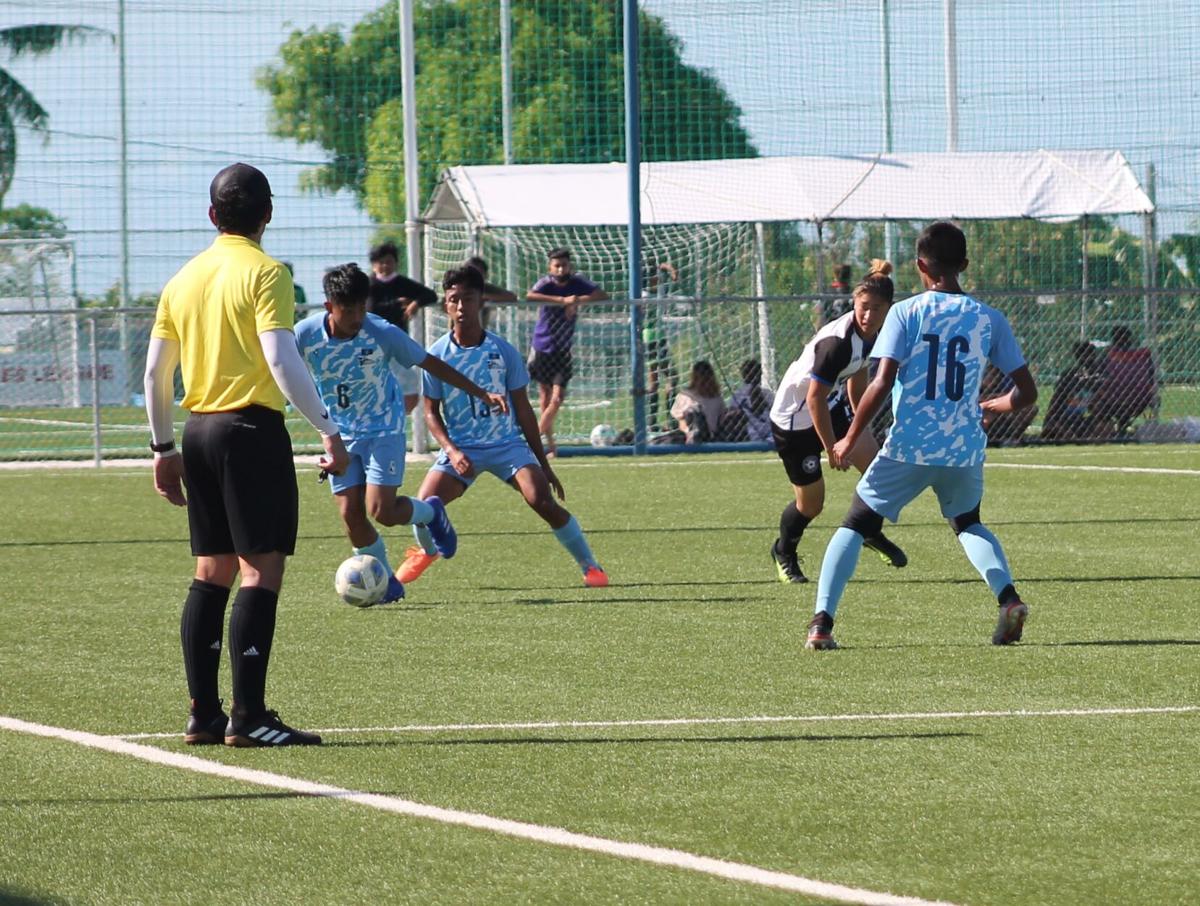 U18 Team A's Daniell Pablo looks for an open teammate during a Men's M-League Spring 2021 game at the NMI Soccer Training Center. 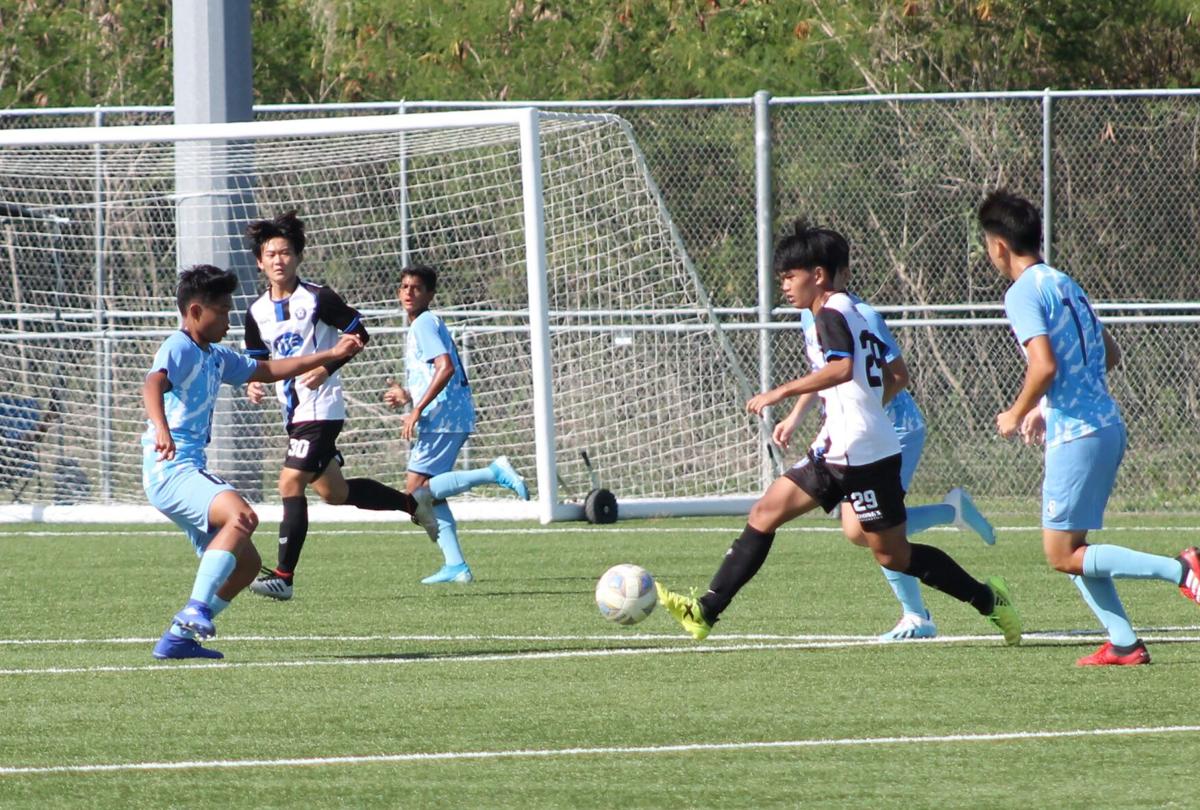 U18 Team A's Daniell Pablo looks for an open teammate during a Men's M-League Spring 2021 game at the NMI Soccer Training Center.

THFC had an early start as its players went for the kill and opened several shot opportunities. After eight minutes of action, THFC finally found the back of the net courtesy of Mareko Tekopua.

Afterward, neither team managed to score due to their tight defense.

But after 49 minutes of play, THFC managed to break the silence, this time with Thomas Abel taking the spotlight as he sliced through defenders to give his team a 2-0 lead.

Paire, however, remained unbowed and eventually, Logan Mister found his opportunity and  scored a goal at the 80th minute mark, but TanHoldings still won,  2-1.

Another exciting Division A game was the match between U18 Team A and MP United Football Club.

MPU was the first to draw blood in the first half with Andrew Schafer draining the goal at the 32nd minute mark.

But in the second half, U 18 A’s Kaden Church managed to equalize the score.

Because neither team could break the resulting tie, the match ended in a 1-1 draw.