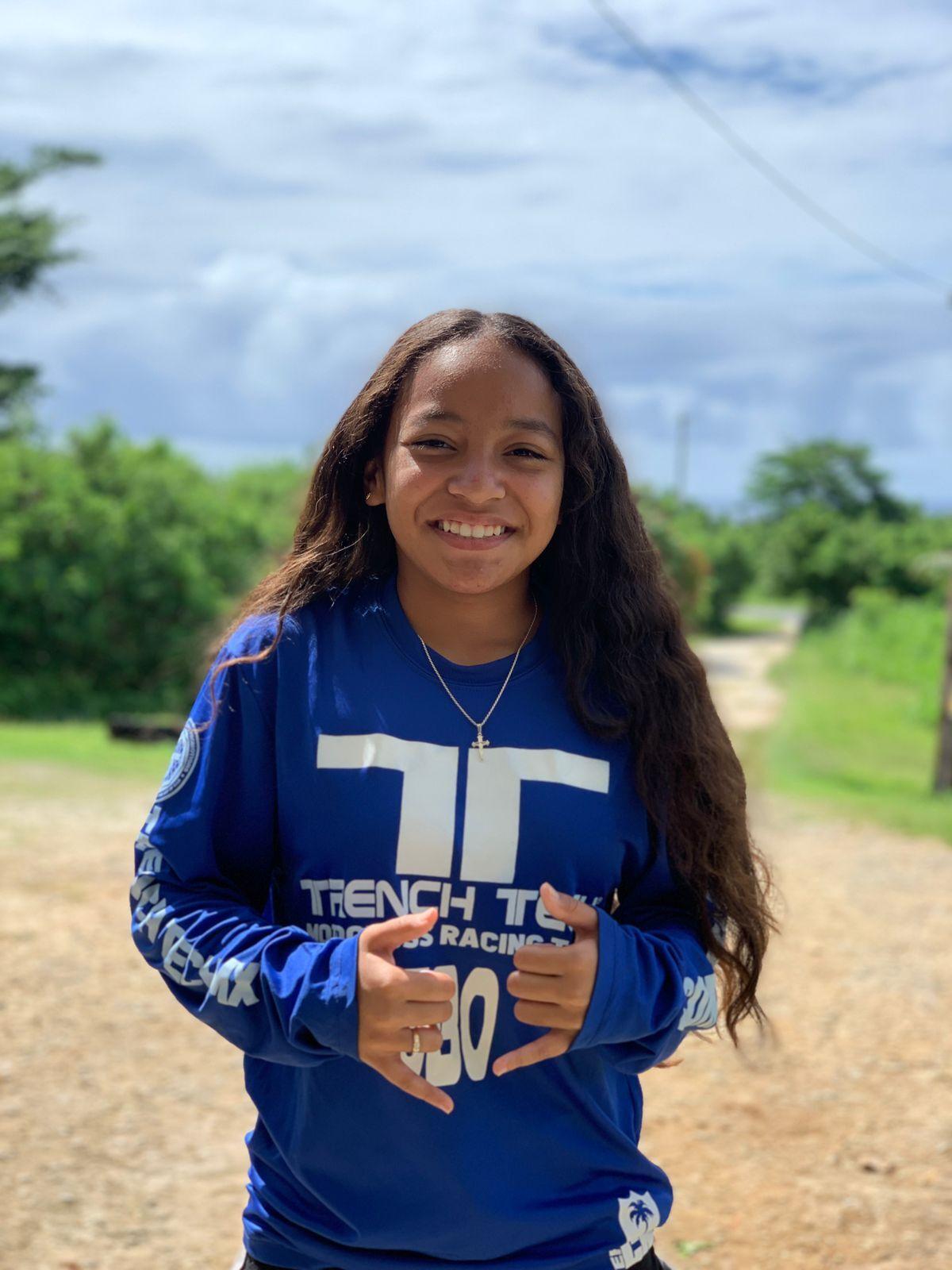 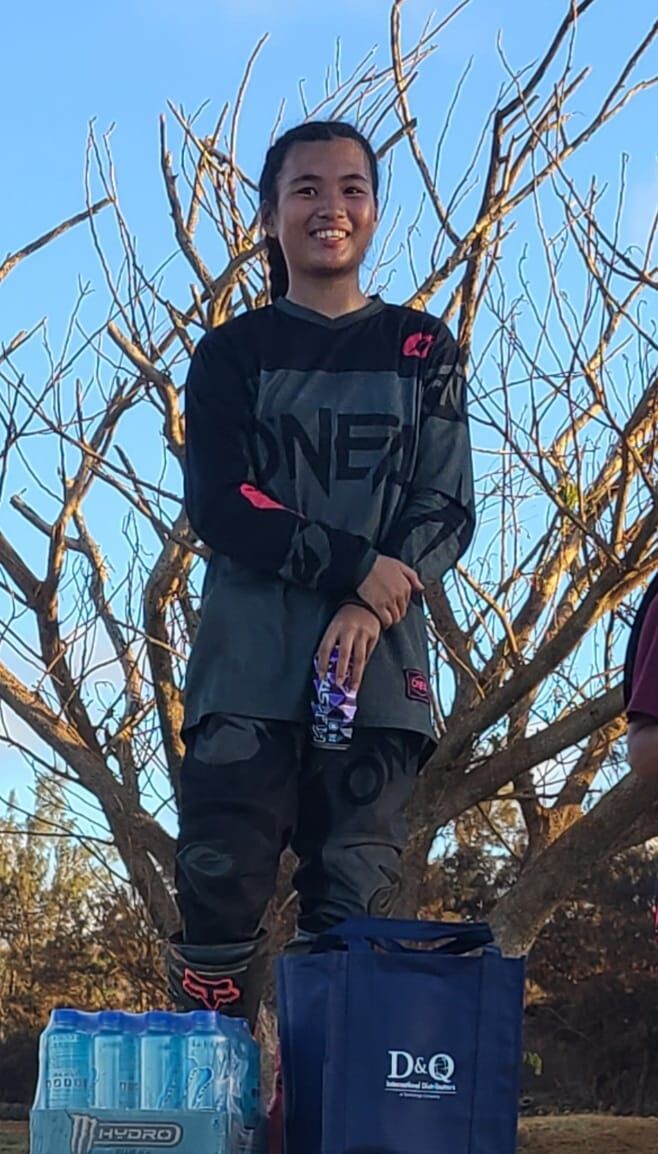 Nanako Celis, 12, is one point away from the top of the Power Puff Girls Class standings. Her ride is a 2017 YZ85cc bike and she’s with Team Trench Tech MX.

Nanako Celis, 12, is one point away from the top of the Power Puff Girls Class standings. Her ride is a 2017 YZ85cc bike and she’s with Team Trench Tech MX.

THE top spot is up for grabs in the Power Puff Girls Class of the Marianas Racing Association Points Race Series with only one more round left.

On Sunday, June 27, at Cowtown Raceway Park, round 6 of the series saw Edina Cepeda rising to the occasion as she controlled the track with finesse to claim first place  after two heats with 43 points.

Coming in second was Felomenaleonisa Iakopo with 42 points while Nanako Celis settled for third place with 40 points and Billie Pangelinan was fourth with 35 points.

In the overall standings, Billie Pangelinan remains at the top of the food chain with a total of 263 points.

But just a point behind is Nanako Celis who is second overall with 262 points while in third place overall is Edina Cepeda with 229 points.

In the Big Boy ATV Class, Christian “Hollywood” Camacho leads the pack with his fifth 50-point performance which gave him an impressive grand total of 250 points.