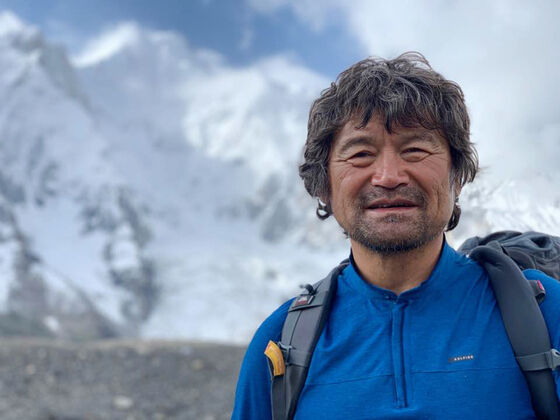 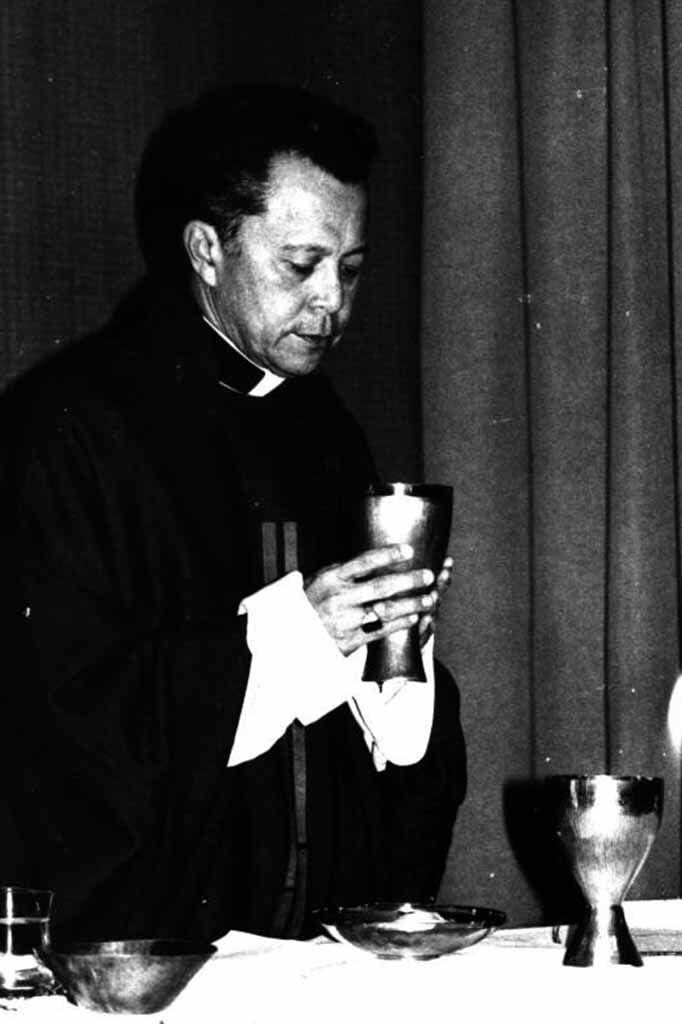 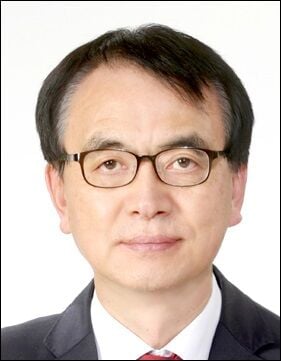 HAGÅTÑA — A Korean mountaineer, Kim Hong-bin, scaled the summit of the Broad Peak on July 18, culminating his long-awaited dream to scale all 14 peaks over 8,000 m. A crowning achievement, indeed. Only 43 climbers were blessed to possess this daunting record. Kim Hong-bin became the 44th honorable record-holder. Surprisingly, Kim Hong-bin is a fingerless climber. All his fingers had to be amputated due to frostbite when he suffered a tragic climbing accident in 1991. After the amputation of all his fingers, he went through the dark tunnel of despair. He found himself unable to make a living, and even unable to change his underwear. However, he was not enshrouded by his despondency. He decided to focus on things he could do well and really love which meant he would climb mountains again. He experienced an epiphany. According to Kim Hong-bin, he only thought about himself before he lost his fingers. But after the injury, he began to think about others. Through desperate efforts, he came to climb high mountains one by one. In order to conquer mountains, he invented climbing tools which had been altered to fit in his fingerless hands. Through these unrelenting and creative efforts, he fulfilled his goal of climbing all the highest peaks on all the seven continents from 1997 through 2009. His challenge did not stop there. He had a strong desire to become a beacon of hope by demonstrating his resolve to reach all 14 eight-thousanders.

He initially dreamt of this at a time when he vainly attempted to scale the peak of Nanga Parbat in 1990. His dream could have died in 1991 following his tragic climbing accident. Despite his seemingly unsurmountable ordeal, he saved his dream from the dark tunnel of despair and started a three-decade-long journey to fulfill it. He risked his life numerous times. Although he faced diverse danger coupled with inclement weather and crevasse etc., he was not intimidated or defeated by it, instead he felt humbled in front of the sleeping giants. As time passed by, his strong desire to scale 14 mountain peaks over 8,000 m turned into an unwavering goal. As part of his training to cultivate basic strength, he fully partook in other sports. He participated in many international competitions in the disabled Skier Section. He took part in the 2002 Paralympic as a member of the Korean national team. He even highlighted his competitive spirit by winning prizes at the cycling championships for the disabled several times.

Kim Hong-bin used to emphasize that with only 1% possibility of success, he would willingly make 1,000 attempts. His steadfastness, well-trained strength, skillful adaptation to decreased oxygen levels, and his spirit of challenge led him to scale notorious mountain peaks like the K2 (2012), Nanga Parbat (2017 ), just to name a few.

Until last year, he scaled all 13 eight-thousanders and only Broad Peak remained to fulfill his long-awaited dream. He is the first disabled climber who is blessed to keep such an unbelievable record. Although his story is inspirational it took a turn for the worst. On July 19, Kim Hong-bin has gone missing while descending after he topped the summit of Broad Peak the previous day. Search operations came to a halt at the request of his wife about one week after he was lost. According to Kim Hong-bin’s wife, he wished to avoid search efforts if he went missing. Now, Kim Hong-bin rests in peace in an unknown place in the Himalaya mountains. Kim Hong-bin also shared with me his last wishes. He once told me he would like to rest in peace in the mountain without being moved. Kim Hong-bin was my bona-fide friend since the day we met in Pakistan in 2016. I pay homage to my friend, Kim Hong-bin, for his heroic and great life.

Archbishop Flores had a strong and long-cherished desire for Father Vitores to be acknowledged as a beatus. Father Vitores, a Spaniard, evangelized in the Marianas region about four years between 1668-1672 and was martyred in 1672. He was truly the father of Christian Mission in this region. There were fruitless efforts for his beatification in the Philippines and Spain more than 300 years ago. Archbishop Flores was dedicated to make this long-unfulfilled dream a reality. Through his and several other partners’ desperate efforts, all the requirements were met for father Vitores to be beatified. However, the unknown date of the beatification ceremony posed a problem. Furthermore, Archbishop Flores was suffering from chronic cardinal and renal disease for a long time. Given his health condition, Archbishop Flores knew well enough that he should speed up the process if he wanted to see the ceremony of the beatification in his lifetime. Consequently, Archbishop Flores decided to appeal to the Pope, His Holiness John Paul II, directly at a time when the Pope paid a formal visit to Korea on the occasion of the ceremony for the 103 Sanctus in May 1984 that marked the 200th year of the arrival of Catholic Church in Korea. Though Archbishop Flores visited Korea with such fervent desire, to have a personal audience with the Pope must have been a really formidable task. He met Korean bishop Kyung Joseph who was in charge of the Pope’s itinerary in Korea and requested a special meeting with the Pope but was cordially declined. The Archbishop was disheartened. However, to his benefit, there was one sister, Shin Nicola, who consoled the Archbishop to go back to hotel and wait there, promising that she would find a way to secure a meeting with the Pope. She was serving as secretary to Bishop Kyung Joseph at that time and knew Archbishop Flores well since she committed about one year for the initial Korean Catholic community from 1982. Thanks to her earnest efforts and last-ditch arrangement, Archbishop Flores could join a dinner in honor of the Pope with only a limited number of participants held at the Ambassador’s residence of the Holy See to Seoul. Archbishop Flores was overjoyed when he got out of the residence because he received a positive response from the Pope. After that, sadly and unexpectedly, the Archbishop suffered a medical crisis on the following day. The Archbishop had to be transported to the hospital because he lost consciousness during the massive catholic event that required an extended period of walking and standing. Additionally, the Archbishop had to endure grueling dialysis three times during his stay in Korea. Fortunately, Archbishop Flores recovered and returned to Guam after completing his desired itinerary. The following year, the Archbishop was honored to attend the awaited ceremony of beatification for Father Vitores in Rome on October 6, 1985. Immediately after the ceremony he traveled to San Francisco where he was treated for his heart condition. According to his secretary and his close family friends, Archbishop Flores had a premonition about his death. Before Archbishop entered the operating theater, he said to his family friends “good-bye and thank you for everything.” He breathed his last breath due to a heart attack despite a successful heart surgery on October 25, 1985. He now rests in peace in the sanctuary of the Dulce Nombre de Maria Cathedral- Basilica.

Kim Hong-bin and Archbishop Felixberto C. Flores both fulfilled their ultimate dreams, and in the process, their lives were risked. Both of them lost their lives after the accomplishment of their dreams. Though they lost their lives, their spirits, the essence of who they are, live on forever. Archbishop Flores: his statue, also known as the Archbishop Felixberto Flores Memorial Circle, was erected by the Filipino community two years after his death. (The Archbishop’s father was Filipino). It is a landmark of Guam that resonates with the people of Guam. Similarly, Gwangju Museum of Art hosted a photo exhibition for climber Kim Hong-bin titled Life Beyond the Mountains last year. And it is no doubt that memorial projects in honor of Kim Hong-bin will be vigorously carried out in the days to come. It is men like these that inspire. If there is anything that the readers take from these stories, let it be this: never give up on your dreams, even if the odds are against you.

The author is head of mission of the Consular Office of the Republic of Korea in Hagåtña, Guam.